Each semester, Michelle Ciulla Lipkin struggles with the right time to share a very personal story with her media studies students at Brooklyn College. She hopes it will help explain her desire for a more media-literate society. She also hopes it will explain how the media’s coverage of a news story forever changes the experiences of those individuals who become part of the story.

The lesson usually follows a terrorist attack, she says, and in this case, the recent attack in Lower Manhattan, which killed eight people on Oct. 31, 2017.

The story she shares starts out in 1988, just before Christmas. Then-17-year-old Ciulla Lipkin had dropped off poinsettias at her home in Park Ridge, New Jersey, in preparation for the holidays when the family would be together again. At around 3 o’clock in the afternoon, Michelle’s mother, Mary Lou, had the TV on when her soap opera was interrupted with breaking news.

When your personal tragedy is news

It was nighttime in Lockerbie, Scotland, and the images were dark and unclear, save for the flames, and the sounds of the ambulances. The same images flooded the television screens; the news outlets didn’t have much to go on, Ciulla Lipkin said, so they repeated them over and over again.

“No cellphones, no internet, no tracking his flight, no special announcement,” the youngest of three recalled. “The only news they got was what everyone else was getting,” something that would be hard to fathom today, she said.

It would take another 13 hours for the family to receive confirmation that their father, Frank Ciulla, was a passenger on board Pan Am 103 when it exploded over the U.K. on Dec. 21, 1988.

Ciulla, a 45-year-old executive for Chase Manhattan Bank, was killed along with 258 passengers and crew and 11 local residents.

“Once you are the subject of a news story, your entire perception of all news and all-things-media changes, because it’s about you and your family and your experience.”

Almost 30 years later, his daughter remembers “like it was 10 minutes ago.” Ciulla Lipkin thinks often of that moment when her mother’s soap opera was interrupted — an interruption that would go on to symbolize the media’s long intrusion into her family’s life.

Iconic images like the cockpit lying in the open field, the crater where houses once stood and the searchers combing through the wreckage in the days after the Lockerbie bombing have seared themselves into the public’s memory. But the way the public remembers a major news event is not the same as those who experience the trauma firsthand, Ciulla Lipkin said.

“Once you are the subject of a news story, your entire perception of all news and all-things-media changes, because it’s about you and your family and your experience,” she said, “And that is something that I think people forget a lot.” 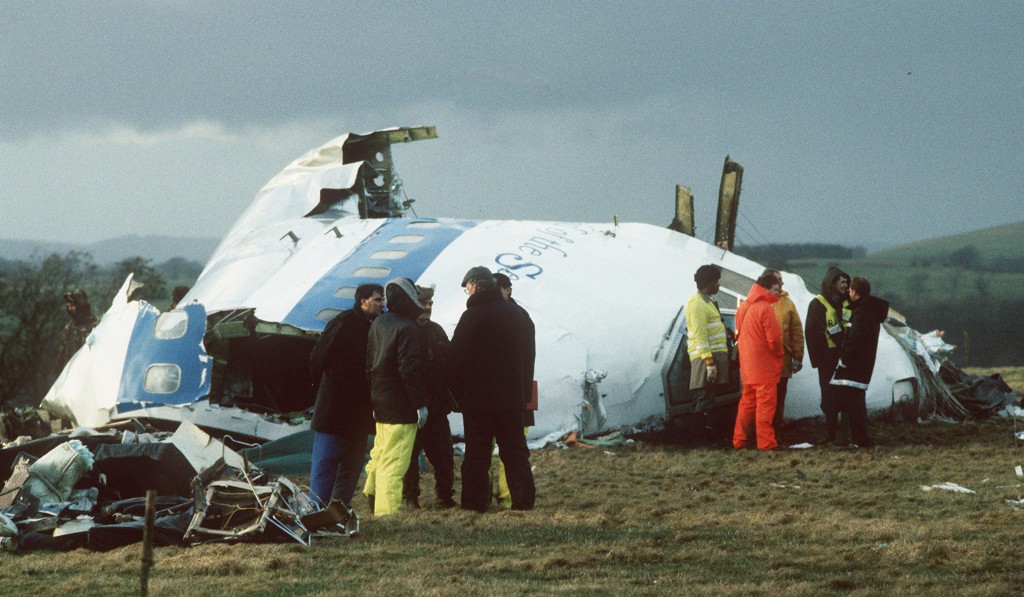 Emergency service workers seen next to the wreckage of Pan Am Flight 103, in a farmer’s field east of Lockerbie, Scotland, onDec. 23, 1988. Photo by REUTERS/Greg Bos/Files

Like nearly all news stories pre-internet, the story of the Lockerbie bombing was a story largely told by the news media. “And I believed that story was my dad’s story,” Ciulla Lipkin said.

“Finding out three and a half years later later that that actually wasn’t his story — it was part of the whole story of the plane crash, but it was nowhere near my dad’s personal story — changed everything.”

In 1992 the Ciulla family discovered important details about what had really happened to their father in the bombing and crash. During a conversation with the Connells, the family who found Frank Ciulla’s body on their farm in Waterbeck, Scotland, they learned he had actually died six miles from the crash site — far from the crater where houses once stood. He was sitting upright, still strapped into his seat.

While it had taken 10 days after the crash for authorities to give official word that they had found and identified their father, the Connells knew after 20 minutes. They went to work shielding Frank Ciulla’s body and protecting him from the press. Like many others in the area, they washed and ironed the clothes of the deceased to give to family members.

Not long after this conversation, the Ciulla family visited the Connells in Scotland. Seeing the spot where he died gave them some hope in a story that had been solely filled with tragedy, Ciulla Lipkin said. After the visit, the Connells sent the Ciullas a letter, writing, “He was never just another victim to us. For months we called him our boy. Then we found out his name, he was our Frank.” 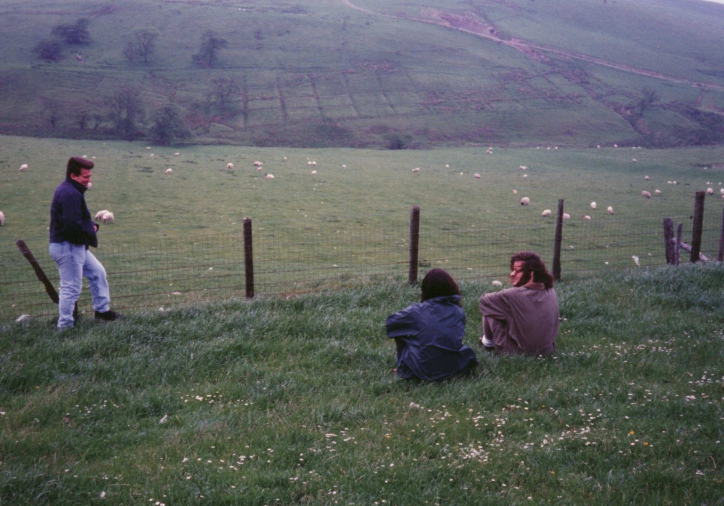 ‘Frank, Laurie, and Michelle together at the spot Dad was found,’ reads the caption in “Memories of Frank.” Photo used with permission from the Ciulla family.

Learning more details helped the Ciullas feel some control over their father’s story for the first time — they felt they had taken their power back, she said.

“We turned it around and decided we are not going to let the media tell an incomplete story. We are going to get out there and tell this part of it,” she said.

But knowing how to access, analyze and evaluate media — and create media yourself — known as media literacy, takes education that, as a young teenager, she didn’t have.

Her desire to help teachers and students as well as parents and community members understand the impact of media has led to media literacy education playing a central role in her life. Ciulla Lipkin serves as the executive director of NAMLE, National Association for Media Literacy Education.

The nonpartisan NAMLE along with its dozens of partner organizations just wrapped up its third annual Media Literacy Week on Friday.

“If I had been more literate about media and news, my reaction and processing of my dad’s death would have been different.”

Media literacy allows young people to have some control over how they understand the media, according to Ciulla Lipkin.

One of the best ways to get them to do this is by asking questions: What is the main message of this news story or piece of music or Netflix show? Who made it? Who is the audience? What information is missing?

The media landscape has changed tremendously over the last 20 years. The American Academy of Pediatric reports children spend an average of seven hours a day consuming media. Children 8 and younger who spent about 15 minutes a day using mobile devices in 2013 now spend 48 minutes a day, according to a new report by Common Sense Media. As a result of these changes, a report by the Erikson Institute gives insight into the importance of media literacy education starting in early childhood.

“We think whole families need to be taught media literacy together,” according to Tamara Kaldor, associate director of Erikson’s Technology and Early Childhood Center, who noted that many parents never learned about media literacy growing up. 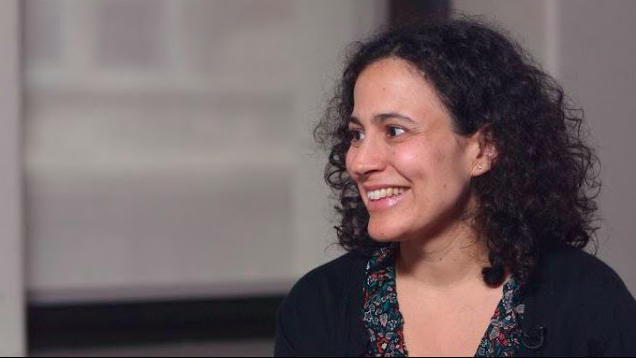 Perhaps one of the biggest shifts in the media landscape that has allowed more people to share their story comes from social media, she says.

On her blog, she shared strategies for parents and educators on how to talk with kids about traumatic events in the wake of the attacks in Paris and inspired by conversations with her own son. 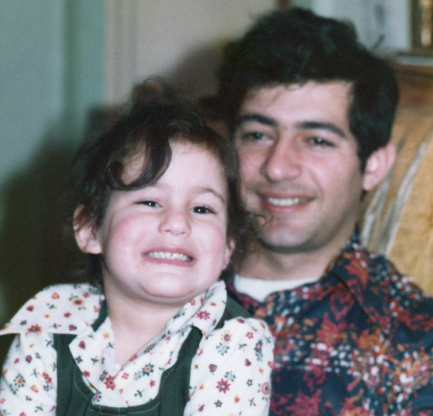 Michelle Ciulla Lipkin as a young girl with her father, Frank Ciulla. Photo from “Memories of Frank,” used with permission by the Ciulla family.

Yet news coverage of terrorism over that of cancer is certainly not the message we are hearing, Ciulla Lipkin said. It’s a hard statistic, she says, because her dad was the one out of 45,000.

“The news is covering terrorism like its absolutely the biggest threat America has faced, but the data suggests its other things.” She says she asks her students why news outlets will show images of the attack site in Lower Manhattan over and over again, while they don’t cover the 140 who die daily in the opioid crisis.

Understanding media literacy skills, including the amount of news coverage a story receives, has the power to change perspectives and culture and who people are going to vote for, Ciulla Lipkin shares with her students.

And, she said smiling, Frank Ciulla would be thrilled at the work his daughter is doing.

If you would like to hear Frank Ciulla’s story from those who knew him best, read Memories of Frank, written by his family. 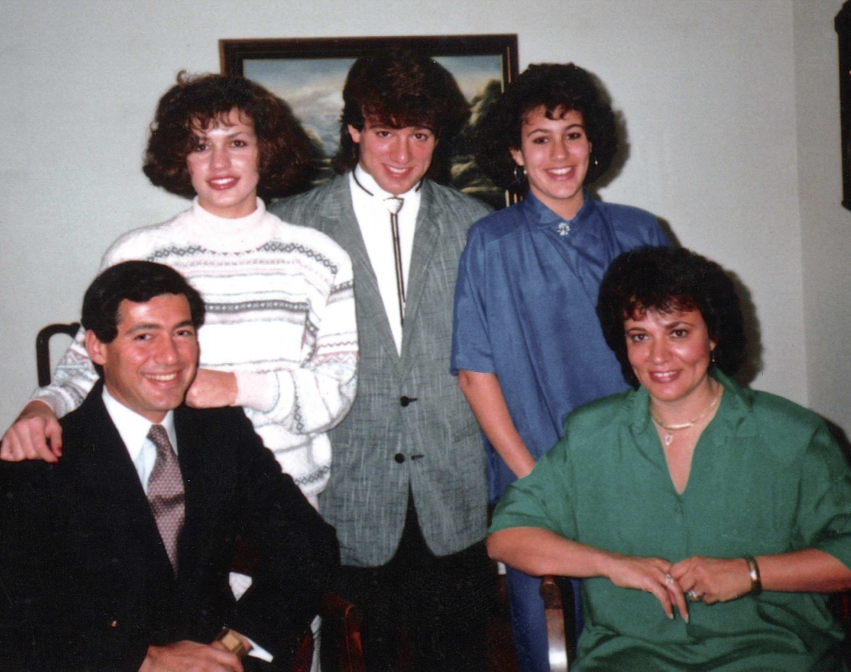 Left: The media gather to overlook Barlinnie prison in Glasgow, ready to take charge of the terrorist who blew PanAm flight 103 from the sky above Lockerbie. Photo by David Cheskin/PA Images via Getty Images