How COVID-19 has made some colleges question the academic calendar

You won’t know it from their mostly empty campuses, but colleges and universities will be bustling this summer.

With millions of Americans unemployed or reluctant to travel or socialize because of the COVID-19 pandemic, and even though most courses will be online, summer registrations at colleges nationwide appear to be booming.

At Ozarks Technical Community College in Missouri, for example, 3,907 students have signed up for online courses, a number 67 percent higher than it was last summer, said Hal Higdon, chancellor of the six-campus system.

It’s more than just another pandemic-related blip, said Higdon; it’s a wake-up call to the rest of higher education that schools should stop shutting down in the summer, a tradition that dates to a time when students had to go home to help on the farm, and that he said persists because of inertia.

Taking courses in the summers lets students rack up credits, save money and speed up degree attainment.

Limits on what most institutions offer in the summer result from “laziness and lack of leadership,” Higdon said. “We’re still tied to an agrarian calendar that goes back to the 1700s.”

Many of the students who are taking summer courses at Ozarks and other community colleges are already enrolled at four-year universities that offer few or no credit-bearing classes in the summer, and to which they are expected to return, officials said.

READ MORE: While focus is on fall, students’ choices about college will have a far longer impact

The pandemic appears to be accelerating a trend that was already under way. Compared to students who entered four-year colleges and universities in 2008 and switched to two-year institutions at some point in their college careers, those who entered in 2011 were significantly more likely to make that switch only in the summer. Of the students entering in 2011, nearly 150,000 had taken summer courses at community colleges during the subsequent six years, according to the National Student Clearinghouse Research Center.

The practice, known as “summer swirl,” improves graduation rates, the center found. That’s because taking courses in the summers lets students rack up credits, save money and speed up degree attainment.

Those benefits may be propelling this summer’s surge at two- and four-year colleges. Nearly 77,000 students — a 17 percent increase over last summer — enrolled in online summer classes at the City University of New York through June 1. William Carey University in Mississippi has blown past its previous summer enrollment record, with the largest gains in its education and nursing programs, the school said.

At Central Louisiana Technical Community College, summer enrollment is up nearly 14 percent, even though the school has had to suspend new enrollment in its popular prison and welding programs, college officials said. The University of La Verne in Southern California doubled summer enrollment among traditional undergraduates this year, the school said.

The pandemic has been “a time of learning lessons” for colleges, said Yolanda Watson Spiva, president of Complete College America, which works to improve college graduation rates.

Among those lessons is that summer school gets people their degrees in less time, at a lower cost. 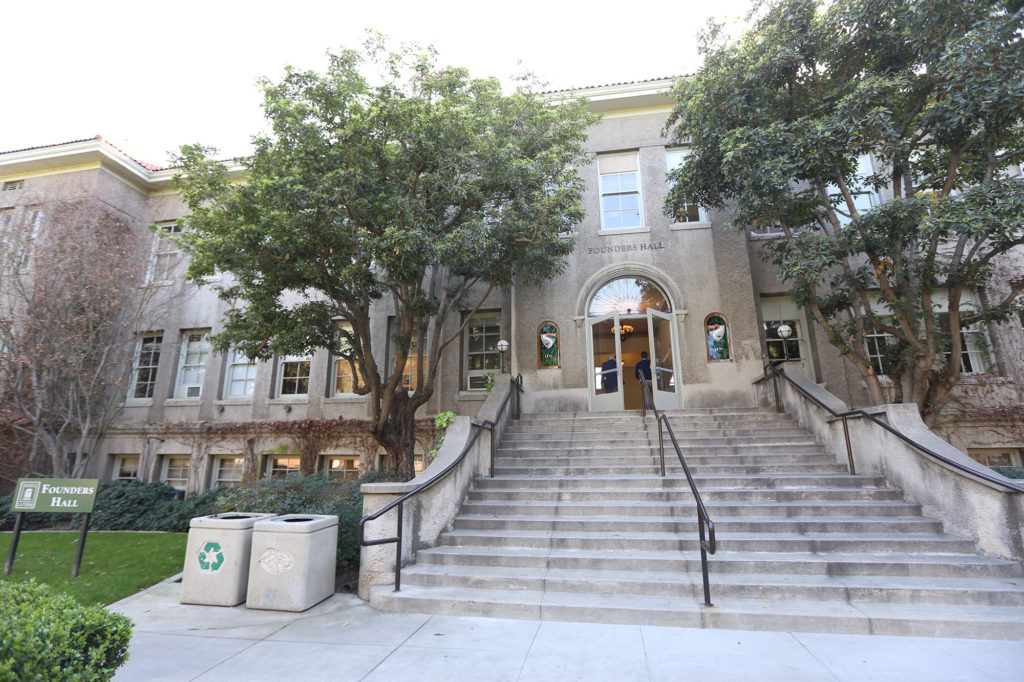 The University of La Verne in Southern California has had twice as many traditional undergraduates sign up for the summer as it did last year. Photo by Iris Schneider for The Hechinger Report

Changes in college student demographics have also led to increased demand for summer classes. Today, fewer students are the traditional 18- to 24-year-olds who cherish summer vacations or internships; they’re older adults with families and jobs who don’t understand why the educations they need come to a halt in late April and don’t resume until the end of August. 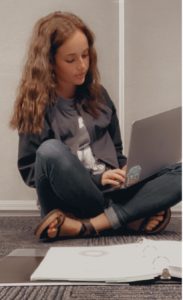 Eden Schweitzer, a student at Ozarks Technical Community College, is taking anatomy and math this summer in the hope of getting into the competitive dental hygienist program. “I won’t do anything else until I get my course done,” she says. Courtesy of Eden Schweitzer

But universities say there are several barriers in the way of offering classes in the summer. They often pay less to teach them, for example, making full-time professors reluctant to take them on. This hasn’t stopped several colleges from hastily adding credit-bearing courses this summer for their newly admitted students, who administrators worry might not show up for the fall term.

For Eden Schweitzer, a 17-year-old student at Ozarks who graduated high school early and started college this year, taking classes this summer was a no-brainer. With her focus squarely on getting into the college’s competitive dental hygienist program, Schweitzer is taking both anatomy and math.

“I wake up early and start my course,” she said. “I won’t do anything else until I get my course done.”

The University of La Verne has discounted summer tuition for continuing students and is offering a free course about COVID-19 for incoming freshmen. The school expects about 100 students to take the class, said Mary Aguayo, vice president of strategic enrollment management.

READ MORE: With higher ed in limbo, students are switching to community colleges

Queens College in New York City has been almost overwhelmed by the summer demand, said Daniel Weinstein, interim dean of the School of Mathematics and Natural Sciences. Part of the City University system, Queens has hit 10-year highs in the number of students in its summer online computer science, nutrition and biology courses, Weinstein said.

“I have opinions, but we don’t really know why this is happening,” he said. “Probably a lot of students who were nervous about coming to campus jumped on this.”

“The pandemic has raised a lot of questions about long-held traditions about how to deliver higher education. The academic calendar is one of them.”

Like many public colleges, Queens and the rest of the CUNY system expect to be hit hard by budget cuts stemming from the pandemic-devastated economy. The crisis has led most schools to rethink how they do business, both during the summer and otherwise, said Peter Eckel, a senior fellow at the University of Pennsylvania’s Graduate School of Education.

Colleges and universities should be using the opportunity to think about why they haven’t offered more summer classes, he said.

“The pandemic has raised a lot of questions about long-held traditions about how to deliver higher education,” Eckel said. “The academic calendar is one of them.”

This story about summer courses was produced by The Hechinger Report, a nonprofit, independent news organization focused on inequality and innovation in education. Sign up for our higher education newsletter.

Left: A college student taking a coding class online. Even though almost all classes will be online, registrations at colleges that are offering courses in the summer appear to be booming. Jackie Mader/The Hechinger Report

How distance learning illuminates disparities among students and teachers