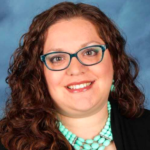 Opinion: Learning to be the ‘new me’ after the Parkland tragedy

I remember the day vividly. It’s the hours, days and weeks since then that are a blur. I attended funerals and vigils. I was still a mother to my children, a wife to my husband. I had to plan for the inevitable return to work, completely uncertain of what that first day back would bring.

I have been afforded the opportunity to travel and do many different things as an activist. I went to Washington, D.C., in June 2018 to speak at The National Archives as a guest of the Former Members of Congress Association. I edited and contributed to “Parkland Speaks,” a book published by Random House in January 2019 that highlights various accounts from Marjory Stoneman Douglas (MSD) survivors. I was a founding member and teacher adviser for the Student Gun Violence Summit that took place in Washington in October 2018.

At the gun summit, I met Abbey Clements, who was a teacher at Sandy Hook Elementary School in December 2014. She was there the day that 26 people, including 20 students, were murdered. She and I became fast friends. She has since become a huge source of support and inspiration. I’ve called her to vent and cry. I text her to make sure that what I’m going through is normal – even though it’s abnormal to me. She assures me that things will be OK, and I believe her.

I also had the opportunity to meet and hear Paula Reed speak. She was a teacher at Columbine High School in April 1999. She spoke to the entire MSD faculty at on Jan. 7, 2019. She shared her experience that day, as well as what the first anniversary was like. She spoke honestly and candidly about moving through the other anniversaries, and how some are easier than others. She said that it took her some time to realize that she needed to learn to like the new person she’d become and mourn the loss for the person she was.

When she said that, I cried. I hadn’t thought about it that way before. I knew that I was a different person and that I had changed, but I didn’t realize the full scope. It was like Paula had brought me from black and white to color with just a few words.

When you go through something traumatic, it takes your brain a while to process what you experienced. It takes your body a while to do the same. Sometimes they’re in communication with each other. Sometimes they’re not. I see a psychologist once a week. She has helped me more than she’ll ever know. Through Eye Movement Desensitization and Reprocessing (EMDR) therapy and just the simple act of talking, I have begun the process of uncovering pieces of my trauma I didn’t realize were impacting me. I have been in therapy on and off throughout my life. I am a huge advocate for mental health, and know that I wouldn’t be where I am today – as related to 2/14 – without it.

I read this piece up to this point to my husband so he could give me his feedback. He told me that I forgot to add that I am a survivor. I am a victim. I am a hero.

I told him that I don’t describe myself that way. He said “Sarah, you kept 15 students safe that day, until the SWAT Team released you from your classroom. You ARE a hero.” I did my job, just like any other teacher would. I don’t call myself a hero, but my husband does – and reminds me of it when I forget to say so.

I knew that I was a different person and that I had changed, but I didn’t realize the full scope.

Recently, I received a text from a former student who graduated in June 2018. She was having a difficult time and wanted to talk. She asked if she could call me, even though it was 10:50 p.m. I told her it was fine, and then we spent the next half hour talking. She moved away from the area and has been having trouble processing what’s going on as the anniversary gets closer. I listened to her and let her cry. I told her how I’m struggling, too. We all are. Some days are just better than others.

I have used my voice to bring about change. I use my influence on social media to advocate for what I believe is right. I endorse candidates who will fight for educators and gun reform. I will speak up and speak out every day for the rest of my life. I will fight for those who are no longer able to do so.

I have been at Marjory Stoneman Douglas High School for five of the 17 years I’ve been a teacher. I love my school. I love my community. I love my job.

I am positive. I am passionate. I am proud to be an Eagle. I am #MSDStrong.

Sarah Lerner is a teacher at Marjory Stoneman Douglas High School in Parkland, Florida. She has been teaching for 17 years. She advises the nationally-ranked and award-winning yearbook, Aerie, and also teaches English and Intro to Journalism. Sarah is a finalist for the Florida Scholastic Press Association Teacher of the Year, as well as a Columbia Scholastic Press Gold Key Award finalist. She enjoys watching mindless tv, crocheting, spending time with her husband and two children and writing. Sarah's blog, Life Long Lerner, has helped her in her journey since February 14, 2018.

If we arm teachers, ‘we have accepted… that school shootings will not stop,’ says Detroit teacher