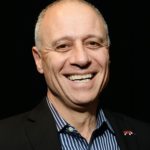 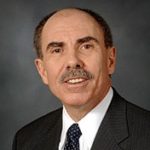 As thousands of high school students walk across the graduation stage this month, deep concerns exist for the many students who are not walking with them. While the nation has seen graduation rates rise from 71 percent in 2001 to 84 percent in 2016, with 3 million more students graduating over that period rather than dropping out, too many students still fail to reach this milestone of success by 18.

We must move beyond the national numbers of progress to see what is going on in states and communities to ensure more equitable outcomes for all.

As states have new flexibility under the Every Student Succeeds Act to set graduation rate targets and be accountable for progress, the country must move beyond the national numbers of progress to see what is going on in states and communities to ensure more equitable outcomes for all students. Based on the findings contained in our latest Building a Grad Nation report, we recommend that states focus their efforts in these critical ways.

First, our data show there are still more than 2,400 “low-performing” high schools in 2016 under the ESSA definition – the schools that fail to graduate one-third or more of their students on time. The law provides resources to improve the performance of these schools, but money must be spent wisely, investing in educational improvements and student supports with a strong evidence base. Reforming schools and districts is not easy work, but there are proven strategies available, and America must embrace this second act of the dropout challenge to ensure vulnerable students have an equal chance.

Third, this school-level challenge exists at the district-level as well. In New Mexico and New Jersey, the one-third and one-fifth of school districts with gains above the national average were able to offset (due to their relative size) the majority of districts in their states that saw no gains or backsliding. In California, Oregon, Mississippi and North Carolina, 40 to 60 percent of school districts had gains above the national average, which offset the substantial number of districts growing at slower rates or going backwards. To achieve a 90 percent graduation rate, we must look beyond state rates of progress to variation in district growth.

Fourth, we must also take a deeper look at who is not graduating and whether states are holding themselves accountable for progress with student subgroups. Certain student subgroups remain extremely vulnerable: students of color, students with disabilities, and English learners. In some states, gaps between these subgroups and their peers are 25 percentage points and higher. We also are learning more about students who experience homelessness, whose graduation rates across the eight states that measure them are the lowest in the nation. All these gaps call into the question the state obligation to provide a fair, comprehensive and equitable education under their constitutions.

Finally, we are concerned about the quality of diplomas and the pipeline to postsecondary education. Data show that 89 percent of high schools have at least one credit recovery course and we know almost nothing about them. Alternative schools to help students with mitigating circumstances are also growing, but questions abound as to their quality. And while black and Hispanic students who immediately enroll in college only have a 6- and 2-percentage-point gap with white college enrollees, college attainment gaps between these populations are still wide. A lack of access to rigorous courses in high school and failure to integrate social, emotional and academic development equitably are likely culprits.

America has made progress in meeting its dropout challenge, but as responsibility shifts from federal to state centers of accountability, we must remain vigilant to ensure continued progress in helping more students stay in school and on a pathway to adult success.

Editor’s Note: The 2018 “Building a Grad Nation” report is authored by Civic Enterprises and the Everyone Graduates Center at the Johns Hopkins University School of Education, and released Tuesday in partnership with America’s Promise Alliance and the Alliance for Excellent Education. Together, the four organizations lead the GradNation campaign, a nationwide effort to boost the on-time high school graduation rate to 90 percent and prepare young people for postsecondary enrollment and the workforce. All four co-authors have been leaders of the GradNation campaign for more than a decade, supported by the AT&T Foundation. Read more here.

Robert Balfanz, PhD, is a co-director of the Everyone Graduates Center and research scientist at the Center for Social Organization of Schools, Johns Hopkins University.