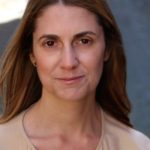 GRANITE, Utah — On a recent winter afternoon, the scene inside Dobrila Hasic-Botic’s preschool classroom in Granite, Utah, seemed typical of a high-quality pre-K. A 4-year-old in a poufy pink skirt recited the first letter of her name. A boy in jeans and a golf shirt drew shapes on a small whiteboard in his lap. And a 3-year-old with an infectious smile did a somersault on the rug.

Granite is the first district in the nation to be financed by private investors who pay upfront for preschool seats.

But preschool in this struggling Utah district is far from ordinary. Granite is the first district in the nation to be financed by private investors who pay upfront for preschool seats, and make a profit if enough of the district’s “at-risk” kids succeed.

The controversial financing tool, often referred to as a social impact bond, has allowed this cash-strapped district, one of five in the Salt Lake City area, to provide high-quality early education to thousands of poor 3- and 4-year-olds who might have otherwise stayed home.

Taxpayers in Utah favor lean budgets: Even though other states have moved toward state-funded programs, preschool remains a tough sell here.

So, in 2013, the local United Way, which had been assisting this district with its preschool programming, made a deal with Goldman Sachs and the J.B. & M.K. Pritzker Family Foundation, a Chicago-based non-profit that provides early education funding. They agreed to invest $7 million to expand the district’s award-winning program — it was named a U.S. Department of Education “Center of Excellence” in 2006 — by 3,500 seats over five years. Taxpayers would avoid the cost of upfront money, in return, investors hoped to turn a profit.

But with social impact bonds — sometimes referred to as pay-for-success financing models — investors aren’t actually guaranteed that profit. They only get it if the programs they invest in “succeed.” And success is a metric that is carefully negotiated: the higher the success rate, the more investors make.

In Granite’s case, the district, the United Way, the investors and an evaluator at Utah State University agreed success would be measured by the number of “at-risk” preschoolers who avoided special education once they hit elementary school. Today, in Utah, those special education services cost around $3,000 per student per year.

According to the terms of the agreement, investors were to be paid back, using a portion of those annual special ed savings. The remaining savings are left on the table; ideally, they will be pumped back into more preschool for more poor kids.

So far, investors say the financing program has far exceeded its goal. In fact, after the first year, they reported a success rate of close to 99 percent. Only one of the 110 children in the cohort who had originally been identified as potentially needing special education in kindergarten actually needed it. Goldman received a $260,000 payout; the United Way reported that state and local agencies had saved $281,550 in special education costs. But the success rate that resulted in those savings has been questioned by some researchers, including Robert C. Pianta, the dean of the Curry School of Education at the University of Virginia, who says it is “unusually high.”

At a time of local belt-tightening and state budget cuts, this controversial model is catching on.

Still, at a time of local belt-tightening and state budget cuts, this controversial model is catching on.

Tallahassee, Florida, is exploring a pay-for-success model that would allow the city to expand preschool to 250 of its poorest children.

And shortly after launching its Utah project, Goldman and the Pritzker Family Foundation partnered with Northern Trust to enter into another pay-for-success preschool arrangement, a deal in Chicago, nearing $17 million. Like the program in Utah, the Chicago investment is also designed to reduce special education kindergarten slots — in this case, by adding more than 2,600 seats for low-income children.

Not all social impact bonds serve preschoolers. Some arrangements have funded local housing assistance programs designed to keep at-risk families from re-entering costly shelter systems. Others have financed education programs to prevent released prisoners from ending up back in jail. In all cases, the deals are designed to support programs that will prevent municipalities from incurring additional expenses down the road. 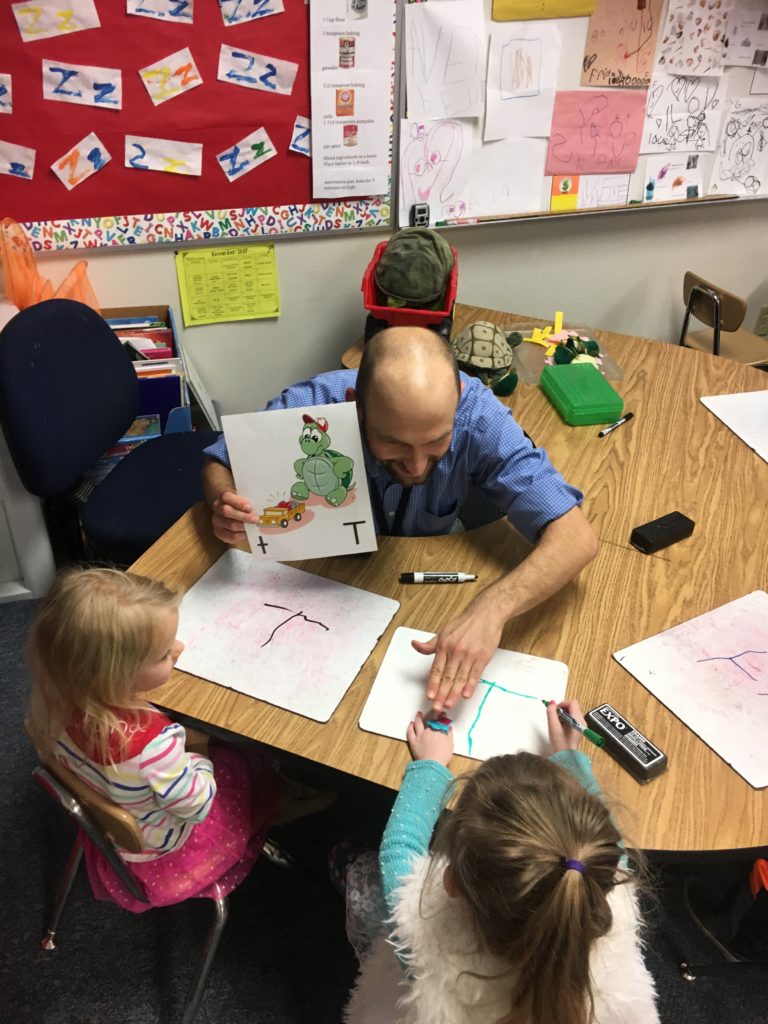 The model has elicited spirited accolades from pro-business conservatives and centrist Democrats. Former President Barack Obama’s Department of Education embraced the idea in the 2015 education bill known as the Every Student Succeeds Act, which paved the way for the federal grants.

Child advocacy groups and other nonprofits, which often oversee the deals and sometimes serve as guarantors, say the arrangements encourage officials to embrace interventions with good track records. Because investors will not get their money back if the programs don’t work, there is a built-in incentive to choose initiatives that have already been proven successful.

READ MORE: The case for investing in high-quality early learning

Matthew Eldridge, a research product manager at the Urban Institute, which is spending $8.4 million designing and evaluating pay-for-success deals around the country, says these arrangements force entities involved to become laser focused on effectiveness. “There is a lot of attention paid to results,” he said.

But detractors say these partnerships have alarming pitfalls. First, pay-for-success programs absolve government of one of its central responsibilities: paying up-front for services constituents need. They risk giving private funders power to decide what constitutes success when there is often little evidence that the funders have any expertise in the fields for which they are providing financial support. And because these deals tend to be short term, they leave necessary programs open to the whims of investors, who may decide they like a program one year and not another.

Pay-for-success programs absolve government of one of its central responsibilities: paying up-front for services constituents need.

Henry A. Giroux, a professor for scholarship in the public interest at McMaster University in Ontario, said the deals assume that public entities are unable to do the jobs they were designed to perform and turn public education into a commodity. “Public education should not be market driven,” said Giroux, who has written more than 20 books on education. “No one should be making money off of these institutions.”

Leslie Shribman, a Goldman spokeswoman, said in an email that social impact bonds help communities serve their neediest residents. “These types of transactions enable private sector companies to be responsive to the requests from local/state government who have limited funding,” she wrote.

In Utah, the pay-for-success funding has been seen as a resourceful and politically savvy way to address growing pains in a fiscally conservative state. Utah has a powerful anti-taxation lobby that has been hostile to spending on early education programs. Despite research that suggests high-quality programs both help students succeed in the long run and save taxpayers money that would be spent on interventions later, Utah does not have a comprehensive state-run early education preschool program. It does not require a license for general education preschool teachers, and it did not establish preschool standards until 2012.

Ben McAdams, the mayor of Salt Lake County, which includes the Granite School District, has been a fierce advocate of the pay-for-success program because it allows local leaders to get creative about funding sources. In local interviews, he has repeatedly lauded social impact bonds as a way to “reinvent” how government works.

The Granite school district encompasses some 250 square miles of valley terrain. Residents of the district include families in multi-million dollar luxury ranches overlooking the Wasatch Mountains, but also families living in slate-gray apartment buildings and small, shingled row houses. Students in the district speak close to 200 different languages at home, largely because a growing number of refugees from Burma, Nepal, Somalia, Iraq and Afghanistan send their children to school here.

Today, there are an estimated 65,000 of these refugees in Utah, with most living in the Salt Lake City area. And 1,200 of their children attend school here. Another 1,000 students in the district are Native American. Today, 60 percent or more students qualify for free and reduced-price lunch at 28 elementary schools in the district; in 2009 that level of need existed at only 17 schools.

In 2013, before the pay-for-success funding came through, the Granite preschool program served 2,500 students. The infusion of money helped it add a dozen new classrooms and partner with four private and nonprofit preschool providers, as well as a neighboring school district. These out-of-district providers serve about ten percent of the program’s preschoolers. Today, 3,500 students enter the program every year. The program is a half day; so many classrooms serve a morning preschool crew and another one in the afternoon.

The financial mechanism that made the expansion possible originated in the United Kingdom in 2010. It was first used in this country two years later, when officials at New York City’s Rikers Island detention center, looking for ways to reduce a high juvenile recidivism rate, tried an experimental therapy program. Goldman Sachs invested $7.2 million in the program; Bloomberg Philanthropies guaranteed $6 million of the loan. But the program was plagued with logistical issues and the bank pulled out in 2015, leading some to deem the experiment a failure. Bloomberg settled with the bank, footing much of the bill. 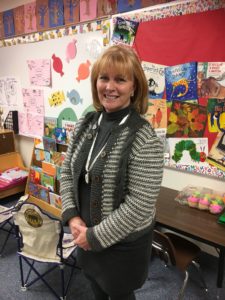 The Granite model has also encountered criticism, mostly from researchers in other parts of the country disputing its metrics. But in Utah, it has spurred the state’s interest in early education, a welcome after-effect for the state’s child advocates. In 2014, the state legislature took over Granite’s social impact debt from the local United Way branch, which was handling the financial transaction. The state is making repayments from the second through the fifth years of the five-year program. It is also looking into starting other pay-for-success preschool programs. Last year, the legislature approved a bill that is expected to pump $33.5 million into expanding early education offerings for thousands of the state’s low-income, at-risk preschoolers over the next three years. A year earlier, the state earmarked a mere $4.7 million, for a preschool software program students could use at home.

For many, the Utah experience is a sign that pay-for-success programs can be hard to monitor and brokering the terms of deals can be challenging. But, if successful, they can have a lasting effect, showing local governments — particularly those wary of social programs, but enamored of corporate solutions — what is possible.

“They prove it works,” said Brenda S. Van Gorder, director of the Granite School District’s preschool services, as she sat in her cluttered office, overflowing with education guidebooks, textbooks and notes. “Then ideally, a government agency wants to step in … because it works.”

Left: Even though other states have moved toward state-funded programs, preschool remains a tough sell in Utah. Photo by Getty Images

Kyle Spencer is a frequent New York Times contributor and has written for The Hechinger Report, New York magazine, Slate, The Daily Beast, The Washington Post, The Atlantic and several other publications. In recent years, Spencer has focused her attention on the ways in which race, class, stress and technology are impacting life inside American classrooms. In 2014, she co-produced an award-winning Frontline episode about school resegregation.