A majority of Maine voters say the Affordable Care Act should be left as-is or expanded, according to the Associated Press’ VoteCast survey. Fifty-four percent favor the law, while another 44 percent said it should be repealed or weakened.

Former Vice President Joe Biden won the state overnight, and 90 percent of those who picked the Democrat favored leaving the law as is or expanding it. Meanwhile, 85 percent of voters supporting President Donald Trump oppose the law. 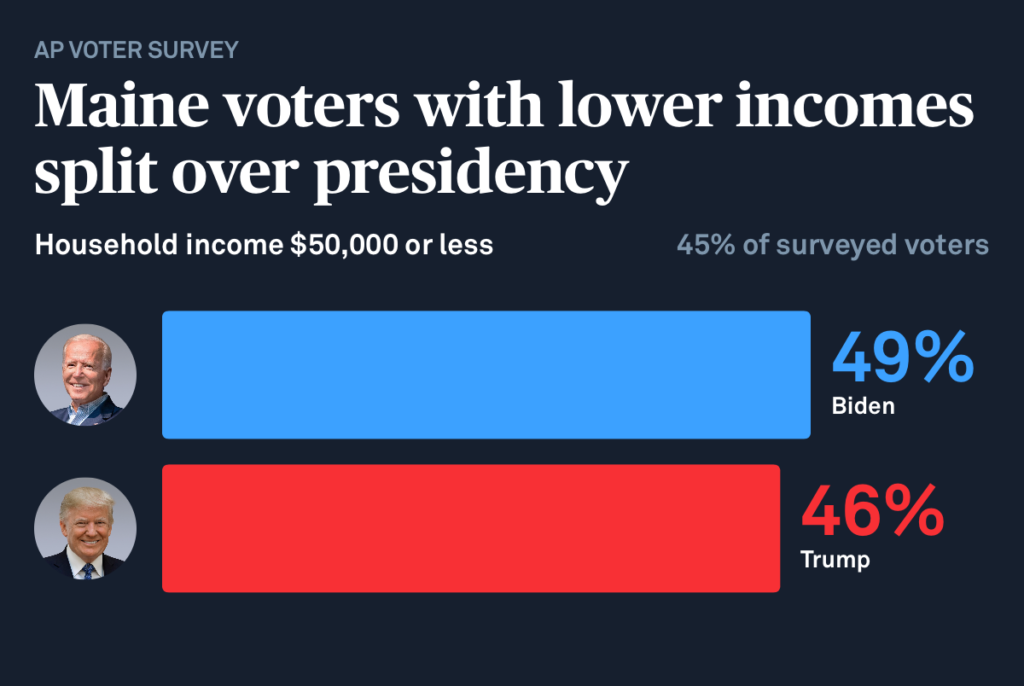 Support for Biden narrowed slightly based on income, according to the VoteCast survey data, with 49 percent of Mainers with less than $50,000 backing Biden. That’s down from 52 percent of Maine voters with household incomes of $50,000 or more who voted for him.

Following a 2017 referendum campaign, Mainers expanded Medicaid under the Affordable Care Act in 2019, despite staunch opposition from Republican former Gov. Paul LePage. Throughout his presidency, Trump has targeted the ACA. When a Republican-led Congress failed to repeal the law at the federal level in 2017, Trump resorted to signing a series of executive orders to dismantle Obamacare.

The law that provides health insurance to more than 20 million Americans and expanded Medicaid in 37 states remains under threat. On Nov. 10, the Supreme Court is scheduled to hear arguments in California v. Texas, a case that questions the ACA’s legal standing after Republicans in Congress gutted the individual mandate.