NEW YORK — More than 3,300 deaths nationwide have been linked to coronavirus outbreaks in nursing homes and long-term care facilities, an alarming rise in just the past two weeks, according to the latest count by The Associated Press.

Because the federal government has not been releasing a count of its own, the AP has kept its own running tally based on media reports and state health departments. The latest count of at least 3,323 deaths is up from about 450 deaths just 10 days ago.

But the true toll among the 1 million mostly frail and elderly people who live in such facilities is likely much higher, experts say, because most state counts don’t include those who died without ever being tested for COVID-19. 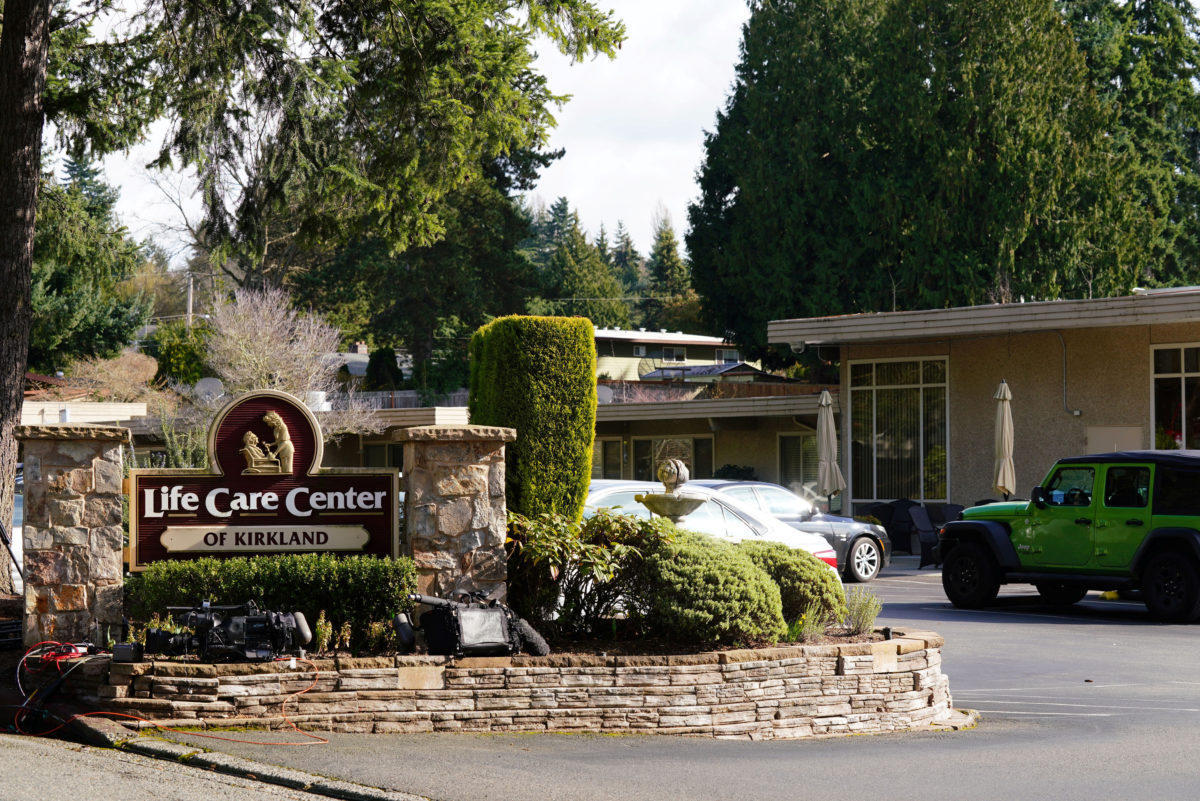 The Life Care Center of Kirkland where a number of seniors are at risk of novel coronavirus is pictured in Kirkland, Washington, U.S. February 29, 2020. Photo by Ryan Henriksen/Reuters.

Experts say nursing home deaths may keep climbing because of chronic staffing shortages that have been made worse by the coronavirus crisis, a shortage of protective supplies and a continued lack of available testing.

And the deaths have skyrocketed despite steps taken by the federal government in mid-March to bar visitors, cease all group activities, and require that every worker be screened for fever or respiratory symptoms at every shift.

But an AP report earlier this month found that infections were continuing to find their way into nursing homes because such screenings didn’t catch people who were infected but asymptomatic. Several large outbreaks were blamed on such spreaders, including infected health workers who worked at several different nursing home facilities.

This past week, the federal Centers for Medicare and Medicaid Services that regulates nursing homes issued recommendations urging nursing homes to use separate staffing teams for residents, and to designate separate facilities within nursing homes to keep COVID-19 positive residents away from those who have tested negative.

Dr. Deborah Birx, who leads the White House coronavirus response, suggested this past week that as more COVID-19 tests become available, nursing homes should be a top priority.

“We need to really ensure that nursing homes have sentinel surveillance. And what do I mean by that? That we’re actively testing in nursing homes, both the residents and the workers, at all times,” Birx said.

Left: Medical officials aid a residents from St. Joseph's nursing home to board a bus, after a number of residents tested positive for coronavirus disease (COVID-19) in Woodbridge, New Jersey, U.S., March 25, 2020. Photo by Stefan Jeremiah/REUTERS