WHO: More than 1 billion young people at risk for hearing loss

More than one billion young people around the world are at risk of hearing loss because of recreational exposure to loud sounds, the World Health Organization said Friday.

The U.N. agency says its analysis of data from middle-and high-income countries showed that nearly half of 12-to 35-year-olds listen to unsafe sound levels on devices like smartphones and MP3 players.

“As they go about their daily lives doing what they enjoy, more and more young people are placing themselves at risk of hearing loss,” WHO official Dr. Etienne Krug said in the Friday press release.

“They should be aware that once you lose your hearing, it won’t come back,” Krug said.

The WHO and the U.S. Centers for Disease Control and Prevention define the high acceptable workplace noise level as 85 decibels – about the volume of heavy city traffic — over an eight-hour period. 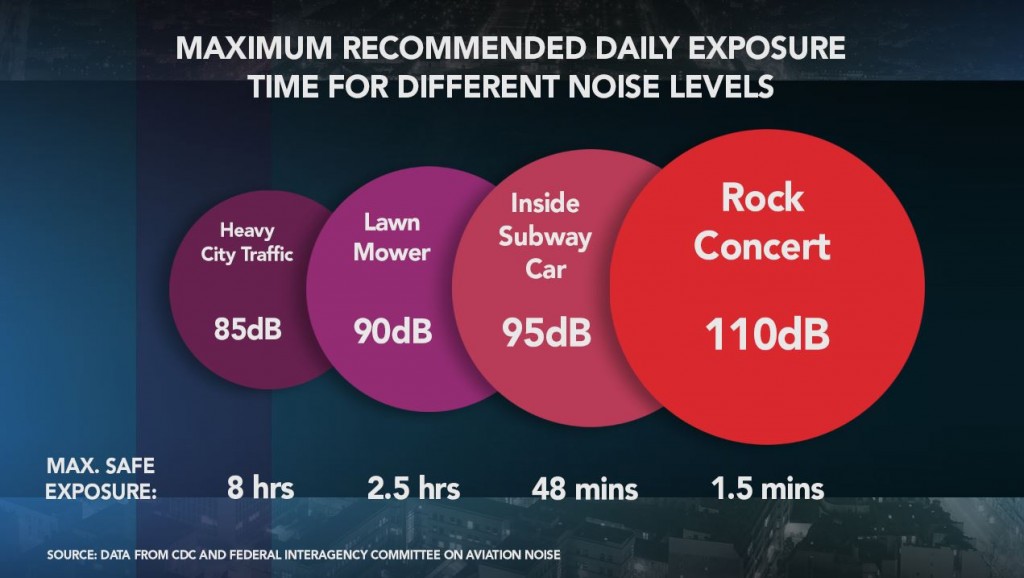 As volume increases, safe exposure duration falls. People should not spend more than 15 minutes around noise levels of 100 decibels, the WHO said. According to the agency, 100 decibels is typical for sporting events, nightclubs and bars.

The WHO recommends young people guard against hearing loss by wearing earplugs at noisy events, keeping the volume down on personal audio devices and limiting their use of such gadgets to less than one hour per day.

In time for International Ear Care Day, March 3, the WHO is launching “Make Listening Safe,” an initiative intended to “draw attention to the dangers of unsafe listening and promote safer practices.”

Left: A woman listens to music as the sun sets as seen between buildings on Boa Viagem beach in Brazil June 30, 2014. More than 1 billion young people around the world are at risk of hearing loss, the WHO said this week. REUTERS/Brian Snyder