Dozens of distinguished physicians have served as the U.S. surgeon general in our nation’s history. That said, we rarely remember their names, including the surgeon general who may have had the farthest-reaching influence on our collective health.

The study identified cigarette smoking as the chief cause of lung cancer in men (and later, as the gender gap between smokers narrowed, women too). Smoking was also named as the most important cause of chronic bronchitis in men and women and a major culprit for laryngeal cancer. Heading up a committee of 10 scientific experts, (which included five smokers and five non-smokers) Gen. Terry hammered a few more nails in the tobacco-lined coffin by declaring that smokers were 70 percent more likely to die of a fatal heart attack than nonsmokers, and that there was a strong association between cigarette smoking and cancer of the esophagus and bladder, emphysema, peptic ulcers, and premature babies.

His conclusion was clear and chilling in a country where at least 42 percent of all adults were smokers.

His conclusion was clear and chilling in a country where at least 42 percent of all adults were smokers.

“It is the judgment of the Committee that cigarette smoking contributes substantially to mortality from certain specific diseases and to the overall death rate,” read the report.

Unfortunately, the public’s health has long been stymied on this issue by the powerful tobacco industry, a business so ingrained in the American fabric that tobacco leaves are inscribed in stone on the façade of the U.S. Capitol building.

Nevertheless, the brave Dr. Terry orchestrated a 14-month review of more than 7,000 scientific and public health studies on the topic, or as he referred to it, “the most comprehensive analysis ever taken.” Upon introducing this seminal document, he promised to “move promptly” in taking bold steps to “advise anyone to discontinue smoking” or, at least, recognize “the health hazard” of cigarettes. Although a number of roadblocks were put in his and his successors’ way, he was responsible for one of the most famous warnings ever made in this history of medicine and public health:

The following year, Congress passed legislation requiring this warning to be prominently displayed on every package of cigarettes. On July 27, 1965, President Lyndon Johnson, a notorious smoker himself, signed the act into law. Sadly, it took another six years to fully implement. In 1971, cigarette manufacturers were finally banned from advertising on television. In each of these years, and up to the present, roughly half a million or more Americans died from the results of smoking. 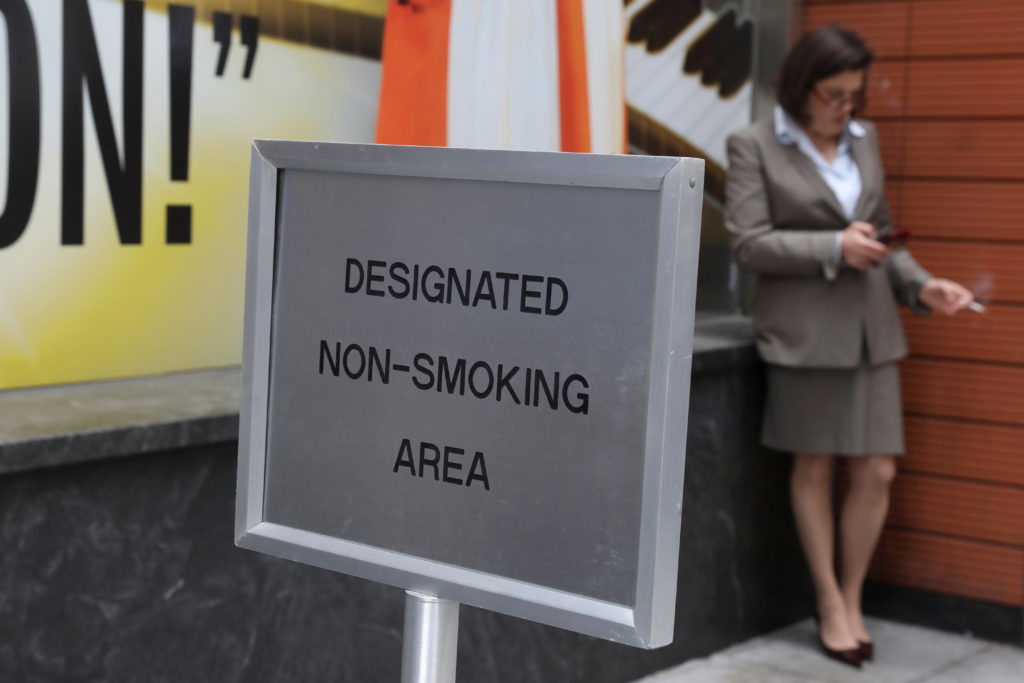 It was not until the 1980s that cigarette smoking finally began to be banned from airplanes, hospitals, restaurants and other public spaces. File photo by REUTERS/Shannon Stapleton

Cigarette manufacturers did their best (or worst) to poke holes and discredit the 1964 study’s scientific findings, which have only proved to be more ominous in the decades that followed. The tobacco industry also stepped up the marketing of their products not only to the millions of Americans who were already hooked on smoking, but also to women and minorities who had not previously taken up the habit. And they put millions of dollars into lobbying congressmen and senators to keep their products profitable and widely used. A few decades after the Terry report, the cigarette manufacturers tried to discredit subsequent scientific research on the dangers of second hand smoke and the addictive nature of nicotine. It was not until the 1980s, during the term of Surgeon General C. Everett Koop, that cigarette smoking finally began to be banned from airplanes, hospitals, restaurants and other public spaces.

Long after Dr. Terry stepped down from his federal government appointment, he continued to warn the American public about the dangers of smoking. In 1967, for example, in his role as chairman of the National Interagency Council on Smoking and Health, he said, “The period of uncertainty is over. There is no longer any doubt that cigarette smoking is a direct threat to the user’s health. There was a time when we spoke of the smoking and health ‘controversy.’ To my mind, the days of argument are over…Today we are on the threshold of a new era, a time of action, a time for public and private agencies, community groups and individual citizens to work together to bring his hydra-headed monster under control.”

Cigarette manufacturers did their best (or worst) to poke holes and discredit the 1964 study’s scientific findings, which have only proved to be more ominous in the decades that followed.

That era came closer in the 1990s after a coalition of state attorneys general successfully sued the tobacco industry for the harm they had caused to so many addicted smokers.

And yet, we are nowhere near ending the profitable sales of these toxic and deadly products. According to the U.S. Centers for Disease Control, cigarette smoking remains the leading cause of preventable disease and death in the United States; more than 480,000 deaths every year, or one of every five deaths, are attributed to smoking. In 2015, 15 out of every 100 American adults aged 18 years or older (15.1 percent) smoked cigarettes. This means that about 36.5 million adults in the United States currently smoke cigarettes. More than 16 million Americans live with a smoking-related disease.

Take a tip from this aging doctor, if not from Surgeon General Terry: If you do smoke, get some help to kick the habit. If you have not yet picked up your first cigarette — DON’T! You will likely live longer as a result of this sound decision. 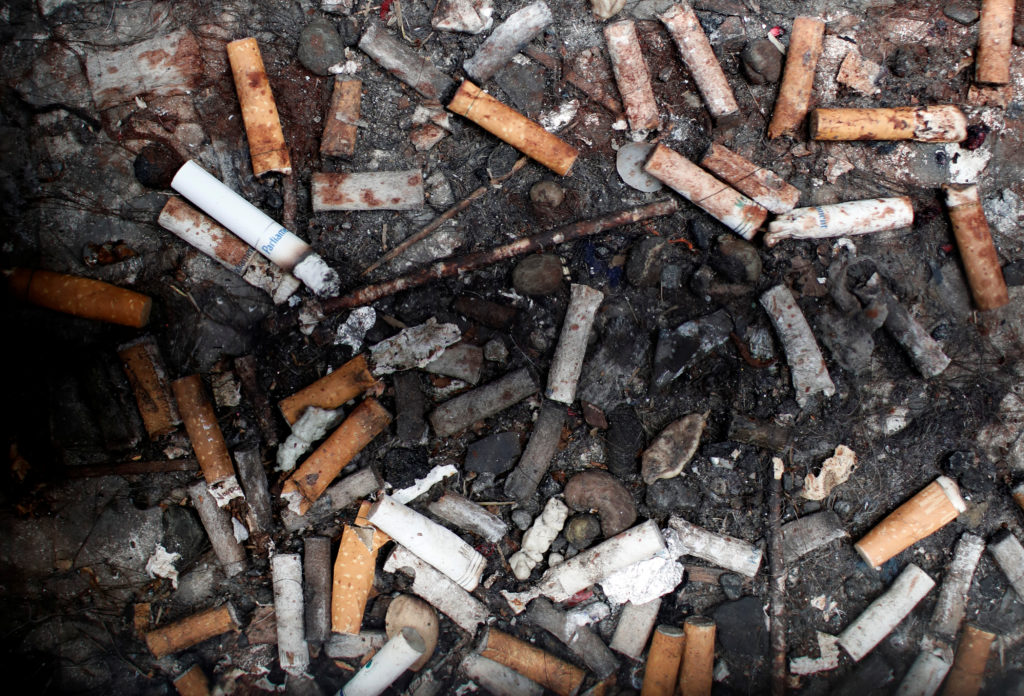 Discarded cigarette butts are seen beneath a sidewalk grating in New York City, May 8, 2017. Photo by REUTERS/Mike Segar