Early on the morning of Sept. 29, 1982, a tragic, medical mystery began with a sore throat and a runny nose. It was then that Mary Kellerman, a 12-year-old girl from Elk Grove Village, a suburb of Chicago, told her mother and father about her symptoms. They gave her one extra-strength Tylenol capsule that, unbeknownst to them, was laced with the highly poisonous potassium cyanide. Mary was dead by 7 a.m. Within a week, her death would panic the entire nation. And only months later, it changed the way we purchase and consume over-the-counter medications.

That same day, a 27-year-old postal worker named Adam Janus of Arlington Heights, Illinois, died of what was initially thought to be a massive heart attack but turned out to be cyanide poisoning as well. His brother and sister-in-law, Stanley, 25, and Theresa, 19, of Lisle, Illinois, rushed to his home to console their loved ones. Both experienced throbbing headaches, a not uncommon response to a death in the family and each took a Tylenol extra-strength capsule or two from the same bottle Adam had used earlier in the day. Stanley died that very day and Theresa died two days later. 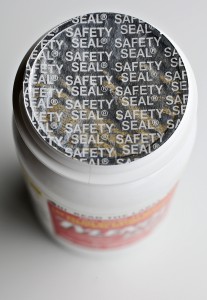 As a result of the crime, makers of Tylenol developed new product protection methods. Photo by Daniel Acker/Bloomberg via Getty Images

Over the next few days, three more strange deaths occurred: 35-year-old Mary McFarland of Elmhurst, Illinois, 35-year-old Paula Prince of Chicago, and 27-year-old Mary Weiner of Winfield, Illinois. All of them, it turned out, took Tylenol shortly before they died.

It was at this point, early October of 1982, that investigators made the connection between the poisoning deaths and Tylenol, the best-selling, non-prescription pain reliever sold in the United States at that time. The gelatin-based capsules were especially popular because they were slick and easy to swallow. Unfortunately, each victim swallowed a Tylenol capsule laced with A lethal dose of cyanide.

McNeil Consumer Products, a subsidiary of the health care giant, Johnson & Johnson, manufactured Tylenol. To its credit, the company took an active role with the media in issuing mass warning communications and immediately called for a massive recall of the more than 31 million bottles of Tylenol in circulation. Tainted capsules were discovered in early October in a few other grocery stores and drug stores in the Chicago area, but, fortunately, they had not yet been sold or consumed. McNeill and Johnson & Johnson offered replacement capsules to those who turned in pills already purchased and a reward for anyone with information leading to the apprehension of the individual or people involved in these random murders.

READ: The ‘awful’ work of the real doctors who inspired M*A*S*H

The case continued to be confusing to the police, the drug maker and the public at large. For example, Johnson & Johnson quickly established that the cyanide lacing occurred after cases of Tylenol left the factory. Someone, police hypothesized, must have taken bottles off the shelves of local grocers and drug stores in the Chicago area, laced the capsules with poison, and then returned the restored packages to the shelves to be purchased by the unknowing victims.

To this day, however, the perpetrators of these murders have never been found.

One man, James Lewis, claiming to be the Tylenol killer wrote a “ransom” letter to Johnson & Johnson demanding $1 million in exchange for stopping the poisonings. After a lengthy cat and mouse game, police and federal investigators determined that Lewis lived in New York and had no demonstrable links to the Chicago events. That said, he was charged with extortion and sentenced to 20 years in prison. He was released in 1995 after serving only 13 years.

Other “copy-cat” poisonings, involving Tylenol and other over-the-counter medications, cropped up again in the 1980s and early 1990s but these events were never as dramatic or as deadly as the 1982 Chicago-area deaths. Conspiracy theories about motives and suspects for all these heinous acts continue to be bandied about on the Internet to this day.

Before the 1982 crisis, Tylenol controlled more than 35 percent of the over-the-counter pain reliever market; only a few weeks after the murders, that number plummeted to less than 8 percent. The dire situation, both in terms of human life and business, made it imperative that the Johnson & Johnson executives respond swiftly and authoritatively.

For example, Johnson & Johnson developed new product protection methods and ironclad pledges to do better in protecting their consumers in the future. Working with FDA officials, they introduced a new tamper-proof packaging, which included foil seals and other features that made it obvious to a consumer if foul play had transpired. These packaging protections soon became the industry standard for all over-the-counter medications. The company also introduced price reductions and a new version of their pills — called the “caplet” — a tablet coated with slick, easy-to-swallow gelatin but far harder to tamper with than the older capsules which could be easily opened, laced with a contaminant, and then placed back in the older non-tamper-proof bottle.

Within a year, and after an investment of more than $100 million, Tylenol’s sales rebounded to its healthy past and it became, once again, the nation’s favorite over-the-counter pain reliever. Critics who had prematurely announced the death of the brand Tylenol were now praising the company’s handling of the matter. Indeed, the Johnson & Johnson recall became a classic case study in business schools across the nation.

In 1983, the U.S. Congress passed what was called “the Tylenol bill,” making it a federal offense to tamper with consumer products. In 1989, the FDA established federal guidelines for manufacturers to make all such products tamper-proof.

Sadly, the tragedies that resulted from the Tylenol poisonings can never be undone. But their deaths did inspire a series of important moves to make over-the-counter medications safer (albeit never 100 percent safe) for the hundreds of millions of people who buy them every year.

Editor’s note: This report has been updated to remove the reported amount of cyanide used.

Left: A drugstore clerk removes Tylenol capsules from the shelves of a pharmacy Sept. 30, 1982, in New York City after reports of tampering. Seven people in the Chicago area were killed that year by Tylenol that had been poisoned with potassium cyanide. Photo by Yvonne Hemsey/Getty Images