Virus marches on in Italy, Iran, US; medical supplies shrink

Italian Premier Giuseppe Conte went on TV near midnight, announcing that he was tightening the country’s lockdown and shutting down all production facilities except those providing essential goods and services.

”We are facing the most serious crisis that the country has experienced since World War II,” Conte told Italians during a live broadcast.

He cautioned citizens to be calm and patient, insisting there was “no alternative” than to impose further restrictions. Scientists have argued that avoiding even one infection means scores more are prevented down the line.

Negotiators from Congress and the White House resumed top-level talks on a ballooning $1 trillion-plus economic rescue package, urged by President Donald Trump to strike a deal to steady a nation upended by the coronavirus pandemic. Trump appeared confident about the nation’s ability to defeat the pandemic soon even as health leaders acknowledged that the U.S. was nowhere near the peak of the pandemic.

At least 38 people tested positive at New York City’s Rikers Island jail complex — more than half of them inmates. Another inmate became the first in the U.S. to test positive in a federal jail.

Italy announced its biggest day-to-day increase of infections, which rose to 53,000 people, with nearly 800 new deaths. As bodies pile up in Italian hospitals, morgues and churches, and as medical workers plead for more help, there is no sign yet that Italy is taming its arc of contagion. Italy now has 4,825 deaths, more than all of China, where the virus first emerged late last year.

In Britain, where Sunday was Mother’s Day, the government had a stark message for millions: Visiting your mother could kill her. Prime Minister Boris Johnson implored Britons to forego traditional family visits, parties and Sunday lunches.

“If your mother is elderly or vulnerable, then I am afraid all the statistics show that she is much more likely to die from coronavirus,” Johnson said. “This time the best thing is to ring her, video call her, Skype her, but to avoid any unnecessary physical contact or proximity.”

Iran’s supreme leader refused U.S. assistance Sunday to fight the new coronavirus, citing an unfounded conspiracy theory that the virus could be made by America. Ayatollah Ali Khamenei’s comments came as Iran faces crushing U.S. sanctions over its nuclear actions. Iran says it has 1,685 deaths and 21,638 confirmed cases of the virus — a toll that experts from the World Health Organization say is almost certainly underreported.

Worldwide, more than 308,000 people have been infected and over 13,000 have died, according to Johns Hopkins University.About 150 countries now have confirmed cases, and deaths have been reported in more than 30 American states.

For most people, the new coronavirus causes only mild or moderate symptoms, such as fever or coughing. For some, especially older adults and people with existing health problems, it can cause more severe illness, including pneumonia. Some 93,000 people have recovered, mostly in China.

In Spain, Europe’s hardest-hit country behind Italy, intensive care units in some areas were close to their limits even before Sunday’s new tally of 28,572 infections and 1,720 deaths. The army was building a field hospital with 5,500 beds in a convention center in Madrid, where hotels are also being turned into wards for virus patients without serious breathing problems.

In the U.S., New Jersey and St. Louis were added to a growing list of areas where residents were ordered to stay home. Hawaii’s governor instituted a mandatory 14-day self-quarantine starting Thursday for both returning residents and visitors and urged people to delay planned vacations to the Pacific archipelago.

Milan, the capital of Italy’s prosperous Lombardy region, appeared more deserted than ever. The square in front of the Duomo was empty except for one older couple walking a dog.

Lombardy has raised the fines for people out without a good reason from 207 euros ($222) to 5,000 euros ($5,380). Officials lamented last week that the number of people on the streets was still too high to break the pandemic. The number of buses, trams and metros were cut — but that only caused more Italians to go out in their cars and was revoked. 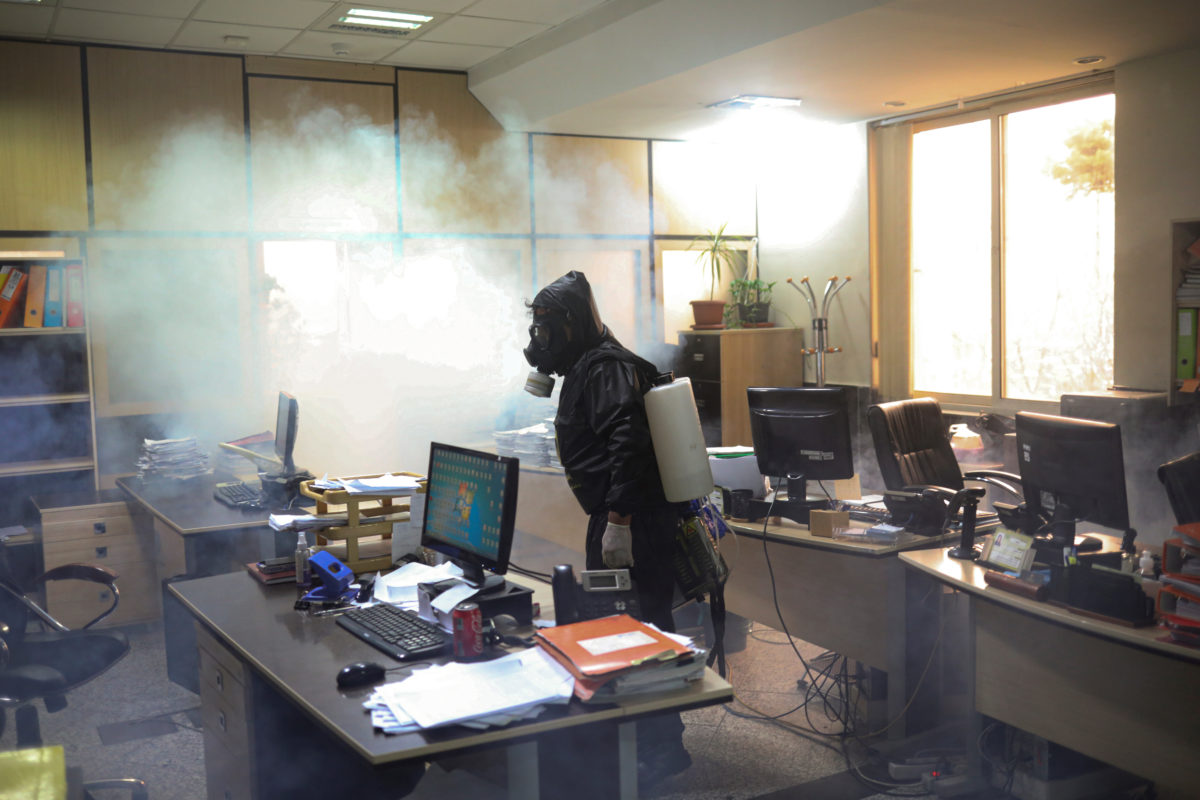 The Chinese city of Wuhan — where the global pandemic was first detected and the first city to be locked down — went a fourth consecutive day on Sunday without reporting any new or suspected cases. Wuhan must go 14 straight days without a new case in order for draconian travel restrictions to be lifted, but a special train brought in more than 1,000 car factory employees for the first time since the outbreak.

Parks and other public gathering places are reopening in China as people return to work and businesses resume. However, the country has placed increasing restrictions on those coming from overseas.

All arrivals to Beijing from abroad must be quarantine themselves for two weeks in a hotel at their own expense. And beginning Monday, flights into the capital will be diverted to airports in other cities, where passengers will have to pass a health inspection.

China’s first recent case of community infection was reported Sunday in the southern province of Guangzhou eportedly caught from a Turkish arrival. As the outbreak has died down domestically, an influx of people coming into China has stoked fears of a resurgence.

Borders kept closing and airlines kept slashing flights. The long-haul carrier Emirates, a crucial East-West link that has now cut 70% of its routes, had been flying into Beijing despite the virus outbreak. Its Beijing flights, however, will end Monday.

After recording its first two deaths, Singapore said it will fully shut its borders beginning Tuesday. All short-term visitors will be barred while returning locals will face a 14-day quarantine. Sri Lanka blocked all passenger flights and ships from entering.

Left: A banner reading ''Civil hospital workers: stay strong, guys!'' hangs on the monument in front of the entrance of the Venetian hospital, after Italy tightened the lockdown measures to combat the coronavirus disease (COVID-19) outbreak in Venice, Italy, March 22, 2020. Photo by Manuel Silvestri/Reuters.