Although the good doctor’s name remains obscure in the history of medicine, every person who has visited their dentist since the 1884 discovery of local anesthesia should thank Dr. Carl Koller, who proposed numbing our gums and other exposed body tissues with cocaine. Indeed, it was not until several decades later that safer, synthetic, less addictive and tissue-damaging drugs, such as lidocaine and novocaine, were developed.

Today marks the 74th anniversary of the death of Koller, whom I first met, at least on paper, while researching my 2011 book, “An Anatomy of Addiction.”

Cocaine was touted as a wonder cure for depression, fatigue and even morphine or opiate addiction.

But this story begins in the spring of 1884, when a 28-year-old Viennese neurologist named Sigmund Freud published “Über Coca,” a superb medical analysis of cocaine hydrochloride. Cocaine was then touted as a wonder cure for depression, fatigue and even morphine or opiate addiction.

Although the monograph was an early career milestone for the ambitious Sigmund, it also represented a missed opportunity. Using himself as his experimental subject over several months, Freud consumed a great deal of cocaine as he recorded the drug’s physiological effects and potential therapeutic uses. Indeed, he wrote “On Cocaine,” while he was, literally, on cocaine.

Unfortunately, Freud skimmed over cocaine’s most important clinical use as a local anesthetic. In a hurried last paragraph, a postscript really, Sigmund noted that “cocaine and its salts have a marked anesthetizing effect when brought into contact with the skin and mucous membrane in concentrated solution.” Without offering any additional data or experiments, Freud merely concluded that these properties “should make it suitable for a good many applications.”

The person who did capitalize on describing cocaine’s anesthetic properties was Freud’s colleague Carl Koller, an aspirant (intern) in ophthalmology at the Vienna Allgemeines Krankenhaus (General Hospital). That Koller became so interested in local anesthesia was a direct result of the operation he frequently performed: cataract removal. Although practiced since antiquity, it remained a dreaded procedure in 1884. After all, without pharmaceutical assistance, cataract removal was not only excruciating, it required a patient to watch as the surgeon, literally, poked him or her in the eye.

Without pharmaceutical assistance, cataract removal was not only excruciating, it required a patient to watch as the surgeon, literally, poked him or her in the eye.

Few have re-created the operation’s awful immediacy as well as the British novelist and poet Thomas Hardy: “It was a like a red-hot needle in yer eye while he was doing it. But he wasn’t long about it. Oh No. If he had been long I couldn’t ha’ beared it. He wasn’t a minute more than three quarters of an hour at the outside.”

With the advent of ether and chloroform in the mid-19th century came great hopes among ophthalmologists for making cataract removal less traumatic. But these anesthetic agents often induced vomiting in patients, which in turn created alarmingly high pressures in the abdomen, chest and head that are not conducive to performing delicate eye surgery.

During the summer of 1884, Koller slaved over a formal address on cocaine anesthesia for the International Ophthalmological Congress to be held that September at Heidelberg. Too poor to afford the travel expenses to Germany, he asked Josef Brettauer, a 49-year-old ophthalmologist, to read his paper at the meeting — a common practice in an era when travel was both costly and arduous. The presentation was nothing short of spectacular. 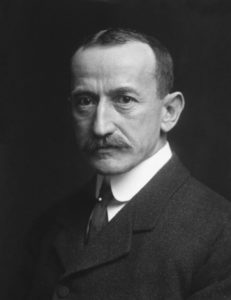 As the world’s most distinguished eye surgeons took their seats in the auditorium, Brettauer approached the podium. After explaining what Koller had been working on for the past few months, Koller’s surrogate snapped his fingers and called for a diener to wheel in a gurney bearing a large dog. With a theatrical flair, the physician showed the audience that the animal was alert, comfortably seated on a cushion, and loosely tied down on the gurney.

He then took a calibrated dropper full of cocaine solution, delicately held the canine’s left eye open with his thumb and forefinger and introduced 3 or 4 drops of the elixir. Brettauer let one, then two minutes pass in silence — a period that seems like a lifetime when giving a lecture before a crowded room. Satisfied that the cocaine had taken effect, he thrust a forceps toward the dog’s eye. While the animal’s right eye blinked in response to this threat, the left eye remained still. Brettauer deftly touched the canine’s left eye with the surgical instrument and the results were astonishing: nothing happened! No whimpering, no barking, not even a flinch — that is, until the crowd sighed in relief that no harm had come to the dog and burst into uproarious applause.

The development of a topical agent that could safely render a patient insensate to the surgeon’s pointedly sharp manipulations while completely awake was earthshaking. It was front-page news that captured the attention of just about every physician (and dentist) in the world. It also enabled pharmaceutical companies to make a fortune marketing cocaine and, later, safer local anesthetics like procaine hydrochloride (Novocain) and lidocaine hydrochloride (Xylocaine).

The development of a topical agent that could safely render a patient insensate to the surgeon’s pointedly sharp manipulations while completely awake was earthshaking.

Freud, understandably, was less than thrilled about Koller’s achievement. Working in the same hospital, where gossip of successes and failures traveled quickly, could not have been an easy cross for the young, sensitive physician to bear. Whenever the topic of cocaine came up, it was Koller’s name and not Freud’s that generated adulation.

Initially, the jealous Freud claimed that he and Leopold Königstein, a Viennese ophthalmologist, were already working on cocaine anesthesia and that it was Freud who introduced the idea to Koller; few bought such claims. Months later, in January 1885, he dismissively declared that his cocaine work was merely a scientific trifle he executed in the “chase after money, position and reputation.” A better barometer of Freud’s feelings about his scientific rival can be summarized by his later contention that a joke is never really a joke. In 1885, Freud inscribed a copy of his “Über Coca” for Carl Koller: “To my dear friend, Coca Koller, from Sigmund Freud” — a mildly demeaning sobriquet that, much to the ophthalmologist’s chagrin, followed Koller well after his death in 1944.

Koller emigrated to the United States in 1888 and practiced in New York City for nearly 50 years. He was an attending physician at the Mount Sinai and Montefiore Hospitals, as well as at the Hebrew Orphan Asylum. 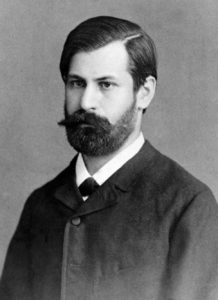 In 1936, when recalling the greatest event of his medical career, he wrote a letter to the editor of the New York Times. Koller described the multiple claims for discovery of cocaine anesthesia and how, in 1884, his fellow intern Sigmund Freud asked him help in a series of experiments “on the effects of cocaine on muscular strength and fatigue. There was no question of the local benumbing effects, nor was there any need for that because they had been known to every student of physiology and pharmacology for twenty-five years … it required somebody who was searching for a drug which could be utilized for purposes of local anesthesia in operations; and this happened to be myself. The history of local anesthesia runs like that of general anesthesia; that sulfuric ether made people insensible to pain had been known for twenty-five years before Morton and Long demonstrated its practical importance.”

Today, while celebrating the life and works of Carl Koller, it is hard to resist uttering once again that nickname he so disliked: Here’s to you “Coca Koller.” It may not have properly been stated enough in real time, but our collectively aching teeth thank you.