Photos: Scenes from the Capitol during the breach

When a pro-Trump mob breached the U.S. Capitol building, photographers captured scenes of people forcing their way into the building, as well as walking around slowly and taking pictures. 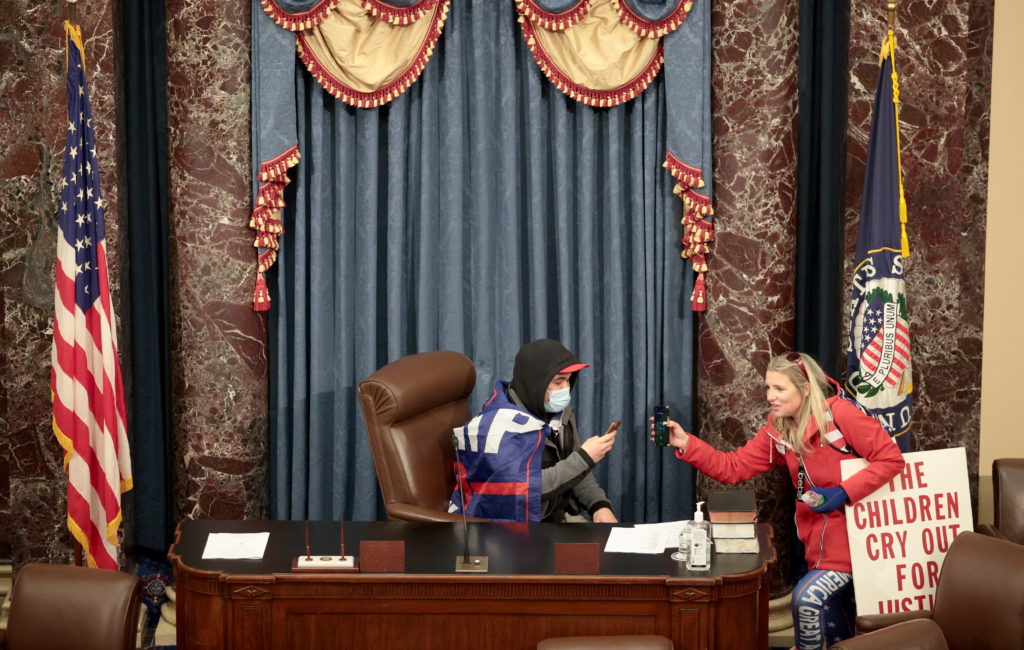 A member of a pro-Trump mob sits in the Senate Chamber on Jan. 06, 2021. Photo by Win McNamee/Getty Images