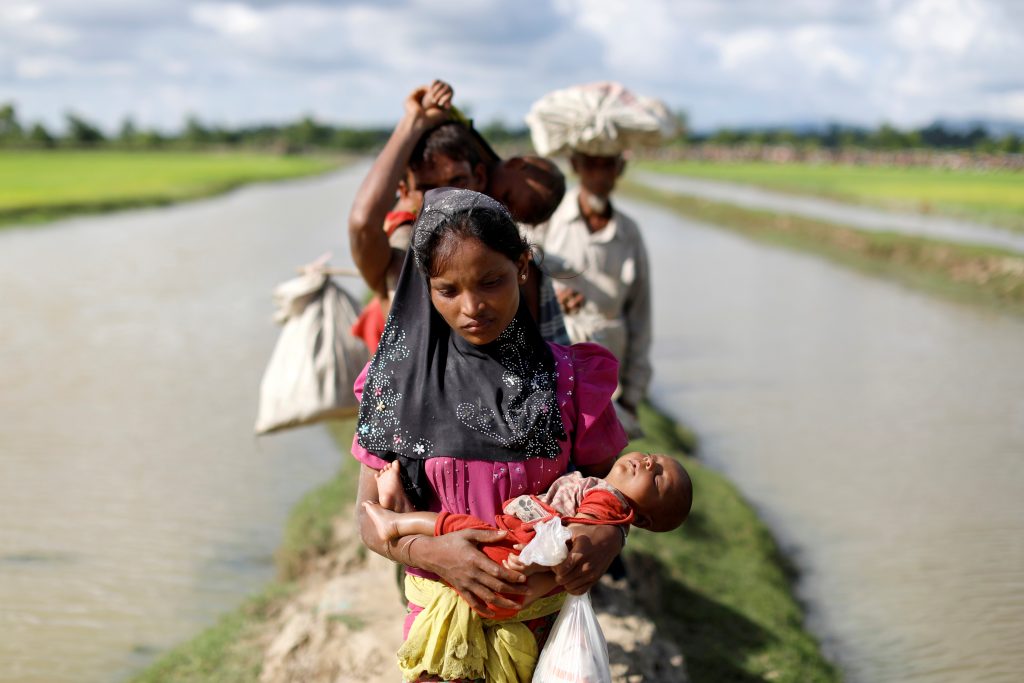 1. 6,700 Rohingyas were killed in one month, “the clearest indication yet of the targeted violence” against them

A new report by Doctors Without Borders said 6,700 Rohingyas were killed between Aug. 25 and Sept. 24, “the clearest indication yet of the targeted violence against Rohingya,” the group’s medical director told the PBS NewsHour last week.

That number is far greater than the 400 deaths initially estimated by Myanmar’s Ministry of Information, USA Today notes.

The majority of deaths among the Rohingya, a majority-Muslim ethnic group, were linked to violence, the report says, including victims who were shot, or burned or beaten to death. [PBS NewsHour]

Why it matters: More than 630,000 Rohingya have fled to camps in Bangladesh since Aug. 25, when Myanmar’s government began “clearance operations” in response to an insurgent attack on police posts. Myanmar State Counsellor Aung San Suu Kyi has been widely criticized for not doing more about the crisis. While she and Burmese officials signed an agreement last month to begin moving Rohingya refugees back home, some aid agencies worry about a forced return to the country, saying any relocation must be voluntary and “take place in safe and dignified conditions that pave the way for lasting solutions.” Plus, another report this week from Human Rights Watch suggests their homes in Myanmar are still being destroyed. According to that report, 40 villages have been partially or totally destroyed in the past two months, bringing the total since August to more than 350. 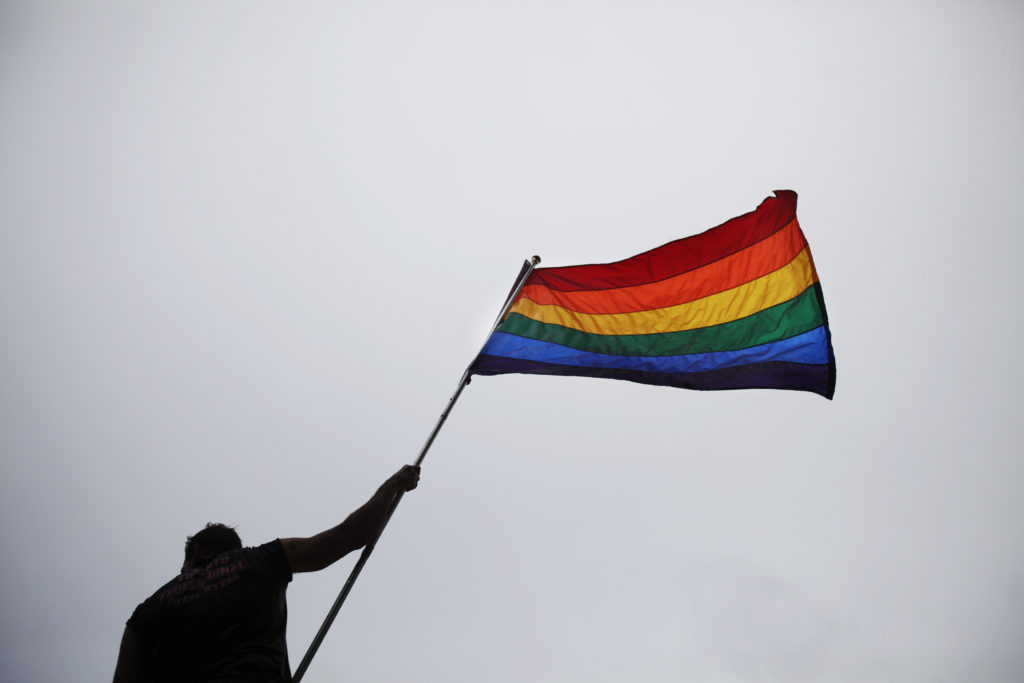 The Senate voted 8 to 3 to recognize unions between same-sex couples with a domestic partnership, rather than with marriage.

There are 26 countries who recognize same-sex marriage, Pew Research reports, including Australia, which just legalized them this month. According to the Daily Beast, Bermuda’s reversal is the first time a country has re-banned gay marriage.

The decision to revert to domestic partnerships will not affect those who married after a Supreme Court decision in May 2017 that made same-sex marriage in Bermuda legal. Marriages performed in the last six months, as well as those performed overseas, will still be recognized.

Why it matters: The vote to return to domestic partnerships was pushed by Bermuda’s Progressive Labor Party, which took control of the government in July. The party could use a victory on this issue to pursue other conservative social policies.

Kevin Dallas, CEO of the Bermuda Tourism Authority and one of the more vocal critics of the change in policy, wrote a letter to Senators outlining the possible consequences of repealing a popular social policy, the Daily Beast notes. He pointed to the money North Carolina lost over its “bathroom bill,” saying the island could suffer similar “serious reputational damage.”
Bermuda is a self-governing British territory, which means the new law requires the signature of British Governor John Rankin, the Daily Mail reports. But it gets more complicated: The governor could choose to withhold his signature if he gets permission from Foreign Secretary Boris Johnson, which means now, Johnson is under pressure to veto the new policy. 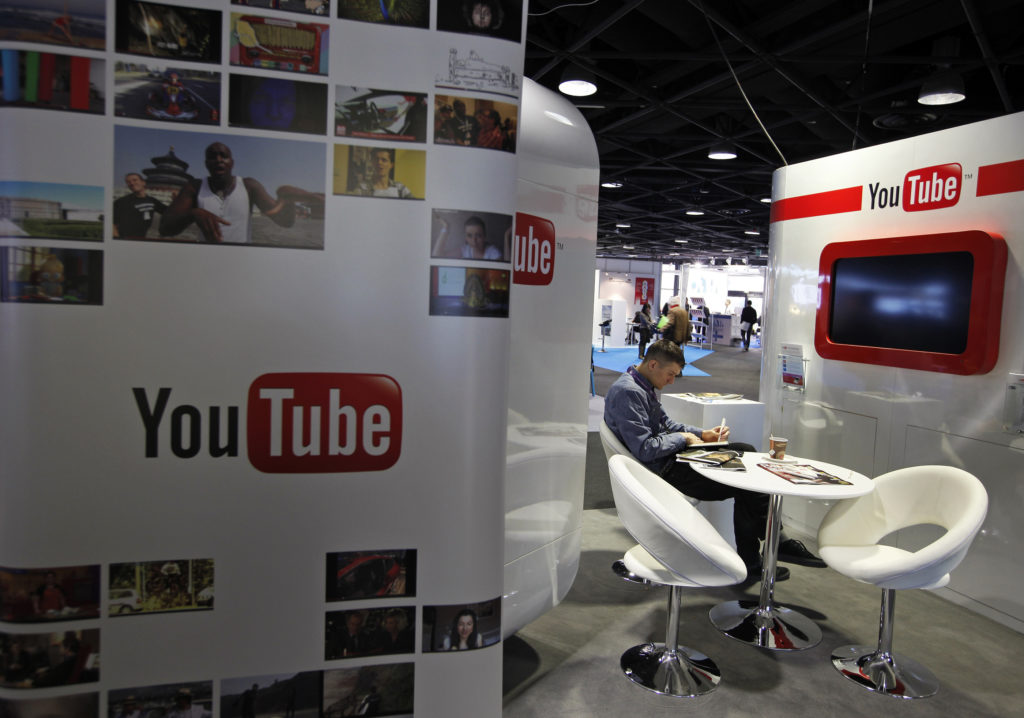 YouTube pulled down thousands of videos after a BuzzFeed News investigation discovered a cottage industry of lucrative, violent, sexually explicit videos that were targeted towards children through YouTube’s algorithm, the news site reported. File photo by REUTERS/Eric Gaillard.

3. YouTube banned thousands of violent videos targeted toward children, some of which had been earning thousands of dollars in ad revenue

YouTube pulled down thousands of videos after several media outlets discovered a cottage industry of lucrative, violent, sexually explicit videos that was targeted towards children through YouTube’s algorithm. An investigation by Buzzfeed News details how, despite disturbing and sometimes exploitative content, some channels made a six-figure salary off the videos through advertising without raising any red flags. In the last several weeks, YouTube has demonetized or banned the videos, saying they violated the company’s community guidelines. BuzzFeed News reports that YouTube has since removed 270 accounts and more than 150,000 videos, and removed ads on over 2 million videos and 50,000 channels. Big advertisers, including Deutsche Bank, Adidas and Cadbury, have suspended their ad campaigns on the video platform, after learning their ads had appeared on some of the videos, the Washington Post reported. The video creators, on the other hand, argued that the guidelines are too vague and YouTube “only cracked down after public concern forced it to.” [BuzzFeed News]

Why it matters: Tech companies like Facebook, Twitter and YouTube have come under intense scrutiny for their role in Russian election meddling, as well as for guidelines that give space to self-proclaimed white supremacists and neo-Nazis. After a rally in Charlottesville turned violent, platforms took extra steps to ban users promoting hate speech, and Twitter has recently begun a “purge” of white nationalist accounts. Reporters have also started to more deeply investigate how these companies operate. Buzzfeed’s latest report is one of several investigations by publications into how users are exploiting broad and vague rules with little oversight from the companies themselves. 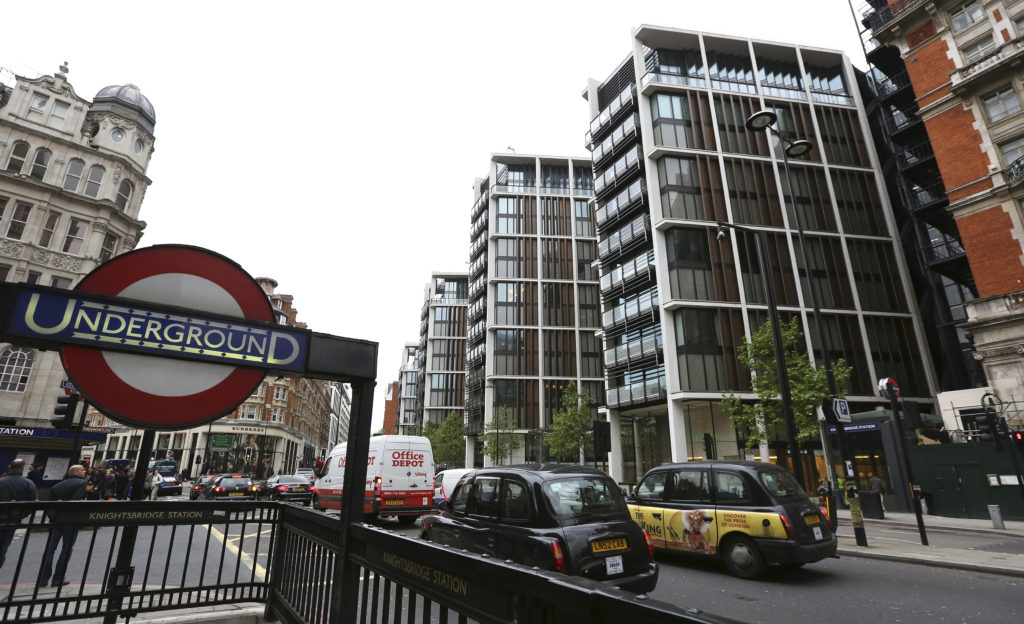 Brexit could have an impact on home prices in the UK. Photo by REUTERS/Paul Hackett.

As the U.K. inches closer towards formally recognizing Brexit, home prices — from Brighton to Glasgow — have decreased. Most notably, in the notoriously expensive London, 39 percent of homes recorded a price reduction. Northern England and Scotland show the least change change in price; in Edinburgh 16 percent of homes decreased their price. [The Guardian]

Why it matters: The U.K. will formally leave the European Union on March 29, 2019 — almost three years after the referendum was approved by voters. However, economists and politicians are still unsure what the short-term and long-term effects will be. Brexit critics foretold an immediate financial collapse, where in fact the U.K. economy grew by 1.6 percent in 2016, however, home prices, another indicator of an economy’s health, have steadily decreased. 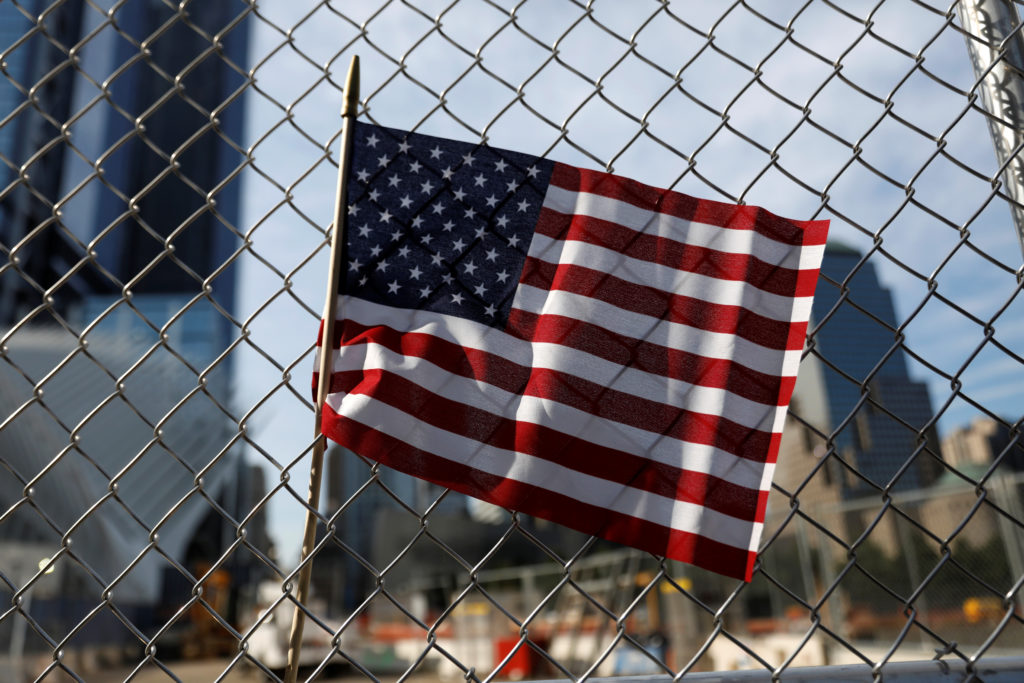 A Centreville High School teacher in Fairfax County, Virginia, violated Fairfax County Public School policy when he forcibly yanked a sophomore student after he refused to stand for the Pledge of Allegiance, officials said. Photo by REUTERS/Shannon Stapleton.

5. A Virginia high school teacher violated school policy when he removed a student from the classroom for not standing for the Pledge of Allegiance, officials say

A Centreville High School teacher in Fairfax County, Virginia, violated Fairfax County Public School policy when he forcibly yanked a sophomore student after he refused to stand for the Pledge of Allegiance, officials said. School district administrators told the Washington Post the teacher will not be returning to the classroom. The student, Eric Trammel, told the newspaper that he has not stood for the Pledge of Allegiance since eighth grade, when he learned about the Black Lives Matter movement. “The country is in a very divided place right now and there’s a lot of injustices around the U.S. I feel like me sitting can spread awareness to that,” he told the newspaper. [The Washington Post]

Why it matters: In 2016, former San Francisco 49ers quarterback Colin Kaepernick began taking a knee during the National Anthem as a way to protest police brutality. That year and ever since, his teammates and players across the league followed his example. In a September rally for then-Alabama senate candidate Luther Strange, President Donald Trump offered a solution saying, “‘Wouldn’t you love to see one of these NFL owners, when somebody disrespects our flag, to say, ‘Get that son of a bitch off the field right now, out. He’s fired. He’s fired!’”

His comments set forth months of debate about whether kneeling for the National Anthem is disrespectful to the flag and American troops, though players explained they kneeled to protest police brutality and racial injustice and demand more conversation about it — not to ignite a debate over patriotism and what it looks like.

Left: Roshid Jan, a Rohingya refugee who said she is not sure about her age, walked for 10 days with her five children to Bangladesh after soldiers burnt their village. She wept when she spoke about her missing husband. Photo by Damir Sagolj/Reuters