5 overlooked stories that are worth your time

These days, it’s hard to stop politics from flooding your news feed. We take a moment every week to bring you important stories beyond the White House and the Capitol. Here’s what we’re reading now. 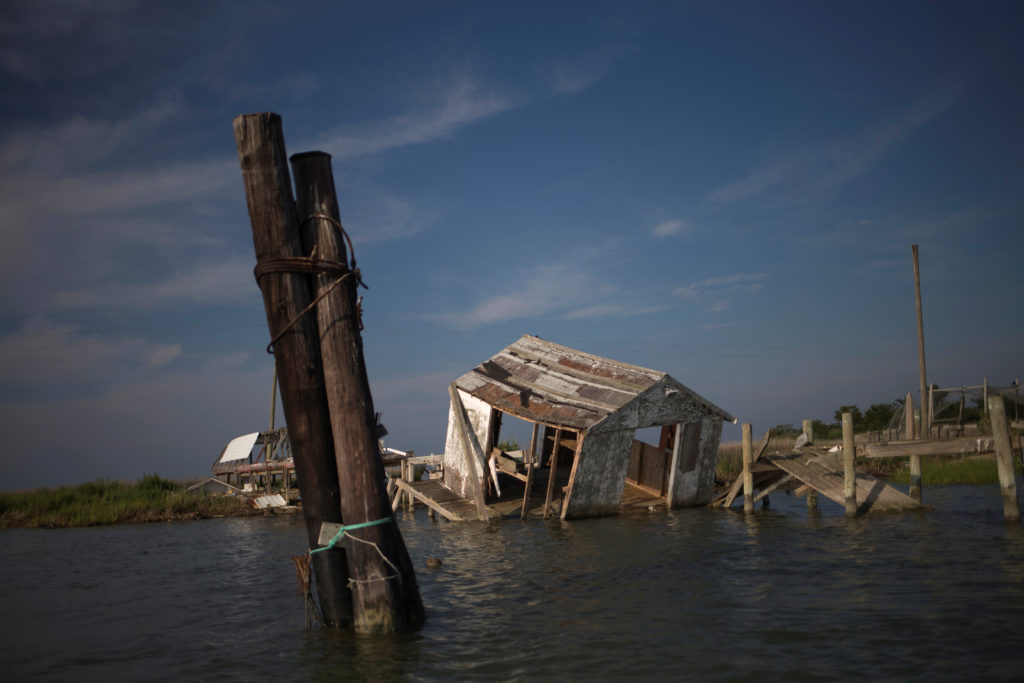 By 2300, the ocean could rise eight inches for every five years the world doesn’t address climate change, according to a new study in Nature. But this also presupposes that the world will hit its 2050 Paris climate agreement goals, and that global emissions will peak no later than 2035 and then decline.

Uncertainty over future sea level rise stems from potential changes in Antarctic ice sheet levels, which at this point are difficult to predict. [The Washington Post]

Why it matters: The eight-inch approximation is the central estimate, the Post explains. Extreme rises of up to a meter for every five years of inaction by 2300 are also possible, although less likely. In the best scenarios, in which the world meets its emissions goals as early as possible, the oceans could still rise between 2.3 and 4 feet by 2300. That’s compared to the eight inches the oceans rose over the entire 20th century, Matthias Mengel of Germany’s Potsdam Institute for Climate Impact Research and the lead author of the Nature study told the Post.

The science and data on this are so uncertain that a study released the week before indicated that ocean levels could rise as much as over two feet by 2100, a much quicker pace than the Nature study suggested. Another study indicated that Antarctic ice loss is also accelerating, which likely accounts for some sea level rise.

These studies conclude that sea levels are rising and at a faster rate than any other time in human history. And those levels rely upon the world’s ability to address greenhouse gas emissions, especially by the 2050 Paris climate accord target. In 2017, President Donald Trump announced the United States would withdraw from the the accord. 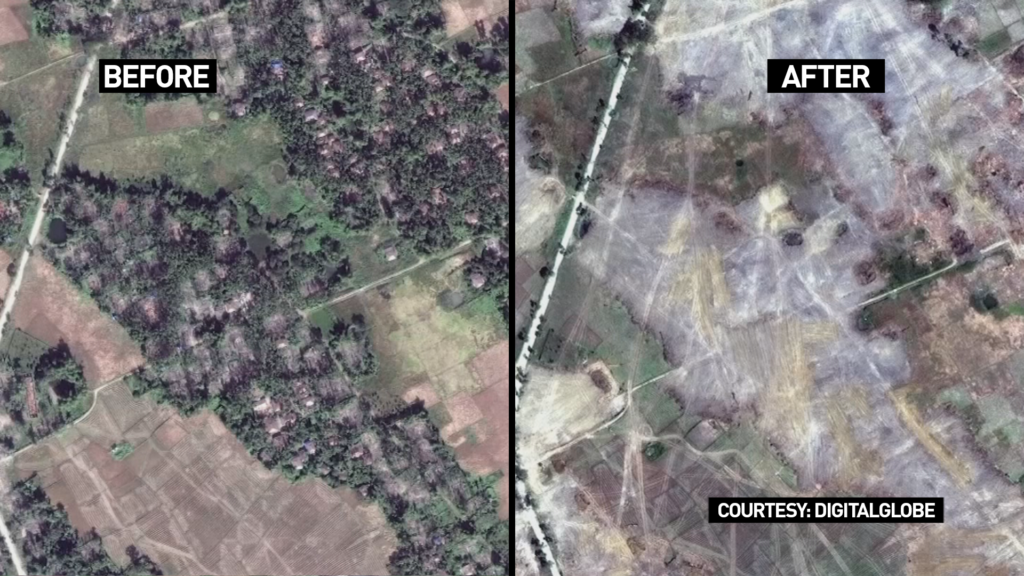 In August 2017, Myanmar forced the exodus of hundreds of thousands Rohingya from their villages to neighboring Bangladesh. The government blamed a violent uprising by insurgent members of the mostly ethnic Muslim group against Myanmar police officers, but the official response has been characterized by the U.S. as ethnic cleansing. Now, new satellite images released by DigitalGlobe show at least 28 former villages in the Rakhine state — which had been burned by government troops after their inhabitants fled — have been bulldozed over entirely. [AP]

Why it matters: Human rights groups say razing could indicate the Myanmar government is trying to obliterate evidence of any war crimes before an official investigation can be launched. “Many of these villages were scenes of atrocities against Rohingya and should be preserved so that the experts appointed by the UN to document these abuses can properly evaluate the evidence to identify those responsible,” said Brad Adams, executive director of Human Rights Watch’s Asia Division, said in an online post published by the group.

The Rohingya do not have citizenship in the country and have very few rights. Human Rights Watch has accused Myanmar’s majority Buddhist government of massacring and raping Rohingya and looting their villages. The U.N. is investigating those claims.

The government says the bulldozing was not a way of destroying evidence and claims it’s constructing new villages for when the nearly 700,000 displaced people eventually return (Bangladesh and Myanmar officials agreed in January to return all Rohingya within two years). But Rohingya refugees who have seen the villages say the government is trying to erase their existences. “All the memories that I had there are gone,” an 18-year old woman told the AP.

3. U.S. border officials aren’t verifying passports as accurately as they should be, according to report 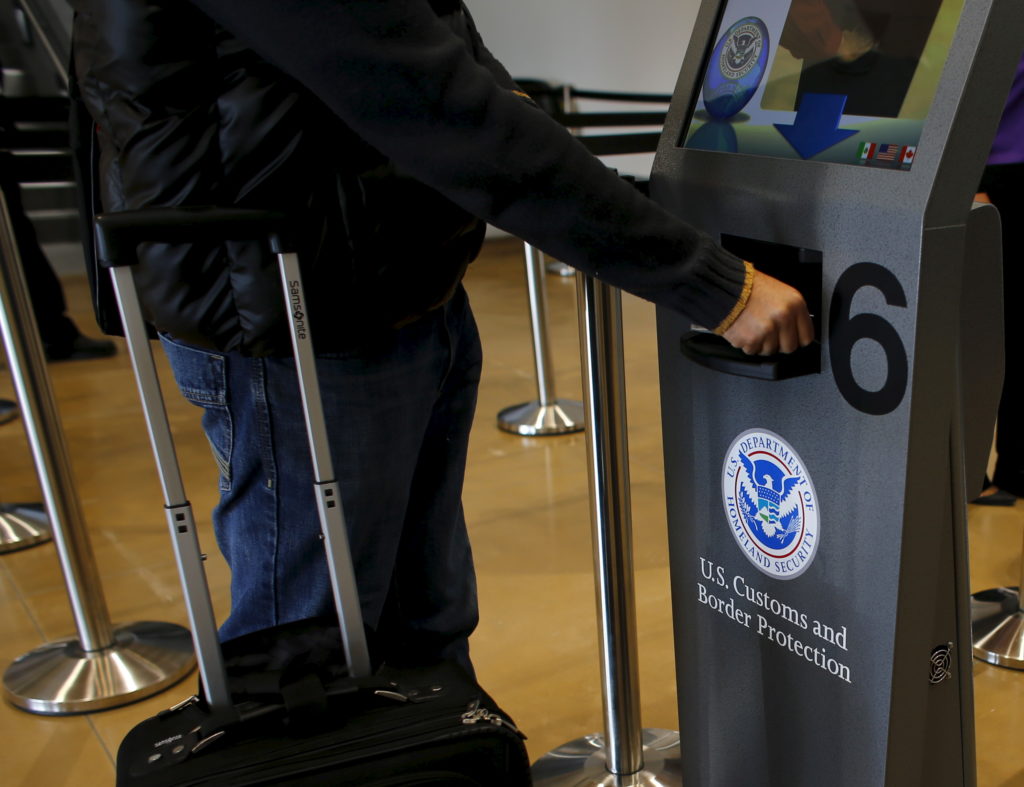 A traveler has his passport scanned as he passes through U.S. Customs and Immigration after using the Cross Border Xpress pedestrian bridge between San Diego and the Tijuana airport on the facility’s opening day in Otay Mesa, California December 9, 2015. The privately run facility allows ticketed passengers to skip long border waits and clear U.S. Customs for a fee. REUTERS/Mike Blake

In 2007, U.S. Customs and Border Protection introduced new “e-passports,” which included a cryptographic signature. Citizens of the 38 countries not required to obtain a visa before travel to the U.S. must have an e-passport, intended as a heightened layer of security, to be admitted. But in a letter to the acting commissioner of the agency, Sens. Claire McCaskill, D-Mo. and Ron Wyden, D-Ore., revealed that CPB never had the software to properly interpret the scanned signatures. [ZDNet]

Why it matters:The intention of the e-passports was to add additional security to forgeable paper passports. According to ZDNet, the passport contains a chip with “cryptographic information and machine-readable text, making it easy to verify a passport’s authenticity and integrity. That cryptographic information makes it almost impossible to forge a passport, and it helps to protect against identity theft.”

Despite having the proper readers at most ports of entry, the government does not have the appropriate software to read the data. Without that software, “CBP is unable to determine if the data stored on the smart chips has been tampered with or forged,” McCaskill and Wyden wrote in their letter. The two Democrats also said that CPB has known about this technological oversight since 2010.

In a statement to WIRED, CBP said: “While CBP does not verify the country certificate of an e-Passport at this time, CBP does verify the data contained within the chip and in the machine-readable zone (MRZ). The data on the chip and the MRZ is compared and any inconsistencies are immediately flagged for the CBP officer. The statement also said that the chip is “verified to ensure it has not been modified or tampered with.”

The senators requested that CPB begin implementing a plan to properly verify passports by the beginning of 2019. 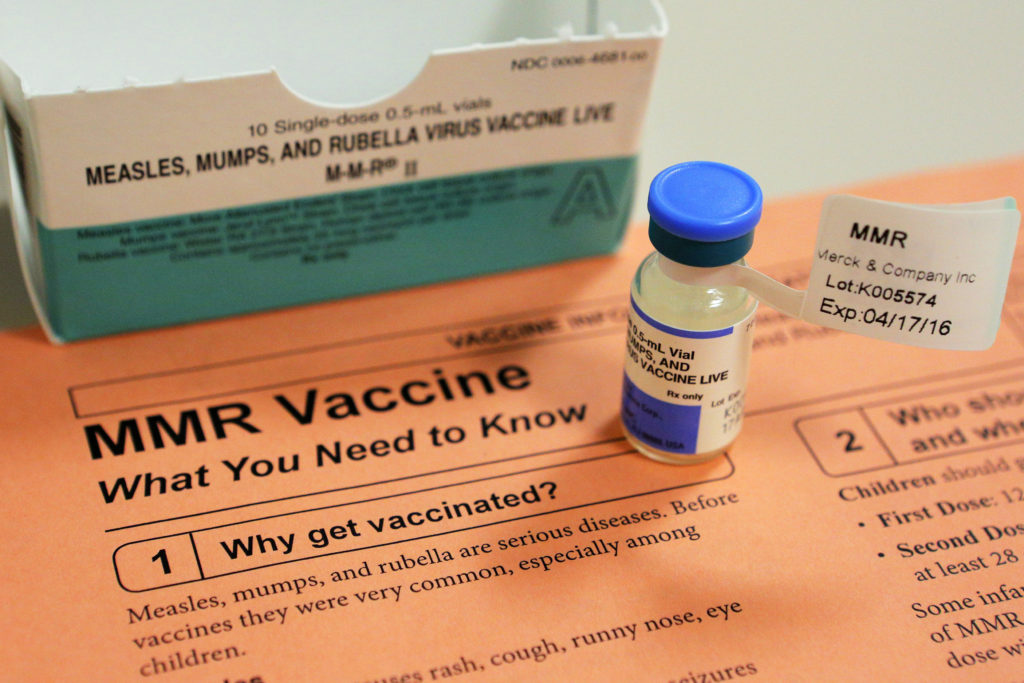 A vial of measles, mumps and rubella vaccine and an information sheet is seen at Boston Children’s Hospital in Boston, Massachusetts February 26, 2015. REUTERS/Brian Snyder

The World Health Organization said 2017 European cases of measles were more than four times higher than the number it saw in 2016, when there was a record low of 5,273 reported cases. Of last year’s 21,315 cases, nearly a quarter were detected in Romania, which has an underfunded public health system as well as a large population of Roma, or gypsies, who the European Commission says tend not to vaccinate their children. Italy and Ukraine each reported nearly a quarter of the cases. During the same year, at least 35 children across Europe died from the measles. [The New York Times]

Why it matters:Two decades ago, the medical journal The Lancet published a now-retracted study that claimed to have found a link between the measles, mumps, and rubella (MMR) vaccine and autism. Twelve years later, The Lancet retracted the study, citing overwhelming evidence to the contrary. Still, widespread vaccine skepticism in Europe has led to lower rates of vaccination there compared to the U.S.

Despite legal requirements and fines in many countries for not vaccinating, a 2016 London School of Hygiene and Tropical Medicine study found that skepticism against vaccines persists. In France, 41 percent of French adults said they did not think vaccines were safe (the global average is 13 percent). In the United States, the measles death rate — which had been effectively eradicated then reemerged in recent years — is less than 1 percent. But the study also found that in countries with less readily available healthcare and greater malnutrition, the death rate can be up to 6 percent, and is higher among displaced people.

5. NASA is updating their “poop suits” 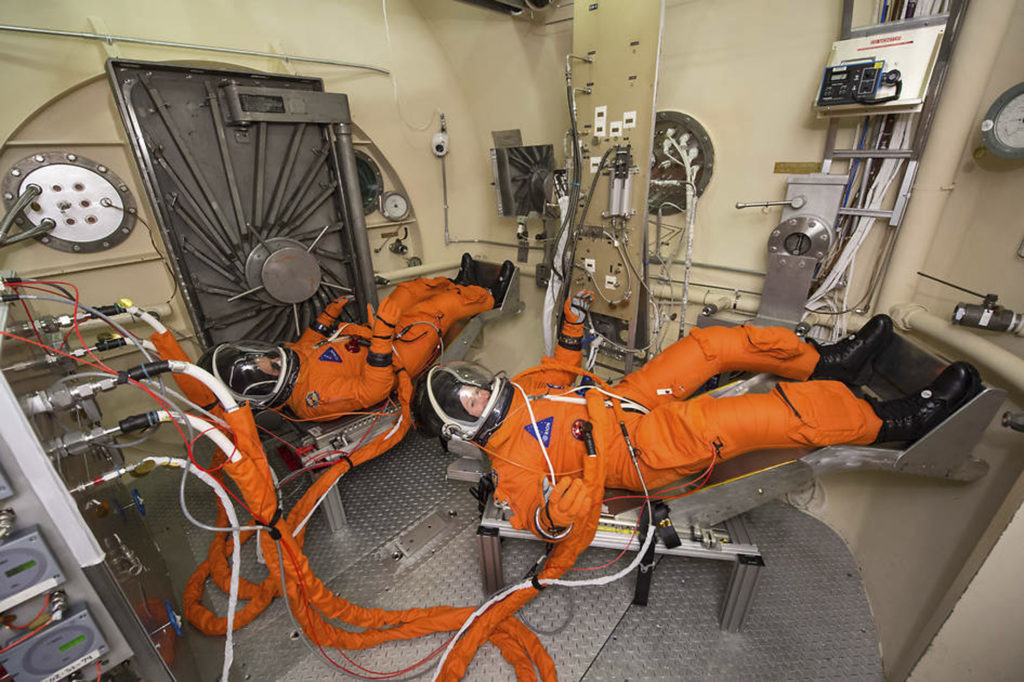 Member of the Johnson Space Center team participate in Vacuum Pressure Integrated Suit testing of the spacesuit astronauts will wear during Orion spacecraft missions into deep space in this March 17, 2015 handout photo at the Johnson Space Center in Houston, Texas provided by NASA March 19, 2015 . Astronauts will board the Orion spacecraft for the first crewed flight in 2021 according to NASA. REUTERS/Bill Stafford/NASA

NASA is developing human waste removal for their newer spacesuits. They’re called Orion Crew Survival Systems Suits, and will be worn by the spacecraft’s crew.

NASA already has a waste disposal system; the original spacecrafts which humans took to the moon had no onboard toilets, hence the poop suits. But in 2016, NASA began the process of trying to update their systems. [Space.com]

Why it matters: NASA’s new design in part reflects the goals of longer space travel. While these suits wouldn’t be used for Mars missions, they would be used for trips beyond the moon, serving as a backup in case of craft emergencies. NASA wants astronauts to be able to use these suits for up to six days without having to take them off.

And for the first time, NASA’s waste disposal systems will account for female astronauts. Space.com reported that “the general design is similar to the tube system used by female fighter pilots to relieve themselves during long flights, or members of the military who may not be able to stop a task to relieve themselves.”