5 Stories: What’s behind the ‘Great Resignation,’ recycled tents for refugees and other stories you missed

Thousands of tents left at music festival repurposed for refugees 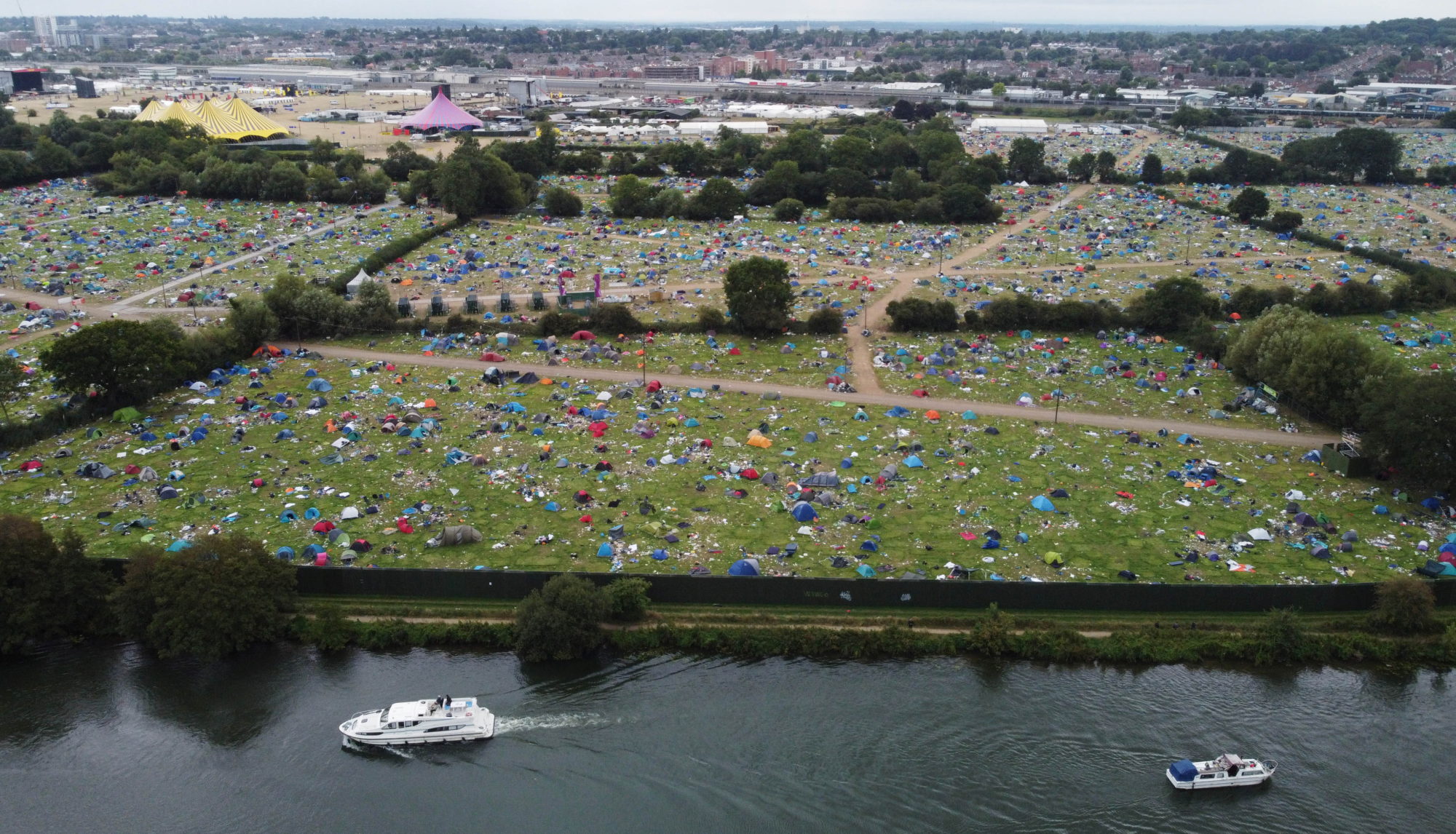 Abandoned tents are seen at the Reading Festival campsite after the event, in Reading, Britain. Picture: Reuters/Matthew Childs

The Reading Festival was one of the first — and biggest — music events allowed by the British government since it lifted pandemic restrictions earlier this summer. And while the festival’s organizers touted eco-friendly practices on their website — including several mentions to “Only bring what you can take home with you” — clearly not all of the more than 90,000 festival goers followed suit.

Herts for Refugees, a nonprofit organization that assists refugees throughout Europe, is one of several charitable organizations that helped clean up the grounds. The group collected 2,300 tents and 500 sleeping bags and plans to send them to refugees living near French ports.

But a majority of what was left behind at festivals ended up in the trash. According to the Independent, more than 90 percent of tents left behind at British music festivals wind up in landfills or incinerators.

The Louisiana National Guard deployed a temporary, floating bridge in Lafitte, Louisiana, beginning Saturday in the wake of Hurricane Ida.

The Leo Kerner Swing Bridge that normally connects Lafitte to the island town of Barataria was severely damaged after being struck by a barge during the Category 4 storm. With the bridge out of commission, Barataria — which is home to 1,200 people — was largely inaccessible to vehicles except for a giant raft ferry that the Guard also brought in.

The temporary bridge now allows police, fire services and other emergency personnel to cross the bayou waterway, providing some relief to the stranded community. Officials plan to use the structure until the bridge is rebuilt.

Americans are quitting their jobs at record rates. According to the Bureau of Labor Statistics, 3.9 million people quit their jobs in June, a number only slightly lower than the record 4 million Americans who called it quits in April.

The mass exodus has been dubbed “the Great Resignation,” and an August survey from the software company Adobe reveals younger generations are likely driving the charge.

The survey of 5,500 employees and business owners found more than a third of workers want to change jobs in the next year. For Generation Z, that number was 56 percent.

And that survey isn’t alone. Studies from Microsoft and Bankrate also found that more than half of employees 18 to 24 years old are thinking of quitting.

Why? Burnout and the desire for flexible work hours.

The Adobe survey found more than half of Gen-Zers are unsatisfied with their work-life balance, and nearly two-thirds felt constrained when working traditional 9 to 5 hours. 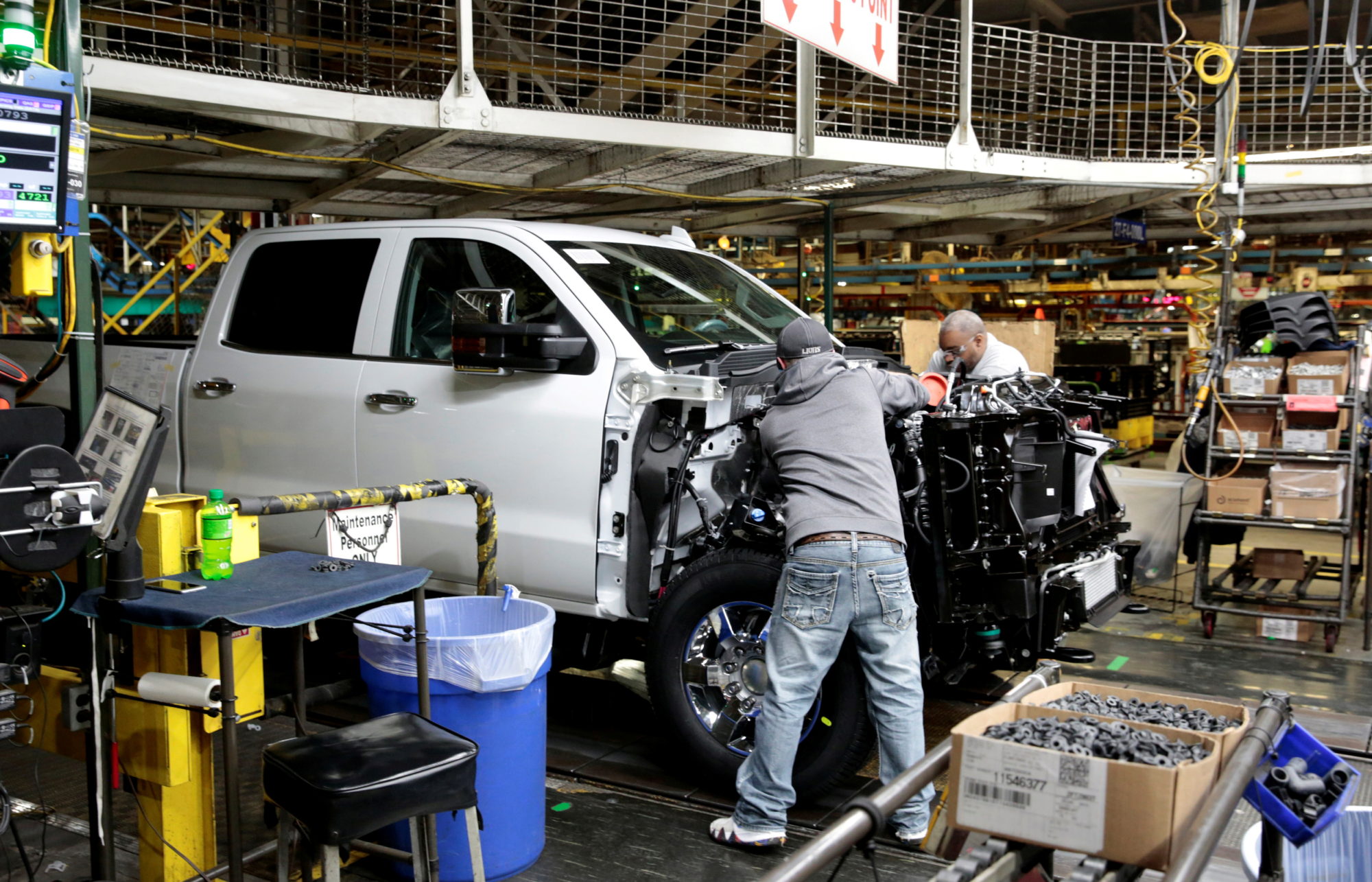 General Motors assembly workers work on Chevrolet heavy-duty pickup trucks at the General Motors Flint Assembly Plant in Flint, Michigan on February 5, 2019. The plant is one of still operating amid GM’s temporary shutdown of factories as it copes with the global chip shortage. Photo: Reuters/Rebecca Cook

General Motors temporarily closed all but four of its more than two dozen North American assembly plants this week. Not for a lack of workers or slumping sales, but because of an ongoing global chip shortage.

Why is there a shortage?

Before COVID, the introduction of 5G was already increasing demand for chips — also known as semiconductors. Then, fearing cybersecurity issues, the U.S. moved to prevent sales of semiconductors and other tech from the Chinese firm Huawei, putting pressure on other chip makers.

Once the pandemic happened, the demand for laptops, tablets, webcams and other work-from-home tech skyrocketed. Combine that with higher shipping costs and fewer workers, and the world has a chip shortage.

Now companies are having to make tough choices on what to produce with the chips they do have. So, for the next week or two, GM will focus on producing only their best selling products like full size SUVs and pickup trucks.

IUDs, or intrauterine devices, are more than 99 percent effective at preventing pregnancy and last up to 10 years. But while IUDs are touted by OB-GYNs as the gold standard of birth control, some women are finding they are easier to put in than remove.

Inserting IUDs is usually a free process, but removing them can cost women up to $1,000 if it’s not covered by insurance. Plus, some doctors aren’t always inclined to take them out when first requested because they want to first monitor or treat rare side effects like severe cramping or depression before removing the device.

Frustrated by costs and their practitioners, dozens of women have taken to YouTube and TikTok to post videos about how they’ve taken out their IUDs themselves. And according to a review published last month in the journal Contraception, those videos have clocked in millions of views.

While the thought of IUD self-removal might make you cringe, health experts say the practice is generally safe and easy to do, but they do encourage women to speak with their OB-GYNs about how to do it before giving it a try.