5 Stories: Why this Argentinian lagoon turned pink, a new Barbie honors COVID frontline workers and other stories you missed 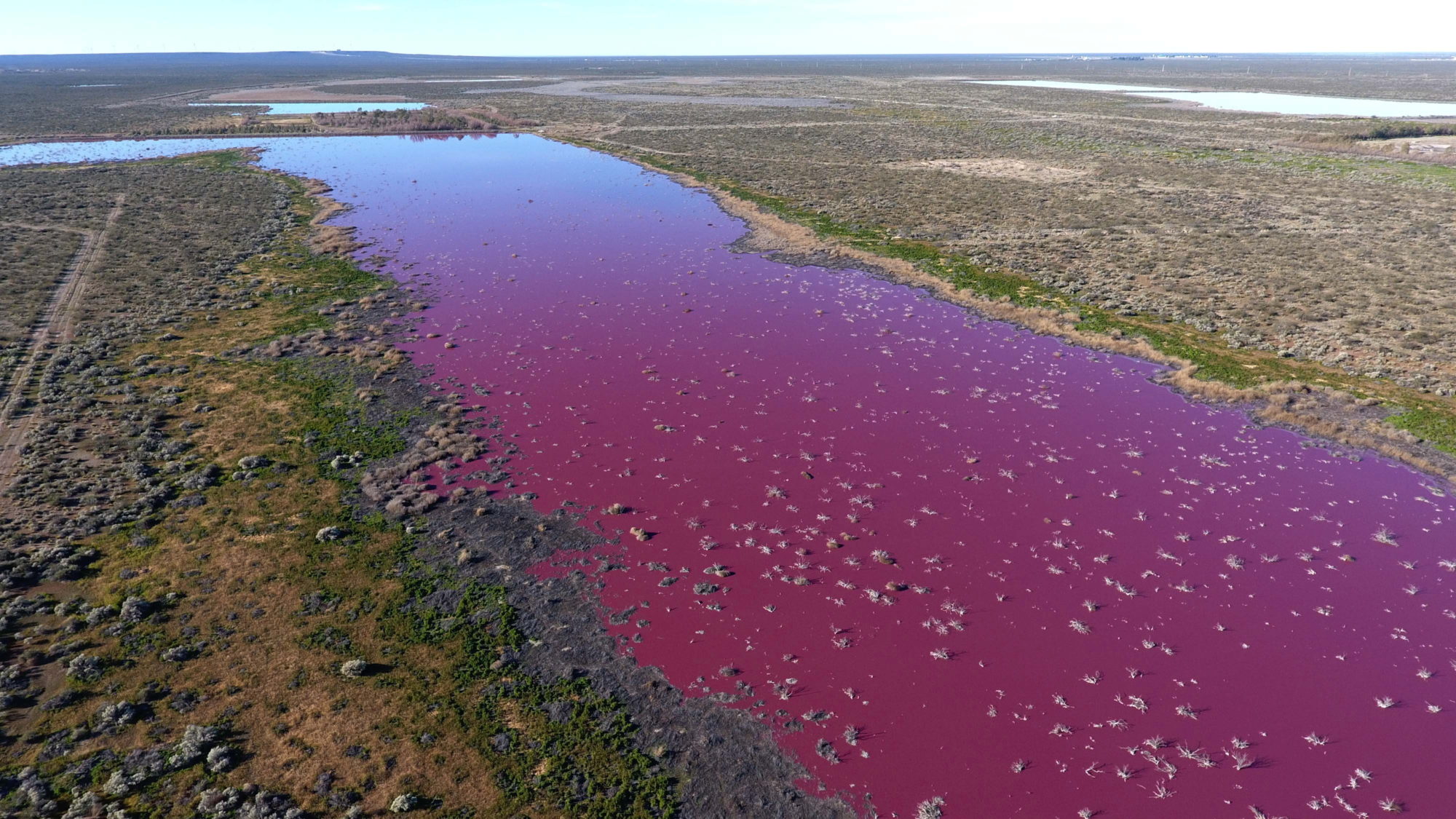 Two fuchsia colored lakes in the Patagonia region of Argentina may look beautiful, but the reason for their color is anything but rosy.

This Corfo Lagoon turned a vibrant neon color in July. Environmental activists say the color change is due to high levels of sodium sulfite, an antibacterial product used to preserve fish and shellfish. It can be toxic in high concentrations.

Protesters fed up with the pollution and smells coming from fish processing plants in nearby Trelew blocked the road normally used to haul off waste. So, authorities granted trucks permission to unload their waste in the Corfo Lagoon instead.

Adriana Sanz, the head of the organization that handles the waste treatment, claims the group never dumped waste into the lagoon, but the incident is now under investigation. 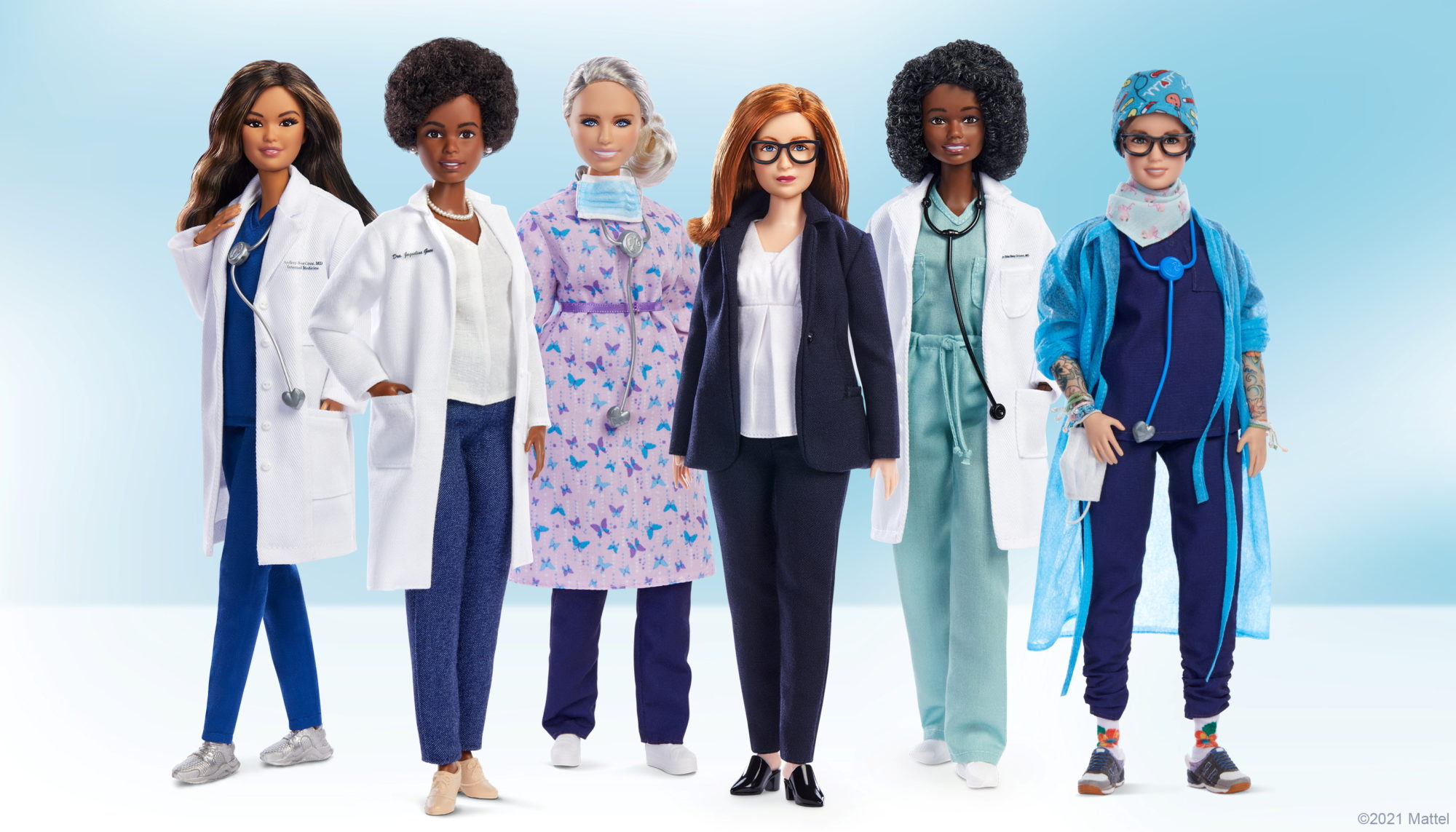 A Barbie doll made in the likeness of Sarah Gilbert (third from the right), the Oxford University professor who co-designed the Oxford-AstraZeneca vaccine, is among a global lineup of women of healthcare sector honored with a one-of-a-kind doll. Photo courtesy: Mattel

What do singers Beyoncé and Ariana Grande and British professor Sarah Gilbert all have in common? They each have a Barbie doll made in their likeness.

Gilbert led the development of the Oxford-AstraZeneca vaccine for COVID-19. She is one of six real women — all are researchers and medical professionals on the frontline of the COVID pandemic — that Mattel honored this month with personalized Barbie dolls.

Gilbert chose the nonprofit, Women in Science and Engineering, to receive a financial donation from Mattel.

Starting this week, pregnant and immediately postpartum women incarcerated in Minnesota are eligible to serve their sentences in non-prison environments for up to one year after giving birth.

Thanks to the Healthy Start Act, new mothers can serve out their sentences alongside their babies in alternative environments like halfway houses and rehabilitation centers. Supporters say that’s important because research shows mother-baby bonding in the first year of life leads to mental and physical health benefits for both.

The Healthy Start Act is the first of its kind in the nation and passed with a record 35 women as co-sponsors. Nine other states have in-prison nursery programs.

Candidates for the Minnesota program will be considered on a case-by-case basis. In most situations, most who would qualify would already be released from detention in another six months.

Nationwide, the Child Welfare League of America says 3 to 4 percent of women in state and federal prisons are pregnant at sentencing. 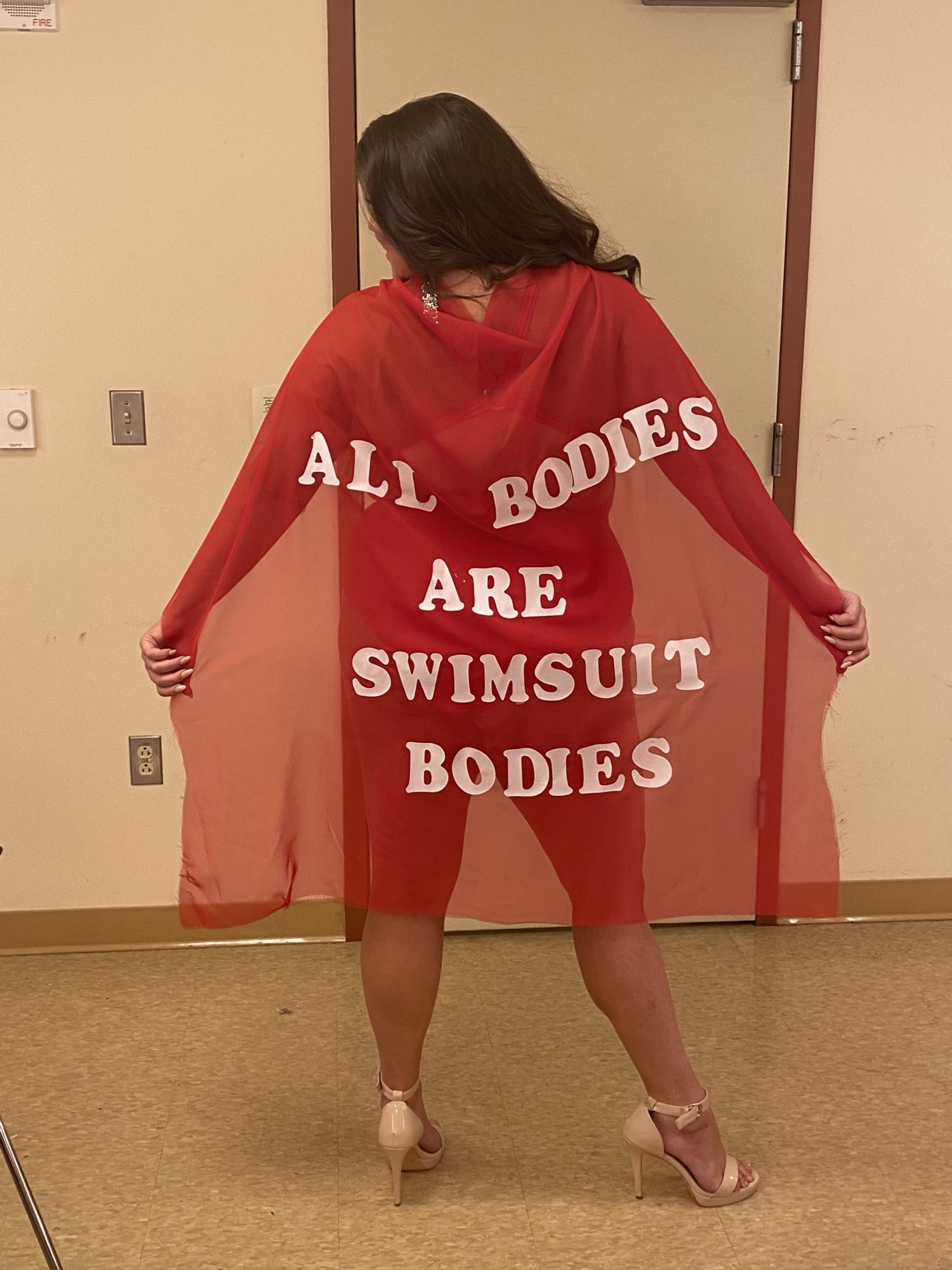 In July’s Miss DC USA pageant, Jacqueline LaBayne strutted into the bathing suit competition with an important message. She hit the stage sporting a red bathing suit and a matching cape decorated with the words “ALL BODIES ARE SWIMSUIT BODIES.”

LaBayne says she always struggled with body positivity and rarely saw empowering representation of plus-sized women, especially in pageants. So she decided to throw her own hat in the ring and compete in a pageant herself.

LaBayne said her cape banner was a last-minute idea, and she was initially nervous to wear it.

“I didn’t know how everyone was going to take it. I didn’t want to disrespect the anyone,” she said. “But one of the women backstage, she saw my cape, and she was like, ‘Yes, that is amazing. I love that. I needed that.’ And that’s honestly all I needed.”

And while LaBayne didn’t win the crown, she hopes her act of resistance will break down pageant beauty norms and inspire other women to love their bodies.

In a written statement, Ray Halbritter — a member of Oneida Nation who led the “Change the Mascot” campaign against the football team’s name — welcomed the new policy saying that “by prohibiting fans from misappropriating and mocking Native culture, the Washington football team is demonstrating common decency and common sense.”

The decision comes a year after the NFL franchise retired the offensive name it used for nearly nine decades. The team expects to unveil its new mascot and name — which will have no ties to First Nations imagery and culture — in early 2022

The decision follows on a string of others from major sports teams to make their branding more inclusive and respectful. In December, Cleveland’s major league baseball club announced plans to rename the team at the end of this season, and in 2020, the Kansas City Chiefs banned headdresses, face paint and offensive gestures from their stadium. Other teams, like the Atlanta Braves and Chicago Blackhawks, say their names honor First Nations and have no plans to change.