The constitutional showdown over President Donald Trump’s travel ban unfolds in the U.S. Supreme Court this month — one of two key challenges marking the end of the term’s oral arguments.

The justices, not by design, have scheduled the most intensely litigated case of the past year for their final argument day. In Trump v. Hawaii, the Trump Administration seeks to reverse lower court rulings that found legal and constitutional failures with the third version of the travel ban.

Here is a quick look at what is before the justices:

The challengers: The state of Hawaii, three individuals who are U.S. citizens or lawful permanent residents with relatives from Syria, Yemen and Iran seeking visas, and the Muslim Association of Hawaii filed suits challenging these travel restrictions, except for nationals of North Korea and Venezuela.

In Trump v. Hawaii, the Trump Administration seeks to reverse lower court rulings that found legal and constitutional failures with the third version of the travel ban.

What happened in lower courts? A federal district court in Hawaii held that the travel proclamation violated the Immigration and Nationality Act and barred its enforcement, except with respect to North Korea and Venezuela. The U.S. Court of Appeals for the Ninth Circuit agreed and affirmed the injunction except as to those without a credible claim of a bona fide relationship with a person or entity in the United States. The Supreme Court, on the government’s request, allowed the travel ban to take full effect in December, pending its decision on the government’s appeal.

The issues before justices now: Do courts have authority to review the executive and legislative branches’ decisions to exclude aliens abroad? In issuing the travel ban, did Trump exceed his power under the Immigration and Nationality Act? Does the travel ban discriminate on the basis of religion in violation of the Constitution’s establishment clause? And was the global injunction barring enforcement of the travel ban from the lower courts overly broad?

The Trump Administration’s top lawyer before the Supreme Court — Solicitor General Noel Francisco — will defend the travel ban against the challengers’ lawyer, Neal Katyal of Hogan Lovells law firm, who served as acting solicitor general during the Obama Administration. They are two very skilled and experienced Supreme Court advocates.

The justices have agreed to release same-day audio of the arguments, which will be held April 25. The argument transcript also will be available that afternoon. Tune into the court’s website. It should be a great argument.

This Supreme Court decision could affect your online purchases 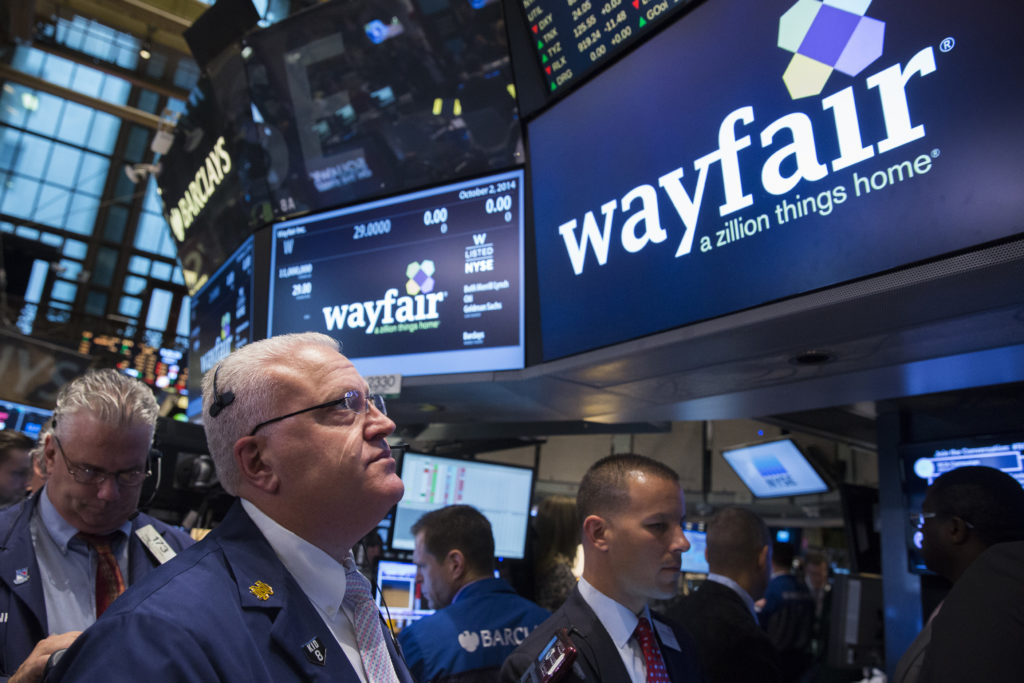 In a case coming before the Supreme Court, Wayfair, Overstock.Com and Newegg and its supporters argue that state sales tax collection would be particularly burdensome for smaller and medium-sized retailers who lack the ability to do multi-state tax compliance. REUTERS/Lucas Jackson.

The travel ban, the justices also will hear arguments in a case that potentially could mean billions of dollars in new revenue for budget-hungry states. South Dakota leads the effort to require online or remote retailers to collect sales taxes on goods sold in states where they have no physical presence. An estimate from the National Conference of State Legislatures says total taxes uncollected because of the physical-presence requirement amounts to almost $26 billion annually. An updated study projects the states’ likely losses at $33.9 billion in 2018 and $211 billion from 2018-2022.

South Dakota’s argumentIn South Dakota v. Wayfair, the Mount Rushmore State and its supporters urge the justices to disavow their 1992 decision which reaffirmed that states could require online retailers to collect sales taxes only if the retailers have a physical presence in the states in which their products are sold.

The physical presence-only test essentially sheltered and helped expand the mail-order industry. And two decades ago, it still seemed likely that major retailers would need a store, salesperson or some other presence to succeed in a given market. But now, “in the digital age where ubiquitous e-commerce is projected into our homes and smart phones over the internet, traditional ‘physical’ presence is an increasingly poor proxy for a company’s ‘nexus’ with any given market or State,” argues South Dakota. “Internet retail now makes it possible to do billions in business in a forum without having a strictly ‘physical’ presence there, while also interacting far more pervasively— and being much more ‘present’—than catalog mailers ever were.”

An estimate from the National Conference of State Legislatures says total taxes uncollected because of the physical-presence requirement amounts to almost $26 billion annually.

The challengers: Wayfair, Overstock.Com and Newegg and its supporters strenuously disagree and argue that state sales tax collection would be particularly burdensome for smaller and medium-sized retailers who lack the ability to do multi-state tax compliance.

“The so-called non-collectors are primarily small and medium-size companies, especially start-ups and regionally remote businesses for whom the Internet has enabled access to a national marketplace,” they argue. “Imposing the disparate requirements of 12,000 tax jurisdictions on such companies would effectively be a barricade across the Internet superhighway for thousands of companies, who would need to curtail their ambitions and limit their prospective markets.”

The issues before justices now:The briefs are full of fascinating policy arguments. But the justices face essentially the same constitutional question they first considered in a 1967 case, the precursor to the 1992 decision being challenged: Do state sales tax obligations on remote retailers violate the dormant commerce clause?

Watch Justices Anthony Kennedy and Neil Gorsuch in this one. Both have previously criticized the 1992 decision at the center of this case, Gorsuch while serving on the circuit court of appeals.

When the justices finish the term’s arguments on April 25, they will begin an intense writing period in which they draft and circulate opinions in the argued cases. They usually wrap up all business by the end of June. However, the court has been slow to issue decisions so far and with so many high-stake cases, this term likely will test that informal June deadline.