When Morgantown, West Virginia, became the 11th city in the state to pass an LGBTQ nondiscrimination bill last week, city lawmakers lamented that it had not happened sooner.

But the city is among a growing group of municipalities that have become a driving force behind LGBTQ rights, advocates say. At a time when federal and state governments are threatening to roll back protections for the community, cities are becoming more progressive on LGBTQ issues, according to a report the Human Rights Campaign released Thursday.

“In a year marked by a wave of anti-LGBTQ state bills and an unprecedented rollback of hard-won federal LGBTQ protections, the [index] reveals that city leaders are boldly standing up for equality,” Xavier Persad, legislative counsel at the Human Rights Campaign, wrote in an email.

In 2016, the American Civil Liberties Union tracked at least 100 bills that could limit the rights of LGBTQ people. Some of these bills are “religious freedom” laws that proponents say are meant to protect religious liberty even as critics call them a veiled license to discriminate, saying they would allow agencies and businesses to refuse service to LGBTQ people.

Meanwhile, Attorney General Jeff Sessions released sweeping guidance earlier this month on religious freedom, which included that “religious observance and practice should be reasonably accommodated in all government activity.”

President Donald Trump’s administration has moved to roll back other policies on LGBTQ people, including a decision by the Departments of Justice and Education to rescind Obama-era guidance on bathroom use for transgender students along with Trump’s recent announcement that he would ban trans troops from serving in the military.

The Human Rights Campaign index scored 506 cities on factors like laws against discrimination based on sexual orientation and gender identity, municipal resources for LGBTQ people and policies for city employees.

It found that 68 cities reached a perfect score this year, up from 60 in the 2016 index — an all-time record since the index started in 2012. And score averages grew in 36 states, with the highest increases in Alabama, Iowa, West Virginia and New Jersey. Those increases, advocates say, reflect a growing momentum among city lawmakers to enact protections for LGBTQ people, even in the absence of state or federal support.

Morgantown, home to West Virginia University, had long considered itself an LGBTQ-friendly city, and the city’s human rights commission had been working on a nondiscrimination bill for two years, city lawmakers said. But this year, a contentious political climate has caused concerns among LGBTQ citizens and encouraged the city to move forward with the law, Mayor Bill Kawecki said.

“I think it goes to the national level,” Kawecki said. “[LGBTQ people] are not as confident that they’re as well-protected or secure as they might have been.” 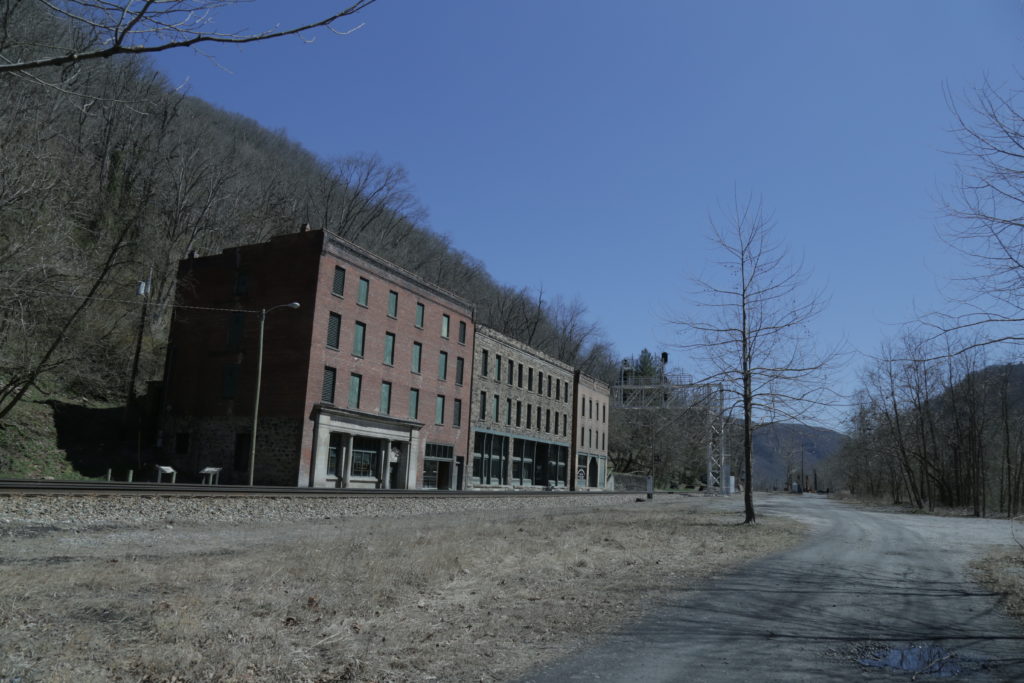 Thurmond, West Virginia, population five, is the smallest town in the United States to pass an LGBT nondiscrimination measure. Thurmond was once a booming coal town, but following the decline of coal, the town lost hundreds of residents. Photo by Corinne Segal

Cities have long been at the forefront of LGBTQ rights, said Jenny Pizer, senior counsel for Lambda Legal and director of its Law and Policy Project.

“This has been a dynamic within the LGBT equality movement going back decades, that municipalities have taken the lead in enacting nondiscrimination policies and domestic partner policies before we have seen similar policies adopted at the state level,” she said.

But recently, efforts to pass such policies at the state level have stalled amid a conservative backlash against the 2015 Supreme Court decision to legalize marriage equality.

This happened in West Virginia, where a state nondiscrimination bill gained bipartisan support this year for the first time but did not come up for a vote.

Given these standstills, Pizer said cities are stepping up.

“We do lack protections at the state and federal level for members of the LGBTQIA — all of that group,” Morgantown City Council member Ryan Wallace said. “I think that it does fall on municipalities then to do whatever they can to provide equal protection, certainly here in West Virginia and across the nation.”

Though there are limits to how far cities can go on LGBTQ protections. Compared to the state or federal government, cities have limited enforcement powers, Pizer said. Three states — North Carolina, Tennessee and Arkansas — have laws that forbid cities from passing their own nondiscrimination policies.

Keller said she was happy to see a nondiscrimination bill recently passed in Birmingham, but the law has less of an immediate impact on LGBTQ youth.

“There continues to be an issue pushing the needle to actually support students in an intentional way,” she said. “We don’t want to be the only people to be doing this work.”