AURORA, Ill. — The frantic calls started pouring in at 1:24 p.m. A gunman was shooting people inside a sprawling manufacturing warehouse in Aurora, Illinois.

Within four minutes, the first police officers rushed to the 29,000-square-foot building in the suburban Chicago city and were fired on immediately; one was struck outside and four others shot inside.

By the time the chaos ended Friday afternoon, five male employees of Henry Pratt Co. were found dead and the gunman was killed in a shootout with police after a 90-minute search of the sprawling warehouse.

One of the 5 victims of the Aurora, IL shooting yesterday was 21-year-old Trevor Wehner. He was an HR intern at the Henry Pratt company. Per a friend of his family, it was his first day on the job & he was sitting in on the HR firing meeting with the shooter when he opened fire. pic.twitter.com/7KjmNoVg3i

Five male police officers were also hospitalized with injuries that were not life-threatening.

“For so many years, we have seen similar situations throughout our nation and the horrible feeling that we get when we see it on the news. To experience it first-hand, is even more painful,” said Aurora Mayor Richard C. Irvin. 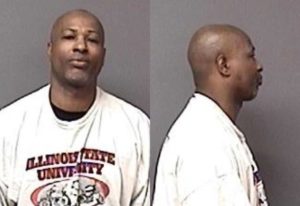 Aurora Police Chief Kristen Ziman said the gunman, 45-year-old Gary Martin, was being fired from his job Friday after 15 years with the company. It was not immediately known why Martin was being fired.

“We don’t know whether he had the gun on him at the time or if he went to retrieve it,” Ziman said.

She also said that authorities don’t yet know if the employees firing him were among the victims. The names of those killed were not immediately released.

In addition to the five employees killed, a sixth worker was taken to a hospital with injuries that were not life-threatening. A sixth police officer suffered a knee injury while officers were searching the building.

The shooting shocked the city of 200,000 that is about 40 miles west of Chicago.

Christy Fonseca often worries about some of the gang-related crimes and shootings around her mother’s Aurora neighborhood. But she never expected the type of phone call she got from her mom on Friday, warning her to be careful with an active shooter loose in the town. 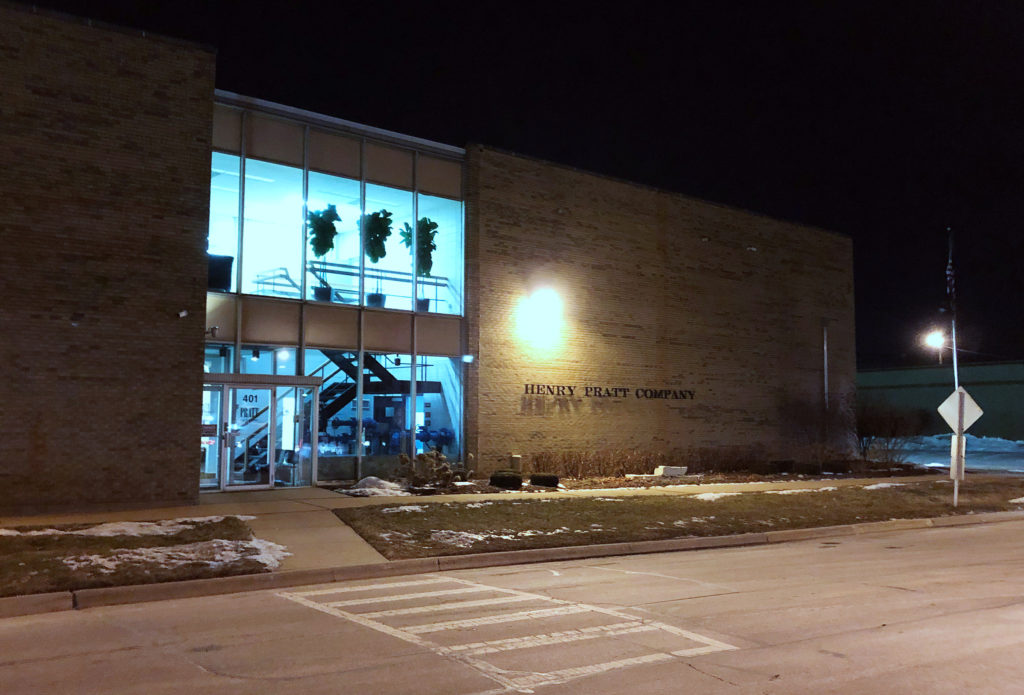 Police cars with screaming sirens revved past her as she drove to her mother’s house, where the Henry Pratt building is visible from the porch stoop. It was only when they flipped on the television news that they realized Martin had killed people just a few hundred feet away.

“In Aurora, period, we’d never thought anything like this would happen,” Fonseca, a lifelong resident, said as she looked out at the warehouse where Henry Pratt makes valves for industrial purposes.

At Acorn Woods Condominiums where Martin lived, a mix of brick apartments and condos nestled on a quiet street just a mile and a half from the shooting, neighbors gathered on sidewalks near Martin’s unit talking and wondering among themselves if they knew or had come in contact with him.

Mary McKnight stepped out of her car with a cherry cheesecake purchased for her son’s birthday, to find a flurry of police cars, officers and media trucks.

“This is a strange thing to come home to, right,” she said. She had just learned that the shooter lived close by and his unit in the complex had been taped off by police.

“I don’t know. We can only surmise with a gentleman that’s being terminated that this was something he intended to do.”

Left: An aerial photo of police and emergency vehicles parked in a lot adjacent to a warehouse at the scene of a mass shooting involving multiply casualties in Aurora, Illinois, U.S., February 15, 2019. Bev Horne/Daily Herald/via Reuters