BAXTER, Tenn. — Billy Dyer’s cellphone blared out an emergency alert, then his wife Kathy’s phone followed, giving them just enough time to get downstairs and flip on a TV to check the news.

Then the tornado hit.

When the sun rose Tuesday morning, the Dyers emerged to find the walls around their corner bedroom gone. Their mattress was perched precariously on their bed’s headboard, with only sky all around.

“Thank God we had enough time to get downstairs to the basement or we would probably not be here,” Dyer said. 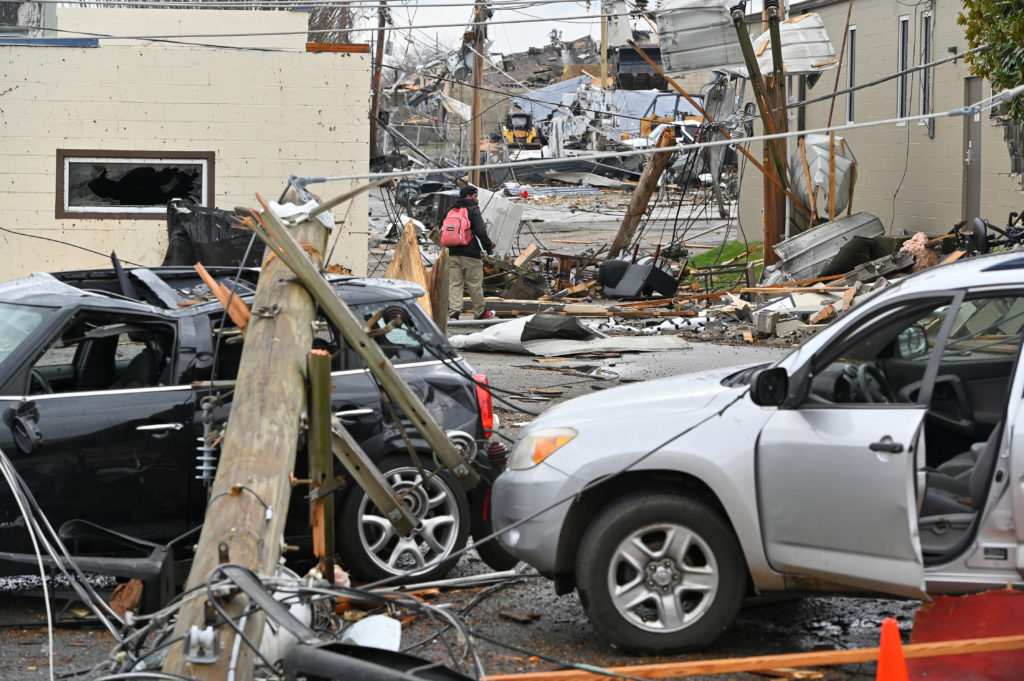 Damage to buildings and vehicles is seen after a tornado hit eastern Nashville, Tennessee. Photo by Harrison McClary/Reuters

State emergency officials said 24 people were killed as fast-moving storms blew through Tennessee early Tuesday. Eighteen of them, including five pre-teen children, died in Putnam County, some 80 miles (130 kilometers) east of Nashville. Eighty-eight more were injured in the county.

Twenty-one people remain unaccounted for, Putnam Sheriff Eddie Farris said, and about 40% of the rubble still needs to be searched, including a 25-acre field with marshy vegetation reaching 7 feet high.

People across Nashville were awakened by outdoor sirens alerting them to the tornado danger early Tuesday, and sirens also sounded in parts of Putnam County, but in the Dyers’ Double Springs community, deep in the Tennessee countryside, no such systems exist.

“If the cellphones didn’t have the emergency call, it wouldn’t have been good,” Dyer said.

The twisters that struck across Tennessee after midnight Tuesday ripped off brick facades, bent metal poles and shredded more than 140 buildings while burying people in piles of rubble and wrecked basements.

Dyer’s own 34-year-old daughter, Brooke, managed to take shelter in the basement of the house he grew up in next door, and then “called me screaming and crying.” Moments after the tornado passed, he ventured out into the darkness and freed her from the wreckage.

“Thank God my mother had a basement, a very small basement,” the 64-year-old Dyer said. “She was standing there between the crack of the door screaming and crying, top of the house gone.” 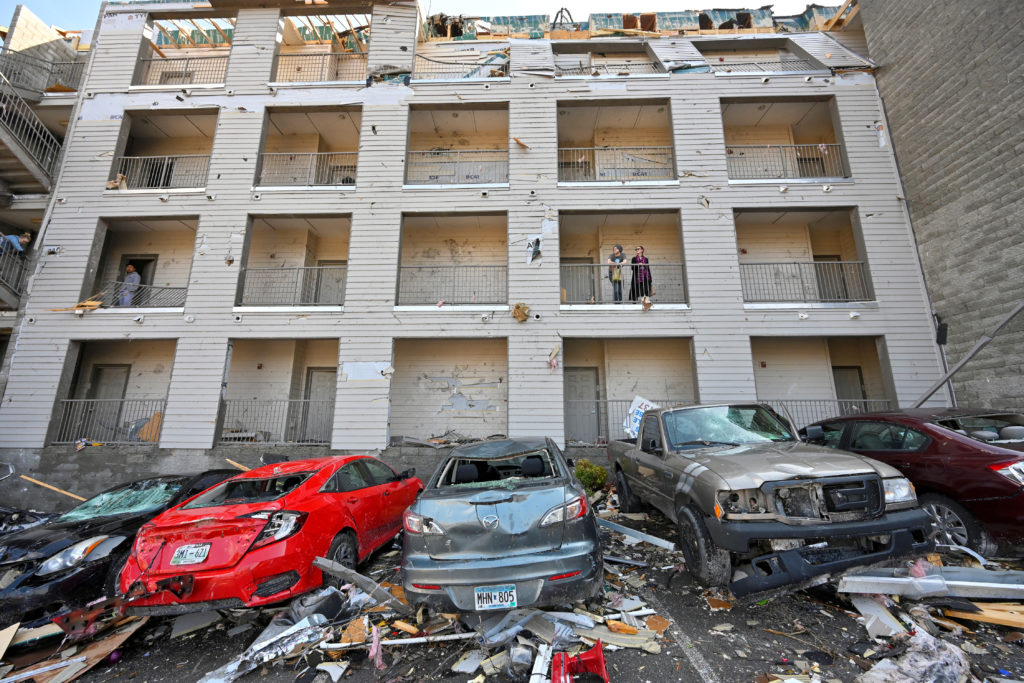 Gov. Bill Lee declared an emergency, sent the National Guard to help with search-and-rescue efforts and ordered flags over the state Capitol to fly at half-staff until Friday in memory of the lives lost. President Donald Trump, who plans a Friday visit, tweeted that “The USA stands with the people of Tennessee 100%, whatever they need!”

Police kept parts of Putnam County cordoned off, and imposed an 8 p.m.-8 a.m. curfew as the grim search continued into Wednesday.

National Weather Service survey teams indicated that the damage in Nashville and Wilson County to the east was inflicted by a tornado of at least EF-3 intensity, with wind speeds up to 165 mph (266 kmh), the agency said. One twister wrecked homes and businesses across a 10-mile (16 kilometer) stretch of Nashville that included parts of downtown.

The tornado that struck Putnam County damaged more than 100 structures along a 2-mile (3.2-kilometer) path that wiped some homes from their foundations and scattered wreckage. The garage Dyer’s father used as an auto mechanic was scraped off its concrete slab, with metal rafters crushing the front and rear of his red Mustang with an Elvis Presley license plate.

Terry Cooler, an elder at the Double Springs Church of Christ, found only a hole in his roof, which he thinks was caused by flying debris. Much worse was the fate of the mother of a deacon at his church, who lost her home in the storm and then was rushed to a hospital for angioplasty and a stent.

Dyer and his neighbors spent Tuesday picking through shattered glass, busted walls and drenched belongings trying to salvage anything possible.

“In the worst of circumstances, the best of people comes out, and that’s what we’re seeing,” he said.

Justin Douglas, 22, was one of them. He’s a native of Mt. Juliet outside Nashville, and recently graduated from Tennessee Tech University in Cookeville — both places hit hard by the tornadoes. He said he knew some of the victims.

“Back home, there were some family friends that they found laying in the bed with the house collapsed on top of them, and then a guy I went to church with growing up, his daughter passed and I don’t know how him and his wife are,” Douglas said. “I heard they were in the hospital in rough shape.”

“Well, we need to go help because these are our friends, our neighbors, our family,” Douglas said. “We’re going to go help.”

Associated Press contributors include Kimberlee Kruesi, who traveled with the governor.

Left: Residents begin the cleanup on Barrett Drive in Mt. Juliet after a tornado touched down Tuesday, March 3, 2020 in Middle Tennessee. Photo by Larry McCormack/The Tennessean via USA Today Network

Deadly tornadoes leave central Tennessee in a state of shock