As California gets its final winter rains, drought is setting up a water battle

FRESNO, Calif. — On a recent day in the San Joaquin Valley, the rain falling outside was cause for celebration for Aaron Fukuda.

“For us, water is a mood,” Fukuda, president of the Tulare Irrigation District, said over the phone.

As a third consecutive dry year sets in on California, drought has become a source of stress and anxiety for farmers and communities. But rain brings happiness. If only the rain came more often, Fukuda stated.

The state’s rainy season typically ends April 1, and for Fukada and his team, who manage water distribution to 230 farms in Tulare County, it’s shaping up to be an even more challenging year than the last few.

Snowpack in the mountains melts in spring and runs down canals into the Valley. But a snow survey conducted by the Department of Water Resources on April 1 – when the snow is often at its highest – showed levels at Phillips Station in the Sierra Nevada had “plummeted” to 38 percent of the annual average since the start of the year.

The U.S. Bureau of Reclamation – a federal agency under the Department of Interior that provides irrigation water to 17 western U.S. states – recently announced it would deliver less water to farm groups and cities, also known as contractors, that benefit from the federal supply, which in part flows down the San Joaquin Valley through a 400-mile stretch of canal known as the Central Valley Project. 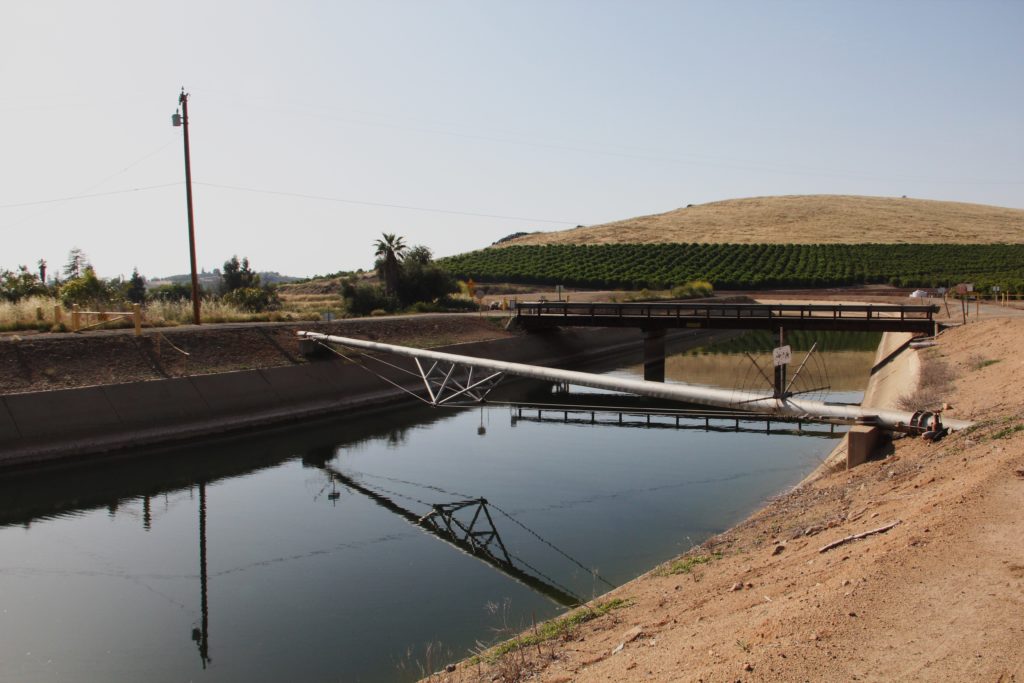 A section of the Friant-Kern Canal passes through eastern Tulare County, Calif. The canal is part of the federal Central Valley Project, which distributes water to farms and cities. As drought continues to plague California, water deliveries were scaled back this year. Photo by Cresencio Rodriguez-Delgado/PBS NewsHour

The bureau has said that among the 250 contractors in the area, those with the most critical water obligations will receive just a 15-percent water allocation due to worsening drought effects, including low reservoir storage. Under these conditions, regulators might decide to cut back on water deliveries, while farmers turn on their pumps in search of groundwater.

California is no stranger to this cycle. The state has struggled with water reliability for about a decade, and scientists and state officials have long worried about the chronic overdraft of the groundwater supply because overpumping during drought causes water levels to drop and wells to go dry at faster rates.

But this year is shaping up to promise an even greater tug of war between the agriculture industry, which uses up to 80 percent of the state’s water, and regulators as spring and summer arrive.

Late last month, Gov. Gavin Newsom signed an executive order calling on the State Water Resources Control Board to develop policies banning the watering of “non-functional” grass next to large industrial or commercial buildings, but not including grassy areas used for recreation.  The governor also called on local water agencies to develop “aggressive water conservation measures.” Earlier in March, the Newsom administration said it was investing $22.5 million for the current drought emergency.

Voluntary limits put in place by the state last year to encourage water conservation and curb water use so far haven’t been successful. California officials also found that local agencies tasked with regulating groundwater did not provide adequate plans toward reducing groundwater use in the coming years.

Fukuda told the NewsHour that while farmers in his county are having to turn to groundwater due to low delivery amounts, there are plans in his irrigation district to cut back on how much can be pumped starting in May.

The drought will again hit disadvantaged communities hard this year, said University of California at Merced professor Josue Medellin-Azuara, lead researcher of a report published in February outlining the impacts in regions like the Central Valley last year.

Medellin-Azuara and others found that roughly 385,000 acres of farmland sat unused in the Sacramento and San Joaquin Valleys, due in large part to drought impacts. They also estimated the state’s agriculture industry and related sectors lost $1.7 billion in revenue, as well as 14,634 full and part-time jobs in 2021. 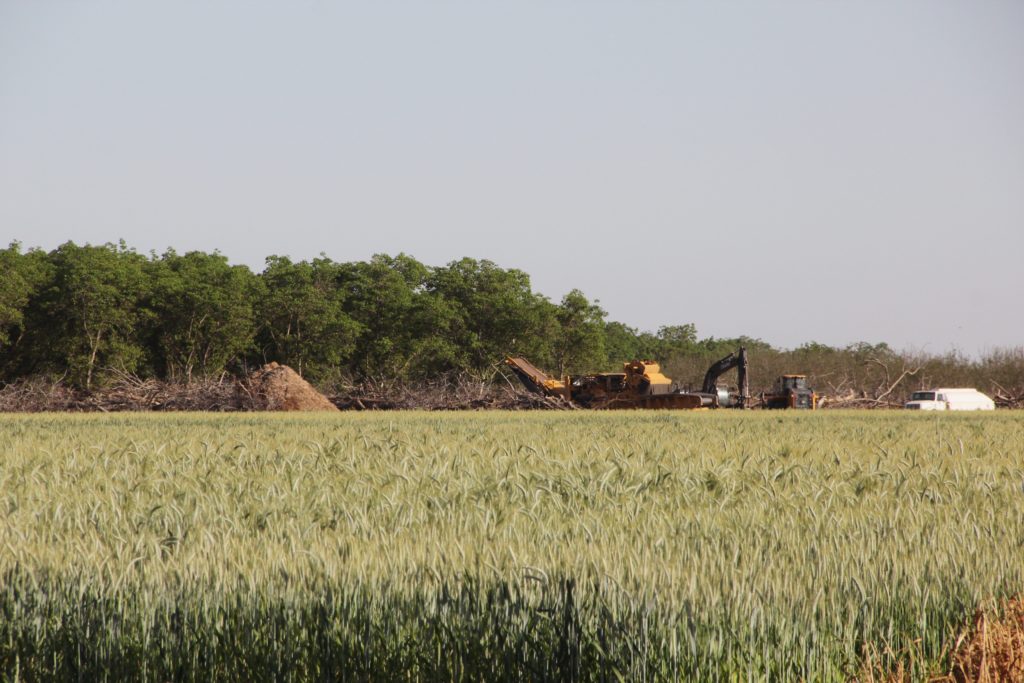 Medellin-Azuara said a key characteristic of the drought in the West has been that the weather has been getting warmer in addition to drier, making the crops and soil thirstier.

“The conditions are actually worsening,” he told the NewsHour. “It doesn’t look like we’re getting any more rain any time soon, and the snowpack is already below average. The [water] allocations are pretty low and we have the antecedent conditions that have [left] a pretty dry soil, a pretty thirsty atmosphere and require more water to irrigate crops. All these factors combined are going to have a compounding effect on the impacts of drought this year.”

Medellin-Azuara said it’s expected that more and more farmland will become idle. The San Joaquin Valley’s western edge, where crops like tomatoes, garlic, onions, almonds and grapes are grown, sees the greatest and quickest impact from drought in the area because of its greater reliance on water deliveries as groundwater becomes more scarce.

Fresno County Farm Bureau CEO Ryan Jacobsen said the changes in climate patterns are one problem that has led to water challenges in the Valley, but he said so are water export decisions made more than a decade ago to protect endangered fish species in the Sacramento-San Joaquin Delta. He said that has led farmers to become increasingly unsure about water availability.

“Because of decisions on when [delta] pumps should operate and when they shouldn’t, we lost the ability to capture some of those high flows,” Jacobsen said. “And, you know, we saw a very dry January followed by a very dry February, which made for a very dismal forecast when it came to water allocations for a year like this year.”

Jacobsen said there are fewer farmers today than in previous years, mostly due to the unreliable nature of water over time, in addition to high costs and regulations that farmers face. In some cases, large farms absorb smaller ones to maximize costs and water availability, Jacobsen said.

According to the United States Department of Agriculture, the number of farms of all sizes in Fresno County has decreased by 21 percent between 2007 and 2017.

“These multiple years of zero-percent allocations take their toll, and how do you get the lending, the financing and the care that goes into planning these types of crops without having the ability to know for certain that you’re even going to have water for two, three, five years in a row?” Jacbonsen said.

The Sustainable Groundwater Management Act, passed in 2014, calls on water agencies across the state to develop sustainability plans by 2040, in part to limit groundwater pumping. 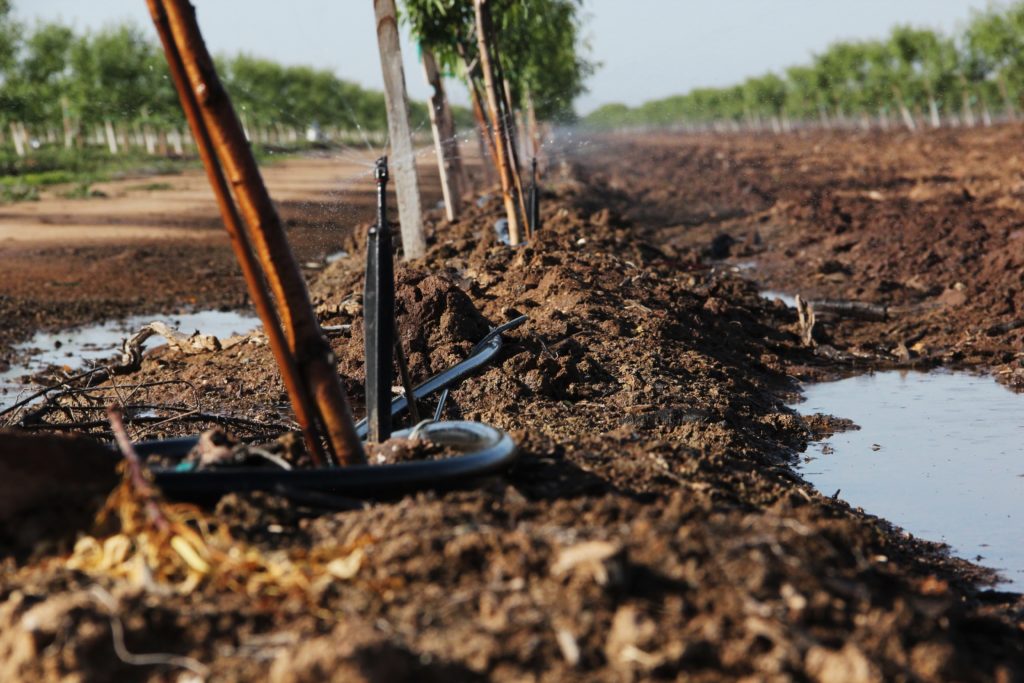 Water irrigates young almond trees in Tulare County, Calif. The drought affecting the state is impacting how much water can be delivered to farmers in the region. Photo by Cresencio Rodriguez-Delgado/PBS NewsHour

Under the policy being developed by the Mid-Kaweah Groundwater Sustainability Agency, which oversees Tulare Irrigation District, farmers will be required to use technology that can measure the exact amount of water their crops need, to avoid exceeding the water use, Fukuda said.

“We know things are bad right now,” Fukuda said. But with their communities and livelihoods so reliant on agriculture, they need to establish good policies to keep everything going. “We’ve already made decisions on plantings and other things for this season. But we’re going to have to start cutting back,” he added.

Farmers and cities have employed practices known as “recharge” to limit the effects of drought, in which excess water from wet years is sent back into the ground either through irrigation or through large open basins that capture the flow from canals.

Fresno, a city of a half million residents, is currently expanding its groundwater recharge work, according to Bill Stretch, president of the Fresno Irrigation District. Four years ago, the city approved a $400 million project to increase its groundwater recharge capacity by building more basins to collect excess water from sources such as the Kings River east of the city.

Stretch said the Fresno Irrigation District delivers hundreds of thousands of acre-feet of water for urban and agricultural use, including the Fresno-Clovis metropolitan area, and is in good condition to weather the drought thanks to the recharge work. He calls groundwater the district’s “safety valve.”

Stretch doesn’t expect immediate major disruptions to the water supply for his water customers. However, he said, water levels could drop during the approaching dry period, in some places by 15 feet – less than in other parts of the Valley.

“I’m not saying that wells won’t go dry or people won’t have to work on their wells, because they will this summer, just like they did last summer,” Stretch said.

He added that the dry conditions still also mean farms in the district may only be able to irrigate for at least two months, instead of the usual five months out of the year. That remains a question as the heat will soon start to melt snow that will make its way down the Kings River, and will determine exactly how much water will arrive to the district.

But as the region buckles down for the dry months ahead, Stretch is clinging to a greater hope: That enough rain will return to end the drought. If it does, there may be up to 900 acres of recharge basins spread openly across the district – each with the task of capturing every inch of water that flows in.

“When those wet years come, whatever that looks like, we will be ready,” he said.

Left: Water flows on the Friant-Kern Canal in Tulare County, Calif., on April 6, 2022. The canal is part of the federal Central Valley Project, which distributes water to farms and cities. As drought continues to plague California, water deliveries were scaled back this year. Photo by Cresencio Rodriguez-Delgado/PBS NewsHour