VOLCANO, Hawaii — Hawaii officials warned residents Friday that fast-moving lava was approaching an area near homes that were previously destroyed by eruptions from Hawaii’s Kilauea volcano.

About 40 homes were isolated in the newly affected area east of Leilani Estates and Lanipuna Gardens — two neighborhoods where lava has destroyed 40 structures, including 26 homes, over the past two weeks.

Officials were using helicopters to assess how many people were still in the newly threatened area. 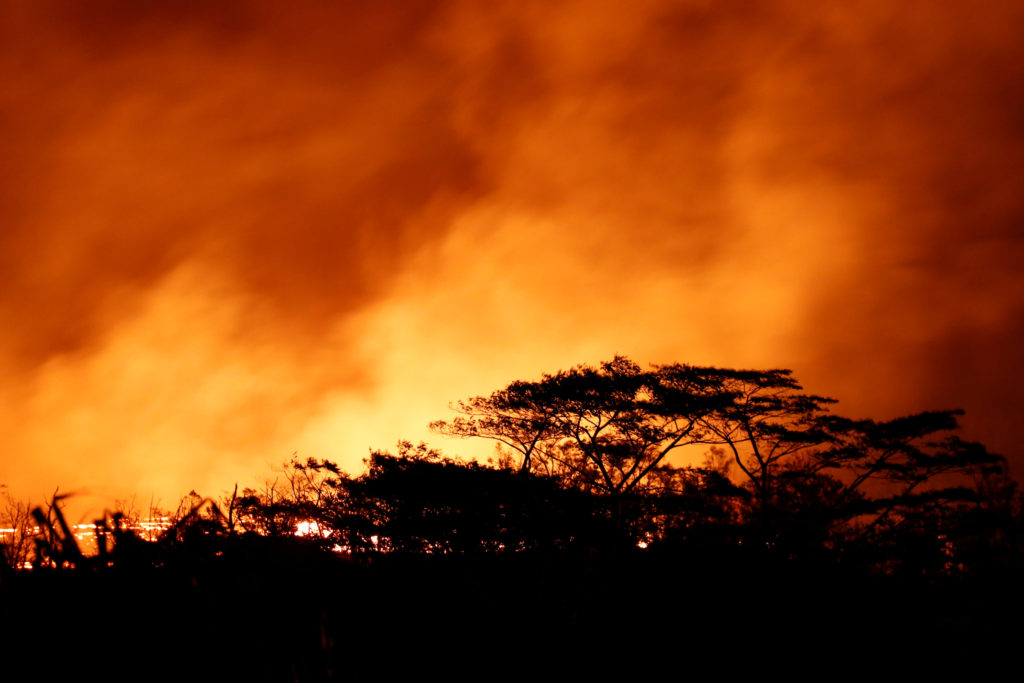 Volcanic gases rise from a lava flow on the outskirts of Pahoa during ongoing eruptions of the Kilauea Volcano in Hawaii, on May 18, 2018. Photo by Terray Sylvester/Reuters

County officials have been encouraging residents in the district to prepare for potential evacuations. The county is now asking them to stay put and wait for further instructions.

Experts remained flummoxed about when the volcano will calm down.

The Big Island volcano exploded at its summit Thursday, sending ash and rocks thousands of feet into the sky.

READ NEXT: Explosive eruption at Kilauea volcano blasts ash 30,000 feet into the sky

Scientists said the eruption was the most powerful in recent days, though it probably lasted only a few minutes.

It came two weeks after the volcano began sending lava flows into neighborhoods 25 miles (40 kilometers) to the east of the summit.

A new lava vent — the 22nd such fissure — was reported Friday by county civil defense officials.

Much of the lava that has emerged so far may have been underground for decades, perhaps since a 1955 eruption. 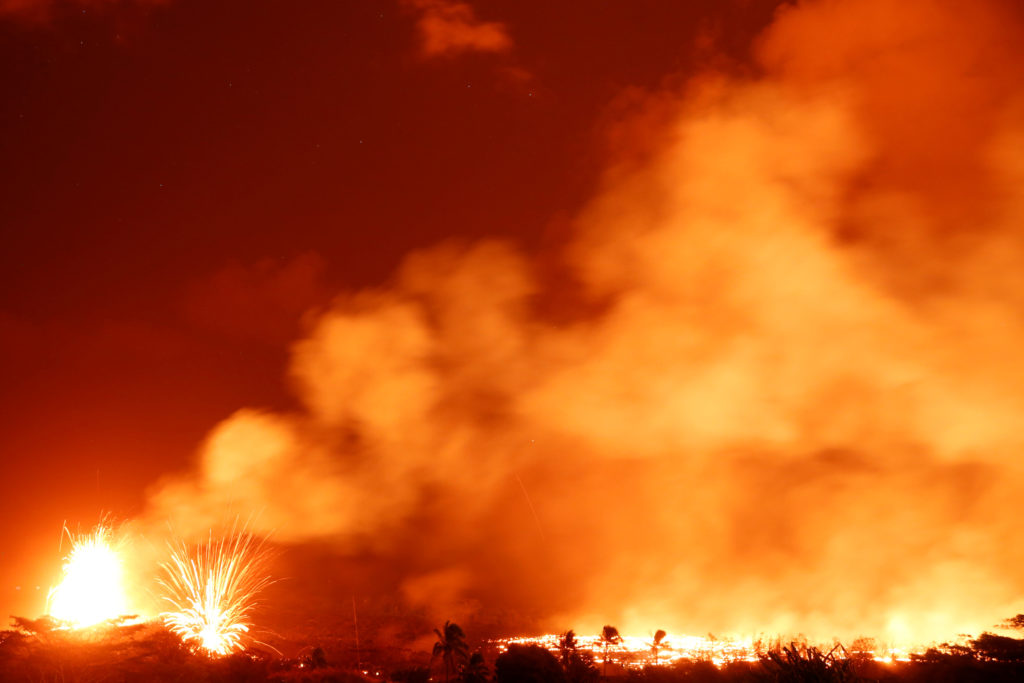 Lava erupts on the outskirts of Pahoa during ongoing eruptions of the Kilauea Volcano in Hawaii, on May 18, 2018. Photo by Terray Sylvester/Reuters

Meanwhile, more explosive eruptions from the summit are anticipated.

“We have no way of knowing whether this is really the beginning or toward the end of this eruption,” said Tom Shea, a volcanologist at the University of Hawaii. “We’re kind of all right now in this world of uncertainty.”

It’s nearly impossible to determine when a volcano will stop erupting, “because the processes driving that fall below the surface and we can’t see them.” said volcanologist Janine Krippner of Concord University in West Virginia.

U.S. government scientists, however, are trying to pin down those signals “so we have a little better warning,” said Wendy Stovall, a volcanologist with the observatory.

“If nobody warned people, and tourists were all over the place, that would have been devastating with those large rocks flying out — those are deadly,” she said.

The Federal Aviation Administration still has flight restrictions in place, but for a smaller area — up to 5,000 feet above sea level, and a 3-mile (5-kilometer) radius around the crater.

Authorities have been measuring gases, including sulfur dioxide, rising in little puffs from open vents.

For now, the ash seems to be more of a nuisance, rather than a severe threat. Some Big Island residents are covering their faces to keep from breathing small particles flying through the air, and some have found thin coatings of ash as winds blew the plume away from populated areas.

Lindsey Magnani said Thursday that she and her family picked up some of the 2,000 masks distributed by county officials. She also closed all the windows at home to block air, which smelled heavily of sulfur.

Dr. Josh Green, a state senator who represents part of the Big Island, said the immediate health risk comes from ash particles in the air. Anyone with respiratory issues, such as asthma or emphysema, should limit exposure to the ash, he said.

Left: Lava erupts on the outskirts of Pahoa during ongoing eruptions of the Kilauea Volcano in Hawaii, on May 18, 2018. Photo by Terray Sylvester/Reuters