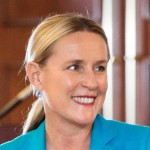 How can we promote gender equality in the workforce?

Editor’s Note: How can we address gender inequality in the workforce?

That’s the subject of Iris Bohnet’s new book “What Works: Gender Equality by Design.” Bohnet explains how behavioral designs can be implemented in classrooms and offices to change and de-bias organizations instead of individuals.

Economics correspondent Paul Solman spoke with Bohnet this week’s Making Sen$e segment on sexism on Wall Street. Below, we have an adapted excerpt of “What Works,” on sale March 8.

We cannot afford to get gender equality wrong. In the most extreme case, getting it wrong is a matter of life and death. The United Nations estimates up to 200 million women and girls are missing worldwide as a result of sex-selective abortion, infanticide, neglect during the first five years, gendered violence and discrimination later in life. This selective killing of members of a particular sex, referred to as “gendercide,” might well be the greatest human rights tragedy in history. If the same number of females were “missing” in the United States, America would be a men-only country. Nick Kristof and Sheryl WuDunn remind us that this number exceeds all the men killed on the battlefield in all the 20th-century wars.

While horrendous by itself, gendercide has further consequences. In January 2010, the Chinese Academy of Social Sciences calculated that in 2020, one in five Chinese men will not be able to find a bride. The Academy expects a surplus of about 30 to 40 million young men without marriage prospects in 2020 — which corresponds to about the whole young male population in the United States. A low female-to-male ratio has been shown to lead to an expansion of the marriage market by decreasing the age of brides, hampering their educational attainment and economic opportunities. It has also been linked to an increase in trafficking of girls, domestic violence, honor killings and other crime.

We need to get it right.

This problem that many fear too big to even start addressing inspired an amazing experiment by economist Robert Jensen, a professor at the Wharton School of the University of Pennsylvania. He examined what impact seeing economic opportunities for women in rural India had on how parents treated their daughters. Jensen exploited the fact that the business process outsourcing industry grew rapidly in India in the 1990s and created a significant number of new jobs, particularly for women. With the help of a recruitment firm, he provided three years of recruitment services to women in randomly selected rural villages. He then compared whether these women were more likely to work than their counterparts in control villages. Jensen also investigated whether this translated into a change in how parents treated their daughters. Indeed, the recruitment services significantly increased employment among women and without affecting men’s jobs prospects. In addition, in the villages chosen to receive recruitment services, girls ages five to 15 experienced a substantial improvement in health and were significantly more likely to be in school.

Seeing women work in call centers allowed parents to imagine a different future for their own daughters. While the number of women newly working in call centers was relatively small (an increase of 2.4 percentage points), even this small possibility challenged parents’ beliefs and their stereotypes about what women could accomplish.

Behavioral design can create counterstereotypical role models in rural villages outside of New Delhi, India. It can affect faculty hiring in Cambridge, Massachusetts. These are just two of the places where behavioral design insights are helping people get it right for themselves, their organizations and the world. A tall order, you might think. I do not deny conflicts of interest or trade-offs in this book. Some are zero-sum games, and your gain will indeed be my loss. But not every game ends with a winner and a loser. Many are positive-sum games, and here, behavioral design is less like playing chess and more like dancing. We can improve girls’ health, education and opportunities in India without harming those of boys. And we can select job candidates in organizations across the world based on individual performance rather than group stereotypes, increasing both efficiency and equality.

So how can we know that a particular design is effective at increasing gender equality? We can try different strategies and measure their impact. We can examine the effectiveness of behavioral design much like we evaluate the impact of a new drug, running a clinical trial in which people, schools or even villages are randomly assigned to treatment or control groups. The goal of random assignment is to create groups that are as identical as possible so that any change in behavior can be attributed to the “treatment.” Indeed, much of the evidence discussed in this book will be based on such randomized controlled trials, allowing us to create a causal pathway from the design intervention to the outcome.

Left: Behavioral economist Iris Bohnet explains how behavioral designs can be implemented in classrooms and offices to change and de-bias organizations instead of individuals. Photo by Getty Images