Former USA Gymnastics doctor Larry Nassar was sentenced Wednesday to 40 to 175 years in prison after more than 150 women came forward to describe decades of sexual assault under his care.

The ruling comes on top of another 60-year prison sentence Nassar, a sports medicine doctor at Michigan State University, received in December for child pornography.

“You do not deserve to walk outside a prison ever again,” Judge Rosemarie Aquilina said in a long statement before the sentencing. “I’ve just signed your death warrant,” she added.

As Nassar was escorted out of the courtroom, victims applauded and cheered. The prosecution team hugged as he was led away in handcuffs. 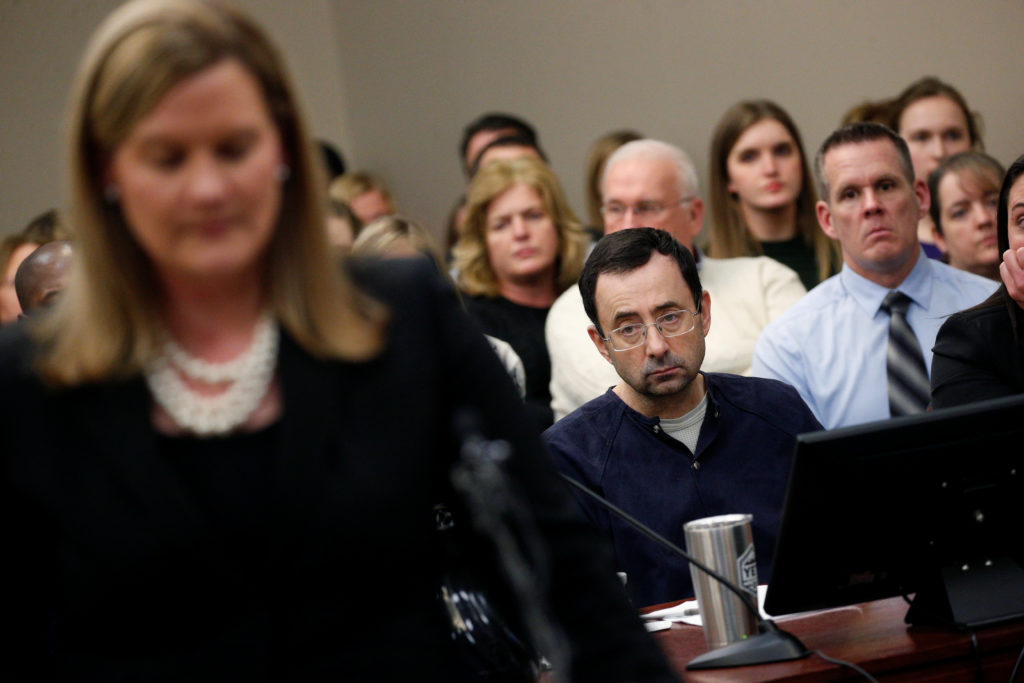 Over the past week, more than 150 women, some of them former Olympic athletes, shared stories about how Nassar had abused them as children and teens, in training facilities, medical centers, and at times, in their own homes. More than 160 statements were entered into court records, CNN reported, most of them read by the young women themselves.

“How much is a little girl worth? How much is a young woman worth? Larry is a hardened and determined sexual predator. I know this firsthand,” victim Rachael Denhollander told the judge Tuesday.

The victims’ testimony shook Nassar “to his core,” said the doctor, who treated U.S. Olympic athletes for more than two decades and through four Olympic games.

“There are no words that can describe the depth and breadth of how sorry I am for what has occurred,” Nassar said before he was sentenced. In a letter to Aquilina, which she read in part in court, he defended his actions as medical treatment and not sexual in nature. He also wrote that some victims were lying for media attention or financial payments. 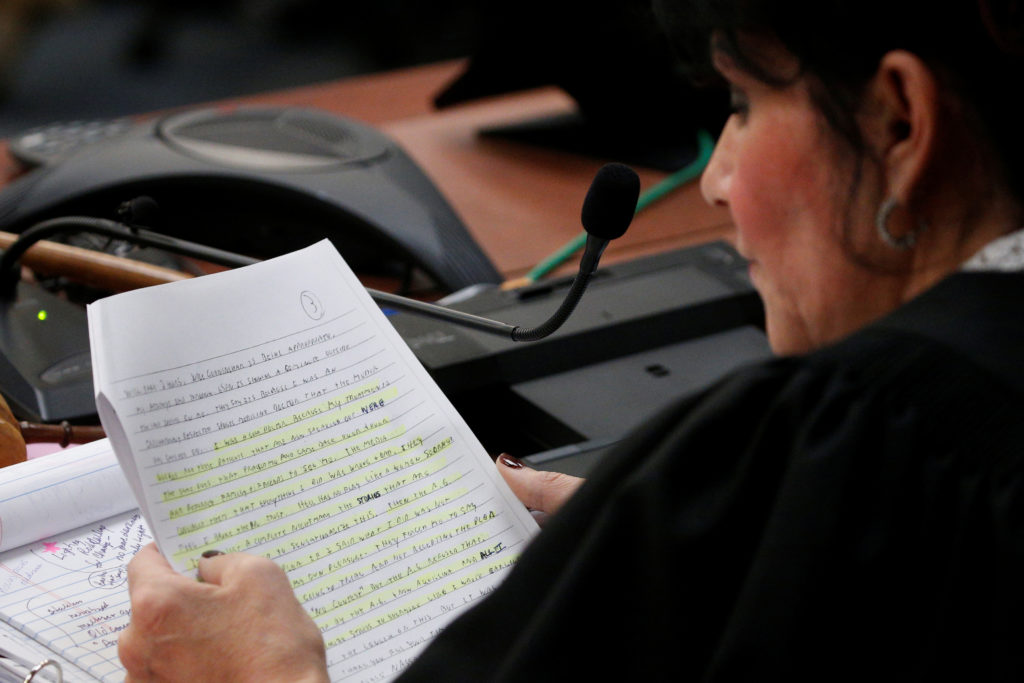 The letter “tells me that you have not yet owned what had you did, that you still think that somehow you are right,” Aquilina said.

During the testimony, several victims questioned why officials at USA Gymnastics and MSU didn’t do more to stop the abuse, even after young women reported it.

“Where is the transparency? Why must the manipulation continue?” asked Aly Raisman, a three-time gold medalist and captain of both the 2012 and 2016 U.S. Olympic teams, during her testimony last week.

Former U.S. National team member Mattie Larson told the judge she faked injury and hurt herself in order to avoid going to Karolyi Ranch, USA Gymnastics’ training center, because she knew she’d have to see Nassar there.

“I was willing to physically hurt myself to get out of the abuse that I received at the ranch,” she said. “The neglect of the situation is out of this world,” she added later Wednesday.

USA Gymnastics announced last week it would end its relationship with the ranch. The facility is currently under investigation by Texas Law enforcement.

On Monday, USA Gymnastics announced three of its leaders were stepping down. The organization also suspended Olympic coach John Geddert. While Geddert was not physically abusive, he was emotionally and mentally so, former gymnast Lindsey Lemke Geddert said, “which is just as bad to a little girl.”

Victims at a news conference after Nassar’s sentencing Wednesday said they planned to push for more accountability and investigations into USA Gymnastics and Michigan State University.

“I believed that the adults at [Michigan State University] surrounding Larry would do the right thing, if they were aware of what Larry was doing. And I was terribly wrong,” said Denhollander, who was 15 when the abuse occurred.

“Everyone in the world should be outraged right now, and if you aren’t, you should examine why.”

They also called for Lou Anna Simon, the president of Michigan State University, to step down. Simon announced her resignation later Wednesday night.

The years of abuse are so much bigger than just Nassar, they said.

“Everyone in the world should be outraged right now,” said Taryn Look, whose statement was read in court but spoke publicly at the news conference for the first time. “And if you aren’t, you should examine why.”

Tuesday’s sentence was for seven felony counts of criminal sexual conduct that occurred in Ingham County, Michigan. Nassar pleaded guilty to those charges in November. He will begin serving the sentence after his 60-year federal sentence expires. The earliest Nassar would be available for parole: 2117, ESPN says.

Left: Victim Brooke Hylek is hugged by family members after speaking at the sentencing hearing for Larry Nassar, a former team USA Gymnastics doctor who pleaded guilty in November 2017 to sexual assault charges. Nassar was sentenced Tuesday to between 40 and 175 years in prison. Photo by REUTERS/Brendan McDermid.