WASHINGTON — A federal judge on Tuesday convicted an elected official from New Mexico of illegally entering restricted U.S. Capitol grounds but acquitted him of engaging in disorderly conduct during the riot that disrupted Congress from certifying Joe Biden’s presidential election victory.

U.S. District Court Judge Trevor McFadden heard one day of testimony without a jury on Monday before handing down a verdict in the misdemeanor case against Otero County Commissioner Couy Griffin, a 48-year-old former rodeo rider who helped found a group called Cowboys for Trump.

McFadden, an appointee of then-President Donald Trump, said there was ample evidence that Griffin knew he was in a restricted area and didn’t leave. Griffin crossed over three walls, needing help from others or a ladder to get over them, the judge noted.

“All of this would suggest to a normal person that perhaps you should not be entering the area,” McFadden said from the bench.

But the judge said prosecutors didn’t meet their burden to prove that Griffin engaged in disorderly conduct.

“Arguably, he was trying to calm people down, not rile them up,” he said.

Griffin’s trial in Washington, D.C., was the second among the hundreds of federal cases arising from the Jan. 6, 2021, siege. Earlier this month, in the first trial, a jury convicted a Texas man, Guy Wesley Reffitt, of storming the Capitol with a holstered handgun, interfering with police and obstructing Congress’ joint session to certify the Electoral College vote.

The outcome of Griffin’s trial could have a ripple effect, helping other Capitol riot defendants decide whether to let a judge or a jury decide their case.

But the case against Griffin is unlike most Jan. 6 cases and may not be a bellwether for defendants who are charged with storming the Capitol.

Griffin is one of the few riot defendants who wasn’t accused of entering the Capitol building or engaging in any violent or destructive behavior. His lawyers argued that he was selectively prosecuted for his political views.

Griffin is scheduled to be sentenced on June 17. 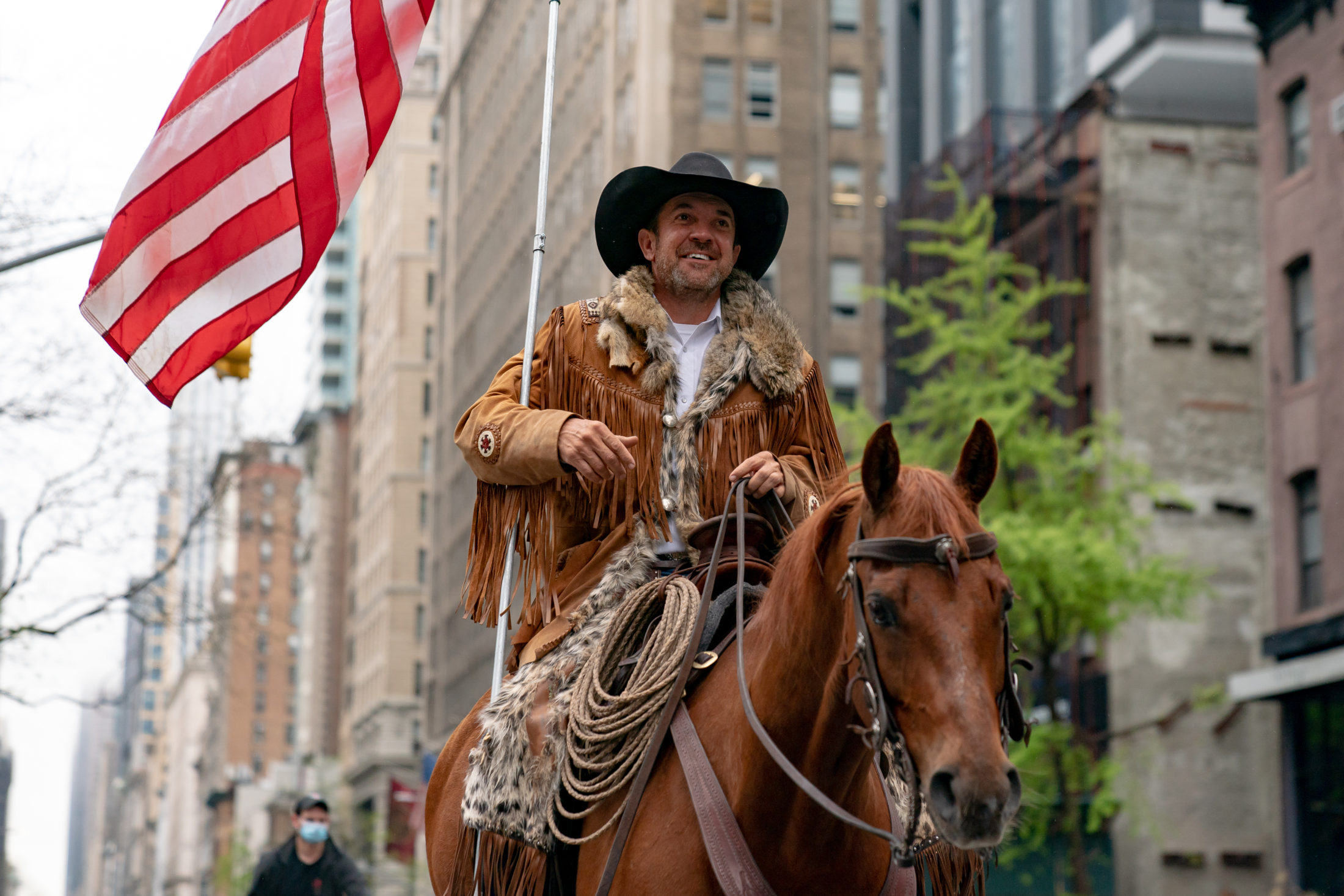 Griffin, one of three members of the Otero County Commission in southern New Mexico, is among a handful of riot defendants who either held public office or ran for a government leadership post in the 2 1/2 years before the attack.

He is among only three riot defendants who have asked for a bench trial, in which judges decide a case without a jury.

Assistant U.S. Attorney Janani Iyengar said Griffin climbed over metal bike racks, up a plywood ramp and shouted over the crowd about his belief that the election was stolen from then-President Donald Trump.

“He was being extremely loud, climbing over barriers, engaging with the crowd,” she said in her closing arguments.

Defense attorney Nicholas Smith said the case against Griffin was “built on a series of false assumptions and premises.” Trial testimony showed Griffin went to the Capitol to support “free and fair elections,” Smith told the judge.

A key question in Griffin’s case was whether he entered a restricted area while Vice President Pence was still present on Capitol grounds, a prerequisite for the U.S. Secret Service to invoke access restrictions.

Hawa said agents took Pence from his office at the Capitol to a secure location at an underground loading dock on the Capitol complex. Pence remained in the loading dock location for four to five hours, until the joint session of Congress resumed on the night of Jan. 6, Hawa testified.

“That is offensive and wrong,” Smith told the judge during his brief opening statements.

Prosecutors didn’t give any opening statements. Their first witness was Matthew Struck, who joined Griffin at the Capitol and served as his videographer. Struck has an immunity deal with prosecutors for his testimony.

After attending Trump’s “Stop the Steal” rally on Jan. 6, Griffin and Struck walked over barriers and up a staircase to enter a stage that was under construction on the Capitol’s Lower West Terrace for Biden’s inauguration, according to prosecutors.

Prosecutors played video clips that showed Griffin moving through the mob that formed outside the Capitol, where police used pepper spray to quell rioters.

“I love the smell of napalm in the air,” Griffin said in an apparent reference to a quote from the war movie “Apocalypse Now.”

After climbing over a stone wall and entering a restricted area outside the Capitol, Griffin said, “This is our house … we should all be armed,” according to prosecutors. He called it “a great day for America” and added, “The people are showing that they have had enough,” prosecutors said.

In a court filing, prosecutors called Griffin “an inflammatory provocateur and fabulist who engages in racist invective and propounds baseless conspiracy theories, including that Communist China stole the 2020 Presidential Election.”

Griffin’s attorneys say hundreds if not thousands of other people did exactly what Griffin did on Jan. 6 and haven’t been charged with any crimes.

More than 770 people have been charged with federal crimes related to the Capitol riot. More than 230 riot defendants have pleaded guilty, mostly to misdemeanors, and at least 127 of them have been sentenced. Approximately 100 others have trial dates.

Griffin had vowed to arrive at the courthouse on horseback on Monday. Instead, he showed up as a passenger in a pickup truck that had a horse trailer on the back.

Griffin was jailed for more than two weeks after his arrest on Jan. 19, 2021. Jail guards snapped photos of Griffin in his cell “like he was a monkey,” Smith told the judge.

Left: Trump supporters stand on the U.S. Capitol Police armored vehicle as others take over the steps of the Capitol on Jan. 6, 2021. Photo By Bill Clark/CQ-Roll Call, Inc. via Getty Images