OPELOUSAS, La. — The white man charged in the burnings of three Louisiana black churches faces a mountain of evidence tying him to the crimes, documenting the fires on his cellphone and an interest in arson on Facebook, the state fire marshal said Monday at a hearing that offered new insight into how officials tracked their suspect.

The suspect bought a gas can and oil rags similar to those found at the site of the fires, he recorded a conversation with a friend in which he talked about using gasoline to burn churches, and his cellphone held images of the fires before law enforcement even arrived to the blazes, Louisiana Fire Marshal Butch Browning testified at Matthews’ bond hearing.

Twenty-one-year-old Holden Matthews – the son of a sheriff’s deputy – entered a not guilty plea Monday via video conference from the St. Landry Parish jail, as prosecutors added new charges declaring the arsons a hate crime.

“There is a substantial amount of evidence, it appears,” state District Judge James Doherty said before denying Matthews’ bond request, keeping him in jail.

In his testimony for prosecutors, Browning outlined a litany of evidence that he said tied Matthews to the torching of the three black churches over 10 days.

The fire marshal described cellphone records placing Matthews at the fire locations. On his phone, Browning said, Matthews had images of the church fires in the early stages and the destruction days after the churches were set ablaze, in addition to copies of news reports about the fires.

The suspect had images of the church fires in the early stages on his phone.

“He actually superimposed himself on those news reports, claiming responsibility for these fires,” Browning said. Video surveillance near the churches showed a truck similar to the one Matthews drives, Browning said. Matthews also exchanged text messages with a friend who asked about the fires: “Was that your work?” the fire marshal said.

In addition, Browning said Matthews posted on Facebook about and showed interest in a movie called “Lords of Chaos,” which Browning said is a recent Norwegian film that involved church burnings.

“The evidence we have was unequivocal,” Browning said. Later he added: “He has clearly demonstrated the characteristics of a pathological fire setter.” The fires, all started with gasoline, occurred in and around Opelousas, about 60 miles west of Louisiana’s capital city of Baton Rouge.

The first blaze happened at the St. Mary Baptist Church on March 26 in Port Barre, a town just outside of Opelousas. Days later, the Greater Union Baptist Church and Mount Pleasant Baptist Church in Opelousas were burned. Each was more than 100 years old.

The churches were empty at the time, and no one was injured. But at one location, two occupants of a nearby home had to evacuate when the siding on the home started to catch fire from the church.

The fires set the community on edge. Gov. John Bel Edwards said the church burnings were a reminder “of a very dark past of intimidation and fear.” 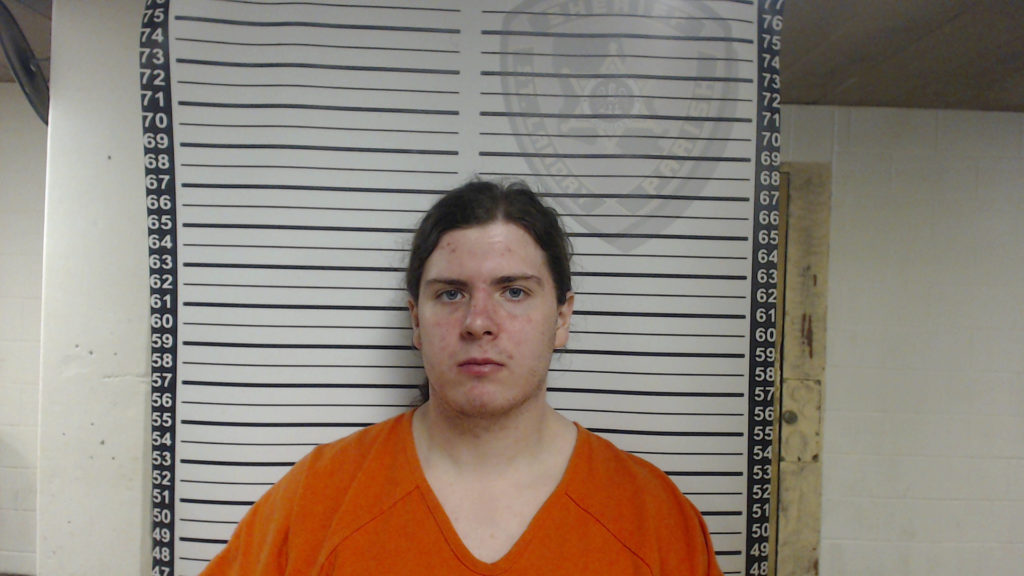 Matthews, shackled and wearing an orange prison jumpsuit, never spoke to the court during Monday’s hearing, letting his court-appointed lawyer enter the not guilty plea for him. His parents watched their son’s appearance on video conference from the courtroom, his dad repeatedly wringing his hands and, at one point, leaving the room in tears.

Matthews’ attorney Quincy Cawthorne questioned some of the evidence cited by Browning and said Matthews didn’t have the financial means to be a flight risk. He also objected to suggestions that the house near one of the churches was intentionally set on fire, putting the residents’ lives in danger.

A pretrial hearing in the case was set for July 17, with jury selection scheduled to begin in the trial on Sept. 10.