Notre Dame fire extinguished, but much work lies ahead

PARIS — Firefighters declared success Tuesday morning in an over 12-hour battle to extinguish an inferno engulfing Paris’ iconic Notre Dame cathedral that claimed its spire and roof, but spared its bell towers.

What remained was a blackened shell of the monument immortalized in Victor Hugo’s 1831 novel “The Hunchback of Notre Dame,” a building that had survived almost 900 years of tumultuous French history but was devastated amid renovation works at the start of Catholic Easter week.

Its iconic twin bell towers remained visibly intact. Paris officials said the world famous 18th century organ that boasts 8,000 pipes also appeared to have survived, along with other treasures inside the cathedral, after a plan to safeguard heritage was quickly put into action.

At dawn, the twin 69-meter towers swarmed with building specialists and architects, looking tiny from the ground as they conducted analysis.

“The entire fire is out,” declared Paris firefighters’ spokesman Gabriel Plus, adding that workers were currently “surveying the movement of structures and extinguishing smoldering residues.”

“The task is — now the risk of fire has been put aside — about the building, how the structure will resist,” said Junior Interior Minister Laurent Nunez in front of the cathedral. 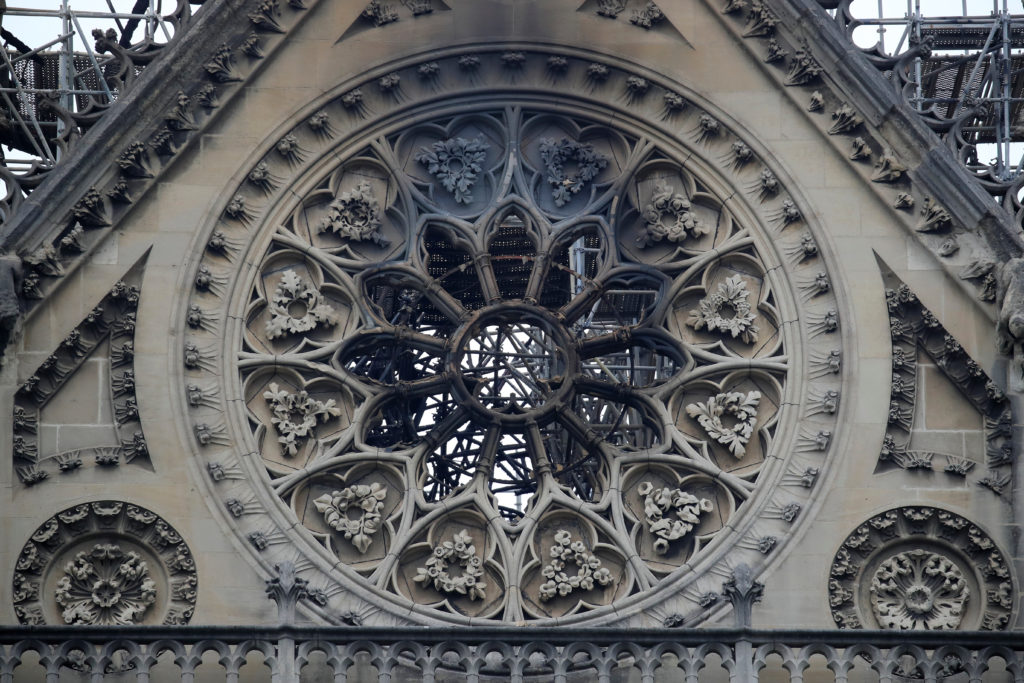 View of Notre-Dame Cathedral after a fire devastated large parts of the gothic gem in Paris, France. Photo by Gonzalo Fuentes/Reuters

One of the city’s five senior vicars, Philippe Marsset, told AP: “If God intervened (in the blaze) it was in the courage of the firefighters.”

“Notre Dame was destroyed but the soul of France was not,” Michel Aupetit, archbishop of Paris, said on RMC radio.

Officials consider the fire an accident, possibly as a result of the restoration work taking place at the global architectural treasure, but that news has done nothing to ease the national mourning.

French President Emmanuel Macron pledged to rebuild the cathedral that he called “a part of us” and appealed for help to do so.

WATCH: Why Notre Dame is part of France’s national identity

As the country woke up in collective sadness, its richest businessman, Bernard Arnault, and his luxury goods group LVMH answered that call with a pledge of 200 million euros ($226 million).

A communique said that the Arnault family was “in solidarity with this national tragedy, and join in the reconstruction of this extraordinary cathedral, a symbol of France, of its heritage and togetherness.”

A statement from Francois-Henri Pinault said “this tragedy impacts all French people” and “everyone wants to restore life as quickly as possible to this jewel of our heritage.” 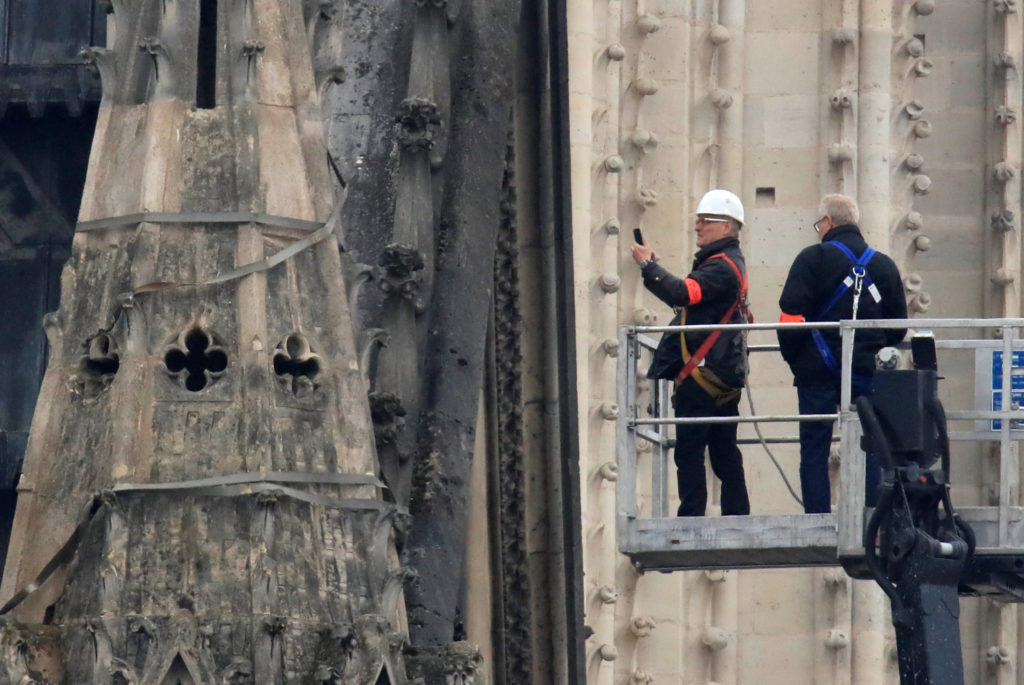 Officials work at Notre-Dame Cathedral after a massive fire devastated large parts of the gothic gem in Paris. Photo by Gonzalo Fuentes/Reuters

The 12th-century church is home to relics, stained glass and other works of art of incalculable value, and is a leading tourist attraction. Its organ dates to the 1730s and was constructed by Francois Thierry.

“The organ is a very fragile instrument, especially its pipes. It has not burnt, but no one can tell whether it has been damaged by water. Nobody knows if it is a functioning state or will need to be restored,” Bertrand de Feydeau, a senior French heritage preservation official, told the AP.

Paris Deputy Mayor Emmanuel Gregoire described authorities’ “enormous relief” at the salvaging of pieces such as the purported Crown of Christ, which were quickly transported to a “secret location” by officials after the fire.

Religious statues that were removed last week from the cathedral roof as part of a restoration of the monumental Paris church’s towering spire were also spared.

The 3-meter-tall copper figures, which looked over the city from Notre Dame’s 96-meter-high peak, were sent to southwestern France for work that is part of a 6 million-euro ($6.8 million) renovation project on the cathedral spire and its 250 tons of lead.

On Thursday, the public got a first ground-level look at the statues, representing the 12 apostles and four evangelists, when a huge crane lowered them onto a truck.

John Leicester contributed to this story.

Left: A view shows Notre-Dame Cathedral after a massive fire devastated large parts of the gothic gem in Paris. Photo by Gonzalo Fuentes/Reuters