BUFFALO, N.Y. (AP) — Two Buffalo police officers were charged with assault Saturday, prosecutors said, after a video showed them shoving a 75-year-old protester in recent demonstrations over the death of George Floyd.

Robert McCabe and Aaron Torgalski, who surrendered Saturday morning, pleaded not guilty to second-degree assault. They were released without bail.

McCabe, 32, and Torgalski, 39, “crossed a line” when they shoved the man down hard enough for him to fall backward and hit his head on the sidewalk, Erie County District Attorney John Flynn said at a news conference, calling the victim “a harmless 75-year-old man.” 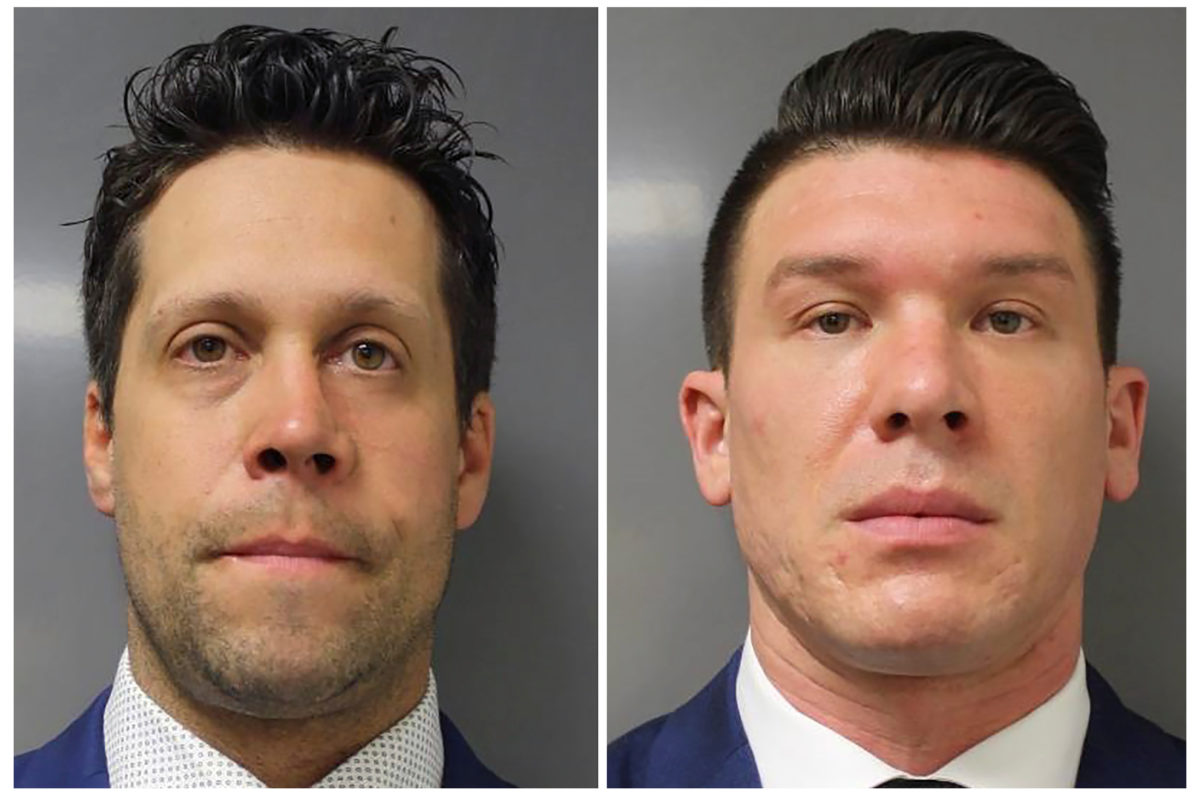 The officers had been suspended without pay Friday after a TV crew captured the confrontation the night before. If convicted of the felony assault charge, they face up to seven years in prison.

McCabe’s lawyer, Tom Burton, said after the arraignment that prosecutors didn’t have any grounds to bring felony charges. He said his client is a decorated military veteran with a clean record as a police officer.

“Nobody started out their day intending to hurt this fellow,” Burton said. He added that if the victim had followed commands to back off, “none of this would have happened.”

A phone message was left with Torgalski’s lawyer.

The footage shows the man, identified as longtime activist Martin Gugino, approaching a line of helmeted officers holding batons as they cleared demonstrators from Niagara Square around the time of an 8 p.m. curfew.

Two officers push Gugino backward, and he hits his head on the pavement. Blood spills as officers walk past. One officer leans down to check on the injured man before another officer urges the colleague to keep walking.

The police officers “knew this was bad,” Flynn said of the video. “Look at their body language.”

The video of the encounter sparked outrage online as demonstrators take to cities across the country to protest racial injustice sparked by the death of George Floyd, a black man who died after a white police officer pressed a knee into his neck for several minutes.

“I think there was criminal liability from what I saw on the video,” Gov. Andrew Cuomo said at a briefing Saturday. “I think what the mayor did and the district attorney did was right, and I applaud them for acting as quickly as they did.”

“What we saw was horrendous and disgusting, and I believe, illegal,” he added. 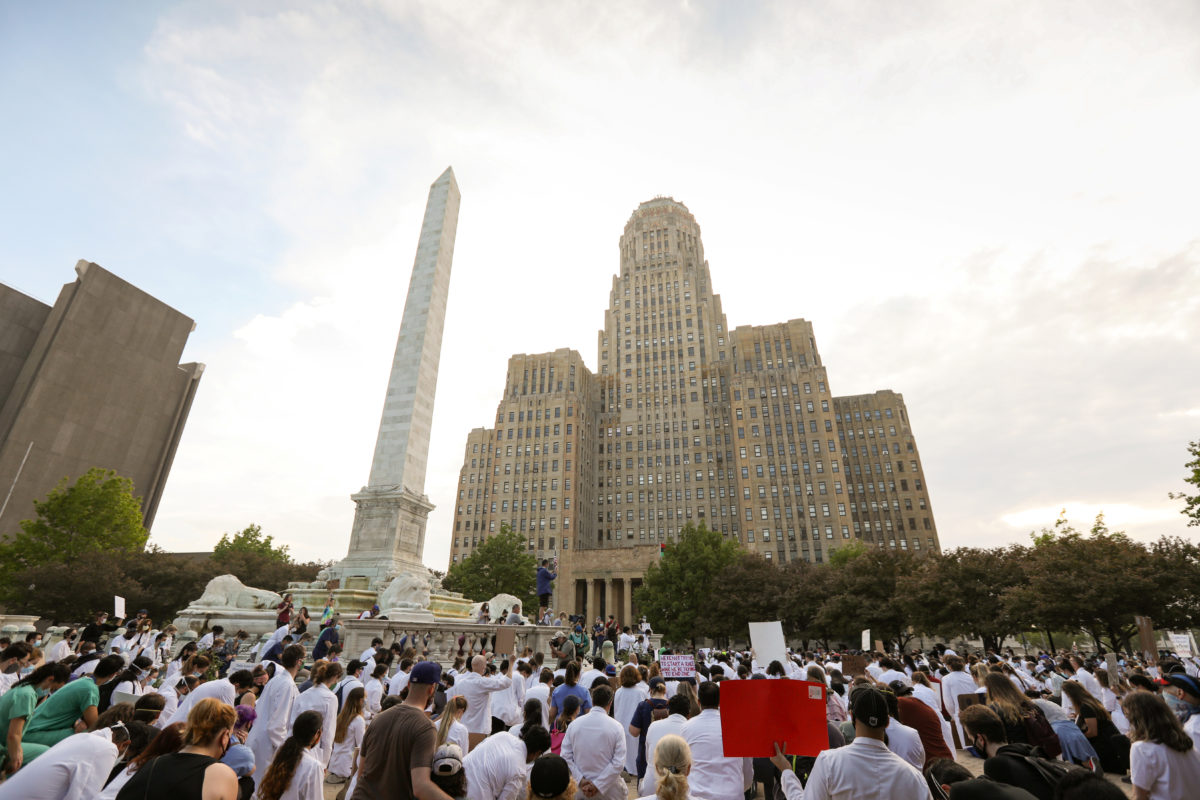 Health professionals kneel in silence in protest against the death in Minneapolis police custody of George Floyd, in Niagara Square in Buffalo, New York, U.S. June 5, 2020. Photo by Lindsay DeDario/Reuters.

But dozens of Buffalo police officers who were angered over their fellow officers’ suspensions stepped down from the department’s crowd control unit Friday. The resigning officers did not leave their jobs altogether.

A crowd of off-duty officers, firefighters and others gathered on Saturday outside the courthouse in a show of support for the accused officers and cheered when they were released.

“It was tremendous, tremendous to see,” John Evans, president of the Buffalo Police Benevolent Association, told WIVB-TV. “I just think it’s a strong indication of the outrage basically over this travesty.”

Flynn said he understood the concerns of officers who don’t feel they are being supported and pointed out that he’s also prosecuting protesters “who have turned into agitators” and “need to be dealt with as well.”

“There will be some who say that I’m choosing sides here,” he said. “And I say that’s ridiculous. I’m not on anyone’s side.”

Left: An elderly man approaches riot police during a protest against the death in Minneapolis police custody of George Floyd, in Buffalo, New York, U.S. June 4, 2020 in this still image taken from video. Photo provided by WBFO via REUTERS TV