Read Obama’s statement on George Floyd: ‘It can’t be normal’

Former President Barack Obama on Friday issued a statement on the death of George Floyd, a black man who died in police custody on Monday night in Minneapolis after being held down by the neck. The incident was captured on video and sparked protests across the U.S.

Obama expressed anguish at Floyd’s death, noting that he had had several conversations with friends in recent days, sharing one email in particular about feeling like the system “holds black folks down, ignoring the cries for help.”

“This shouldn’t be ‘normal’ in 2020 America. It can’t be ‘normal.’ If we want our children to grow up in a nation that lives up to its highest ideals, we can and must be better,” the former president said.

“It will fall mainly on the officials of Minnesota to ensure that the circumstances surrounding George Floyd’s death are investigated thoroughly and that justice is ultimately done,” Obama added. But he also urged everyone, including members of law enforcement, to work toward a “‘new normal’ in which the legacy of bigotry ad unequal treatment no longer infects our institutions or our hearts.”

On Friday, Derek Chauvin, the officer who was filmed kneeling on Floyd’s neck, was arrested. 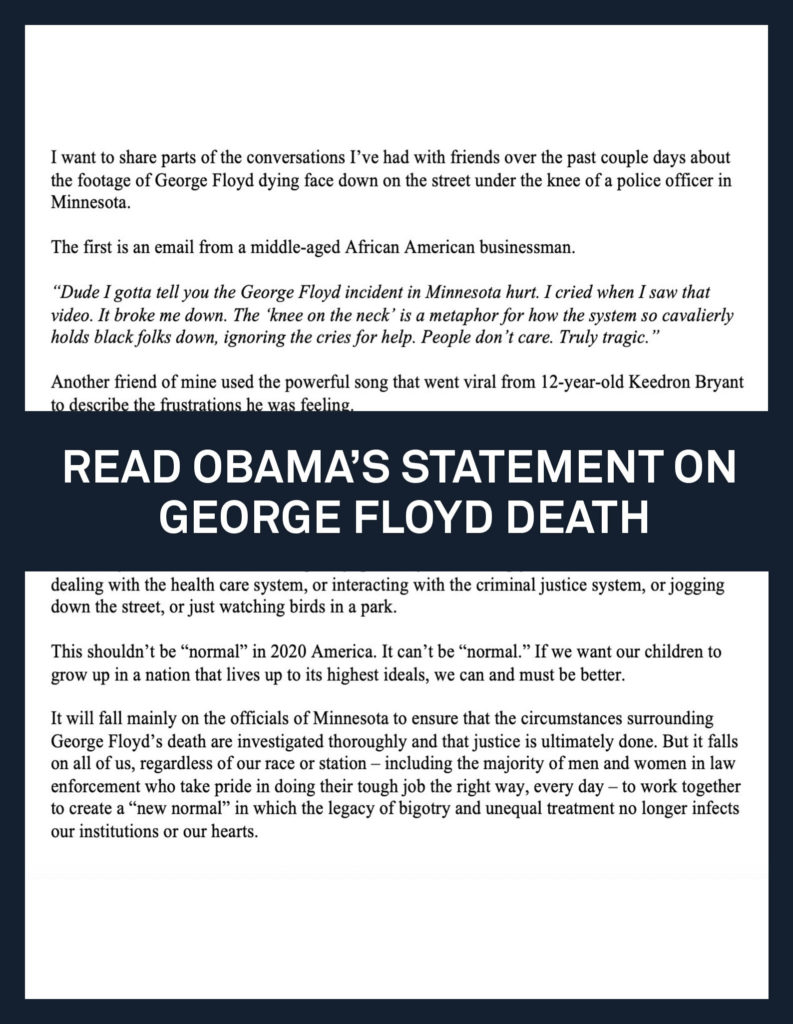