The first all-female guard change at the Tomb of the Unknown Soldier, Russia puts a film crew in space and other stories you missed

In the history of the space race, Russia and the United States have exchanged the lead many times. The Soviet Union launched the first human into space in 1961. Then, in 1969, the U.S put the first human on the moon. Fast forward a few decades and many other accomplishments and Russia is taking the lead again. On Tuesday, it launched the first-ever mission to film a movie in space.

The Russian space agency, Roscosmos, launched a three-person crew – which included a Russian actress, film director and a veteran Russian cosmonaut – aboard a Soyuz MS-19 rocket. The team will have 12 days to film aboard the International Space Station before returning to Earth. 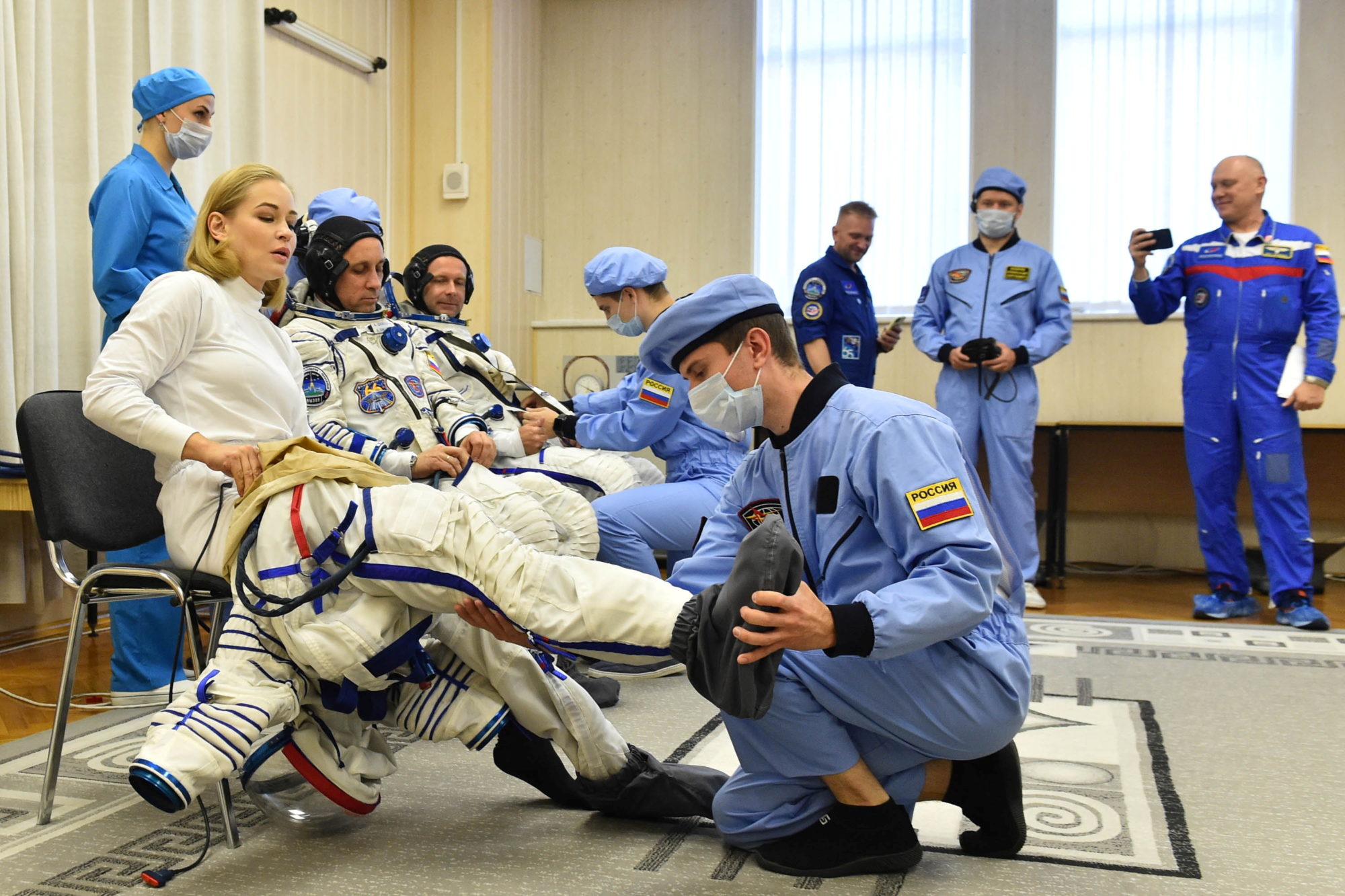 Their movie, titled “The Challenge,” focuses on a doctor’s mission to save a cosmonaut’s life and will feature the three cosmonauts now aboard the ISS.

The Russian film project was unveiled shortly after Tom Cruise, NASA and Space X announced their own collaboration on a Hollywood project last year. But the Russians beat Cruise and his crew into space.

Vaping among U.S. teenagers dropped roughly 40 percent in the past year.

Experts say media coverage of vaping-related illnesses and deaths is likely to have scared off some adolescent users. Other likely factors include federal laws implemented in late 2019 raised the purchase age to 21 and a ban on flavors in e-cigarettes.

More than a century ago, Willa and Charles Bruce owned a thriving ocean-front resort for Black families in southern California’s Manhattan Beach community. It was called Bruce’s Beach and thrived for more than a decade despite harassment and threats of violence from its surrounding white neighbors.

In 1924, the Manhattan Beach City Council condemned the land and used eminent domain to seize it from the Bruce family, supposedly intending to use it as a park. The Bruces and their descendants have long felt the act was a Jim Crow-era injustice aimed to keep the family from owning the land based on their race. .

Now, California is trying to recognize the racist behavior. Last week, Gov. Gavin Newsom signed a bill that cleared the way for L.A. County to return the land to the Bruce family.

The property is estimated to be worth millions now, and the county is assessing ways to ease the new tax burden on the heirs. 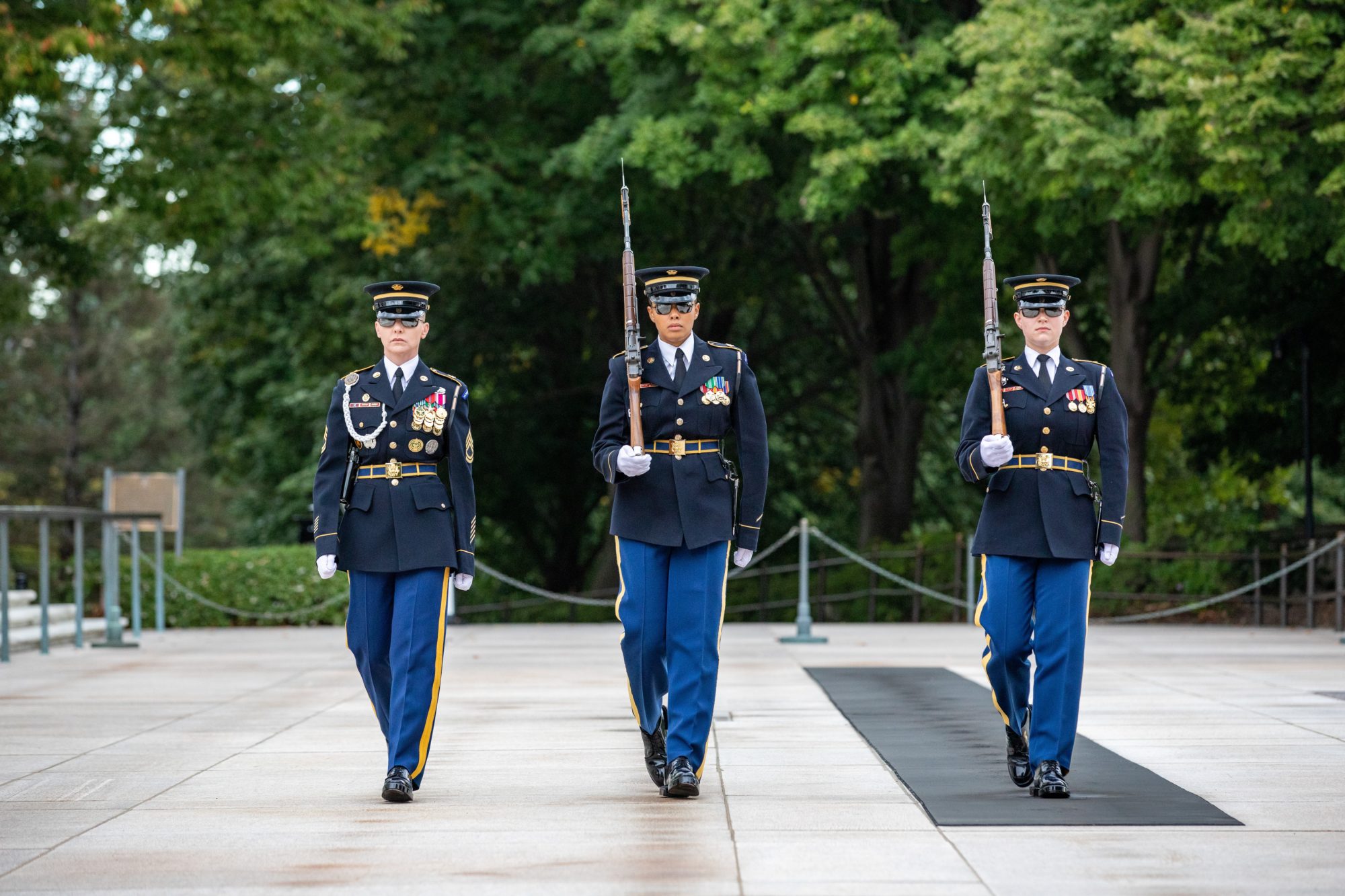 For the first time in history, an all-female guard change occurred at the Tomb of the Unknown Soldier at Arlington National Cemetery. Photo courtesy: 3d U.S. Infantry/The Old Guard

The Tomb of the Unknown Soldier will mark its100th anniversary at Arlington National Cemetery this November. But it’s not the only historic event tied to the site this year.

Last week, for the first time ever, the guard change at the tomb was conducted by an all-female sentinel team.

According to the military news outlet Task and Purpose, the moment coincided with Sgt. 1st Class Chelsea Porterfield’s last changing of the guard ceremony.

Porterfield was the first woman to hold the sergeant of the guard position, which oversees the relief and posting of sentinels, and she requested two other women join her for her final ceremony.

The historic moment took place on the 30,770th day of continuous guarding, with little fanfare out of respect for the solemn nature of the unit’s mission. The Tomb of the Unknown Soldier has been continuously watched over by the U.S. Army’s “Old Guard” — rain or shine — for 84 years.

France and Russia battle it out over bubbly

Champagne gets its name from the Champagne region of eastern France where it’s made. Any other “sparkling wine” you’ve tasted that’s not made from grapes grown can’t technically be labeled as champagne.

Unless… you are in Russia. In July, President Vladimir Putin signed a law that limits the use of the Russian word for champagne, “shampanskoe,” to locally-made bottles of Russian bubbly.

The new law forced foreign producers — including champagne makers from France — to add “sparkling wine” to their labels. That made the French champagne lobby not too happy, and they launched a boycott of their products’ sale in Russia.

But the fight has now fizzed out. The French group lifted the ban on Sept 15, after agreeing to describe their vino as sparkling wine in Russian on the back of the label while still printing “champagne” in latin characters on the front.