AKRON, Ohio — Rep. Emilia Sykes is mad about the country’s presidential election system and wants to change it. But on Friday, her focus turned elsewhere: to the 10,000 students whose school just shut down.

Within months of Trump winning the presidential election in 2016, despite failing to capture the majority of votes, lawmakers such as Sykes in Ohio as well as Florida, Georgia, South Carolina, Texas and at least a dozen other states supported bills to transform the process. If enacted by enough states to influence the majority, they would agree to give all their electoral votes to the most popular presidential candidate, regardless of who wins their state.

“[The Electoral College] dilutes our power … And we recognize that and we get it and we don’t want it. We want our power to be used to its fullest potential.” — Rep. Emilia Sykes

Ten states and Washington, D.C., have already agreed to join the compact.

But in Ohio’s two-thirds Republican legislature, the effort languished and the impetus started to fade. Lawmakers in other states, too, abandoned their fights. Attempts to change the Electoral College system that were once seen as bipartisan fell victim to the same kind of divide that fueled this weekend’s federal government shutdown.

“The idea was to pitch this as something that was of interest to Democrats and Republicans alike,” said Joshua Tucker, a professor of politics at New York University. “Now it’s seen as a way of undermining the Republican party.”

A Gallup poll after the election showed that Republicans who favored a national popular vote dipped from 54 percent in 2011 to 19 percent in December 2016.

For Sykes, who represents her hometown city of Akron, changing the system has less to do with partisanship than with recognizing a history that still resonates today. The Electoral College was built in part to accommodate white, male slave owners who could not have anticipated a two-party system, that slaves would be freed or that black people and women would be able to vote.

And Ohio is not only a battleground state with a legacy of forecasting each election, it’s also one of the only states where black legislators are at the forefront of challenging the Electoral College over racial underrepresentation.

Attempts to change the Electoral College system that were once seen as bipartisan fell victim to the same kind of divide that fueled this weekend’s federal government shutdown.

“It dilutes our power,” she said. “And we recognize that and we get it and we don’t want it. We want our power to be used to its fullest potential.”

Ohio is among 48 states that have for most of the country’s history pledged all of their Electoral College votes to the party that wins the majority in the state, no matter how close the race.

And since black people, who are among the most fervent voter base for the Democratic party, are often scattered throughout red states, a reformation could signal to them that their ballots are as valuable and powerful as white people’s, she said.

Still, even devotees like her are struggling to keep up the fight. On Friday, for instance, the free, online charter school Electronic Classroom of Tomorrow for young adults, was shut down halfway through the academic year.

“Thousands of students have to figure out where they’re going to go to school on Monday,” Sykes said. “That takes priority over the Electoral College, although it’s equally as important.” 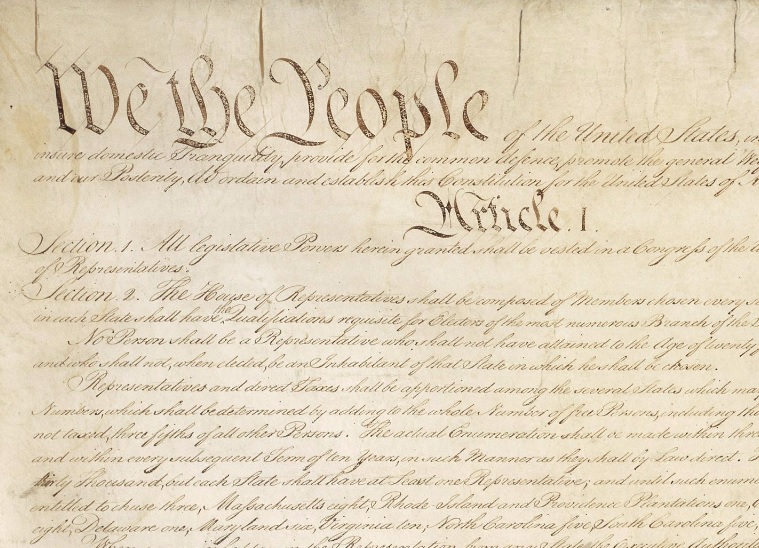 The Federal Convention convened in the State House (Independence Hall) in Philadelphia on May 14, 1787, to revise the Articles of Confederation. Photo by Library of Congress

‘At the present period, the evil is at its maximum’

When the framers met for the Constitutional Convention in Philadelphia in 1787, they aimed to unify the colonies with a government that gave fair representation to all states, no matter their size.

They were deciding whether slaves in Southern states should be considered property –to abscond population taxes — or people, so those states could have more representation in government.

Slaves were the economic heart and pulse of the country and the Northern states, even if they did not engage in slavery, benefited from their labor. So even though slaves were unable to vote, the Convention decided that slaves should be counted as three-fifths of a white person for the purposes of representation in Congress.

Considering options for electing the president, James Madison, now known as the “Father of the Constitution” and a slave-owner in Virginia, said the “right of suffrage was much more diffusive in the Northern than the Southern States; and the latter could have no influence in the election on the score of Negroes.”

READ NEXT: Electoral College is ‘vestige’ of slavery, say some Constitutional scholars

With that, Madison had proposed the prototype for the same Electoral College system the country uses today: instead of a direct vote, each state was to choose electors, roughly based off their population, but weighted by slaves.

The Convention decided the electors would convene, exchange ideas and cast their votes to reflect their own ideals on the state’s behalf. Though the framers could not foresee that by 1800, Thomas Jefferson, whose state of Virginia was the largest because of its 40 percent slave population, would beat out John Adams, who was opposed to slavery.

Jefferson also convinced his state to give him all its electoral votes if he won the majority of its ballots. Then, Jefferson signed Ohio as a state, which also gave all its electors to the most popular candidate instead of dividing them among the parties, and the Federalist party engaged in the same tactic.

By 1823, Madison had profound distaste for this winner-take-all approach. “At the present period, the evil is at its maximum,” he wrote, and called for an amendment to abandon it, but that never happened.

It took nearly 100 years after the Convention to abolish slavery with the 13th Amendment in 1865. Later came women’s suffrage in 1920, and then the prohibition of discriminatory voter registration requirements with the Civil Rights Act of 1964. By then, more than 80 percent of black voters across the country had started to favor the Democratic candidate in presidential elections. 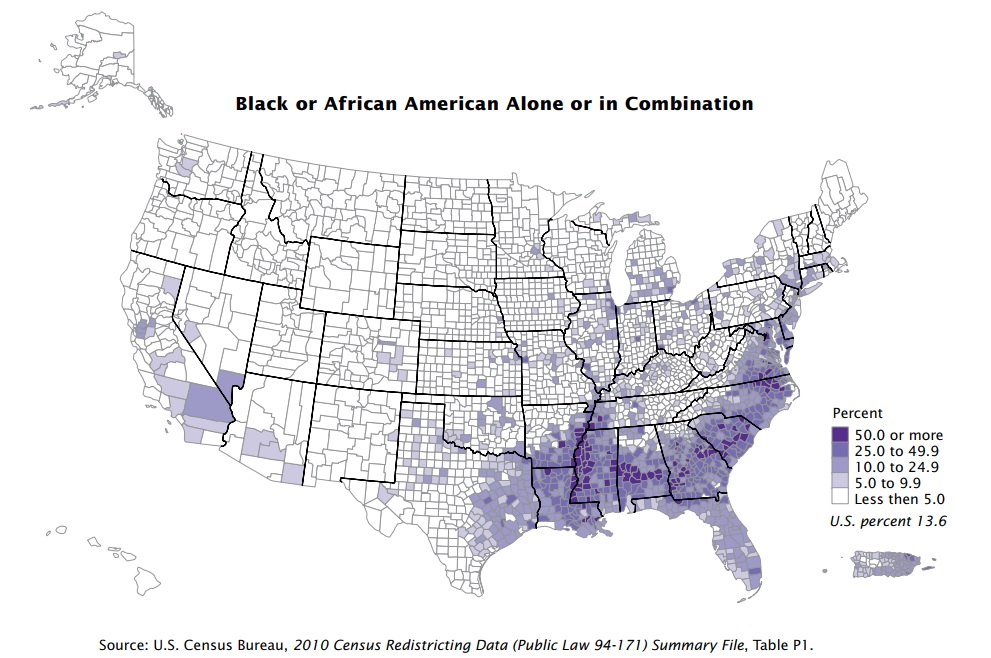 But more than half of the country’s black population, about 23 million and growing, lives in the South, which is encompassed by Washington, D.C., and 15 states that stretch from Texas to Delaware, according to the 2010 U.S. Census. The Republican party won 12 of those states, and their combined 162 electoral votes, through states’ winner-take-all approach to the Electoral College system in 2016.

The Democratic party won three states — Delaware, Maryland and Virginia — as well as D.C. for a combined total of 29 electoral votes.

“[We have] an electoral college that says to this entire voting block of people, ‘You all are voting in high numbers, high turnout across the board, across the country. But in the end, that does not matter because we’ll have this elector, maybe they’ll do what you’ve done, maybe they won’t,’” Sykes said.

While many experts say the system was designed to give states autonomy and also avoid tyranny or a demagogue, this last election has some critics revisiting that idea.

‘They didn’t think about racial minorities’

From his top floor office in the College of Arts and Science building at the University of Akron, Dean John Green said that more than 200 years ago, the framers could not have comprehended an election like Trump’s.

“One of the things they were trying to get at with this elaborate machinery, including the Electoral College, was a way to protect minorities,” Green said. “They didn’t think about racial minorities … Now, there’s a danger of a white tyranny.”

It’s unclear how much isolating minorities played an explicit role in Trump’s strategy, Matt Borges, the former head of Ohio’s Republican Party said, but regardless, the campaign “further polarized us, pushed us away from really ever being able to make inroads with [people of color] and it was oddly appealing in a way to a block of voters.”

Trump’s win marked the second Republican candidate this century to earn the college for their first term without having won the popular vote and the fifth time in history that the president did not secure the majority of votes. His Democratic rival Hillary Clinton gained nearly 2.9 million more votes. And President George W. Bush was elected in 2000 with about 540,000 fewer votes than his opponent, Al Gore.

Now, Tucker of New York University says it is too hard to ignore that there might be built in advantages for the Republican party, yet anyone who challenges it bears the label of either being a sore, Democratic loser or seeking only to undermine Trump.

One month after Trump’s inauguration, Rep. Dan Ramos (D-OH) and Rep. David Leland (D-OH) introduced House Bill 25, which remains in a pile of 462 bills for the two-year General Assembly session. 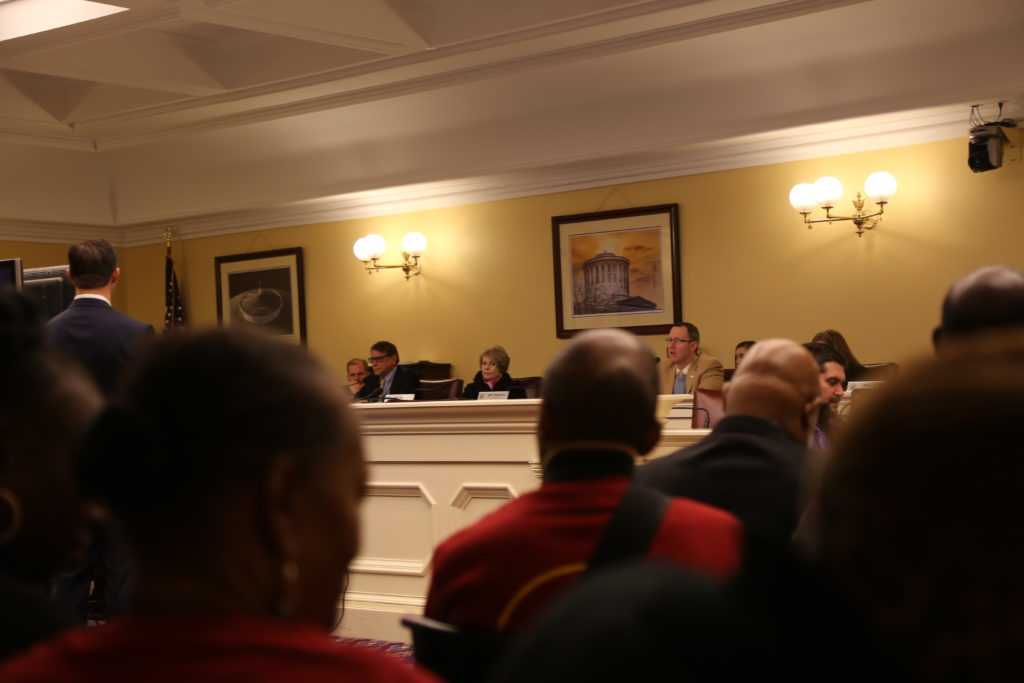 The House has a policy to give all bills at least one hearing by the end of the session, though Rep. Louis Blessing (R-OH) predicted that since there is a lack of support and that there are other imminent proposals, “it will probably get its first and most likely only hearing in November or December.” 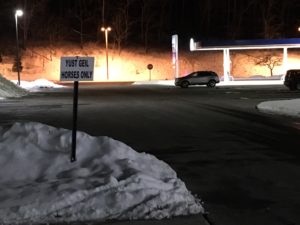 Blessing said that Ohio, given its legacy, is also a state that is used to the national attention it receives with the current system.

It benefits people like Robin Hovis, who is the head of the Holmes County Republicans. Hovin is a financial advisor who lives across the street from his office in a downtown area amid the rolling hills and narrow roads of Amish Country, where parking lots include spots for horse-drawn carriages. About 43,000 people live here, 99 percent of whom are white. About 70 percent of the ballots cast during the 2016 election in this county were for Trump.

“We would lose our voice entirely with a popular vote,” Hovis said. In the last election, “Those of us in the flyover area were actually listened to,” he said.

Hovis said people saw Trump as a businessman who “called a spade a spade,” and that he did not think the GOP engaged in a racially charged campaign.

He acknowledged that most of Trump’s supporters were white, which he thought was a pendulum swing in reaction to President Barack Obama winning the previous elections. 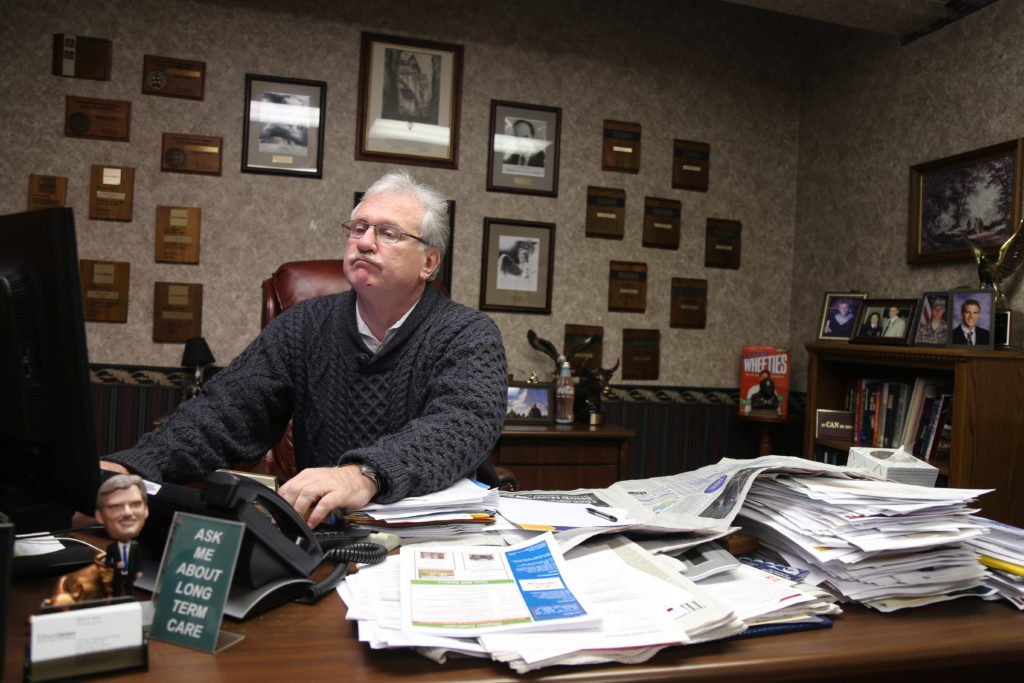 Sen. Vernon Sykes, Emilia Sykes’ father, remembers as a state representative when he introduced the first bill in Ohio to join the National Popular Vote Interstate Compact. It was with some of his black colleagues, though all Emilia remembers was large stacks of paper everywhere.

“That’s often how you have to fight your battles, especially when you’re coming from a minority position,” Emilia Sykes said. “Just waiting for that build up and sometimes it seems like a lifetime and sometimes it actually is a lifetime.”