FORT MYERS, Fla. (AP) — Rescuers continue to search for survivors in flooded homes in Florida after Hurricane Ian’s passage earlier this week. The powerful storm terrorized millions of people for most of the week and officials say it’s blamed for at least 27 deaths in Florida, three deaths in Cuba and one in North Carolina.

Watch Florida Gov. DeSantis’ remarks in the player above.

DeSantis said over 54 percent of the power that went out after the storm has been restored as of Saturday afternoon.

Hurricane Ian has likely caused “well over $100 billion’’ in damage, including $63 billion in privately insured losses, according to the disaster modeling firm Karen Clark & Company, which regularly issues flash catastrophe estimates. If those numbers are borne out, that would make Ian at least the fourth costliest hurricane in U.S. history. 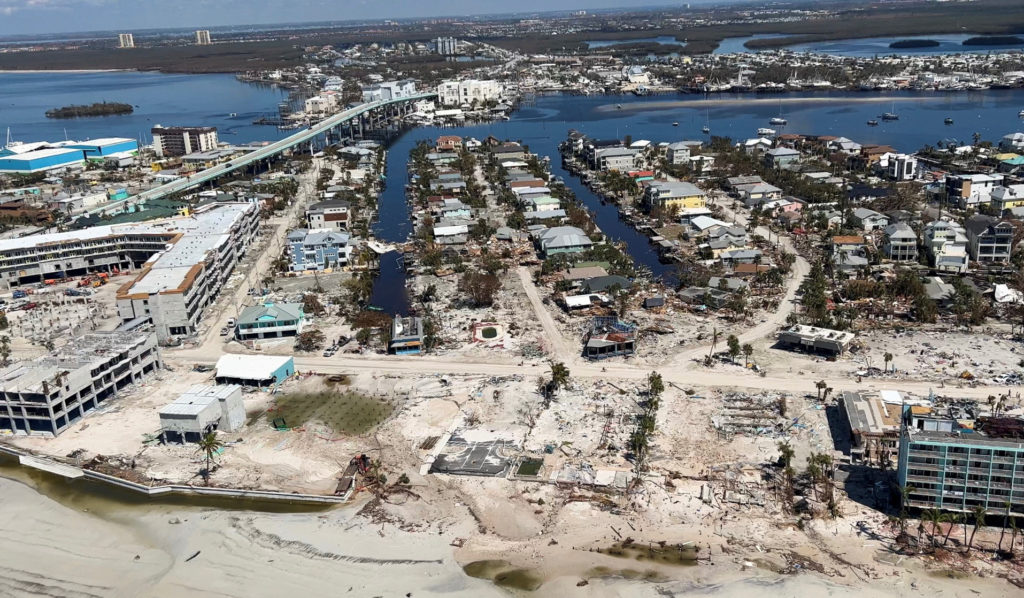 Florida Division of Emergency Management Director Kevin Guthrie said first responders have focused so far on “hasty” searches, aimed at emergency rescues and initial assessments, which will be followed by two additional waves of searches. Initial responders who come across possible remains are leaving them without confirming, he said Friday, describing as an example the case of a submerged home.

“The water was up over the rooftop, right, but we had a Coast Guard rescue swimmer swim down into it and he could identify that it appeared to be human remains. We do not know exactly how many,” Guthrie said.

Desperate to locate and rescue their loved ones, social media users shared phone numbers, addresses and photos of their family members and friends online for anyone who can check on them.

Orlando residents returned to flooded homes Friday, rolling up their pants to wade through muddy, knee-high water in their streets. Friends of Ramon Rodriguez dropped off ice, bottled water and hot coffee at the entrance to his subdivision, where 10 of the 50 homes were flooded and the road looked like a lake. He had no power or food at his house, and his car was trapped by the water.

The devastating storm surge destroyed many older homes on the barrier island of Sanibel, Florida, and gouged crevices into its sand dunes. Taller condominium buildings were intact but with the bottom floor blown out. Trees and utility poles were strewn everywhere.

Municipal rescuers, private teams and the Coast Guard used boats and helicopters Friday to evacuate residents who stayed for the storm and then were cut off from the mainland when a causeway collapsed. Volunteers who went to the island on personal watercraft helped escort an elderly couple to an area where Coast Guard rescuers took them aboard a helicopter.

Ian’s impact has not been confined to the beaches and tourist towns. The rains from the storm’s deluge are flowing into inland towns not usually part of the hurricane warnings. Rising rivers are causing flooding and turning roads into canals, blocking main access to the interstate and leaving families trapped.

In Washington, President Joe Biden said Friday he was directing “every possible action be taken to save lives and get help to survivors.”

“I just want the people of Florida to know, we see what you’re going through and we’re with you.”