WASHINGTON — Oscar-winning actor Jon Voight, singer and musician Alison Krauss and mystery writer James Patterson are among the artists and philanthropists being honored by President Donald Trump for their contributions to the arts or the humanities, the first recipients of prestigious national medals since Trump took office.

The White House announced four recipients of the National Medal of Arts and four of the National Humanities Medal in a statement Sunday night. Voight is one of Trump’s few vocal Hollywood backers, and has hailed him as “the greatest president of this century.” Trump is also honoring the musicians of the U.S. military, who frequently entertain at White House events.

Trump will award the medals during a ceremony at the White House on Thursday.

The PBS NewsHour is hosting live coverage of the medal ceremony beginning at 3:30 p.m. ET. Watch in the video player above.

While the honors had been an annual affair during past administrations, they have not been awarded since Trump’s inauguration in January 2017. The most recent arts or humanities medals were bestowed by President Barack Obama in September 2016. 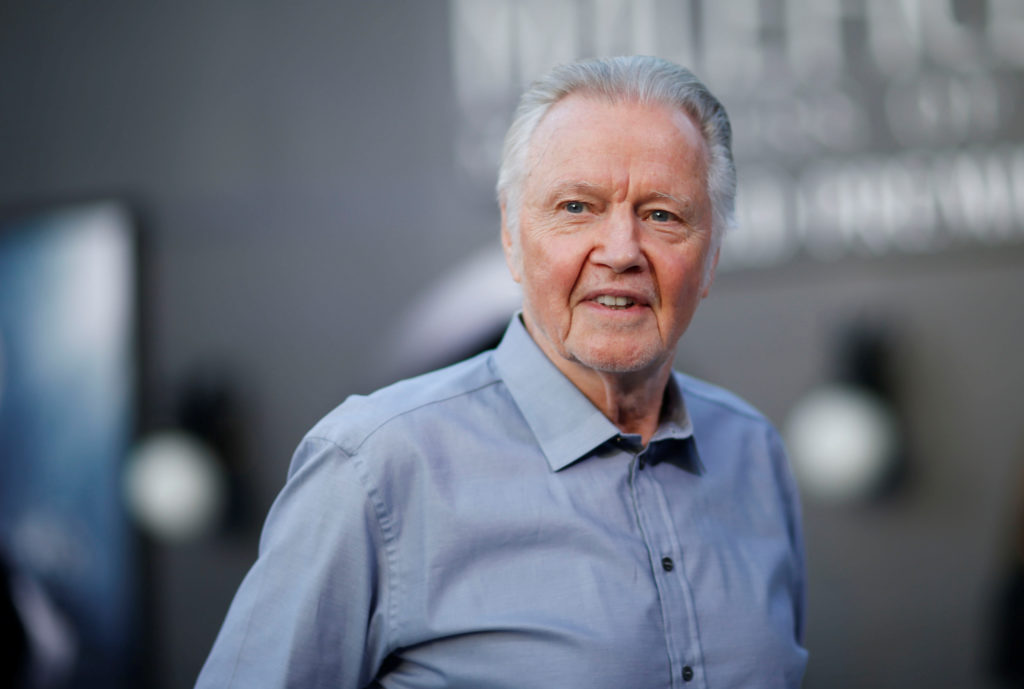 Angelina Jolie’s father Jon Voight poses before the premiere of “Maleficent: Mistress of Evil” in Los Angeles, California, U.S., September 30, 2019. The Oscar-winning actor is one of four to receive the National Medal of Arts on Thursday. Photo by REUTERS/Mario Anzuoni

The recipients of the National Medal of Arts are:

—Alison Krauss, the bluegrass-country singer and musician, “for making extraordinary contributions to American music.” The White House misspelled her name in its release.

—Sharon Percy Rockefeller “for being a renowned champion of the arts, generous supporter of charity, and a pioneer of new ideas and approaches in the field of public policy.”

—The Musicians of the United States Military “for personifying excellence in music and service to country.”

—Jon Voight “for his exceptional capacity as an actor to portray deeply complex characters.” Voight starred in “Midnight Cowboy,” the 1969 film that won an Academy Award for best picture, and he won the best actor Oscar for 1978’s “Coming Home.” He appears in the Showtime series “Ray Donovan.” 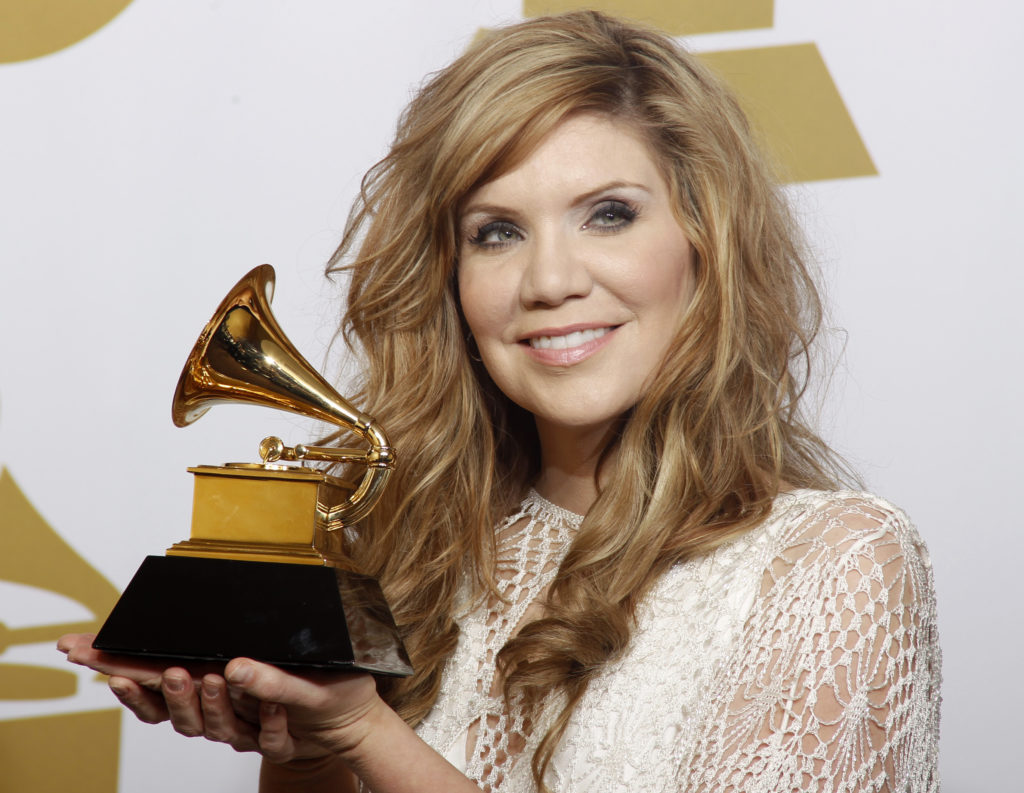 Singer Alison Krauss holds her award for Best Bluegrass Album (“Paper Airplane”) at the 54th annual Grammy Awards in Los Angeles, California February 12, 2012. Krauss is one of four to receive the National Medal of Arts on Thursday. Photo by REUTERS/Lucy Nicholson

The recipients of the National Humanities Medal are:

—The Claremont Institute “for championing the Nation’s founding principles and enriching American minds.”

—Teresa Lozano Long “for supporting the arts and improving educational opportunities” through scholarships and philanthropy.

—Patrick O’Connell, the chef at The Inn at Little Washington, “for being one of the greatest chefs of our time.”

—James Patterson “for being one of the most successful American authors of our time.” Patterson wrote a book about Jeffrey Epstein, the disgraced financier who killed himself while awaiting trial on charges of sexually abusing teenage girls. The book includes several references to Trump, including an account of the men’s falling out. 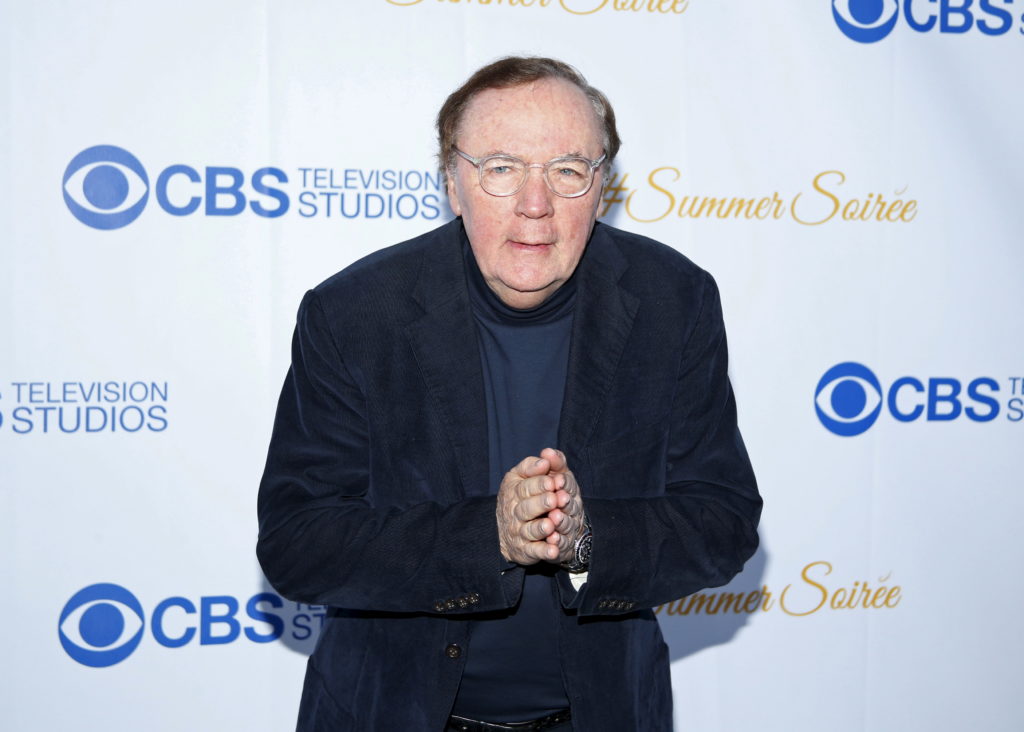 Author James Patterson is one of four recipients of the National Humanities Medal. Photo by REUTERS/Danny Moloshok

Trump has had an uneasy if not hostile relationship with many in the arts and the humanities who oppose his policies and have denounced his presidency. He has been largely shunned by Hollywood and has skipped events like the annual Kennedy Center gala that is one of Washington’s premier social gatherings after some honorees said they would not attend if Trump was part of the ceremony.

Left: Oscar-winning actor Jon Voight, singer and musician Alison Krauss and mystery writer James Patterson are among the artists and philanthropists being honored by President Donald Trump for their contributions to the arts or the humanities, the first recipients of prestigious national medals since Trump took office.

This nonprofit has a sweet plan for reclaiming vacant Detroit lots