EL PASO, Texas — Across the Hispanic community in El Paso, the initial shock from the deadly shooting Saturday has given way to anger and fear as the city prepares to welcome President Donald Trump on Wednesday.

The visit will stoke a long-running debate about Trump’s anti-immigrant rhetoric, which was echoed in a racist online manifesto written by the shooter who carried out the attack at a Walmart store that killed 22 people and left dozens more injured.

But for many Hispanic residents in a major border city that is often caught in the crossfire of the national debate over immigration, the shooting offered conclusive proof that Trump’s disparaging remarks about minorities can have tragic real-world consequences.

“Crazy white people listen to him and they’re like, ‘We don’t want Mexicans in the U.S. because they’re bad and they don’t belong here,’” said Sylvia Saucedo, who was inside the Walmart store at the time of the shooting.

In the days since the attack, Saucedo has stayed at home, with the blinds drawn, too upset to eat or sleep. Others have taken different approaches to cope with the attack and its aftermath.

READ MORE: How to help those affected by the shooting in El Paso

Rubi Gomez, who helps run a family-owned company in the city that conducts safety trainings, said her husband, a police officer in El Paso, ordered their 8-year-old son a bulletproof backpack for the start of school later this month.

“Eight-year-olds shouldn’t have to do that,” Gomez said.

One young woman who was working at the Walmart at the time of the attack said she was thinking of taking shooting classes and applying for a concealed carry permit. Daisy, who was born in Mexico and asked that her last name not be used because she was concerned about maintaining her protected status under the Deferred Action for Childhood Arrivals program, known as DACA, said that owning a gun might make her feel less helpless.

She also said she had already sought help from a therapist. “I went to therapy today and tried to control myself and control my feelings. Because I can’t stay scared forever,” she said.

“He made us a target,” said Daisy, who works at Walmart.

The woman said she was feeling “sad and angry at the same time,” and blamed Trump for the deep divisions in the country. “He made us a target.”

Carlos Spector, an immigration attorney, said he was not surprised by the shootings. A deadly attack in the United States targeting Hispanics “was a matter of time, given the pattern of President Trump’s racist rants and hateful rhetoric against Mexicans specifically and Hispanics generally.”

“I think a lot of us expected it sooner or later,” he said.

The anger felt by many at Trump did not diminish after the president delivered brief remarks Monday at the White House denouncing the attack and another mass shooting hours later in Dayton, Ohio, that killed nine people.

“The shooter in El Paso posted a manifesto online consumed by racist hate,” Trump said. “In one voice, our nation must condemn racism, bigotry and white supremacy. These sinister ideologies must be defeated. Hate has no place in America.” 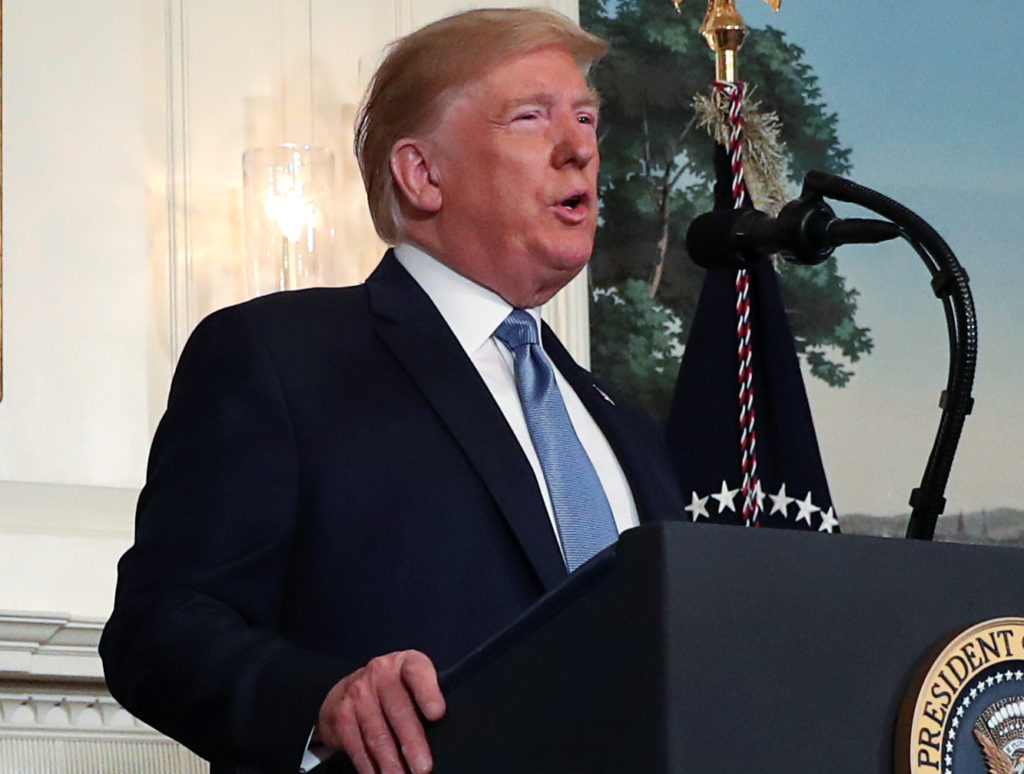 Trump’s use of the term white supremacy was notable. The president has often avoided it to describe people linked to white supremacist groups who carry out acts of racial violence, such as the rally in Charlottesville in 2017.

But community activists grieving over the shooting at the Walmart store dismissed the president’s remarks as insufficient.

“Words matter. Trump’s words killed people,” said Fernando Garcia, the executive director of Border Network for Human Rights, an advocacy group based in El Paso. “I know there was a shooter and he was responsible. But he was following a very evil and unfortunate narrative coming from the White House.”

Not everyone agreed Trump should be held responsible. Gomez, the safety training instructor, said ascribing Trump responsibility for the shooting, even in an indirect way, removes responsibility from the shooter himself, she said. “We can’t always blame politics. It’s a person’s choice to do what they do.”

Still, she said she kept thinking about Trump’s speech announcing his 2016 presidential bid. In that speech, Trump said Mexicans were “rapists” and “drug dealers,” attacks that set the tone for an anti-immigration message that has carried over into his presidency. Trump has defended this characterization, returning to it in several rallies since then, sometimes with the qualifier that he does not mean to paint all Mexicans that way.

“You can’t say all Mexicans are dumb, bad, and uneducated,” said Gomez, whose family is from Mexico. “I’m a nurse. My mother has a Ph.D. We’re doing our best to give back to the community.”

Trump’s visit to El Paso Wednesday will offer the president a fresh opportunity to focus on unity. But ahead of the visit, some residents in El Paso said the visit, and the broader conversation about Trump and race in America, would take attention away from the shooting itself and the issue of gun violence.

“This type of violence is happening all over the United States now, and I don’t think any city is safe until there’s some type of change in gun laws,” said Roel Martinez, a funeral home owner in El Paso.

It’s not fair to say Trump’s rhetoric drove the shooter to act, he said, because an individual’s motives are impossible to fully understand. “The president can say something and people can take it another way and do a hate act,” he said.

And others signaled discomfort with pivoting immediately to a debate about immigration so soon after the attack — a debate that inevitably places Trump at the center of the story instead of the victims of the shooting.

John Cook, a Democrat who served as the city’s mayor from 2005 to 2013, said in an interview he was worried the shooting would sour relations between residents from El Paso and Juarez, the city on the Mexican side of the southern border.

“Now all of a sudden you may have people on the other side of the border afraid to come over here because you never know when another American maniac will show up with an M16,” Cook said.

Left: Three days after a mass shooting at a Walmart in El Paso, Texas, people gather August 6 to pay their respects. REUTERS/Callaghan O'Hare