As laid out in his report, special counsel Robert Mueller investigated 11 different incidents of possible obstruction of justice by President Donald Trump.

Mueller, whose full report with redactions was released Thursday, ultimately did not reach a final conclusion on the topic, saying the case raised “difficult issues” on whether the president should be prosecuted for obstruction of justice. Instead, he presented multiple instances in which Trump’s actions were “capable of exerting undue influence over [the investigations].”

Here’s a look at the 11 specific obstruction-related actions that Mueller investigated and what the report found, along with a key passage for each section — and the page number in the PDF — to make reading the document easier.

1. What Trump knew and what he denied about Russia and WikiLeaks (pages 228-236)

Here, Mueller looks at Trump’s efforts to negotiate a Trump Tower deal in Moscow even as he told reporters in 2016 that he had no business dealings with Russians. It also addresses WikiLeaks and the hacked emails it published from the Democratic National Committee and Clinton campaign officials.

What Mueller found: Trump’s former personal attorney Michael Cohen testified that Trump told him in 2016: “Why mention [our work on a Russian hotel] if it is not a deal?” On WikiLeaks, onetime Trump deputy campaign manager Rick Gates testified that Trump specifically mentioned that he knew more damaging Clinton material would be coming.

2. Did the president try to cover up Michael Flynn’s phone calls with the Russian ambassador or protect him from prosecution? (pages 237-259) 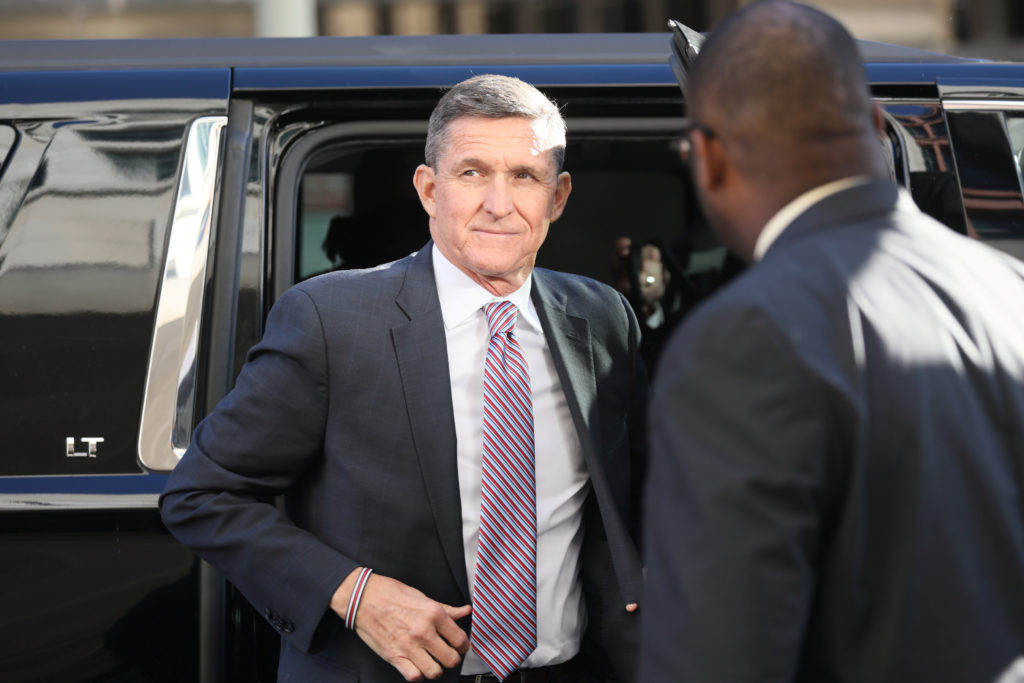 Former national security adviser Michael Flynn exits a vehicle as he arrives for his sentencing hearing at U.S. District Court in Washington on Dec. 18, 2018. Photo by REUTERS/Jonathan Ernst

This section includes Trump’s alleged remark to then-FBI Director James Comey to “let go” of the investigation into Flynn, who served briefly as national security adviser. Flynn was fired for lying to senior Trump administration officials about his contact with Sergey Kislyak, Russia’s ambassador to the United States.

Some evidence suggests that Trump knew about the existence and content of Flynn’s calls with Russia when they occurred. But the evidence is inconclusive, and could not be relied upon to establish the president’s exact knowledge of the nature of Flynn’s contacts with Russia.

3. Trump’s repeated urging of top administration officials to deny he was under investigation (pages 260- 273)

Mueller points to the president’s entreaties to several key officials, including Director of National Intelligence Dan Coats, National Security Agency Director Mike Rogers and Comey, asking them to publicly deny that he was under investigation.

What Mueller found: Mueller concluded the evidence does not show the president was trying to interfere with the investigation when he spoke with top intelligence officials about his potential involvement. But the report noted that his actions here are relevant in understanding his overall view that the investigation was a significant threat. 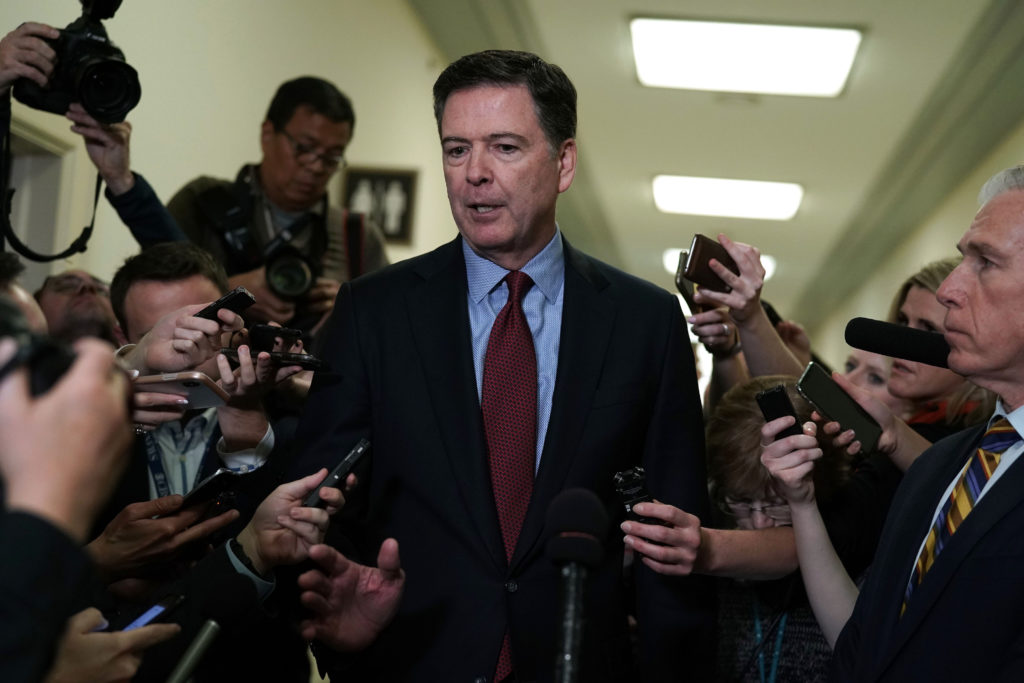 Former FBI Director James Comey speaks to the media after giving a private deposition to the House Judiciary and House Government and Oversight committees on Dec. 7, 2018. Photo by Joshua Roberts/Reuters

What Mueller found: “Firing Comey would qualify as an obstructive act if it had the natural and probable effect of interfering with or impeding the investigation … substantial evidence indicates that the catalyst for the President’s decision to fire Comey was Comey ‘s unwillingness to publicly state that the President was not personally under investigation. The evidence does not establish that the termination of Comey was designed to cover up a conspiracy between the Trump Campaign and Russia.”

The report states that the president repeatedly directed officials to pressure the Justice Department to remove Mueller. Former White House Counsel Don McGahn told Mueller’s team the president told him that “Mueller has to go” at least twice, and on June 17, 2017, told McGahn to call Rosenstein to have the special counsel removed. McGahn did not follow through, “deciding that he would resign rather than trigger what he regarded as a potential Saturday Night Massacre.”

What Mueller found: “This evidence shows that the President was not just seeking an examination of whether conflicts in the Mueller team existed but instead was looking to use asserted conflicts as a way to terminate the Special Counsel. Instead of relying on his personal counsel to submit the conflicts claims, the President sought to use his official powers to remove the Special Counsel.”

6. Did Trump direct the White House counsel to lie about his order to fire the special counsel? (pages 325-332) 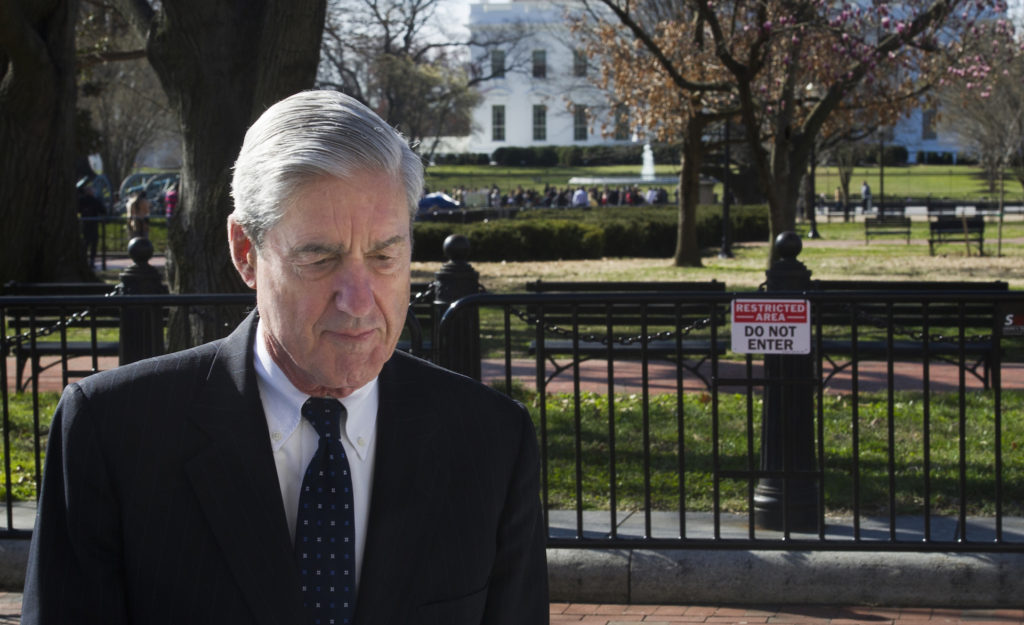 This section revolves around testimony by McGahn, who stated that Trump asked him to deny that the president had ordered him to fire Muller. As noted above, McGahn clearly recalled being ordered by the president to fire Mueller. In his report, Mueller weighs the possibility that the president may have sincerely been trying to correct inaccuracies in news stories reporting that he had tried to fire Mueller and was not asking McGahn to lie. In the end, Mueller seems to conclude that McGahn’s account is the more consistent.

What Mueller found: “Evidence indicates that by the time of the Oval Office meeting the President was aware that McGahn did not think the story was false and did not want to issue a statement or create a written record denying facts that McGahn believed to be true. The President nevertheless persisted and asked McGahn to repudiate facts that McGahn had repeatedly said were accurate.”

Here, Mueller writes some of his most sharp and clear conclusions about the president’s actions. The report found that Trump directed his former campaign manager Corey Lewandowski in July 2017 to tell Attorney General Jeff Sessions that he must block Mueller from investigating the president or his campaign. Lewandowski asked another White House official to deliver the message, but that official did not follow through.

What Mueller found: “Substantial evidence indicates that the President’s efforts to have Sessions limit the scope of the Special Counsel’s investigation … was intended to prevent further investigative scrutiny of the President’s and his campaign’s conduct.”

8.Trump’s push for Sessions to reverse his recusal and take over the investigation (pages 319-325) 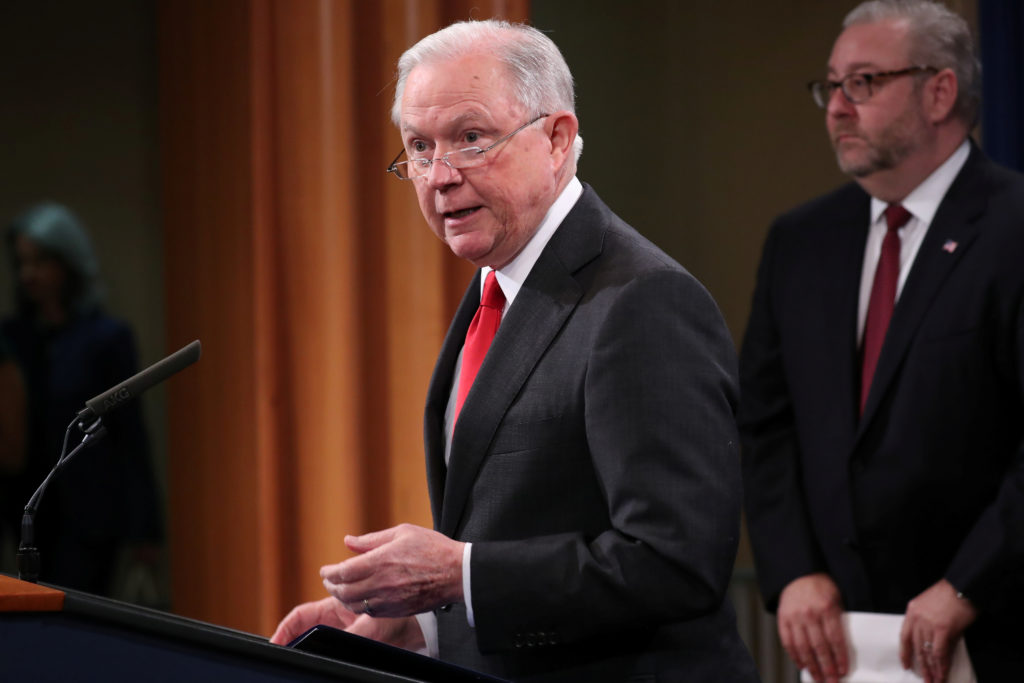 What Mueller found: “A reasonable inference from those statements and the President’s actions is that the President believed that an unrecused Attorney General would play a protective role and could shield the President from the ongoing Russia investigation.”

Mueller confirmed news reports that the president personally directed a misleading press statement, to be attributed to his son Donald Trump Jr., about the June 2016 meeting at Trump Tower between top campaign staff and a Russian lawyer. The meeting was the result of emails offering Donald Trump Jr. damaging material about Clinton. Mueller concluded that the president’s actions to conceal the truth about the meeting was a “press strategy” and does not meet the definition of obstruction of justice.

What Mueller found: “Each of these efforts by the President involved his communications team and was directed at the press. They would amount to obstructive acts only if the President, by taking these actions, sought to withhold information from or mislead congressional investigators or the Special Counsel. But the evidence does not establish that the President took steps to prevent the emails or other information about the June 9 meeting from being provided to Congress or the Special Counsel.”

10. Did the president witness tamper or offer pardons to Flynn, Manafort and an unnamed person? (pages 332-345)

This section looks at whether the president tried to influence witnesses, including with the promise of pardons, to remain loyal to him or not cooperate with the investigation. This includes public and private statements directed to Flynn and Manafort. For example, Manafort’s onetime deputy, Rick Gates, testified that Manafort told him that “he had been in touch with the President’s personal counsel … and ‘we’ll be taken care of’” though the word pardon wasn’t used. Mueller drew separate conclusions here regarding Manafort and Flynn.

What Mueller found on Manafort: Trump “intended Manafort to believe that he could receive a pardon, which would make cooperation with the government as a means of obtaining a lesser sentence unnecessary. We also examined the evidence of the President’s intent in making public statements about Manafort at the beginning of his trial and when the jury was deliberating. Some evidence supports a conclusion that the President intended, at least in part, to influence the jury.”

What Mueller found on Flynn: “Evidence concerning the President’s intent related to Flynn as a potential witness is inconclusive. Also, sequence of events could have had the potential to affect Flynn’s decision to cooperate, as well as the extent of that cooperation. Because of privilege issues, however, we could not determine whether the President was personally involved in or knew about the specific message his counsel delivered to Flynn’s counsel.” 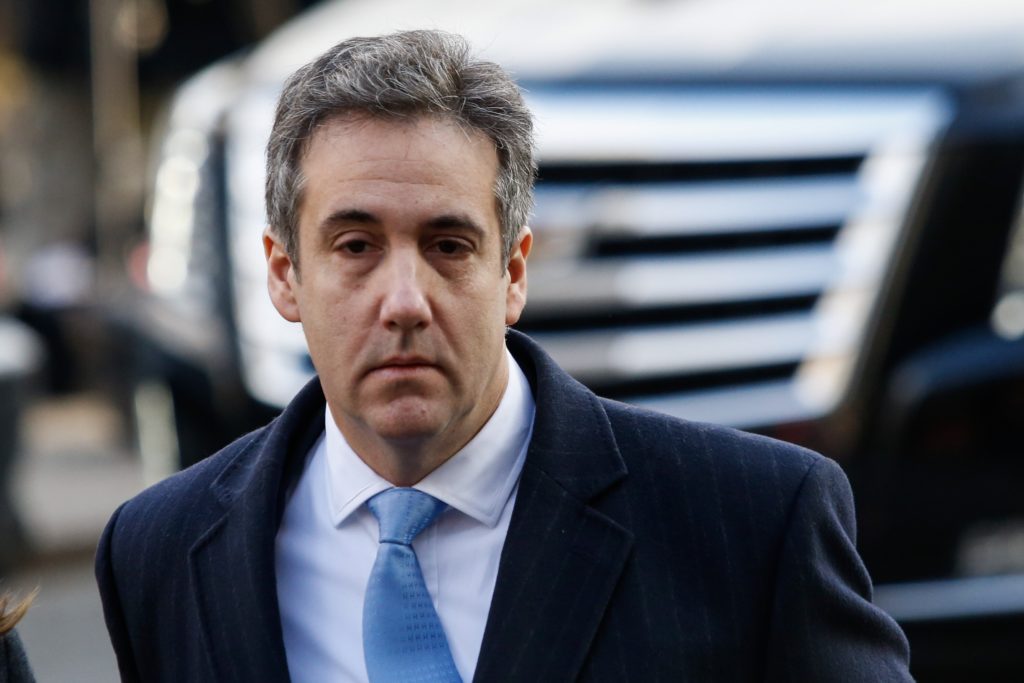 Michael Cohen, President Donald Trump’s former personal attorney and fixer, arrives at federal court for his sentencing hearing on Dec. 12, 2018 in New York City. Cohen was sentenced to three years in prison after pleading guilty in August to several charges, including multiple counts of tax evasion, a campaign finance violation and lying to Congress. Photo by Eduardo Munoz Alvarez/Getty Images

In the longest section on obstruction, Mueller looks at whether the president directed his longtime attorney and fixer Michael Cohen to lie to Congress, and whether Trump tried to influence Cohen’s testimony when he later cooperated with the special counsel. Mueller writes that the president knew Cohen was lying to Congress, but it is not clear if he ordered him to do that.

What Mueller found: “The evidence concerning this sequence of events could support an inference that the President used inducements in the form of positive messages in an effort to get Cohen not to cooperate, and then turned to attacks and intimidation to deter the provision of information or undermine Cohen’s credibility once Cohen began cooperating.”

The PBS NewsHour’s Yamiche Alcindor reported for this story.