The full version of special counsel Robert Mueller’s report, with redactions, has been released.

In the lead up to the report’s release, congressional lawmakers questioned Attorney General William Barr’s four-page summary of the report’s conclusions, which he released last month. Last week, House Democrats pressed Barr on his summary of special counsel’s nearly two-year-long investigation into Russian interference in the 2016 presidential election and potential ties to the Trump campaign.

Ahead of the full report being made public, Barr reiterated the conclusions from his summary in a press conference at the Department of Justice. Mueller’s report “found no evidence that any Americans – including anyone associated with the Trump campaign – conspired or coordinated with the Russian government” to meddle in the election, Barr said.

Read the full Mueller report below: 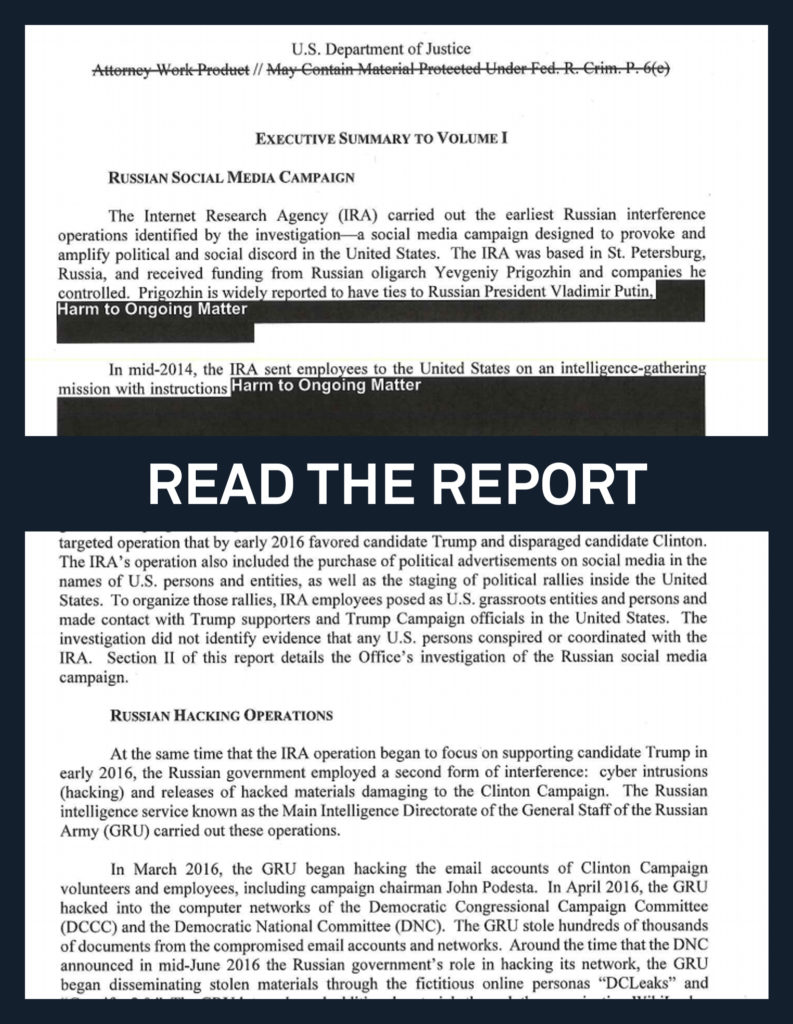 The attorney general also said the report outlined 10 episodes involving President Donald Trump that were examined as potential acts of obstruction of justice.

Barr said he and Deputy Attorney General Rod Rosenstein disagreed with some of Mueller’s legal theories about obstruction, adding that they concluded that the evidence wasn’t sufficient enough to establish that the president’s actions amounted to an obstruction of justice offense.

Meanwhile, Democrats requested that Mueller testify before the House Judiciary Committee by May 23. Barr said Thursday he had no objection to Mueller testifying before Congress, and also said that a less redacted version of the report will be given to some members of Congress.

Barr not a ‘fair broker’ on Mueller report, Nadler says