LOS ANGELES — Seventeen states, including New York and California, sued the Trump administration Tuesday to force it to reunite the thousands of immigrant children and parents it separated at the border, as pressure mounted to reconnect families more quickly.

The states, all led by Democratic attorneys general, joined Washington, D.C., in filing the lawsuit in federal court in Seattle. Separately, immigration-rights activists asked a federal judge in Los Angeles to order that parents be released and immediately reunited with their children.

The Justice Department did not immediately respond to a request for a comment on the multistate lawsuit. It had no comment on the Los Angeles filing.

More than 2,000 children have been separated from their parents in recent weeks and placed in government-contracted shelters — hundreds of miles away, in some cases — under a now-abandoned policy toward families caught illegally crossing the border. 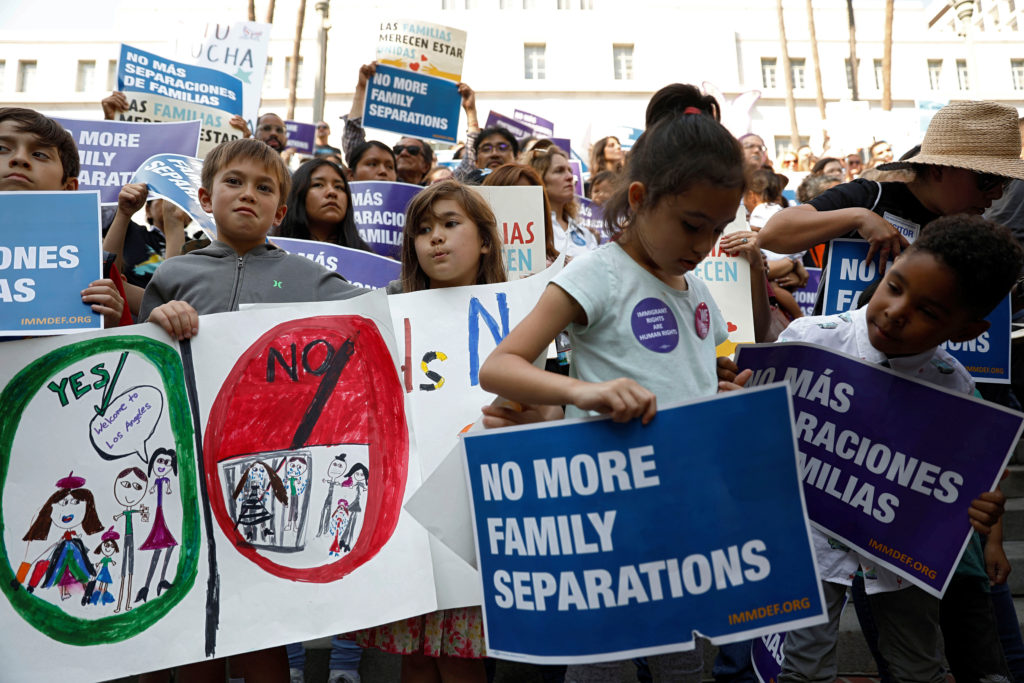 Amid an international outcry, President Donald Trump last week issued an executive order to stop the separation of families and said parents and children will instead be detained together.

But precious few families have been reunited, and the Trump administration has disclosed almost no information on how the process will be carried out or how long it will take.

Health and Human Services Secretary Alex Azar said Tuesday that his department still has custody of 2,047 immigrant children separated from their parents at the border. That is only six fewer children than the number in HHS custody as of last Wednesday.

Administration officials have been casting about for detention space for migrants, with the Pentagon drawing up plans to hold as many as 20,000 at U.S. military bases.

At the same time, the administration has asked the courts to let authorities detain families together for an extended period while their immigration cases are resolved. Under a 1997 court settlement, children must be released from detention as quickly as possible.

Outraged by the family separations, immigrant supporters have led protests in recent days in states such as Florida and Texas.

On Tuesday, police arrested 25 demonstrators at a rally ahead of a Los Angeles appearance by Attorney General Jeff Sessions. He was scheduled to address the conservative Criminal Justice Legal Foundation at a hotel later in the day.

Outside the U.S. attorney’s office, protesters carried signs reading, “Free the children!” and “Stop caging families.” Clergy members blocked the street by forming a human chain. They were handcuffed by police and led away.

Later, protesters gathered outside the hotel where Sessions was scheduled to speak. As the attorney general’s motorcade arrived, the crowd chanted, “Nazi, go home.”

READ MORE: How Trump’s family separation policy became what it is today

Amid outrage at family separations, Trump supporters dig in