DENVER (AP) — Super Tuesday is the biggest day on the primary calendar, and the results seem very likely to reshape the Democratic presidential race in ways few could have predicted a couple weeks ago.

Here are some takeaways from the results.

It is hard to overstate the speed and depth of the comeback of former Vice President Joe Biden. He was embarrassed in Iowa, New Hampshire and Nevada, and left many Democrats looking for an alternative.

A decisive victory in South Carolina left him buoyant but also highly vulnerable heading into Super Tuesday, with 14 primaries spread from Maine to California. He had little money and only limited organization in place. 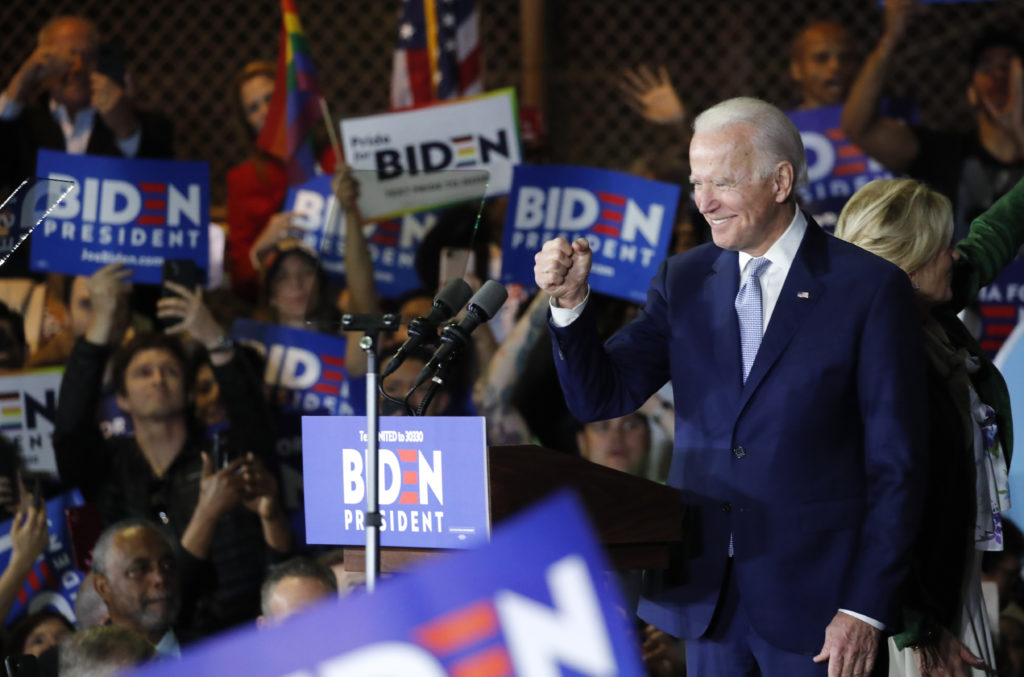 Mike Bloomberg had placed a $500 million bet that Biden would falter. Sen. Bernie Sanders had built his own kind of firewall — not in a small state like South Carolina, but in the biggest of them all, California.

But Sanders’ perceived strength and Bloomberg’s weakness drove many Democrats into Biden’s arms. In a remarkable 24 hours, he secured the endorsement of three former competitors who appeared at a show-of-force rally in Dallas and he harnessed the elusive power of momentum.

Biden’s night started with an emphatic, 30-point victory in Virginia, a state where the profile of the electorate includes many of the college-educated suburban voters who powered Democratic victories in the 2018 midterm elections. Bloomberg spent more than $12 million in television ads in Virginia and millions more on field organization. Biden spent less than $200,000.

He built on that throughout the night, in North Carolina, Alabama and states across the map. His success fundamentally reset the race, with the contest almost certainly now between him and Sanders, who ran strong in the two largest states, Texas and California.

They seem destined for a long, state-by-state fight defined by their starkly different visions of what Democrats need to defeat President Donald Trump.

Sanders claimed the night’s largest trophy, California, a state where he had committed substantial time and effort, while Biden had only a minimalist campaign. It was a measure of how strategic the Sanders campaign has been, and why he remains so formidable.

It was also a place where he successfully assembled a coalition that included young voters and Latinos, something he was able to do in Texas, the second biggest delegate prize of the night, as well. 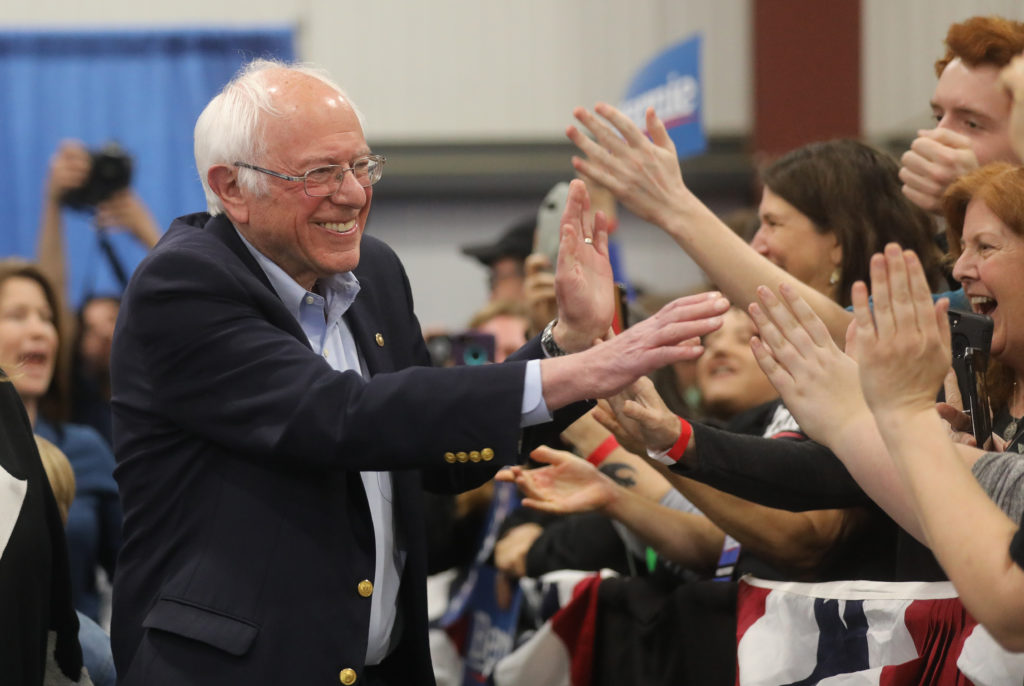 Winning California was critical for Sanders, who had long held a strong lead in the polls there.

But he lost in a number of states his campaign had been banking on, from Minnesota to Massachusetts. The Sanders campaign has gambled that, with a divided electorate, he could use his unshakable base to power him to plurality victories across the country. That theory showed flaws on Super Tuesday.

And there were warning signs beyond his big losses in the south, a region where Sanders has always struggled. He lost Minnesota and Oklahoma, two mostly-white states that he won during his 2016 insurgent run against Hillary Clinton. That suggests Sanders is seeing erosion in his white support from his prior races. Even in his home state of Vermont, Sanders didn’t perform as well as he did in 2016.

Now Sanders finds himself in much the same place as four years ago, a defiant insurgent with passionate support facing off against the favorite of the party establishment.

His national footprint, loyal following and strong fundraising mean he’s still in a solid position despite the Super Tuesday bruising. But Sanders may need a different approach going forward other than railing against the leaders of the party whose voters will determine whether he’s their nominee.

Bloomberg has often described himself as a data-driven manager. By any measure, the numbers look very bad for the billionaire former mayor of New York.

He is highly unlikely to win a state and is not on track to accumulate a serious number of delegates.

According to AP VoteCast, a majority of Democrats in several states would be disappointed if Bloomberg were the nominee. Even in Virginia, where he helped fund gun control efforts and elect women to state legislative and congressional seats, he dramatically underperformed. 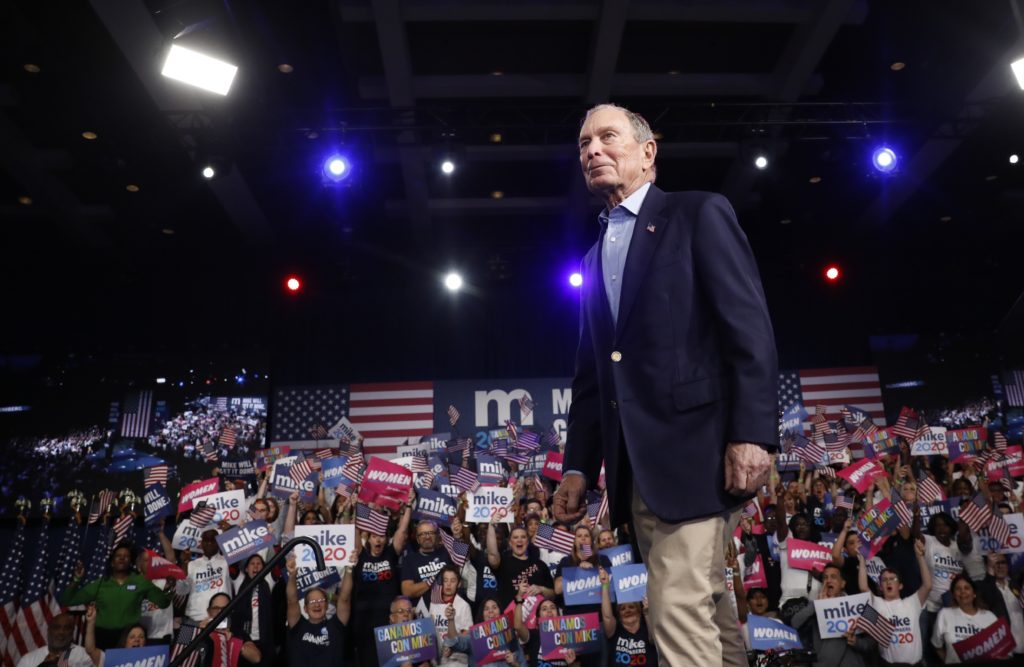 He has no clear path ahead, and given that his reason for running was predicated on a Biden failure, the rationale for continuing is not readily apparent. He is competing with Biden for anti-Sanders votes, while the Biden campaign worries that Bloomberg’s unorthodox strategy is depriving him of delegates he would need to overtake Sanders.

In Florida on Tuesday Bloomberg insisted he’s staying in, but it will get harder for him to make that argument if he starts approaching the status of John Connally, another big-spending party switcher who flopped in the 1980 GOP primary and only netted a single delegate.

Sen. Elizabeth Warren did not win a single state Tuesday and finished an embarrassing third in her home state, Massachusetts.

Her once ascendant campaign has been on a consistent downward trajectory, languishing at the bottom of the field in many states — sometimes even below Bloomberg, the object of her repeated scorn. 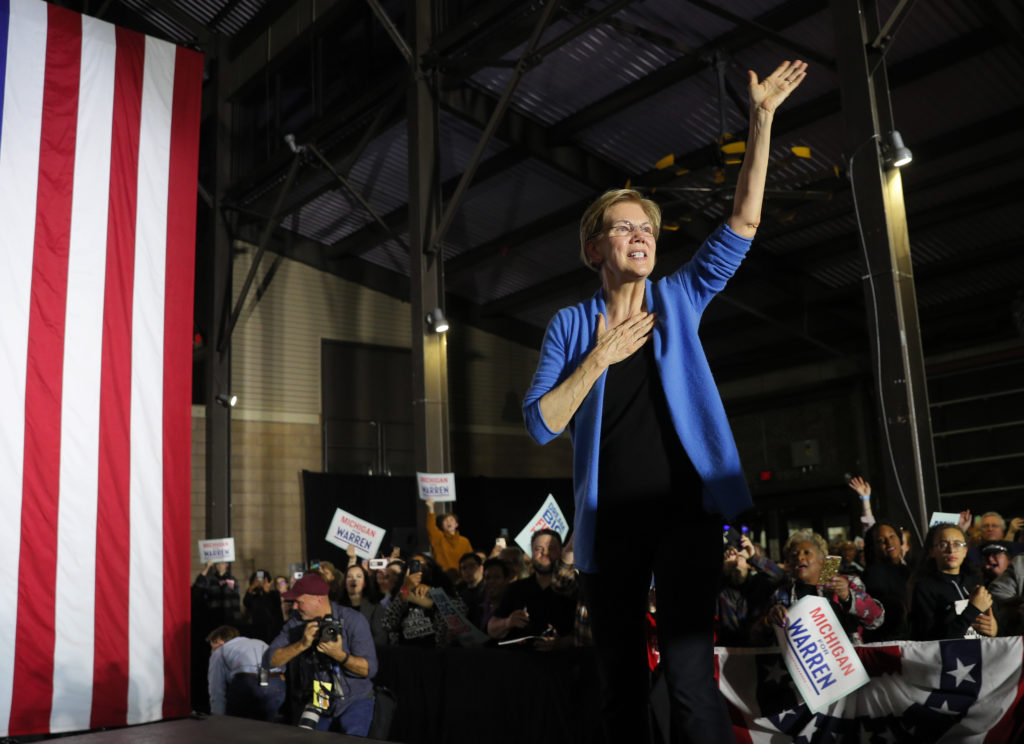 She was in Michigan Tuesday night, delivering her standard stump speech as if nothing had changed.

Her supporters hope she accumulates enough delegates to be a player and possible consensus nominee at a brokered convention. But candidates run for president, not convention broker.

The devil is the in the delegate count

Candidates don’t become the nominee by winning states, they do it by winning delegates. And it may be days — or weeks — before we know exactly where everyone stands in that ranking.

Much of that is because California, with its whopping 415 delegates, counts extremely slowly. The state has a permissive voting system that requires ballots mailed in on election day to be counted, and the tallying could stretch into April.

Many in California voted early, before Biden’s resurgence, so he may gain as the count drags. But Sanders’ backers are usually a late-voting cohort — on election night in 2016 he was losing the state to Clinton by double digits but was only down by about 7% in the final results released weeks later. So it’s hard to know how to parcel out the state’s bounteous rewards.

Other states like Colorado and Texas may take multiple days to finish their count and reward delegates. It’s likely this hurts Sanders long-term — the western states where he was strongest take the longest time, while the eastern ones where Biden romped reported results quickly, helping solidify the image of the former vice president’s comeback.

Voters get off the fence

The Democratic electorate has spent 15 months in paralysis as voters agonized over which of a sprawling, diverse field was most likely to beat Trump. On Tuesday, about one-third of Democrats had to make a decision. Many of those who waited until the last minute picked Biden. 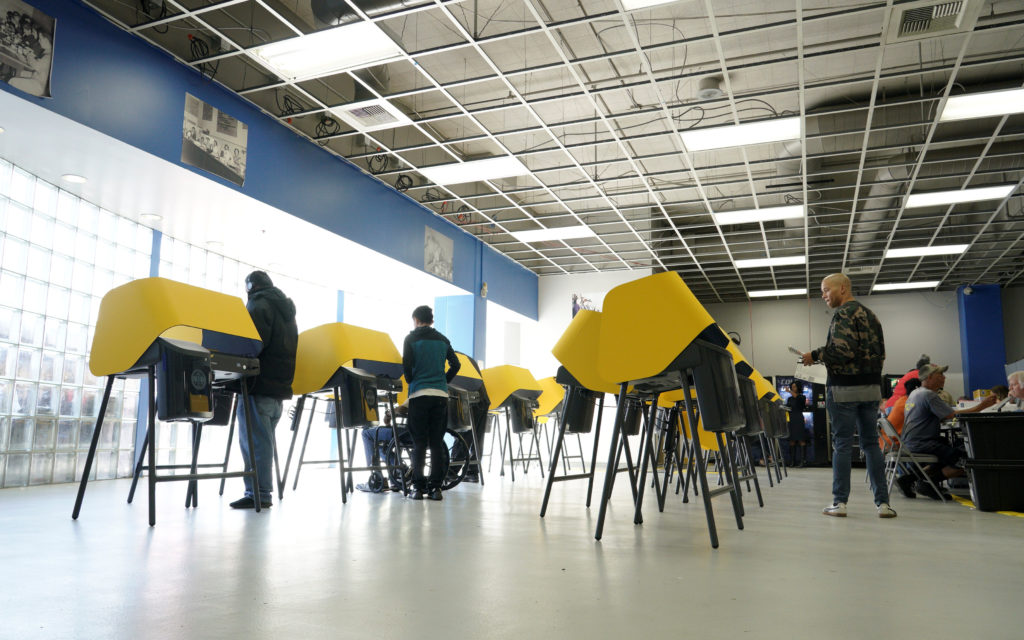 From about a quarter of voters in Texas to just over half in Minnesota, much of the Super Tuesday electorate hadn’t made up their mind until the final days, according to AP VoteCast. In North Carolina and Minnesota, about half went to Biden. In Virginia, two-thirds did. Biden won all three states.

In many states, these late deciders were somewhat older, slightly more likely to have graduated college and more likely to identify as moderate or conservative. They were helped by strong signals from the Democratic establishment. Biden’s centrist rivals, former South Bend Mayor Pete Buttigieg and Minnesota Sen. Amy Klobuchar, dropped out and endorsed him, and the former vice president racked up nods from dozens of Democratic luminaries in the 72 hours after his commanding win in South Carolina Saturday night.

For much of the cycle, Democrats indicated they hadn’t made up their minds on whom to support. If they continue to lock in on Biden in the states that vote after Super Tuesday, it could provide a critical advantage.

Left: A voter cast a ballot for 2020 Democratic Primary Election inside of a polling station at the Selma Fire Station on Super Tuesday in Selma, Alabama , U.S., March 3, 2020. Photo by Michael A. McCoy/Reuters