9 things we learned from the Trump whistleblower complaint

The whistleblower complaint against President Donald Trump released Thursday alleges the president sought foreign interference in the 2020 election and that White House officials moved to cover it up. Here are highlights of several notable sections listed in order, but don’t miss the last one — it might be the most important. 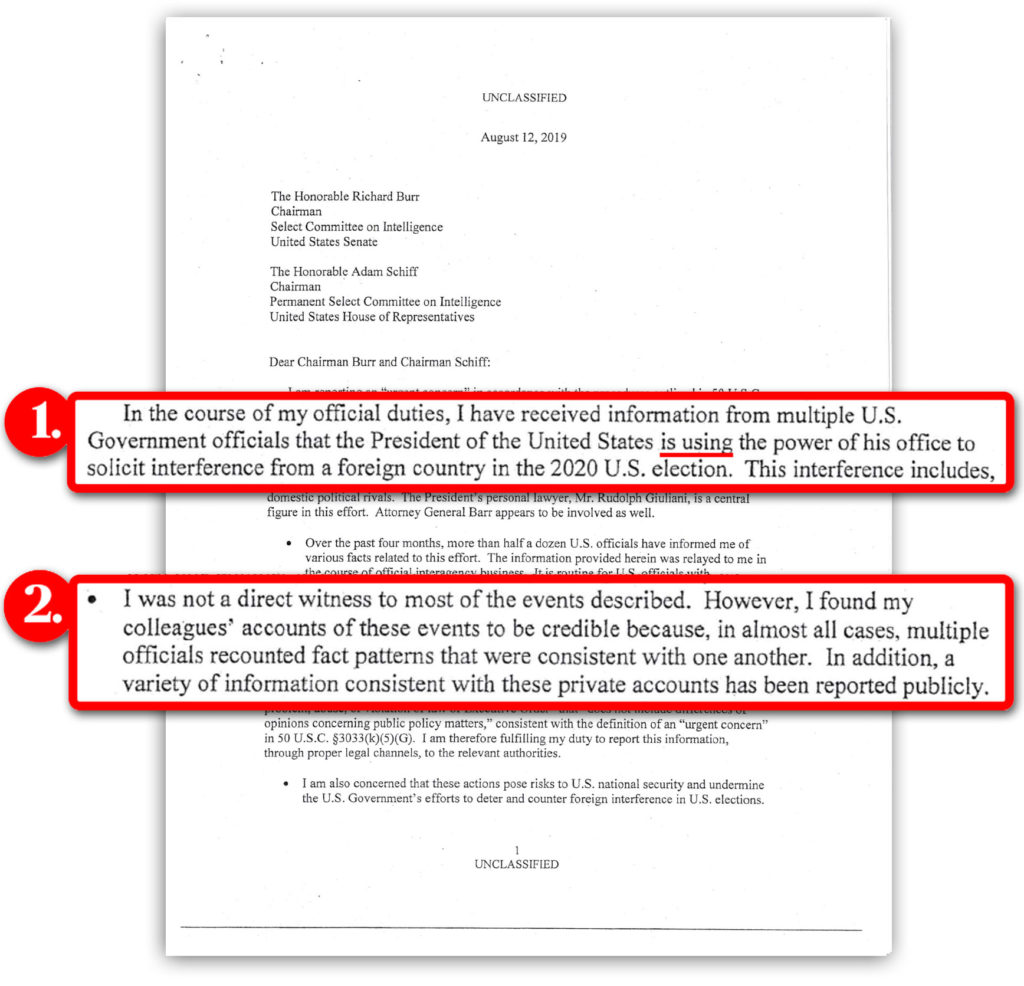 1. The whistleblower starts with the meat of his or her concern–that President Donald Trump is abusing his power and asking a foreign country to interfere in the 2020 election. Notably, the whistleblower says the information came from multiple government officials. Also interesting is the use of the present tense, that the president “is using” his office inappropriately.

2. The whistleblower acknowledges that he or she does not have first hand information of these allegations. 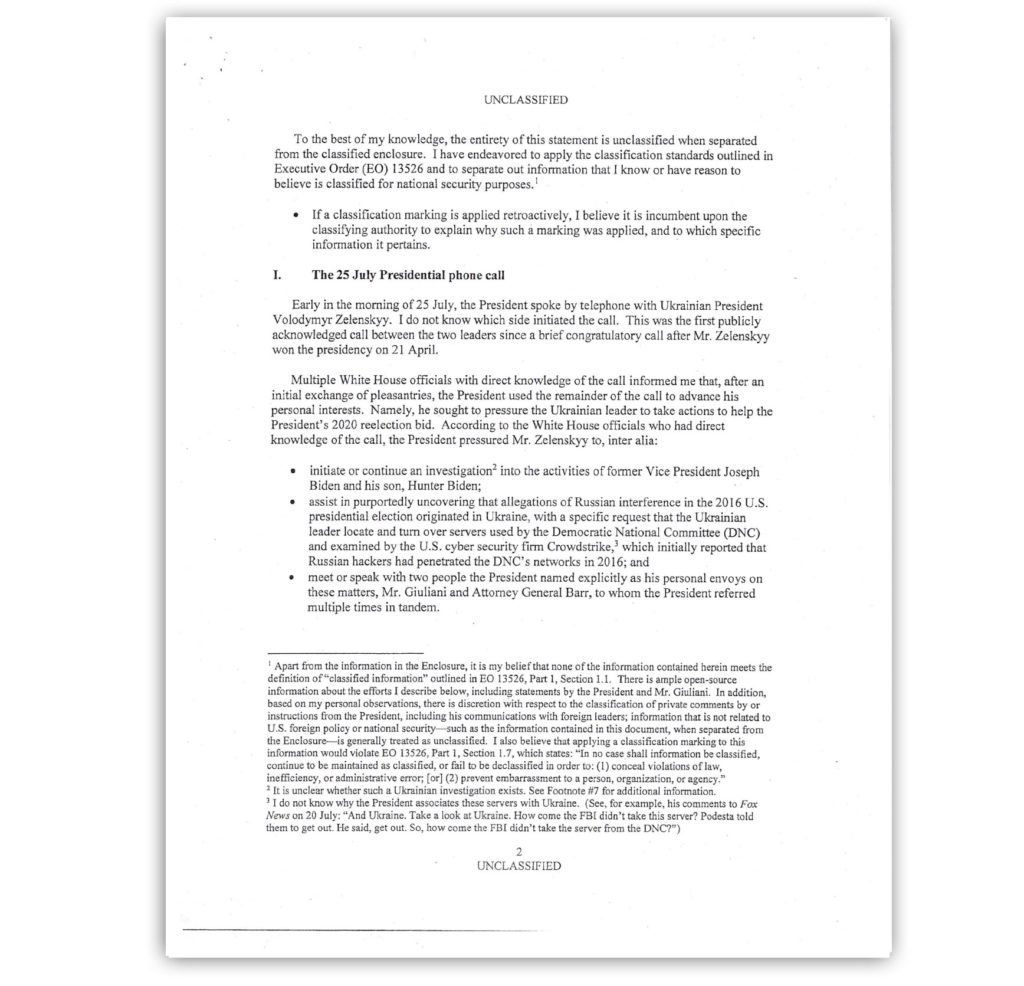 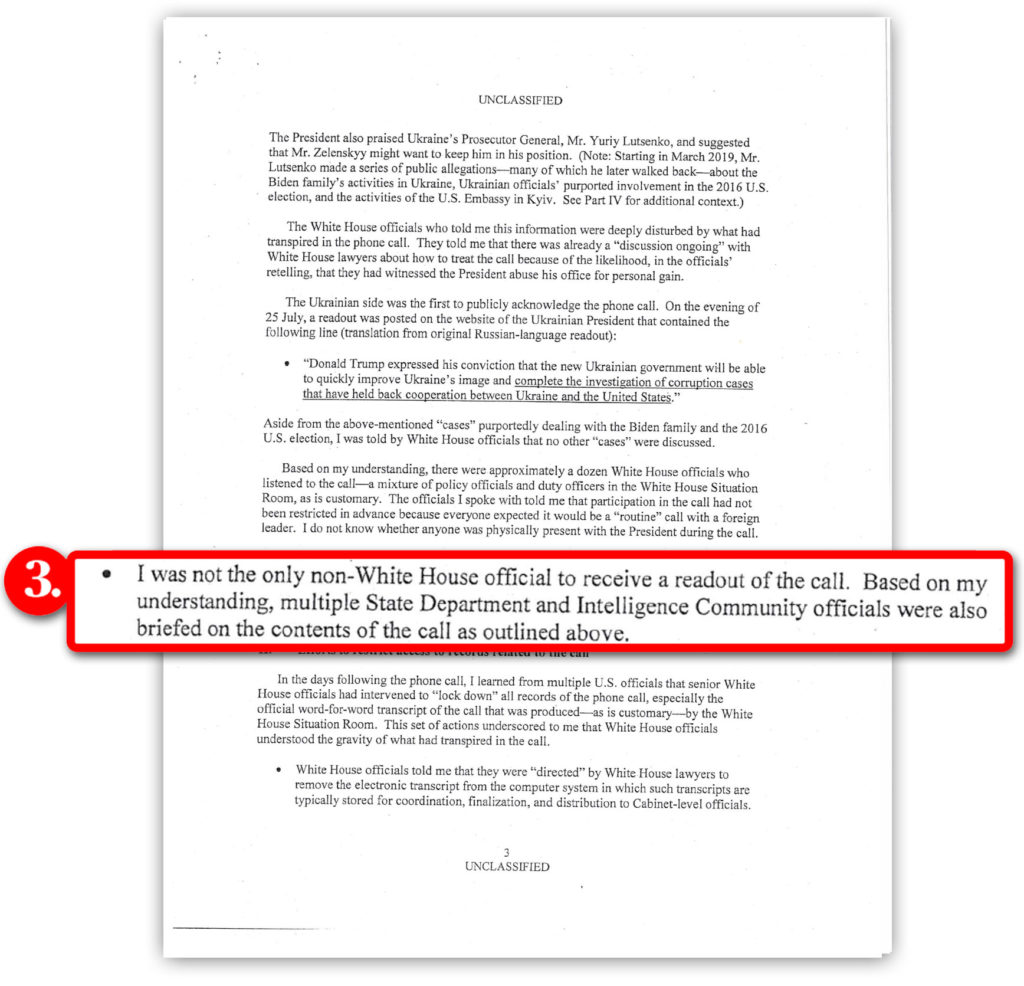 3. The whistleblower does not work at the White House, but got a readout of the call as part of his or her work. 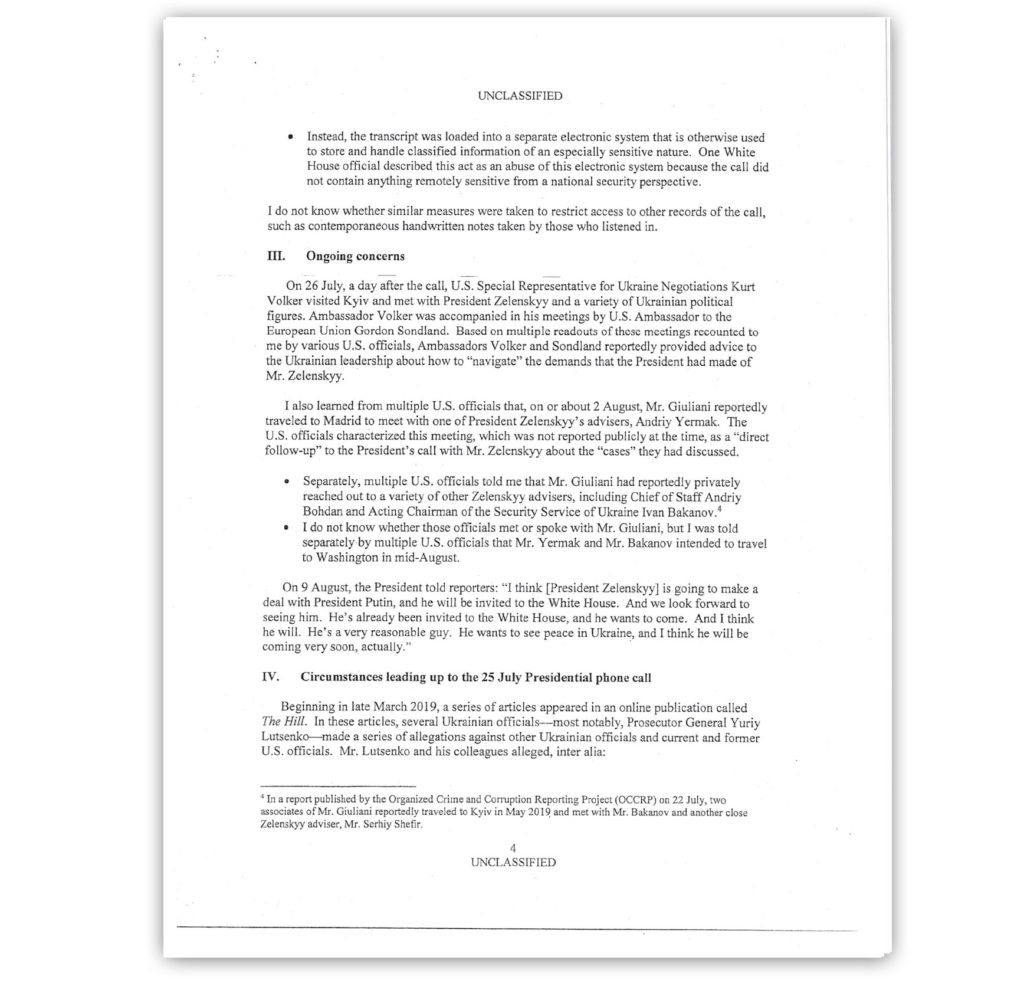 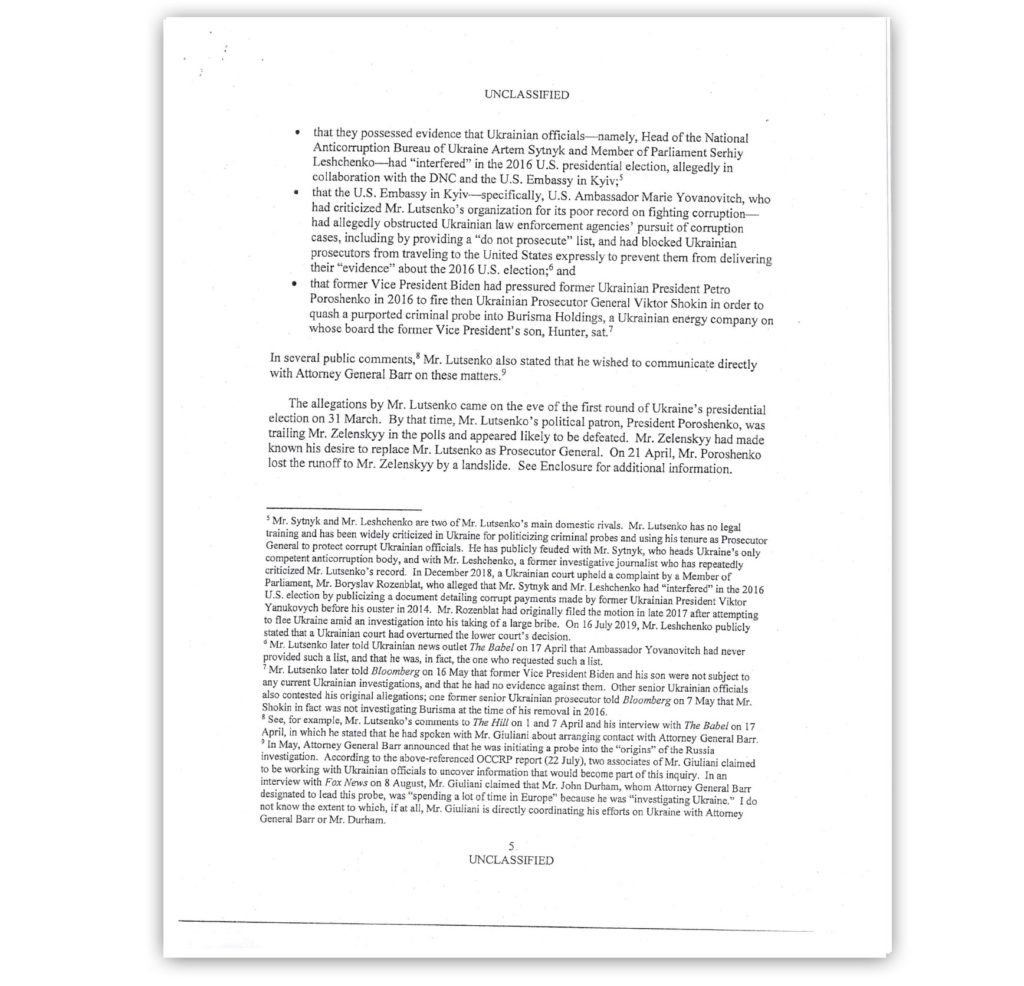 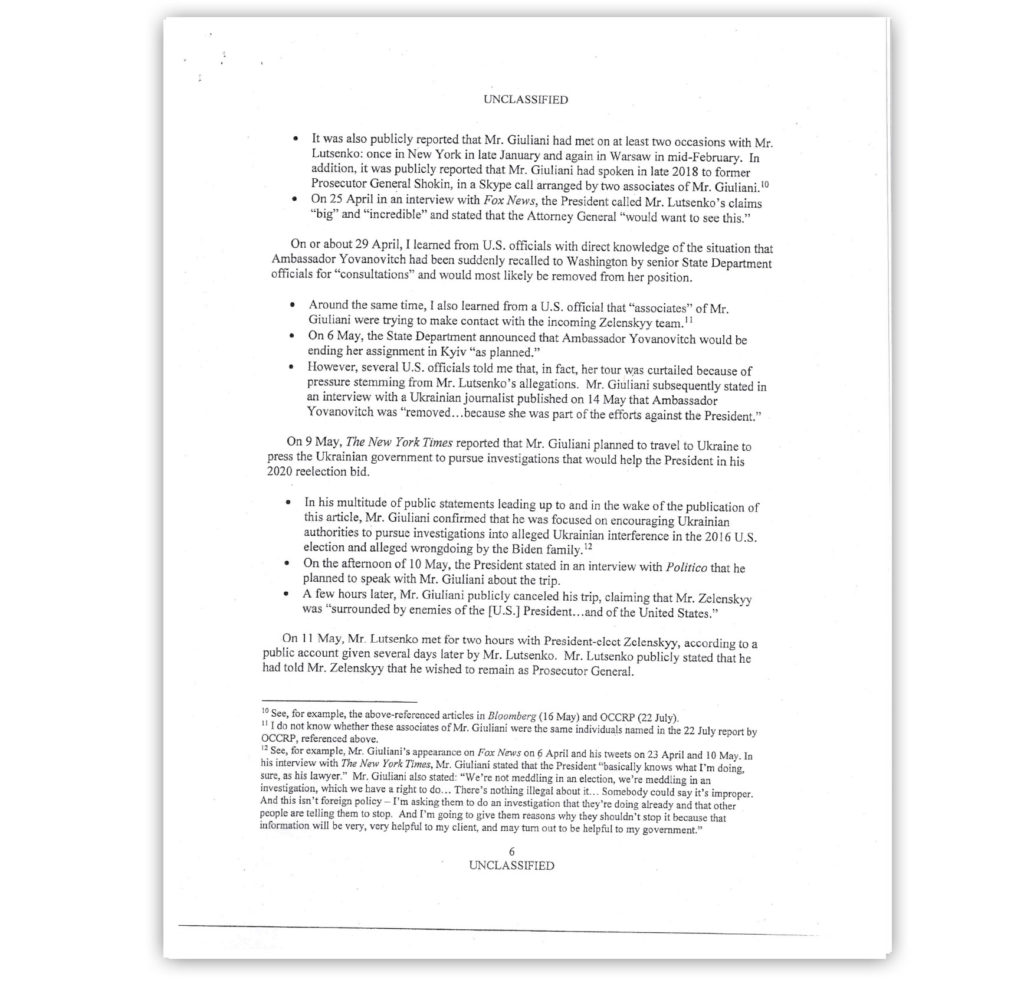 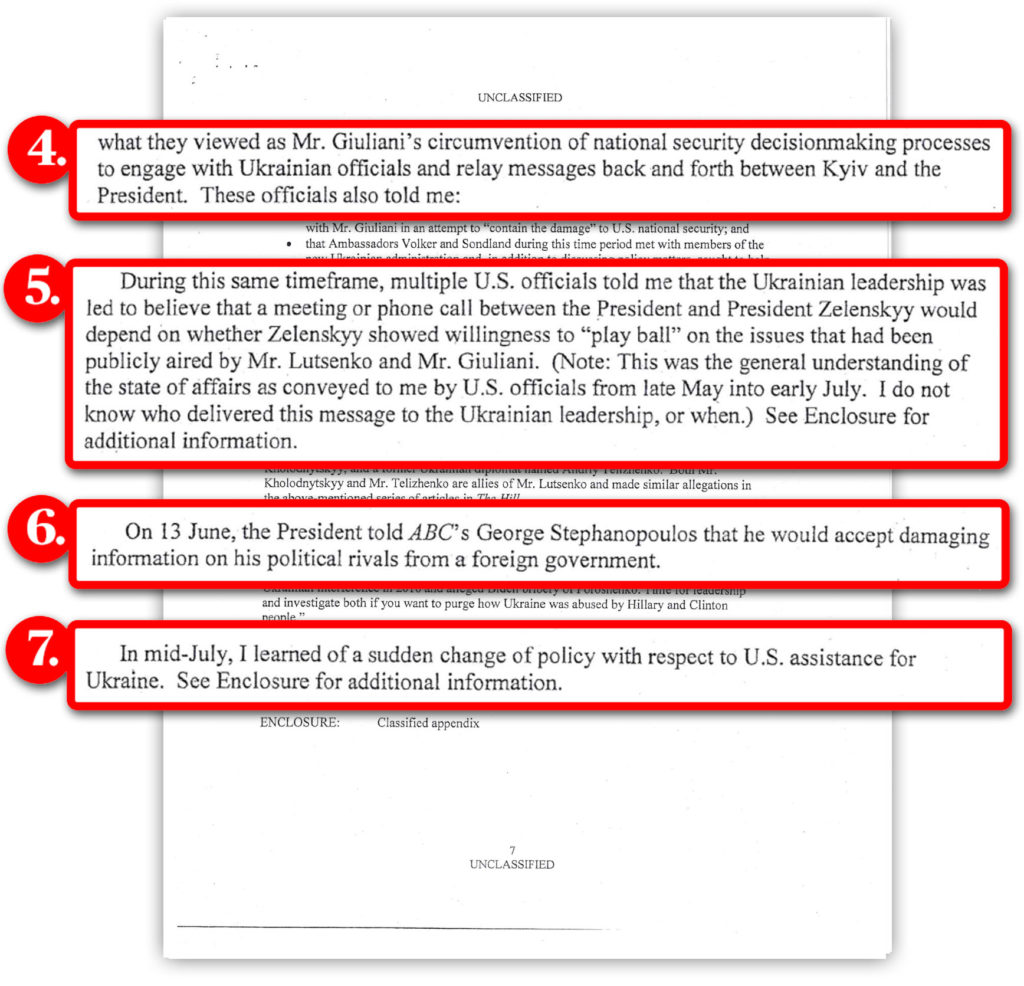 4. Rudy Giuliani comes up throughout this complaint. He is, and was also at the time, Trump’s personal lawyer and does not have a foreign policy role or a White House job. The whistleblower notes that “multiple” officials were not happy with Giuliani acting as an intermediary between Ukraine and the president.

5. This section is key to the idea of whether Trump was leveraging his office, notably access, to pressure the Ukrainians.

6. This was Trump’s response to a question about if, after Russia’s offer of compromising information on Hillary Clinton in 2016, he would accept similar information in the future

7. On July 18, 2019, Trump ordered to withhold nearly $400 million in aide to Ukraine that had been previously allocated. 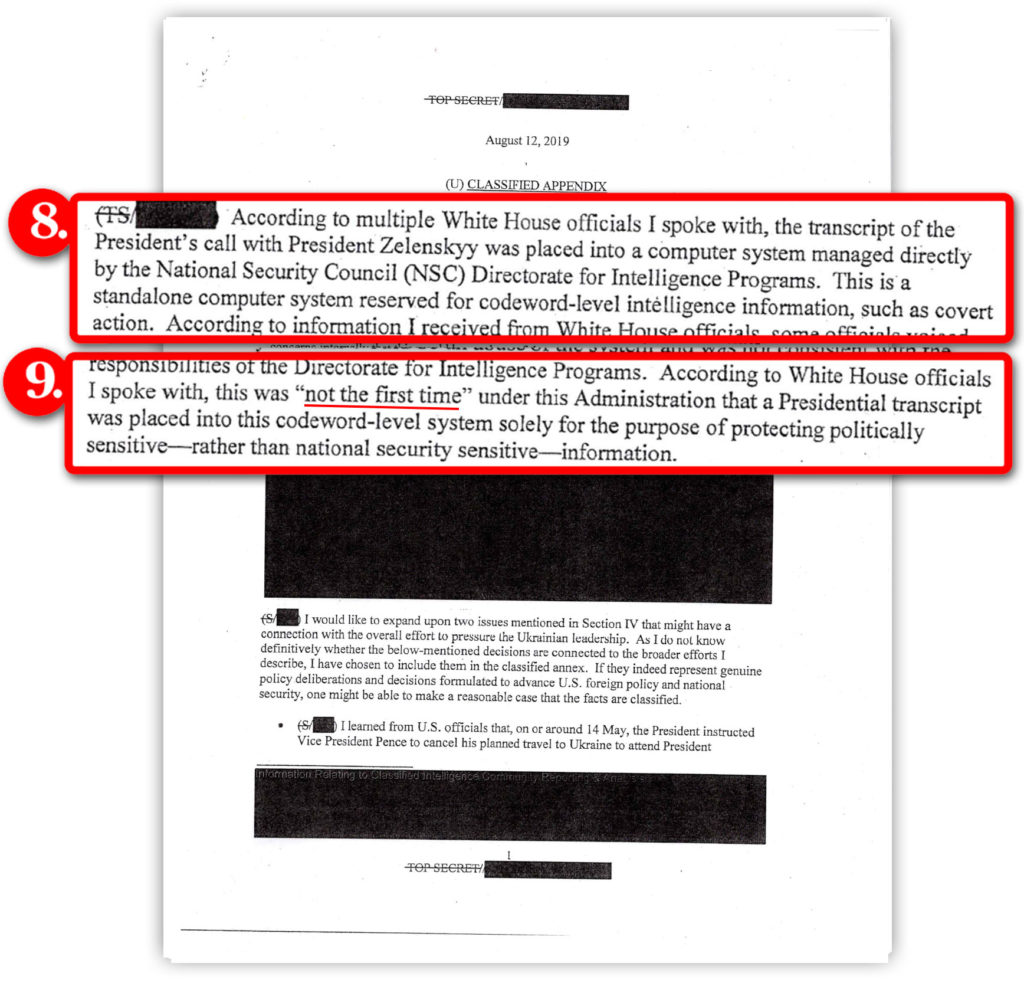 8. The whistleblower is suggesting unusual, and possibly illegal, moves to cover up records on the president’s conversations with the president of Ukraine. Who placed the records in this separate “codeword-level” system? Under whose direction? Why?

9. The whistleblower says this was not the first time the administration has used official national security systems to protect the president for political reasons. But he or she does not detail the other instances. 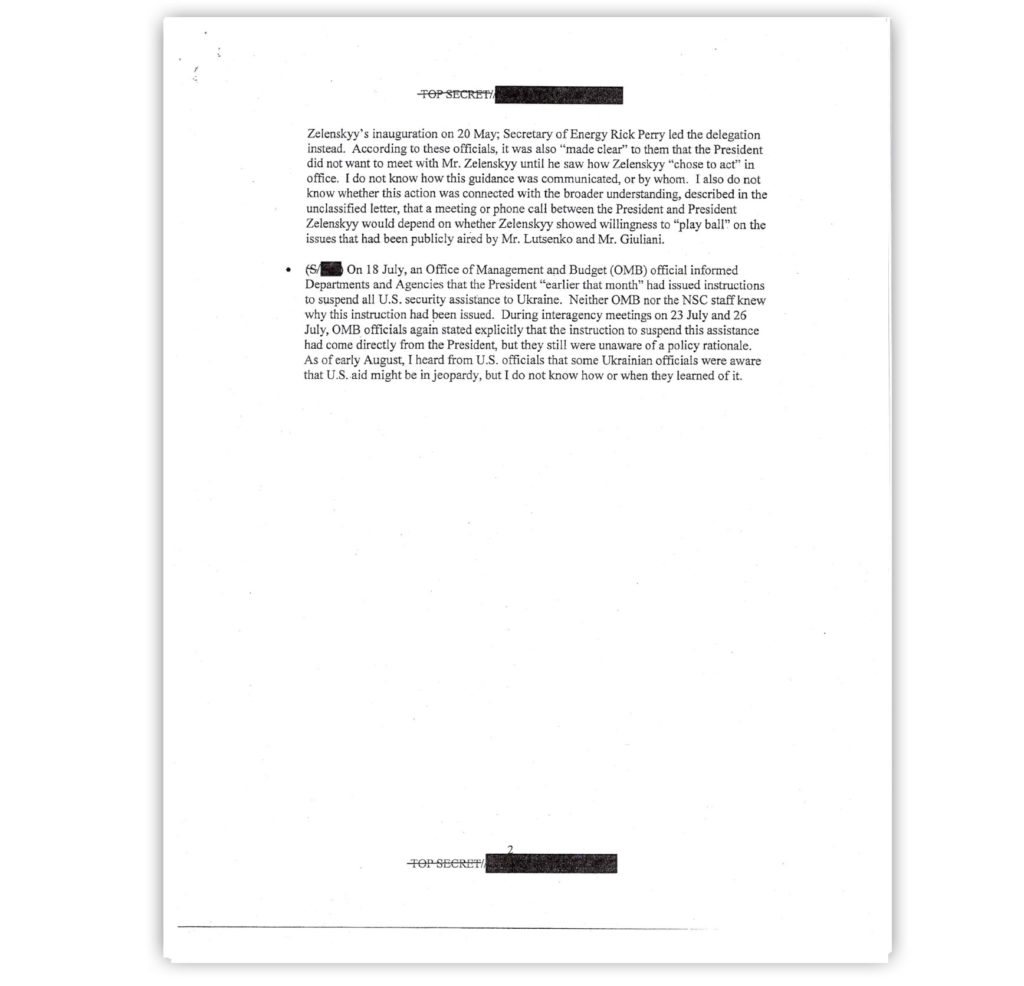 Left: A section of the report from the intelligence community whistleblower to the House Intelligence Committee where the whistleblower refers to an effort to "lock down" records of President Donald Trump's phone call with the president of Ukraine is seen after being released by the committee in Washington. Photo by Jim Bourg/Reuters