In an unprecedented ruling that could have significant ramifications for President Donald Trump, a federal judge Wednesday issued a broad definition of “emoluments,” the legal term at the heart of several lawsuits alleging the president’s profits from his Washington, D.C., hotel are unconstitutional.

The ruling, by Judge Peter Messitte of the U.S. District Court of Maryland, comes in a lawsuit Maryland and the District of Columbia filed against Trump, claiming he violated the emoluments clause that prohibits elected officials from accepting gifts from foreign entities.

The plaintiffs argued foreign leaders are more likely to stay at the Trump International Hotel in Washington, D.C., than at other hotels because they wish to curry favor with the president.As a result, the plaintiffs claim, Trump is benefiting financially, which violates the constitution.

What do the clauses say?

The two clause of the Constitution at issue are the Domestic and Foreign Emoluments Clauses. The domestic emoluments clause says “The President … shall not receive … any other Emolument from the United States” while he is in office besides his salary.

The foreign emoluments clause reads, “no Person holding any Office of Profit or Trust under them, shall, without the Consent of the Congress, accept of any present, Emolument, Office, or Title, of any kind whatever, from any King, Prince or foreign State.”

What the judge said

Messitte ruled that the definition of emoluments is broad and should include any profits, including those gained from private transactions. The opinion did not rule on the merits of the case, but did allow the lawsuit to move forward.

The opinion did not rule on the merits of the case, but did allow the lawsuit to move forward.

“In the Court’s view, the decisive weight of historical evidence supports the conclusion that the common understanding of the term “emolument” during the founding era was that it covered any profit, gain, or advantage, including profits from private transactions,” Messitte wrote in his opinion.

Lawyers for Maryland and D.C. argued the court should use definitions common at the time the Constitution was drafted, which define “emolument” as any “profit,” “gain” or “advantage.”

The president’s attorneys said that definition was too broad and that an emolument is only compensation for “official services.” In their view,emoluments would be payments foreign governments made to the president for the services he provided in his official capacity, not the private-sector dealings through his businesses.

That argument did not convince the judge. 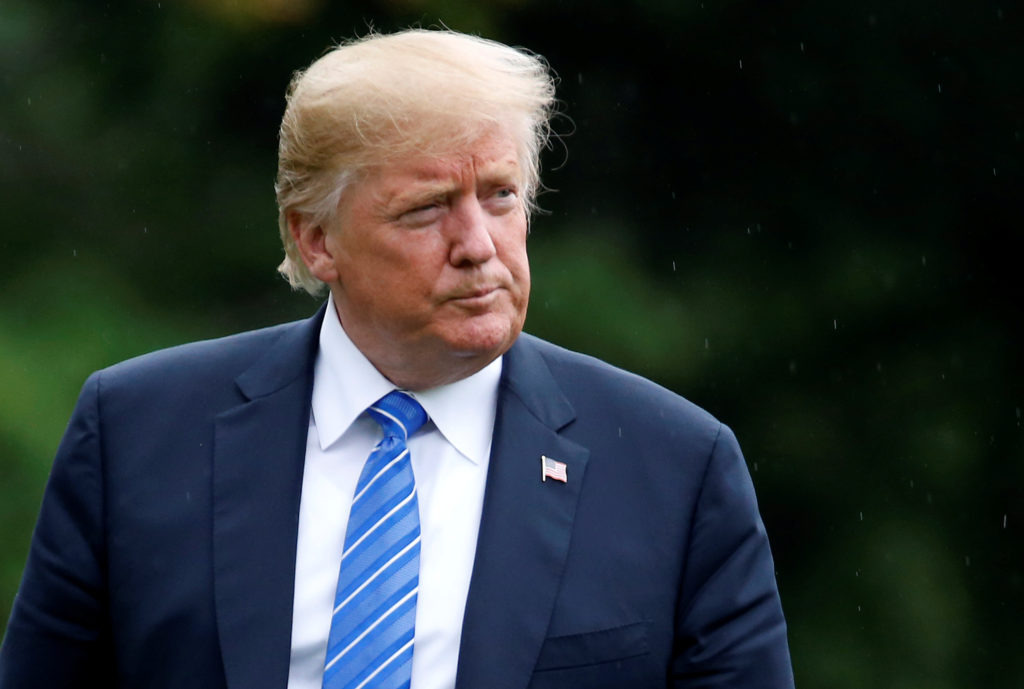 President Donald Trump did not give up ownership of the Trump Organization after taking office, though he did relinquish control of the company to his two adult sons. REUTERS/Joshua Roberts

What the plaintiffs said

District of Columbia Attorney general Karl Racine hailed the ruling as a victory.

“Today’s historic ruling is a substantial step forward to ensure President Trump stops violating our nation’s original anti-corruption laws,” he said in a statement. “The Constitution is clear: the president can’t accept money or other benefits from foreign or domestic governments.”

What the government said

The Department of Justice, which is representing Trump in the case, said it maintains that the case should be dismissed. The lawsuit was filed against Trump as an individual and in his capacity as president.

Justice Department spokesman Andy Reuss said the agency is reviewing the order and “determining next steps to continue vigorously defending the President.”

Until Wednesday, no federal judge had ever ruled on the constitutional definition of emoluments, leaving the intention of the clause up to interpretation.

The previously obscure provision of the Constitution was thrust into the spotlight after Trump, shortly before taking office, announced that he would maintain ownership of the Trump Organization, which opened the D.C. hotel in late 2016. Trump handed control of the company over to his two adult sons and placed his assets into a blind trust. 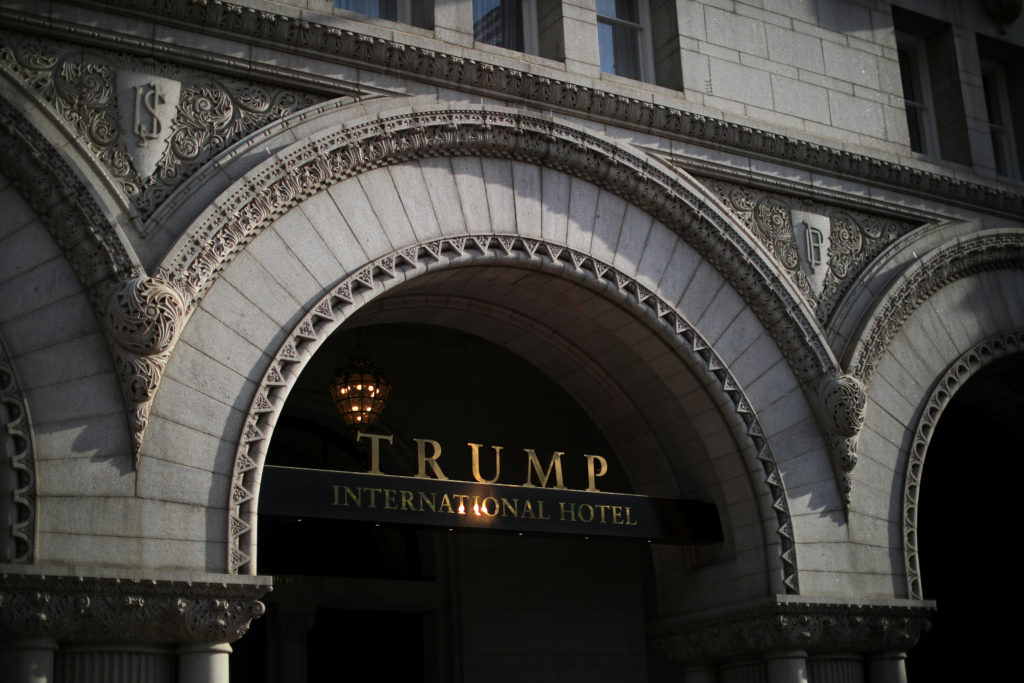 The entrance to the Trump International Hotel in downtown Washington, D.C. The hotel is a few blocks from the White House. Photo by Carlos Barria/Reuters

But ethics experts and watchdog groups have criticized the arrangement, arguing that Trump has continued profiting from his business empire while in office, presenting numerous conflicts of interest. The legal fight over Trump’s business dealings as president has centered on his Washington hotel, which has a high-profile location a few blocks from the White House.

“There are other cases that look at statutes relating to specific government officials, but they don’t really address the particular language in the constitutional clauses. That is why this has been such an intriguing case,” said Georgetown University law professor John Mikhail, who has studied the historical use of the term emolument.

The next step of the process is the discovery phase, where both sides will be begin to collect documents, testimony and other evidence in the case.

The case could drag on for many more months or years and might possibly make its way up to the U.S. Supreme Court.

The final decision likely won’t be handed down for some time. The case could drag on for many more months or years and might possibly make its way up to the U.S. Supreme Court, said Andy Grewal, a law professor at the University Iowa. But for now, Messitte has given the plaintiffs the greenlight, Grewal said.

“The court says there is ample evidence to dig into the operations at the Trump Hotel in D.C.,” Grewal said.

Two other lawsuits are still waiting for a final ruling on whether the plaintiffs in those cases have standing — or the legal authority — to be heard before a court.

If those lawsuits move forward, Mikhail said the judges in those cases could look to Messitte’s definition of emoluments, although they are not bound by the ruling.

“I’m sure Judge Messitte was cognisant that he had the first public crack at this and he wrote an opinion that he hopes will hold up on appeal,” Mikhail said.

Left: The Trump International Hotel has become the center of controversy in lawsuits against President Trump. Photo By Gary Cameron/Reuters