WASHINGTON — When President Donald Trump talks about the masses of Central Americans trying to get into the U.S., he describes a horde of beefy men with ill intent, “some of the roughest people you’ve ever seen,” and mocks them for acting like frightened babies so soft-hearted Americans will take them in.

Figures from his own administration tell a different story: Those coming are increasingly families and children. Among them are thousands who get a chance for a life in America because they make a compelling case that they risk persecution in their home countries.

Lately, Trump has settled on the bad-dude image of a martial-arts fighter to be the face of those migrants. “How stupid can we be to put up with this?” Trump marveled in a speech to a Jewish Republican group Saturday. “The asylum program is a scam.” That apocryphal fighter has been showing up repeatedly lately in Trump’s rhetoric of disdain. 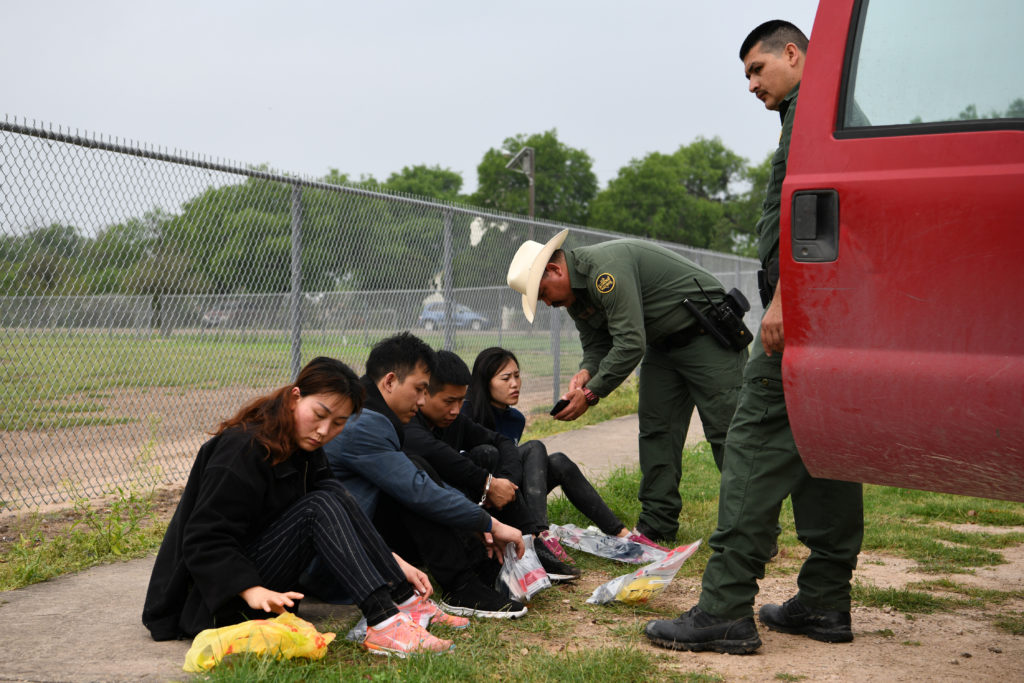 From his remarks Saturday:

TRUMP, on asylum seekers: “People that look like they should be fighting for the UFC (Ultimate Fighting Championship). They read a little page given by lawyers that are all over the place,” coaching them to say “I am very fearful for my life. I am very worried that I will be accosted if I’m sent back home.” Trump then mocks immigration judges or other officials: “Oh, give him asylum. He’s afraid. He’s afraid.” And he adds: “We don’t love the fact that he’s got tattoos on his face. That’s not a good sign.”

THE FACTS: The migrants he plays for laughs don’t fit that profile. The current surge of migrants from Central America to the U.S. border is characterized by large numbers of families. In several years previously, unaccompanied children made up the majority of Central Americans seeking asylum at the border.

Last month, Homeland Security’s immigration statistics office released its latest annual report on the flow of asylum seekers and refugees, covering 2017. Among those who came from Guatemala, El Salvador and Honduras and applied for asylum at the border, 56 percent were unaccompanied children. The percentage was the same the year before and higher in 2015. 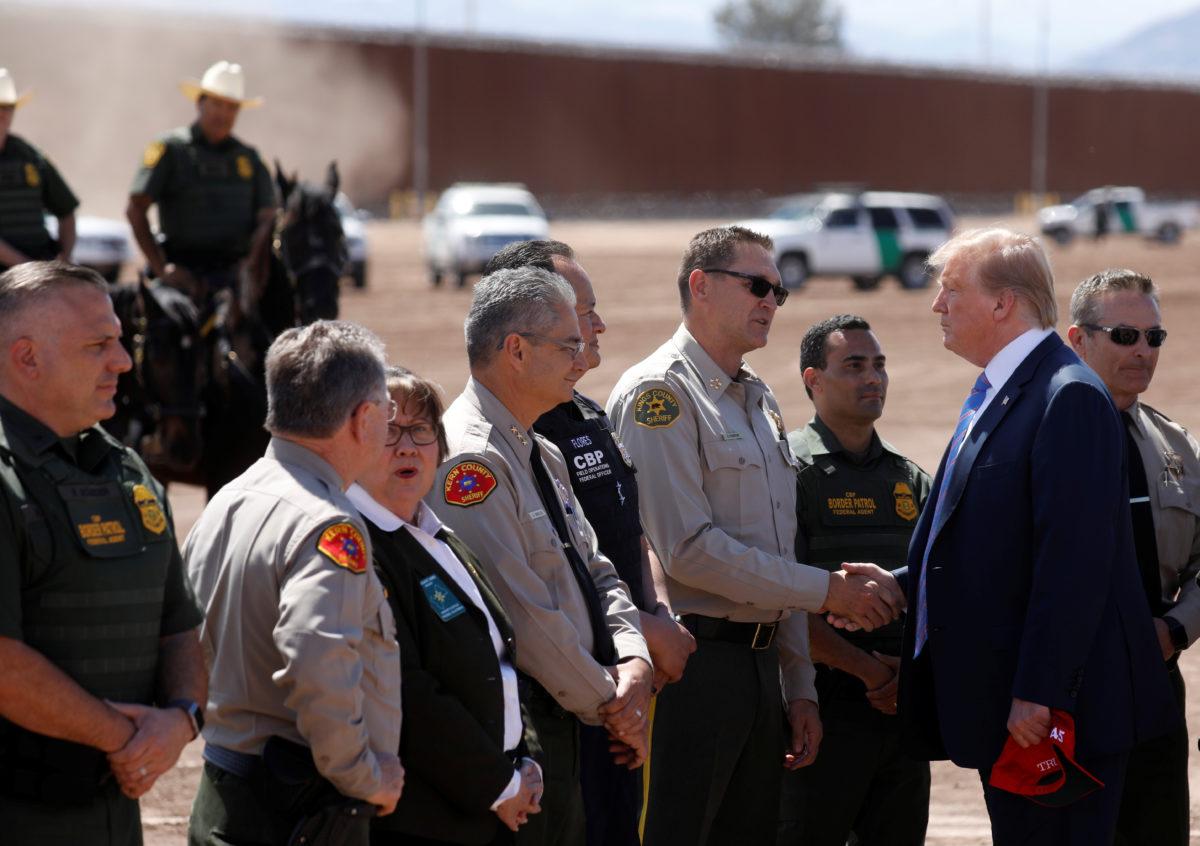 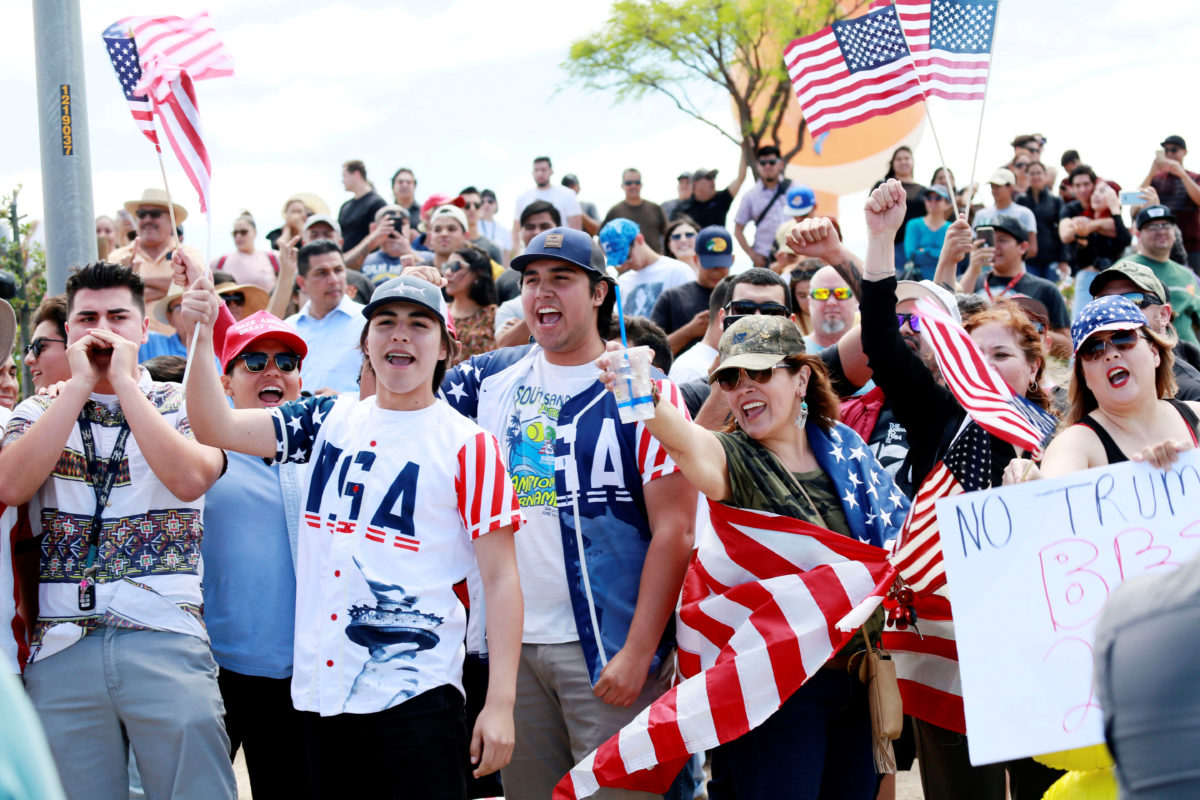 Altogether, Homeland Security granted the asylum applications of more than 26,500 people in 2017. Almost one-third were children. Nearly half were women. Close to two-thirds were married.

Additionally, the Justice Department granted asylum to more than 10,500 people who were already in the country and made their case for refuge in their deportation hearings.

In total, the leading countries of nationality for people granted asylum were China, El Salvador and Guatemala.

TRUMP: “If they put one foot on our territory, if they start climbing a fence and they’re on the Mexico side, welcome to the United States. Think of it. It’s the craziest thing.”

THE FACTS: It’s not that simple. What is lost in Trump’s rhetoric is that it is legal to come to the border and ask for asylum. As for those who sneak illegally into the U.S. and get caught, they, too, are entitled to apply for asylum.

As the Homeland Security report states: “Generally, any foreign national present in the United States or arriving at a POE (port of entry) may seek asylum regardless of immigration status.”

Whether they ask at the border or after being caught inside the U.S., most don’t get it.

People are defined as asylum seekers when they come to the border and ask to come in or when they make that request while already inside the U.S. People who are not near or in the U.S. and want to gain admission on humanitarian grounds are considered refugees. Generally, they are people who are living outside their home countries, such as in refugee camps.

The U.S. admitted 53,691 refugees in 2017. That was a drop of 37%, attributed to increased security vetting. About 43% were children and women slightly outnumbered men. Among the adults, 62% were married. 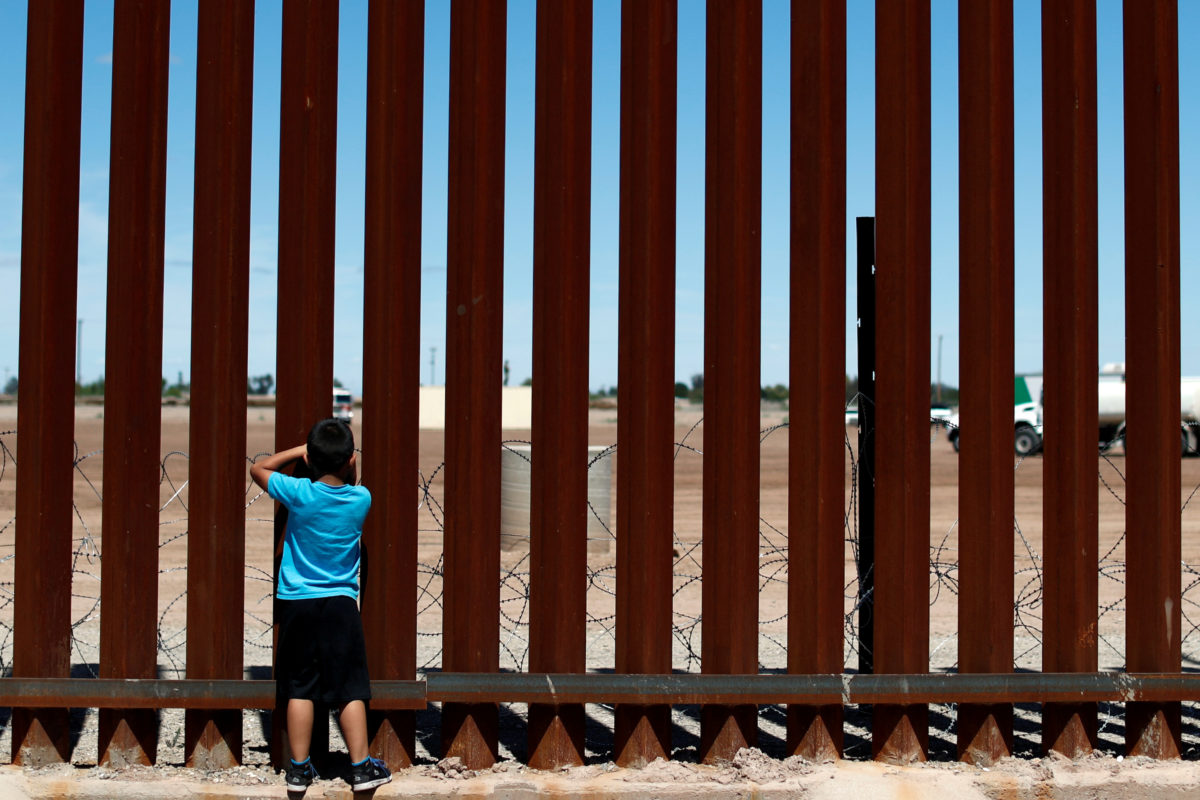 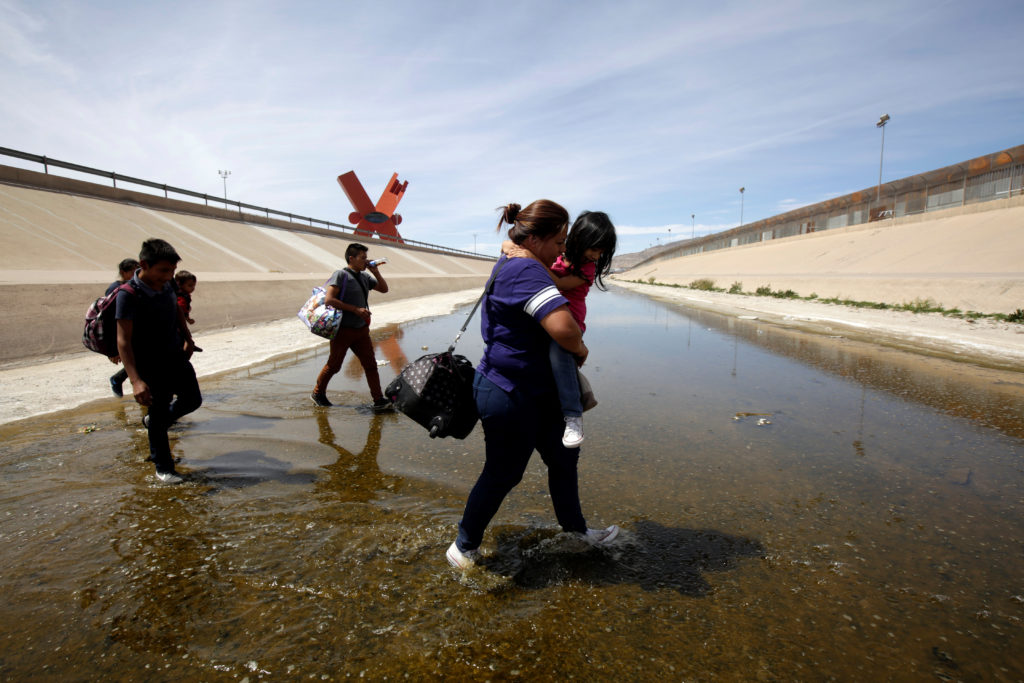 Migrants from Central America are seen at the Rio Bravo while crossing illegally to turn themselves in to request asylum to U.S. Customs and Border Protection (CBP) officials in El Paso, Texas, United States, in this picture taken from Ciudad Juarez, Mexico April 2, 2019. Photo by Jose Luis Gonzalez/Reuters

THE FACTS: This is one of Trump’s favorite fictions — the notion that other countries place their troublesome citizens in a U.S. visa lottery hoping they’ll win and move to the U.S. He adds to the false story by attributing the program to Democrats only. The diversity visa lottery program was signed into law by Republican President George H.W. Bush in 1990 and had broad bipartisan support.

Under the program, citizens of countries named by the U.S. can bid for visas if they have enough education or work experience in desired fields. Out of that pool of qualified applicants, the State Department randomly selects a much smaller pool of tentative winners. Not all winners will have visas approved because they still must compete for a smaller number of slots by getting their applications in quickly. Those who are ultimately offered visas still need to go through background checks, like other immigrants.

Left: Central American migrants turn themselves in to U.S. Border Patrol as they seek asylum after illegally crossing the Rio Grande near Penitas, Texas, on April 6, 2019. Photo by Loren Elliott/Reuters