WASHINGTON — President Donald Trump stretched the truth on various fronts at his Wisconsin rally and in weekend remarks, asserting that an immigration plan to send migrants illegally in the country to sanctuary cities had begun when it hadn’t.

He also claimed credit for jobs he didn’t create, exaggerated his record on health care and spread untruths about the Russia investigation.

A look at the rhetoric and the reality: 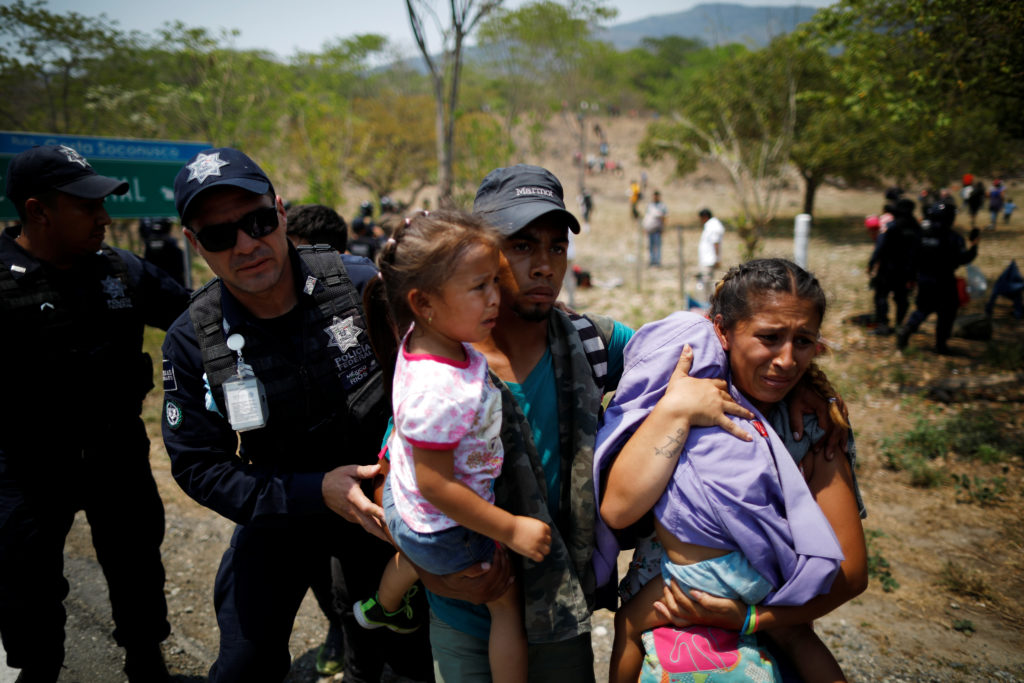 A family of Central American migrants is detained by Federal Police during a raid on their journey toward the United States, in Pijijiapan, Mexico, on April 22, 2019. Photo by REUTERS/Jose Cabezas

TRUMP: “Last month alone, 100,000 illegal immigrants arrived in our borders, placing a massive strain on communities and schools and hospitals and public resources, like nobody’s ever seen before. Now we’re sending many of them to sanctuary cities. Thank you very much. … I’m proud to tell you that was my sick idea.” — Green Bay, Wisconsin, rally Saturday.

THE FACTS: There’s no evidence that the Trump administration has begun to send the migrants to sanctuary cities en masse . He proposed the idea in part to punish Democratic congressional foes for inaction on the border, but Homeland Security officials rejected the plan as unworkable.

Trump said this month he was “strongly considering” the proposal, hours after White House and Homeland Security officials had insisted the idea had been eschewed twice.

“Sanctuary cities” are places where local authorities do not cooperate with immigration officials, denying information or resources that would help them round up for deportation people living in the country illegally.

There were no indications federal officials were taking any steps to move forward with the idea or considered the president’s words anything more than bluster. His words to the Wisconsin crowd, suggesting his “sick idea” was in motion, appeared to be no more than that.

People with knowledge of the discussions say White House staff discussed the idea with the Department of Homeland Security in November and February but it was judged too costly and a misuse of money. The people were not authorized to speak publicly and spoke on condition of anonymity. 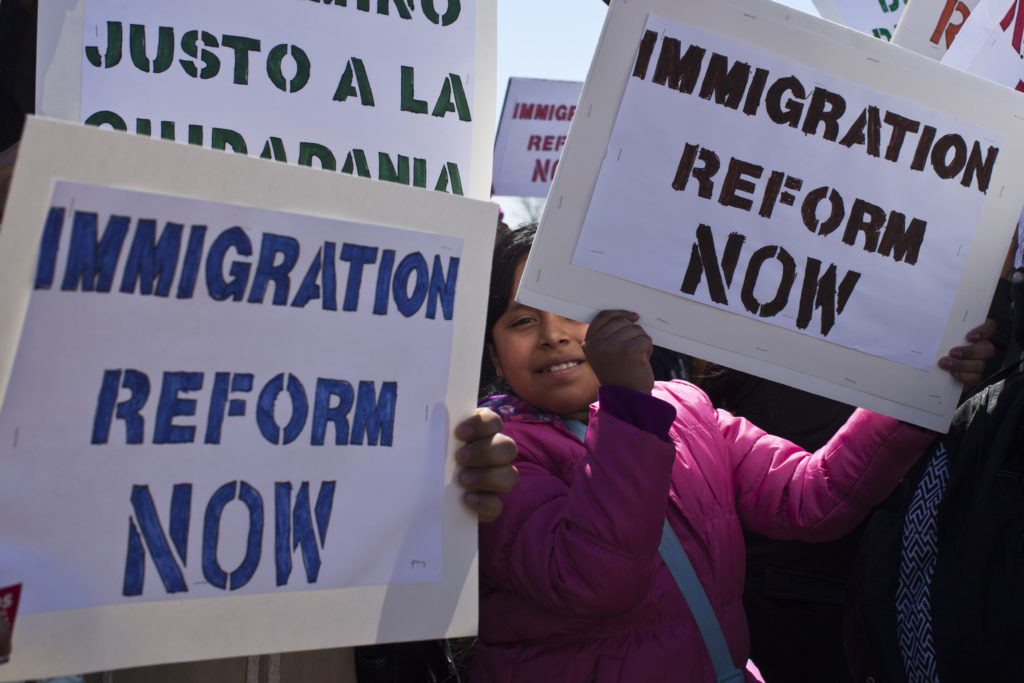 A girl holds up a banner while people take part in a rally to demand that Congress fix the broken immigration system at Liberty State Park in Jersey City, New Jersey, April 6, 2013. As the wrangling over immigration reform intensifies in the U.S. Congress, the tech industry is lobbying hard to raise the limit on H-1B visas, which allow non-U.S. citizens with advanced skills and degrees in “specialty occupations” to work in the country for up to six years. Photo by Eduardo Munoz/ Reuters

TRUMP: “We have companies pouring in. The problem is we need workers.” — Fox Business interview Sunday.

THE FACTS: His position is a flip from earlier this month, when he declared the U.S. to be “full” in light of the overwhelmed southern border.

His April 7 tweet threatened to shut down the border unless Mexico apprehended all immigrants who crossed illegally. But it turns out the U.S. is only “full” in terms of the people Trump doesn’t want.

Immigrants as a whole make up a greater percentage of the total U.S. population than they did back in 1970, having grown from less than 5 percent of the population to more than 13 percent now. In 2030, it’s projected that immigrants will become the primary driver for U.S. population growth, overtaking U.S. births. 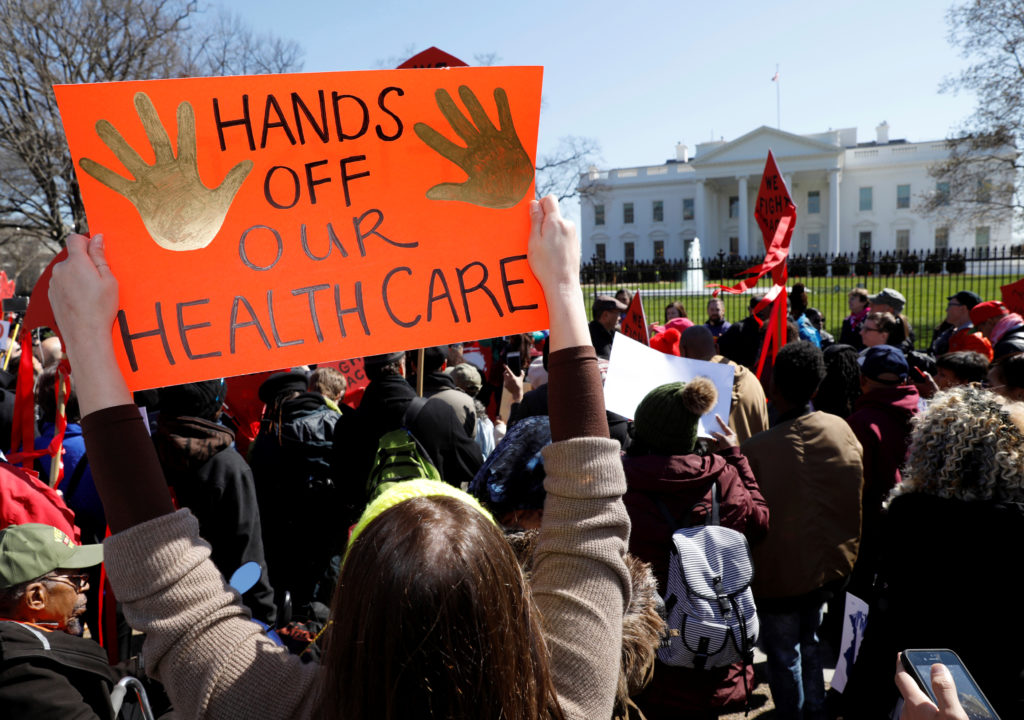 Protesters demonstrate against U.S. President Donald Trump and his plans to end Obamacare outside the White House in Washington, U.S., March 23, 2017. Photo by Kevin Lamarque/ Reuters

THE FACTS: He’s not protecting health coverage for patients with pre-existing medical conditions. The Trump administration instead is pressing in court for full repeal of the Affordable Care Act — including provisions that protect people with pre-existing conditions from health insurance discrimination.

Trump and other Republicans say they’ll have a plan to preserve those safeguards, but the White House has provided no details.

Former President Barack Obama’s health care law requires insurers to take all applicants, regardless of medical history, and patients with health problems pay the same standard premiums as healthy ones. Bills supported in 2017 by Trump and congressional Republicans to repeal the law could undermine protections by pushing up costs for people with pre-existing conditions.

A recent poll by the Associated Press-NORC Center for Public Affairs Research found that Democrats enjoy a 17 percentage point advantage over Republicans in Americans’ assessments of whom they trust more to handle health care, 40% to 23%. That compares with a public more evenly divided over which party would better handle several other major areas of national policy, including the economy, immigration and foreign affairs. 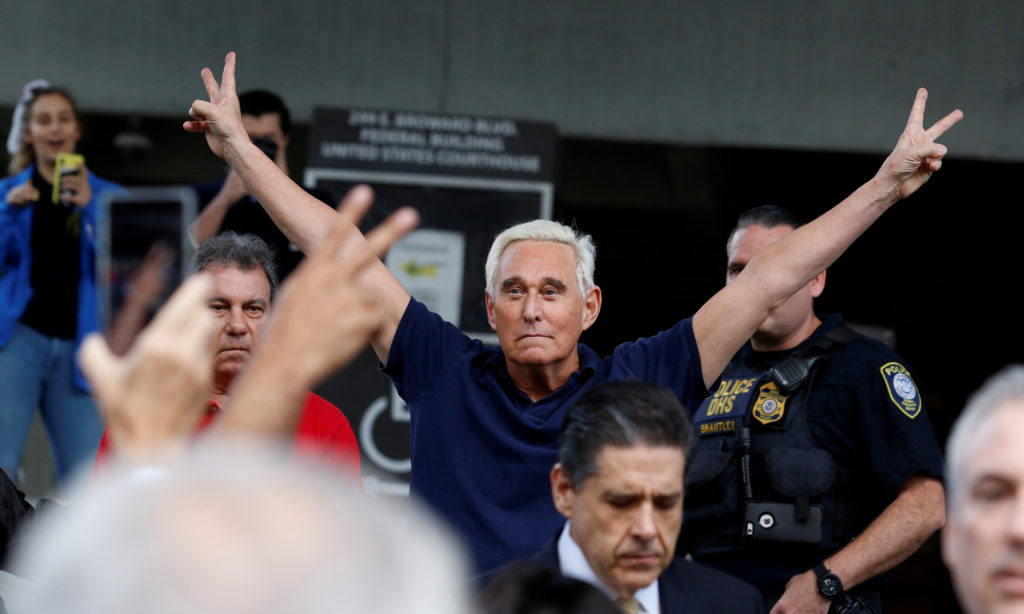 Roger Stone reacts as he walks to microphones after his appearance at Federal Court in Fort Lauderdale, Florida, U.S., January 25, 2019. Photo by Joe Skipper/ Reuters

THE FACTS: A two-year investigation that produced guilty pleas, convictions and criminal charges against Russian intelligence officers and others with ties to the Kremlin, as well as Trump associates, is demonstrably not a hoax.

All told, Mueller charged 34 people, including the president’s former campaign chairman, Paul Manafort; his first national security adviser, Michael Flynn; and three Russian companies. Twenty-five Russians were indicted on charges related to election interference, accused either of hacking Democratic email accounts during the campaign or of orchestrating a social media campaign that spread disinformation on the internet.

Five Trump aides pleaded guilty and agreed to cooperate with Mueller and a sixth, longtime confidant Roger Stone, is awaiting trial on charges that he lied to Congress and engaged in witness tampering.

Mueller’s report concluded that Russian interference in the 2016 presidential election was “sweeping and systematic.” Ultimately, it cleared Trump of criminal conspiracy with the Russians but did not render judgment on whether Trump obstructed justice, saying his investigators found evidence on both sides. 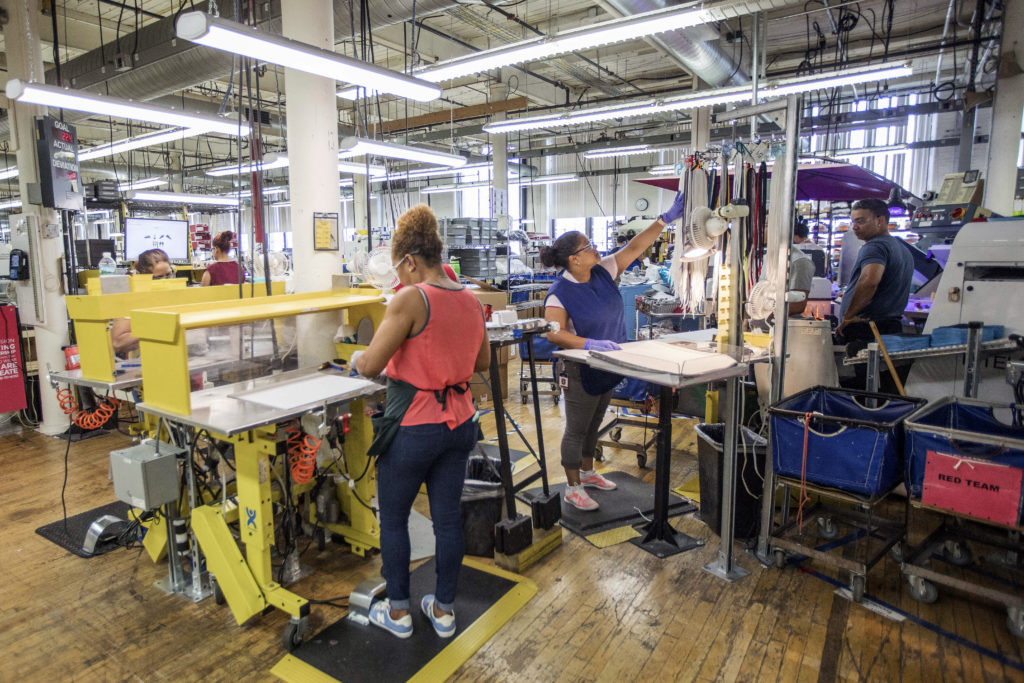 TRUMP: “Since the election, we have created more than 6 million new jobs. Nobody would have believed that. … 600,000 manufacturing jobs.” — Wisconsin rally.

THE FACTS: The record is not all his, and it’s not remarkable.

By counting since the election, he’s taking credit for jobs created in the last months of the Obama administration. The country has added 453,000 manufacturing jobs, not 600,000, since Trump took office.