The attorney general sent a letter Friday to Sen. Lindsey Graham and Rep. Jerrold Nadler, the chairmen of the Senate and House Judiciary Committees.

Barr says he wants the public to be able to read Mueller’s findings. He says Mueller’s report is nearly 400 pages long.

Barr’s summary of Mueller’s report said it didn’t find a criminal conspiracy between Russia and Donald Trump’s campaign to swing the 2016 presidential election.

Mueller reached no conclusion about whether Trump sought to obstruct the investigation. But Barr said he and Deputy Attorney General Rod Rosenstein determined there was insufficient evidence to conclude Trump obstructed justice.

Read Barr’s full letter by clicking the image below. 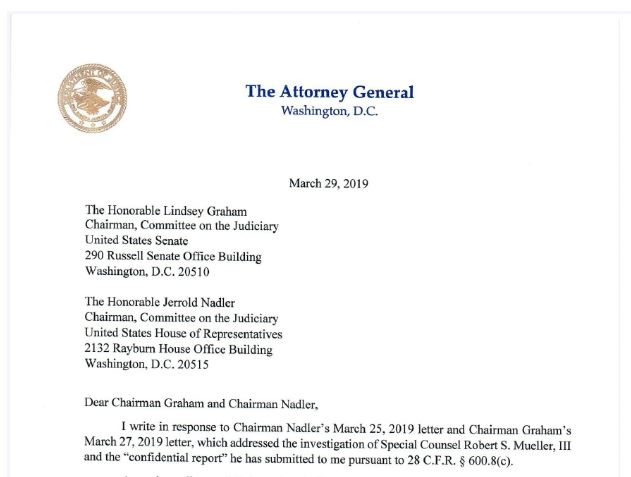