Our colliding ideals: What I saw in Selma

The Cornerstone Presbyterian Church on Broad Street threw open its doors for weary marchers to rest. Lamp posts were decorated with posters and banners hailing the jubilee weekend. New landscaping had been installed on downtown street corners. On the day before the president arrived, buildings along the parade route were still being painted.

This was the part of Selma that anxiously awaited the arrival of what officials predicted would be 20,000 visitors for the 50th anniversary of the “Bloody Sunday” civil rights march that galvanized the movement for voting rights and provided inspiration for an Oscar-nominated film. More than 100,000 showed up. 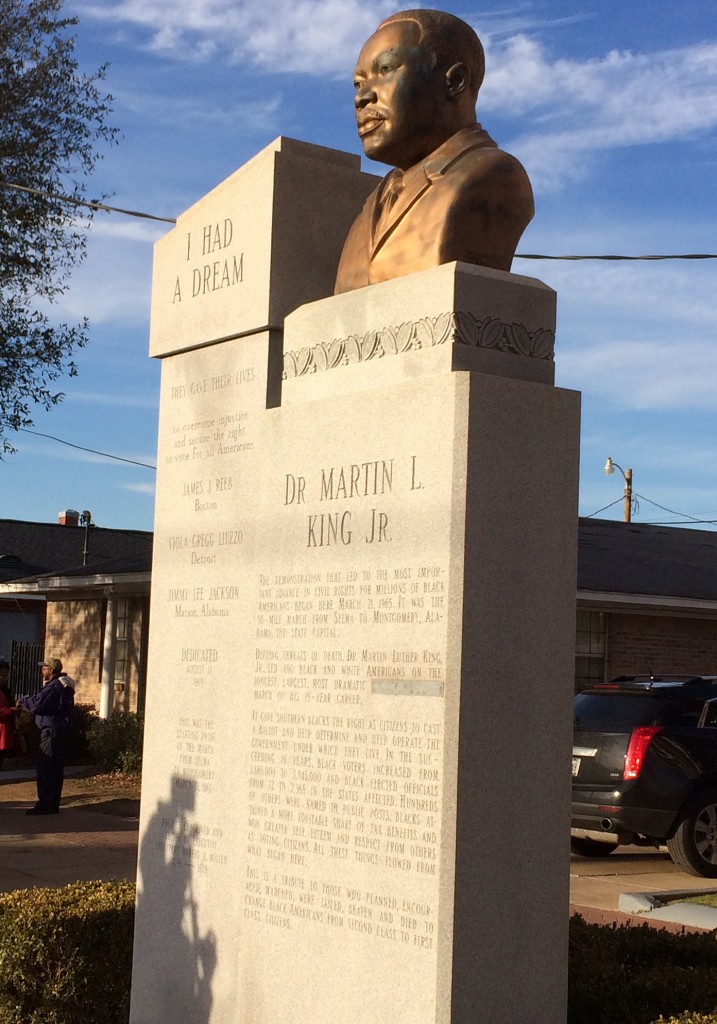 There’s nothing wrong with cleaning up the place a bit before company comes. But in the case of the Selma anniversary, a fresh coat of paint could scarcely conceal the cracks in the foundation.

In some cases this was literal — houses that leaned to the side as residents watched from their front porches as the out of towners streamed past, parking haphazardly on lawns, vacant lots and in ditches. Hundreds of people spilled onto the streets for Sunday service outside Brown Chapel AME Church — where much of the 1965 march was organized. People lined up to take selfies in front of a bust of Martin Luther King Jr. Less famous congregations worshipped quietly, and with much less fanfare, nearby.

New, but quickly-dying, sod was laid at George Washington Carver Homes across the street, the low-slung public housing project where many of the marchers lived. Housing Secretary Julian Castro even dropped by.

About a mile away from all the hubbub, the all-white Selma Country Club was eerily quiet on a 70-degree day, a security guard posted at the entrance. 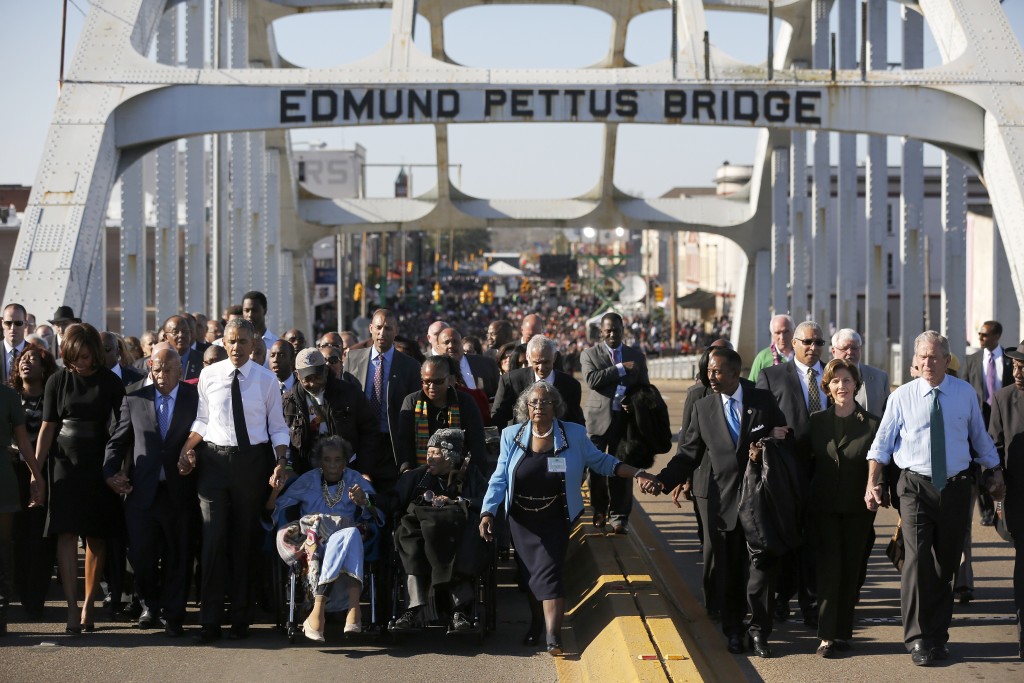 Meanwhile, at the base of the Edmund Pettus Bridge (named in honor of a former Ku Klux Klan grand dragon), President Obama embraced Congressman John Lewis, who helped lead the 1965 march. A battalion of photographers — shooting backward from a slow rolling open air truck, captured every step as Mr. Obama linked hands in a front line that included his wife, daughters, civil rights leaders and former President George W. Bush.

Selma this weekend was awash in contradictions.

People from almost every conceivable race, color creed and political orientation gathered for a common cause that did not involve a new Apple gadget.
Behind the scenes, a furious feud was underway between the Alabama-based jubilee organizers who normally lead the annual commemoration, and the Faith and Politics Institute, a D.C.-based group that leads civil rights pilgrimages and brought the President to town.

The goal was for there to be a single sanctioned Sunday march, but local organizers were no match for what it takes to bring the president and 100 members of Congress to town. Security trumps all. 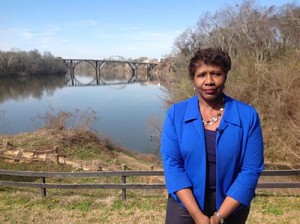 So in the end, the defining photograph of the weekend was the president walking across the bridge. By the time the jubilee march got underway on Sunday, so many people packed the bridge that they were unable to move, let alone march. The church service at Brown Chapel showcased so many speakers, including Attorney General Eric Holder, and went on so long that many in attendance never actually made it to the bridge.

There were hurt feelings, those who complained that their claim to history was being hijacked by outsiders.

But this was not true. In a time where we are often so eager to rush past our history on the way to something else, it was still an amazing weekend. People from almost every conceivable race, color creed and political orientation gathered for a common cause that did not involve a new Apple gadget. And everywhere I went, there was good cheer and genuine pleasure at the simple act of being there.

We should not be surprised that moments like this breed some conflict. We are a nation that has come so far, even while leaving the poorest of the poor marginalized. We embrace the notion of equal justice by day, even as the news of yet another police-involved shooting turns our young people into protesters by night.

We are a nation that was born and bred in conflict. But at least now — at least this weekend, we were engaged in a common cause to use conflict as a path toward a community ideal.

That’s what I saw in Selma.