COLUMBIA, S.C. — For I.S. Leevy Johnson, the Democrats’ search for a challenger to take on President Donald Trump is personal.

“There is what I call an ‘ABT mood’ in the black community: Anybody but Trump,” said the 77-year-old who was the first black graduate of the University of South Carolina’s law school. “It has people of color very motivated and excited about voting this time because they know how his administration has adversely affected them.”

Now, as the election calendar turns to Nevada and South Carolina, states with substantial minority populations, that “anybody” moves closer to being identified. But the next stage in the nominating fight will test candidates such as Sens. Bernie Sanders of Vermont and Amy Klobuchar of Minnesota, and Pete Buttigieg, the former mayor of South Bend, Indiana. Their success thus far has come in front of overwhelmingly white electorates in Iowa and New Hampshire.

It’s also a potential last comeback opportunity for former Vice President Joe Biden. He finished poorly in those first two contests but argues he has durable support among the minority voters who will soon make their choices.

Nevada’s caucuses are this coming Saturday and will feature a growing population of Latinos, African Americans, Asian Americans and Pacific Islanders. Yet no single place in the early going is as important as South Carolina. Up to two-thirds of voters in the Feb. 29 primary could be African American. Biden, more than any other candidate, must show he can win their allegiance. 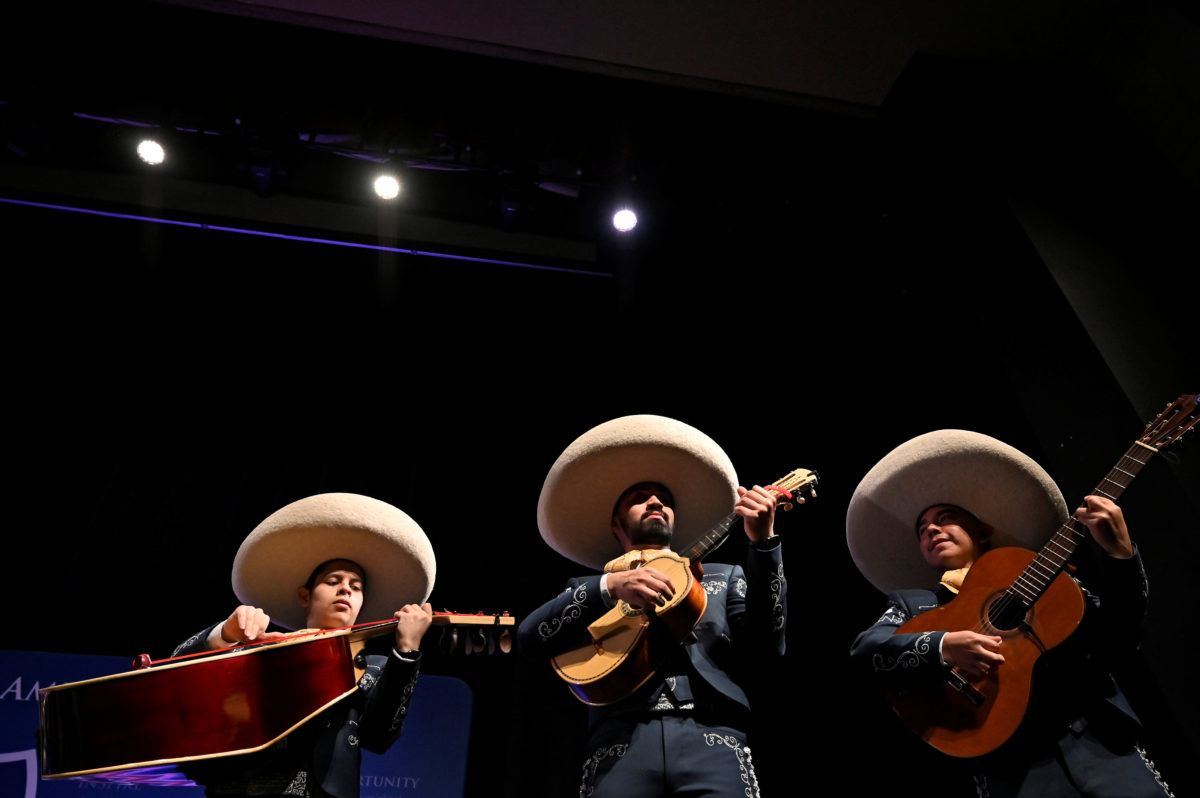 One candidate who will not be tested in Nevada or South Carolina is Mike Bloomberg, the former New York mayor and billionaire owner of a financial services and media empire. Bloomberg has spent heavily from his personal fortune in states with sizable minority populations that will vote in the March 3 primaries. The Super Tuesday contests are the first where his name will appear on the ballot.

It adds up to a muddled field that lacks clarity even after Iowa and New Hampshire had their turns., Moderates have splintered their votes and created space for Sanders, a self-described democratic socialist, to take on the mantle of a front-runner without having reached 30% in either of the first two voting states.

That intensifies the spotlight as minority voters in Nevada and South Carolina in trying to clarify the party’s search for “anybody” to match against Trump.

“The system is garbage,” said Jason Johnson, a professor at Morgan State University and a high-profile African American political commentator. He argued that the primary calendar should immediately subject candidates not just to racial and ethnic diversity but also regional and ideological differences, and the full city-to-farm spectrum. “I’m not sure this process actually can identify the strongest candidate to defeat Donald Trump,” he said.

Jason Johnson said he doesn’t blame the candidates because they are merely reacting to a process “that harms everybody.” But I.S. Leevy Johnson, the South Carolina businessman and lawyer, said it too easily makes key constituencies in the party an afterthought. “People of color are tired of these promises that candidates are going to do things, and when they make those promises, when they get elected, they don’t perform,” he said.

Even belatedly, the remaining candidates certainly are trying.

Sanders fell short in 2016 to Hillary Clinton for the nomination in no small part because of his struggles to attract older nonwhite voters. For 2020, he has hired as a senior adviser one of the top Latino strategists in the party, Chuck Rocha. Sanders’ lead surrogates include Nina Turner, a former Virginia state lawmaker and leading black progressive, and U.S. Rep. Alexandria Ocasio-Cortez of New York, the young progressive icon. Sanders’ campaign, buoyed by strong grassroots fundraising, has invested heavily in social media and radio advertising targeting black and Latino audiences, including stations on Spotify and Pandora.

But Biden has embraced South Carolina especially, even skipping out on his New Hampshire primary night party last Tuesday for a hastily arranged event in Columbia, the South Carolina capital.

Biden is banking on voters such as Jean Hopkins, an 88-year-old retired nurse, who came to hear him. “You’ll lose some but you may gain more,” she said of his losses in Iowa and New Hampshire. “And he’s not going to stop. … He needs our help.”

Biden and Sanders lead in endorsements from members of South Carolina’s Legislative Black Caucus. Biden also promotes a network of black religious leaders who back his candidacy. But he’s facing a push from California billionaire Tom Steyer, who has spent considerable sums on advertising in South Carolina.

“We are really serious about South Carolina. We are really serious about Nevada,” Steyer said on CBS’ “Face the Nation” on Sunday. He said those states “reflect the kind of diversity that is America and that is the Democratic Party. And I think whoever is going to be the candidate has got to be able to show that he or she can pull together that diverse big tent that is the Democratic Party.”

In Nevada, Biden has the backing of the state’s lone black congressman, Steven Horsford, and Dina Titus, who represents the diverse Las Vegas-based district.

But there’s a wild card in South Carolina.

U.S. Rep. Jim Clyburn, the highest-ranking black member of Congress, is close to Biden but hasn’t said whether he will endorse at all. Clyburn is the rare political figure whose public blessing could matter to voters.

“I think that we’re going to have a real spirited contest,” Clyburn told CBS’ “Face the Nation” on Sunday. He said Steyer was ”doing an incredible job. … Money makes a difference. Steyer has it. He’s been spending it. And he’s reaping the rewards.” Clyburn added that Buttigieg is doing “very good” and Biden “is leading among African-American voters in South Carolina by a wide margin.”

Buttigieg is dispatching minority surrogates such as Mayor Quentin Hart of Waterloo, Iowa, and former Iowa state Rep. Deborah Berry. Bloomberg, in the same week he spent confronting criticism of his record on race, launched a “Mike for Black America” effort alongside black endorsers including Muriel Bowser, the mayor of Washington, D.C.

The chairman of the Texas Democratic Party, Gilberto Hinojosa, whose state is among the biggest delegate prizes on Super Tuesday, praised all the remaining candidates. But he lamented that several minority candidates, including some political heavyweights, were forced from the field either before voting began or after the first two contest. Among them: Julian Castro, a former Obama Cabinet secretary; Kamala Harris, a California senator; Cory Booker, a New Jersey senator; and Deval Patrick, a former Massachusetts governor.

In South Carolina, I.S. Leevy Johnson offered similar laments, noting that he had supported Harris and now must hope a white nominee selects her or another person of color as the vice presidential nominee. Regardless, Johnson projected optimism.

“I just don’t think people should misinterpret the impact of those two outcomes” in Iowa and New Hampshire, he said. Now, he said, the “sleeping giant” of nonwhite voters can emerge. “If the giant rises up and goes to battle in November, someone opposing Trump will be victorious.”

Left: Supporters of Democratic U.S. presidential candidate and former Vice President Joe Biden listen to him speak at a campaign rally on the night of the New Hampshire primary in Columbia, South Carolina, U.S., February 11, 2020. Photo by Randall Hill/Reuters.