WASHINGTON — Kamala Harris endorsed Joe Biden on Sunday and said she would “do everything in my power” to help elect him, becoming the latest dropout from the Democratic race for president to line up behind the former vice president in his battle with Bernie Sanders for the nomination.

The decision by the California senator who was one of three black candidates seeking to challenge President Donald Trump further solidifies the Democratic establishment’s move to close circles around Biden after his Super Tuesday success. Her endorsements comes before the next round of primaries, with six states voting Tuesday, including Michigan.

Sanders, a Vermont senator, countered with his own major endorsement on Sunday, announcing that civil rights icon Jesse Jackson was formally backing him.

Jackson was appearing with Sanders during a campaign stop in Grand Rapids, Michigan, and planned to say that Biden had not reached out to him for endorsement and Sanders had. He says he chose Sanders after the senator’s campaign offered responses on 13 issues Jackson raised, including protecting voting rights, increasing funding for historically black colleges and universities and committing to putting African Americans on the Supreme Court, according to prepared remarks released by the campaign. 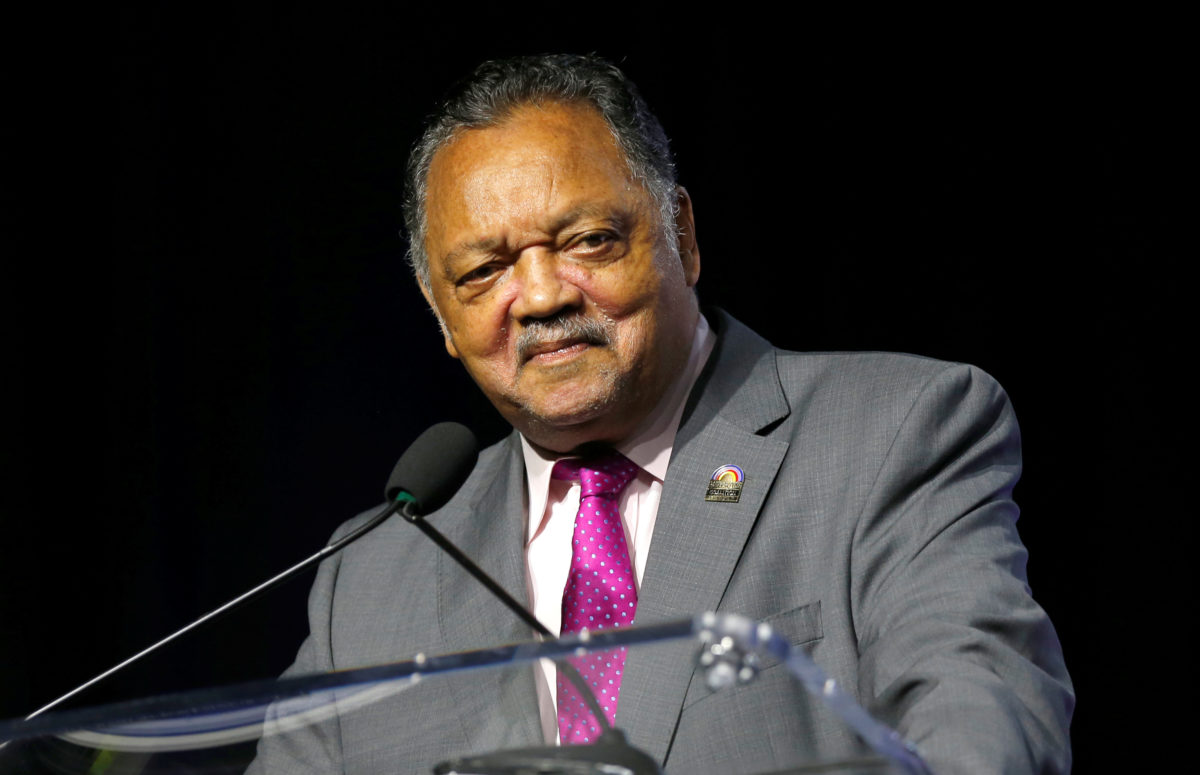 Civil rights activist Reverend Jesse Jackson addresses the audience during the Presidential candidate forum at the annual convention of the National Association for the Advancement of Colored People (NAACP), in Detroit, Michigan, U.S., July 24, 2019. Photo by Rebecca Cook/Reuters.

In a statement on Biden, meanwhile, Harris said, “There is no one better prepared than Joe to steer our nation through these turbulent times, and restore truth, honor, and decency to the Oval Office.”

“He is kind and endlessly caring, and he truly listens to the American people,” her statement added.

Harris said the United States “is at an inflection point. And the decision voters make this November will shape the country and the world our children and grandchildren will grow up in. I believe in Joe Biden.”

Harris withdrew from the race in December, ending a candidacy with the historic potential of becoming the first black woman elected president. The former California attorney general was seen as a candidate poised to attract the multiracial coalition of voters that sent Barack Obama to the White House. But she ultimately could not craft a message that resonated with voters or secure the money to continue her run.

Biden and Sanders, two white men in their 70s, are now the front-runners for the nomination in what was once a field of candidates that includes several woman and much younger politicians.

Harris said in her statement that “like many women, I watched with sadness as women exited the race one by one.” Four years after Hillary Clinton was the party’s nominee, “we find ourselves without any woman on a path to be the Democratic nominee for president.”

“This is something we must reckon with and it is something I will have more to say about in the future,” she said. “But we must rise to unite the party and country behind a candidate who reflects the decency and dignity of the American people and who can ultimately defeat Donald Trump.”

Biden on Friday won the endorsement of former Massachusetts Gov. Deval Patrick, who was one of the black candidates for the nomination. New Jersey Sen. Cory Booker hasn’t made a public endorsement yet.

Black voters have anchored Biden’s comeback since disappointing finishes in overwhelmingly white Iowa and New Hampshire in early contests that put his campaign on the brink of collapse.

Left: Sen. Kamala Harris launches her campaign for president of the United States at a rally at Frank H. Ogawa Plaza in her hometown of Oakland, California. Photo by Elijah Nouvelage/Reuters