Addressing the effects of the coronavirus pandemic on education will be among some of the most urgent issues facing President-elect Joe Biden when he takes office.

Biden’s long list of stated education priorities include undoing the Trump administration’s cutbacks on regulations meant to protect vulnerable students from discrimination, exploitation or civil rights violations. But some of these goals could take a back seat as Biden’s administration prepares to oversee an unprecedented public health crisis that has gone on for nearly a year and impacted the education of millions of children across the country.

The districts not only need funds to help protect students and staff with protective gear, testing and tracing, and sanitation products, but they also need services to support students who are falling behind academically as a result of the switch to remote learning in many parts of the country, which is inaccessible to some.

The president-elect’s pick for Education secretary, Miguel Cardona, is a former public school teacher who served as Connecticut’s education commissioner, fulfilling Biden’s promise to nominate a person with public education experience. The Department of Education generally has more influence over higher education than K-12 schools, and education experts are waiting to see who Cardona selects to oversee higher education policy.

Affordability of colleges and universities was a key issue in the 2020 Democratic presidential primaries. Biden has said his administration hopes to provide tuition-free community college for everyone and tuition-free public education for students from low-income families, and has suggested he may forgive some federal student loans, though he said he’s “unlikely” to go as far as some progressives have asked — forgiving $50,000 or more per student.

Some of what Biden hopes to achieve on education would require support from Congress, and could be held up by Republicans who typically criticize federal attempts to control how states run their school systems. But Biden will not need Congress to take other actions, such as reinstating any Obama-era guidance Trump did away with.

Biden’s Education Department has an opportunity to partner with state officials to address the needs of their students and educators, particularly when it comes to the widening achievement gaps created by the pandemic, said Kimberly Jenkins Robinson, a law professor with the University of Virginia.

“My hope is that President Biden will establish his own footprint in education and civil rights that would be forward looking and that will speak to the moment that we’re in,” Robinson said. 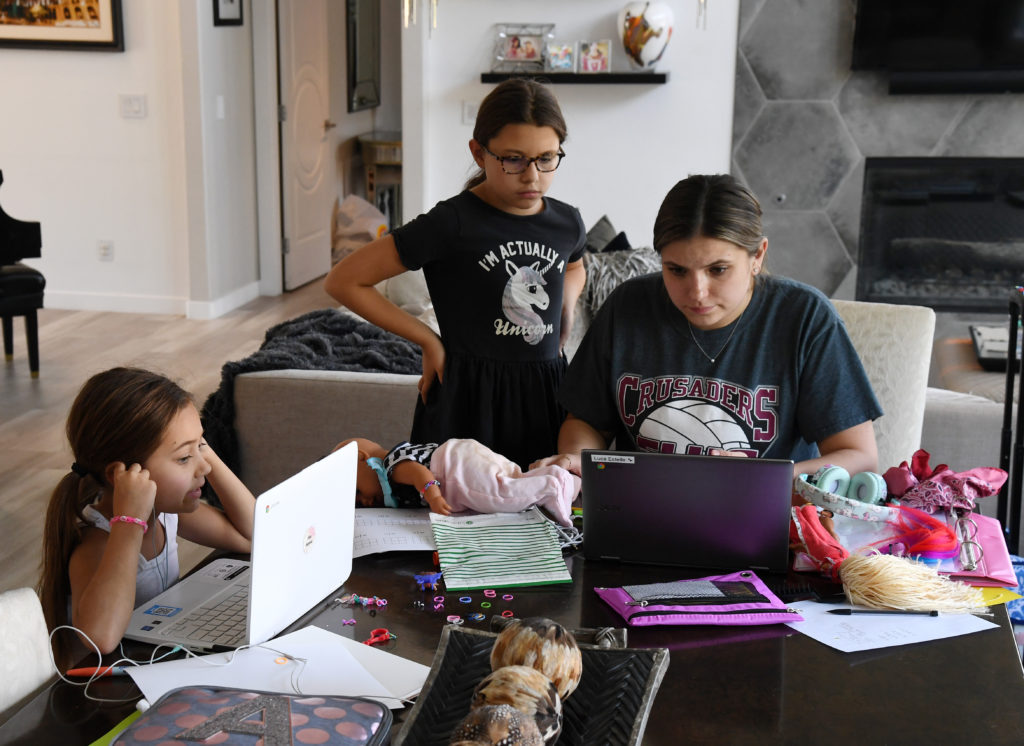 The current most pressing issue facing schools is the coronavirus pandemic. As of mid-December, only four states had ordered K-12 schools to reopen for in-person classes, according to data from Education Week. Thirty-seven states have given individual school districts discretion over whether to reopen.

As education commissioner for Connecticut, Cardona championed reopening schools in the state with proper safety measures, though he has left reopening decisions up to individual local schools.

The first step to getting students back in classrooms is to get the virus under control, said Dr. Mario Ramirez, who served as an acting director for the Office of Pandemics and Emerging Threats under President Barack Obama. The country is currently experiencing an average of nearly 170,000 new confirmed COVID-19 infections daily, according to Johns Hopkins University.

“Unfortunately we passed the point where it’s a question of whether or not disease is spreading in schools,” Ramirez said. “If we can’t get the disease under better control in this country, soon enough nobody is going to be able to go anywhere.”

President Donald Trump demanded that schools reopen without proposing a plan to do so safely and threatened to cut funding to those that refused, though he faced questions over whether he had such authority and never followed through on his threat. Biden is urging a more cautious approach with regard to reopening that begins with expanding testing and tracing and the supply of personal protective equipment. Biden has endorsed allocating at least $88 billion to stabilize state education funding and to cover pandemic safety expenses.

The new relief package signed by Trump on Sunday provides $82 billion for education — $51 billion more than the CARES Act signed in March. But the measure does not include any funding to state and local governments, which Democrats pushed for, but Republicans have opposed. It’s unclear what additional aid Biden may seek, which would require congressional approval, and Republican support if the GOP retains control of the Senate following two runoff races in Georgia.

READ MORE: After four years of ‘America First,’ what will U.S. foreign policy look like under Biden?

Prior to the pandemic, states were still recovering from the Great Recession. Now data suggests state revenues have plummeted during the pandemic, leading to massive proposed budget cuts to areas like education at a time when extra funds are needed to expand remote learning opportunities or reopen safely.

Andrew Buher, former chief operating officer of the New York City Department of Education, says education gaps between students have grown wider as a result of the pandemic. Though projections remain unclear at this point, education researchers expect K-12 students, particularly those from low-income backgrounds, to experience significant learning loss as a result of inadequate remote options.

“To get kids back to grade level is going to take a really coherent national strategy and the associated resources to support what is going to be a major lift,” Buher said.

Researchers are finding differences not only in the access to remote learning technology, but also in the quality of the online teaching students are receiving, said Robinson, who previously served in the General Counsel’s Office of the U.S. Department of Education from 1999 to 2004.

Robinson added that, beyond academics, schools need an infusion of funds to address
“the emotional psychological challenges that children are dealing with, the traumas that the pandemic is bringing.”

Biden’s Education Department is expected to restore Obama-era guidance, which in many cases will be a simple process because DeVos did not solidify many of her changes through the more cumbersome rulemaking process. DeVos has generated a lot of controversy, “but not a lot of action,” said Michael Petrilli, president of the conservative Thomas B. Fordham Institute. “It’s certainly not a lot of action that can’t be undone pretty quickly by the new administration.”

READ MORE: What a Biden administration could mean for criminal justice reform

But other measures will take more time, possibly years, for Biden to undo. DeVos repealed an Obama “rule” — which is more binding than guidance — meant to crack down on “predatory” for-profit colleges by requiring them, in order to receive federal funding, to demonstrate that their graduates could obtain gainful employment.

Another DeVos rule change is the process for handling some cases involving Title IX, the law that prohibits sex discrimination at federally funded schools. The Education Department’s final rule mandated a judicial-style process for students accused of sexual assault, during which the accused and accuser could be cross-examined in a live hearing.

Biden has promised to put a “quick end” to this Title IX policy, but this will either need congressional support or his Education Department will have to go through a similar rulemaking process, which involves a public comment period and review of the public comments by the agency, said Kenneth Wong, a professor of education policy with Brown University. That process could take years.

Reinstating Obama’s oversight of for-profit colleges may require Biden’s administration to undergo the rulemaking procedure as well, pending an ongoing lawsuit against DeVos’ decision to repeal the rule. 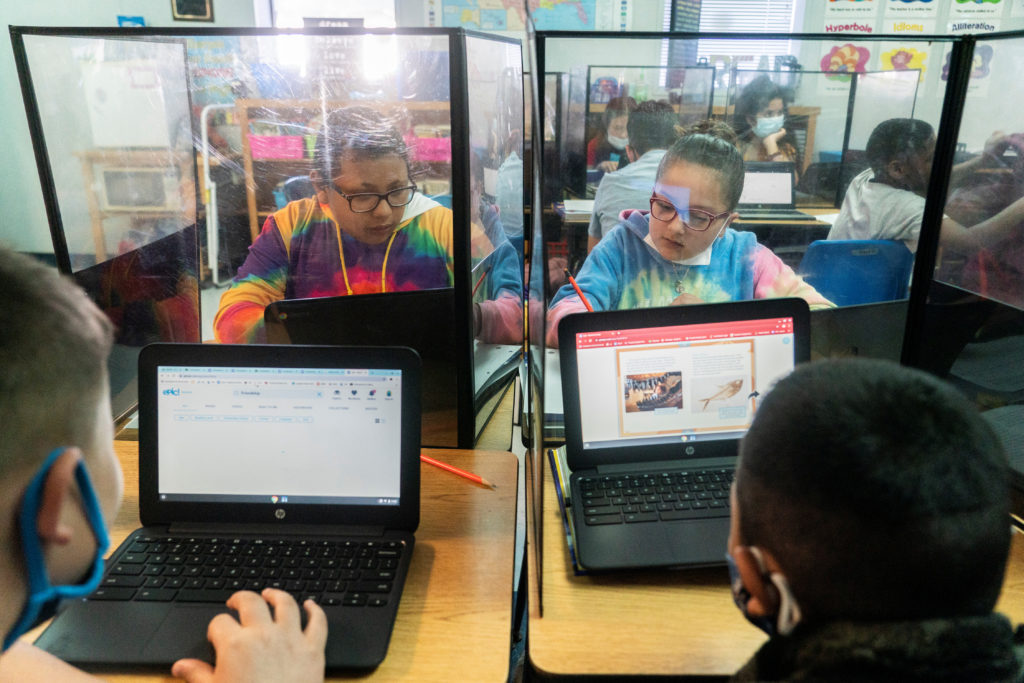 Access to affordable and equitable education was a focus during the Democratic presidential primaries, and concern surrounding access has intensified amid the pandemic. States are the largest sources of funding for K-12 schools, but as declining tax revenues are forcing them to cut their budgets during the pandemic, some education experts are concerned about the impact on students, particularly those in under-resourced school districts.

DeVos, a fierce champion for private and charter schools, regularly proposed billions of dollars be cut from the department’s budget for public schools. Most recently, she attempted to redirect pandemic relief funds meant for public schools that serve low-income students to private schools. A federal judge in September ruled against the effort.

Biden has said he opposes using public money for private K-12 schools and has criticized low-performing and for-profit charter schools. More broadly, however, he has not heavily weighed in on school choice, a system that provides public funding for students to attend the school of their choice — public, private or charter.

Teachers’ unions have been staunch opponents of charter schools and school choice. Some conservatives fear that incoming first lady Jill Biden’s membership with the country’s largest teacher’s union could influence the president-elect’s approach to charter schools.

For public schools, Biden has proposed significant investment that includes tripling funding for Title I, the federal program that funds schools with high numbers of students from low-income families. Such a push, if successful, could set the stage for the federal government to have more financial influence over K-12 schools, said Derek W. Black, a law professor who specializes in education law and policy and constitutional law with the University of South Carolina.

Currently about 8 percent of public school funding comes from the federal government, which means it has very little influence over how states distribute funding and resources to school districts. Through a practice he calls “educational gerrymandering,” Black’s research shows many states manipulate their funding formulas to provide less support for the neediest school districts.

Black believes that states will not fix segregation and inequality on their own. “They’re only going to stop doing it if the feds make them,” he said.

Increasing federal funding for states could allow the Biden administration to mandate certain requirements as a condition of receiving the funds. But making the case for more federal influence over state education policies will be a hard sell to Republicans, Petrilli of the Thomas B. Fordham Institute said.

Determining what specific conditions K-12 schools might be required to meet as a condition of funding would be another challenge and opportunity, Robinson said. In addition to using federal funds, Biden’s Education Department can also provide research to help schools adopt best practices, Robinson said. “That can have a tremendous impact. It saves the superintendents, the principals, teachers, from going out and trying to wade through all that research themselves,” she said.

READ MORE: More than 1.6 million have already voted in Georgia Senate runoffs, on par with early voting in general election

On college affordability, Biden’s plan calls for doubling Pell Grant funding, making four-year public colleges and universities tuition-free for students with family incomes less than $125,000, as well as two free years of community college or other training programs. While public surveys indicate growing bipartisan support for tuition-free education, the specifics of how such a system would be implemented remain in dispute among some state and congressional lawmakers.

Left: In this screenshot from a livestream of the 2020 Democratic National Convention, former Vice President Joe Biden holds a mask in his hand as he joins Former Second Lady Dr. Jill Biden in a classroom after she addressed the virtual convention on August 18, 2020. Photo by Handout/DNCC via Getty Images