How the U.S. is trying to improve election security ahead of 2020

In his congressional hearings, former special counsel Robert Mueller reminded Americans not to overlook a crucial finding from his investigation: Russia’s “multiple and systematic” efforts to interfere in the 2016 presidential election.

McConnell blocked a new election security bill Thursday after it passed the House , saying it was a partisan effort by Democrats that lacked Republican support. McConnell’s latest move came the same day that the Senate Intelligence Committee released a report that found every state in the country was targeted by Russia during the 2016 election.

The problem of election security predates the special counsel’s investigation; election security legislation has been facing roadblocks for over a year in Congress, and little activity on the issue is expected in the coming months.

Other branches of government have made more progress. Here are some of the steps the federal government has taken to help secure elections in the U.S., as well as some of the possible disinformation threats that could reappear in 2020.

There is no shortage of legislative efforts to secure elections. Legislation is pending in both chambers of Congress, but has not yet moved forward.

The Secure Elections Act, cosponsored by Sens. James Lankford, R-Okla., and Amy Klobuchar, D-Minn. is one of the main bipartisan efforts in Congress. The bill, first introduced in 2017, would provide money to states to phase out paperless voting systems, which are easier to hack. It would also speed up security clearances for state election officials and mandate more rigorous post-election audits of results. But these efforts have stalled due to opposition from Republican leadership in Congress.

Another Democratic proposal in Congress is a $1 billion Election Assistance Commission, a program that would provide grants to state and local officials to replace aging voting infrastructure. The bill, which was introduced by Rep. Bennie Thompson, D-Miss., and referred to the Subcommittee on Cybersecurity, Infrastructure Protection, and Innovation, would also provide $175 million for states to help maintain election infrastructure.

Sen. Ron Wyden, D-Ore., introduced the Protecting American Votes and Elections Act, which also mandates paper ballots and “risk-limiting audits,” which involve hand counting a percentage of votes regardless of margin of victory. 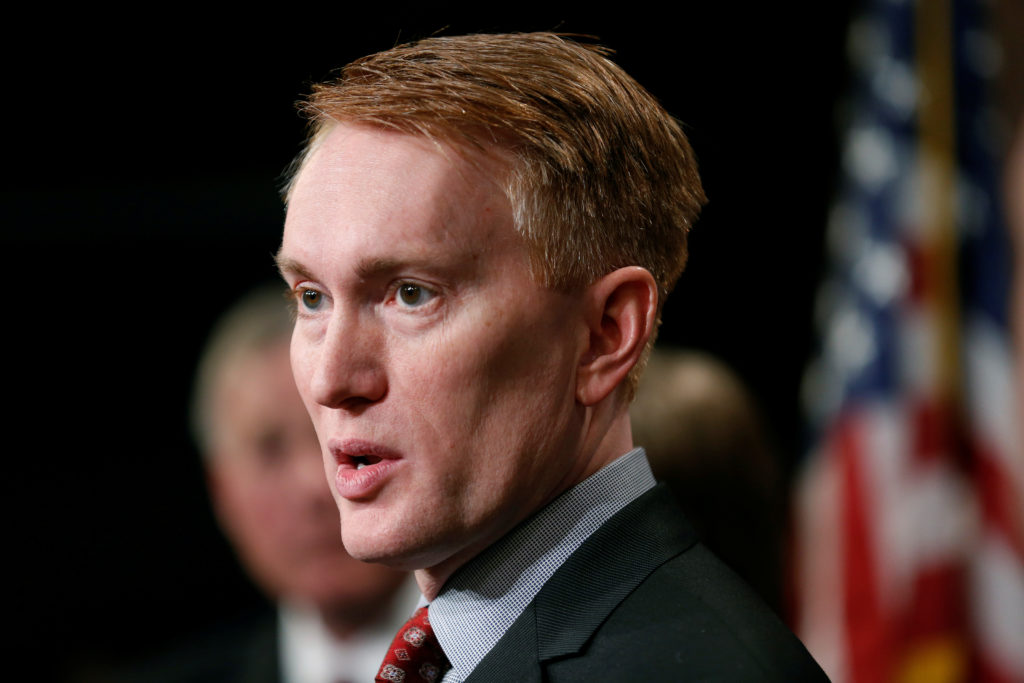 To fight the spread of misinformation, Klobuchar and Sen. Mark Warner, D-Va., introduced the Honest Ads Act, which would require social media platforms to disclose who paid for political ads. The bill did not get a hearing last year in the Senate when it was introduced. McConnell expressed concern about provisions in the measure that would require social media companies to disclose information about their audiences it targets. Mark Zuckerberg, Facebook’s CEO, has said he supports for this legislation.

The Senate did unanimously pass the bipartisan DETER Act, a bill that would deny visas to individuals who have meddled in U.S. elections.

What the Department of Homeland Security is doing now

In 2017, the Department of Homeland Security designated election systems as critical infrastructure, a label that allows the agency to prioritize requests for election support from state and local officials. Since then, Homeland Security has taken a variety of steps to improve the sharing of information between states and localities, as well as steps to identify threats.

As part of that effort, Homeland Security established the Elections Infrastructure Information Sharing and Analysis Center, a hub for information-sharing for states and local jurisdictions. Throughout the 2018 midterm elections, state and local election officials shared “a ton” of information about what kind of threats they were seeing on their networks, said Matthew Masterson, a senior adviser for the Homeland Security’s cybersecurity unit. The collaboration enabled the agency to help states manage risks, as well as disseminate information about possible threats across states, Masterson said.

“From 2016 to 2018, and then heading to 2020, our depth of understanding, our knowledge and visibility into election infrastructure and the threats and risks targeting it, are exponentially greater than what we had in 2016,” Masterson said.

“Our goal is always to take information and get it declassified and push it as broadly across the community as we can, so there’s a whole understanding of the risk and threats,” Masterson said.

Under the Consolidated Appropriations Act, one of the spending bills aimed at averting a government shutdown, DHS received $33 million for election security information sharing initiatives for fiscal year 2019.

Last year, Congress also appropriated $380 million to be distributed through the U.S. Elections Assistance Commission and out to states. The money helped fund standard security measures, such as training election workers on how to spot phishing emails, software patching and ensuring that election results have a verifiable paper trail.

Election security efforts by the military

In October 2018, before the midterm elections, the Pentagon launched its first cyber operation to block Russian interference in U.S. elections by targeting Russian operatives and alerting them that the U.S. military was tracking their activity online. In February, the U.S. Cyber Command, which receives intelligence from the National Security Agency, disrupted the activities of the Internet Research Agency, a troll farm located in St. Petersburg, Russia, the Washington Post reported. 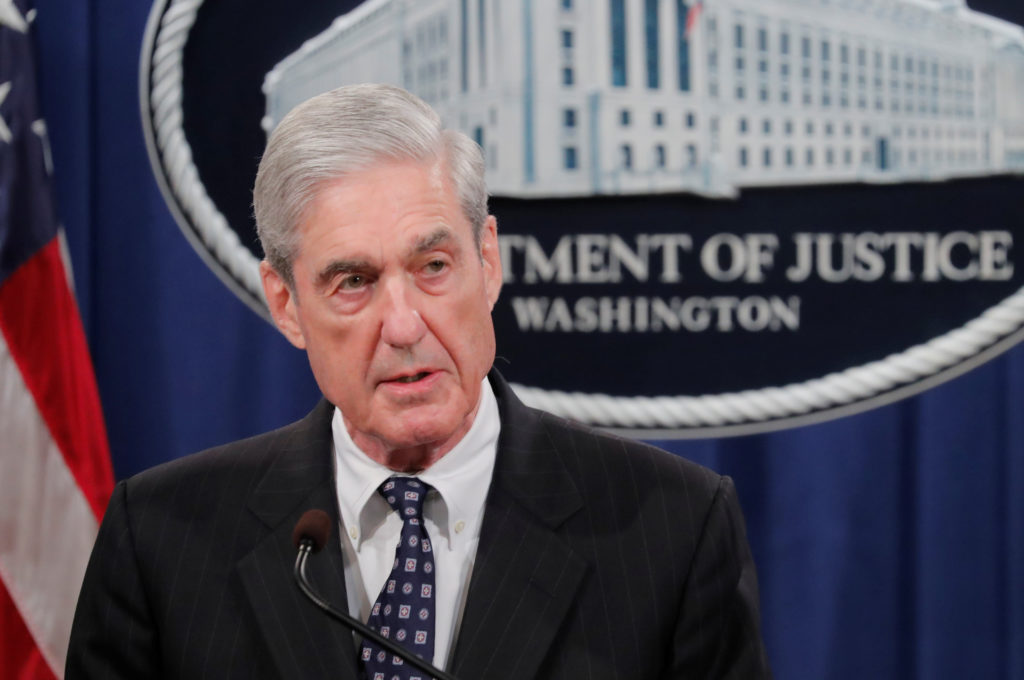 Robert Mueller warned of election hacking efforts in his report on Russian interference in the 2016 election. Photo by REUTERS/Jim Bourg

In September 2018, Trump signed an executive order on “Imposing Certain Sanctions in the Event of Foreign Interference in a United States Election.” The order allowed the White House to impose sanctions on foreign actors attempting to interfere with U.S. elections.

While lawmakers are pushing to pass sweeping laws that mandate paper ballots and protect elections systems, some experts are more wary of disinformation campaigns and their power to disrupt and polarize public discourse during elections.

Nina Jankowicz, a member of the Wilson Center Global Fellows program, said that social media meddling tactics by Russian actors in the Ukrainian presidential elections could be replicated in the 2020 U.S. presidential election. For example, there were efforts by bad actors to rent out user Facebook accounts to get around the advertising rules Facebook put in place in 2016, Jankowicz said.

“This would allow, for instance, Russians to rent out an account that is a real Ukrainian’s Facebook user account and then place political ads during the elections,” Jankowicz said.

Facebook’s new policy that incentivizes users to join groups could also be weaponized by disinformation campaigns that utilize fake groups to disseminate misleading and false information. An example of such a group is “Blacktivist,” a Russia-linked social media account that that’s no longer active. The group was mentioned in the Mueller report as one of the fake accounts used to sow discord during the 2016 presidential elections.

Russia does not have to launch a massive hacking campaign to interfere with U.S. elections. Disinformation campaigns are “low-cost and high-gain,” Jankowicz said. They do not follow a centralized approach, and are often run by a variety of actors that may or may not have connections to the Kremlin, Jankowicz added.

“While we know about the existence of the internet Research Agency, I’m sure that there are many other actors, governmental and non-governmental, that are continuing to work along these exact same lines,” Jankowicz said.

Disinformation about cyber threats could be particularly detrimental to the electoral process in the future, said Jessica Brandt, the head of policy and research at the Alliance for Securing Democracy.

“Attempts to manipulate the information space undermine Americans’ ability to have a constructive debate about the policy challenges before them, and cyber threats to our election infrastructure are real and concerning,” Brandt said. “The possibility of misinformation about cyber threats is especially concerning.”

Left: Voters take to the polls in Las Vegas on November 6, 2018. Election security remains an issue ahead of the 2020 presidential election. File photo by REUTERS/Eric Thayer