In a plain envelope, a monumental message: Mueller’s done

WASHINGTON — The manila envelope in her hand held a single sheet of paper.

Wearing a black puffer coat, the woman and her delivery were so unassuming in appearance that she was able to quietly slip past the crowd of reporters gathered in the hallways of the Rayburn House Office Building. Without being noticed, she was able to deliver to Congress the simple envelope that contained a monumental message: Special counsel Robert Mueller’s investigation into Russia’s interference into the 2016 election was over.

The probe had taken nearly two years and imperiled a presidency. It divided Washington, delivered charges against 34 people and drew the wrath of President Donald Trump. Speculation about its findings, and when they would be delivered, had consumed Washington for weeks. Fittingly for Mueller, who never once spoke publicly about the probe, the investigation concluded in a by-the-book, under-the-radar manner.

If you were wondering what Mueller was doing last night after filing his report, ⁦@playbookplus⁩ has the answer. pic.twitter.com/aWnBFsQZk2

The stakeout had grown as the week went on and the speculation mounted. The media frenzy only grew after Mueller, who is rarely spotted outside his office, was photographed arriving just after 7 a.m. Thursday with his face hidden underneath a baseball cap as he pulled up to the office’s parking garage in a gray Subaru. 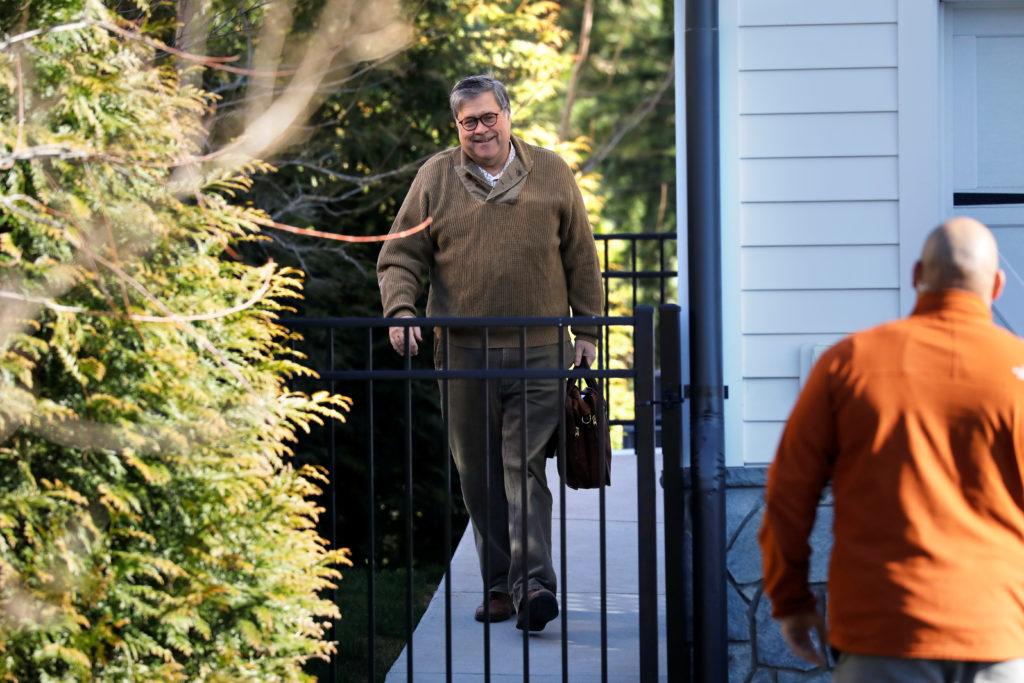 On Friday, the wind whipped as the journalists kept their eyes peeled on the office’s three different garage entrances. Families and tourists visiting Washington stopped over and over to ask the crowd of photographers and videographers what they were waiting for, some amazed they were right in the middle of a story that had dominated news coverage around the world.

In suburban Virginia, a crowd of journalists gathered outside Attorney General William Barr’s house with their eyes glued on the forest-green front door of his home. As he emerged Friday morning, his keys in one hand and a brown satchel in the other, Barr greeted his security detail and hopped into the back of a waiting SUV in his driveway.

He didn’t address the group of reporters gathered across the street. 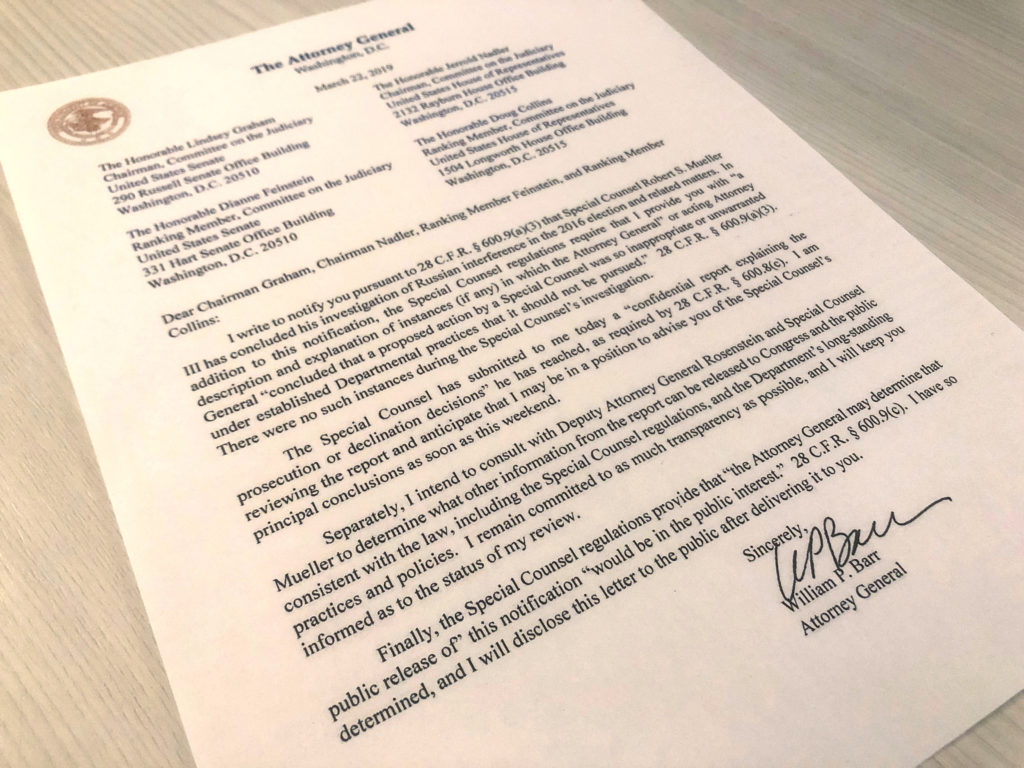 As the afternoon dragged on, reporters in newsrooms across Washington and onlookers around the globe furiously refreshed their Twitter feeds and stared at cable channels looking for anything labeled “This Just In.”

Television bookers lined up experts days in advance and told them to be on standby in case the report dropped. Twitter users killed time by musing about Mueller as a man with a crippling case of writer’s block, just sitting at his computer with a spinning cursor over a blank document titled, simply, “The Mueller Report.”

Left: The U.S. Capitol is seen after Special Counsel Robert Mueller handed in his report to Attorney General William Barr on his investigation into Russia's role in the 2016 presidential election and any potential wrongdoing by U.S. President Donald Trump in Washington, U.S., March 22, 2019. Photo by Carlos Barria/Reuters